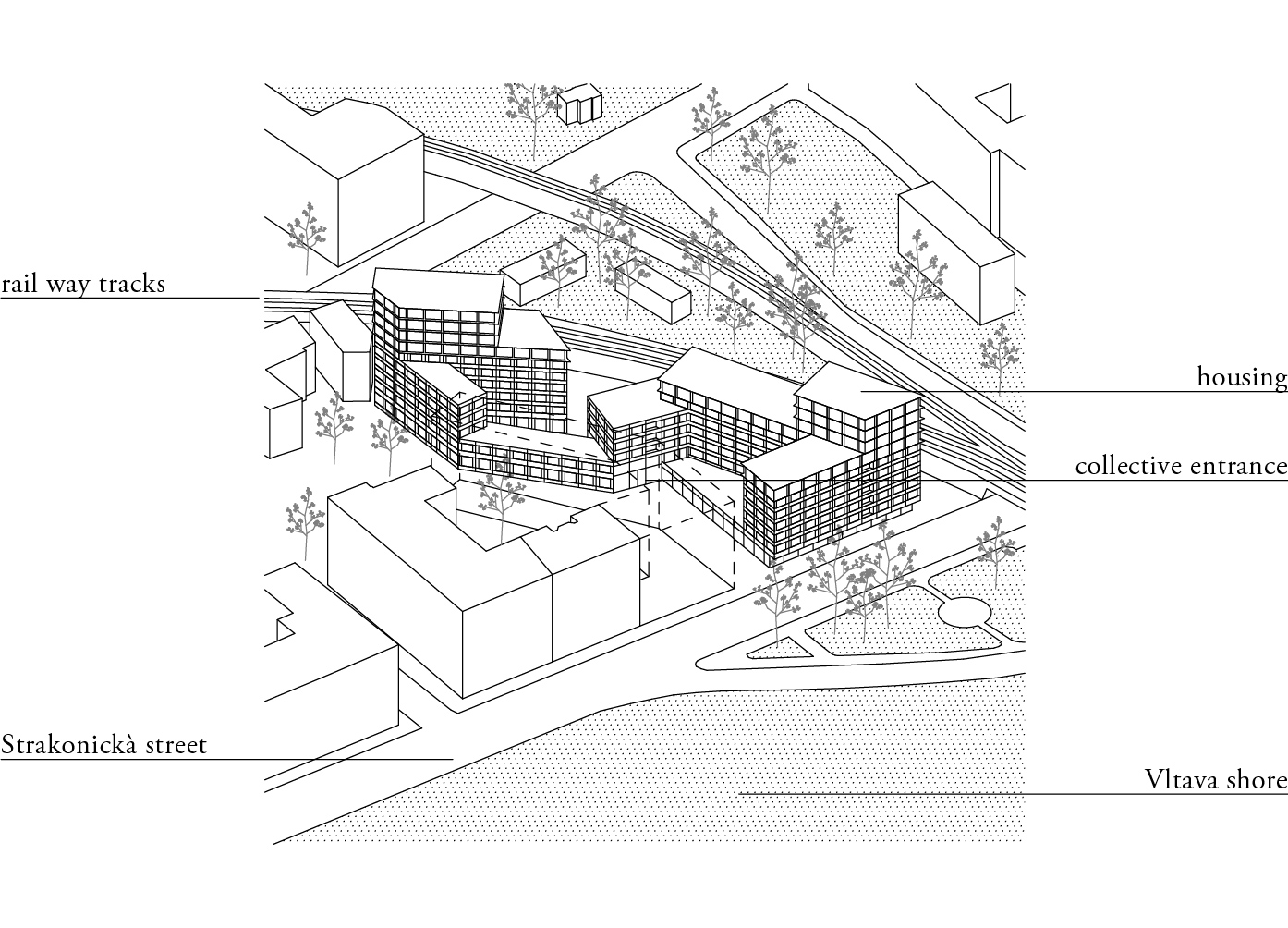 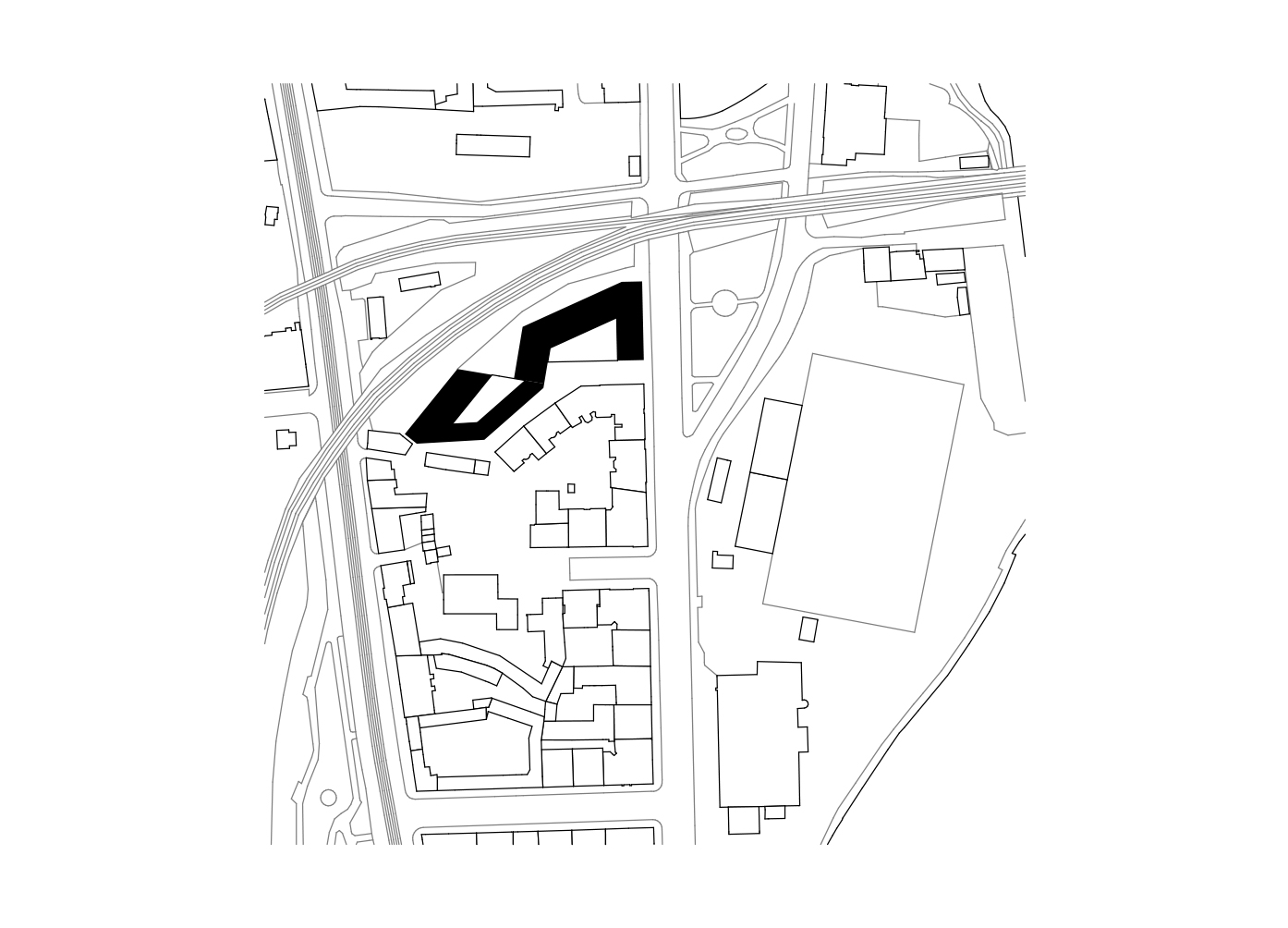 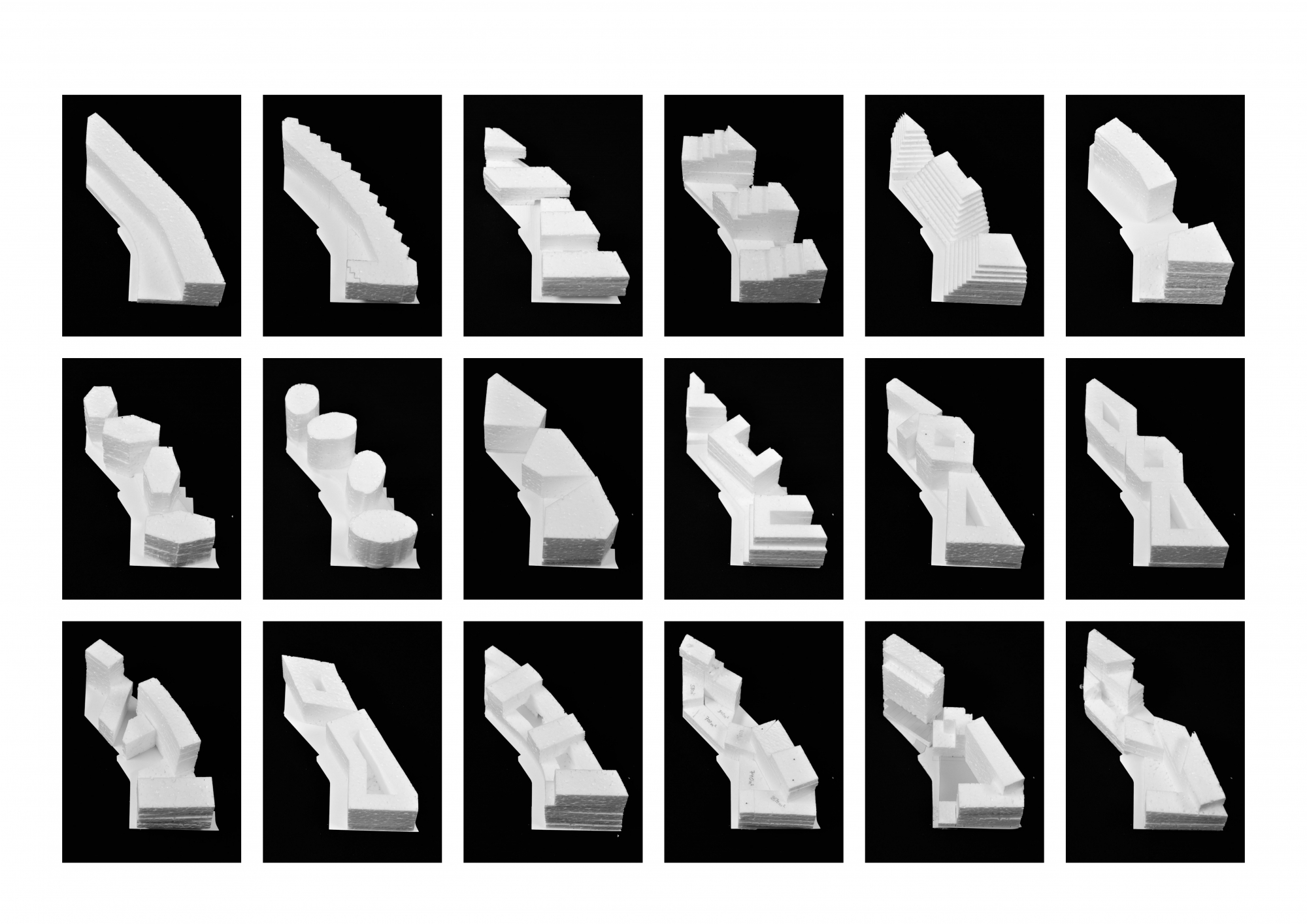 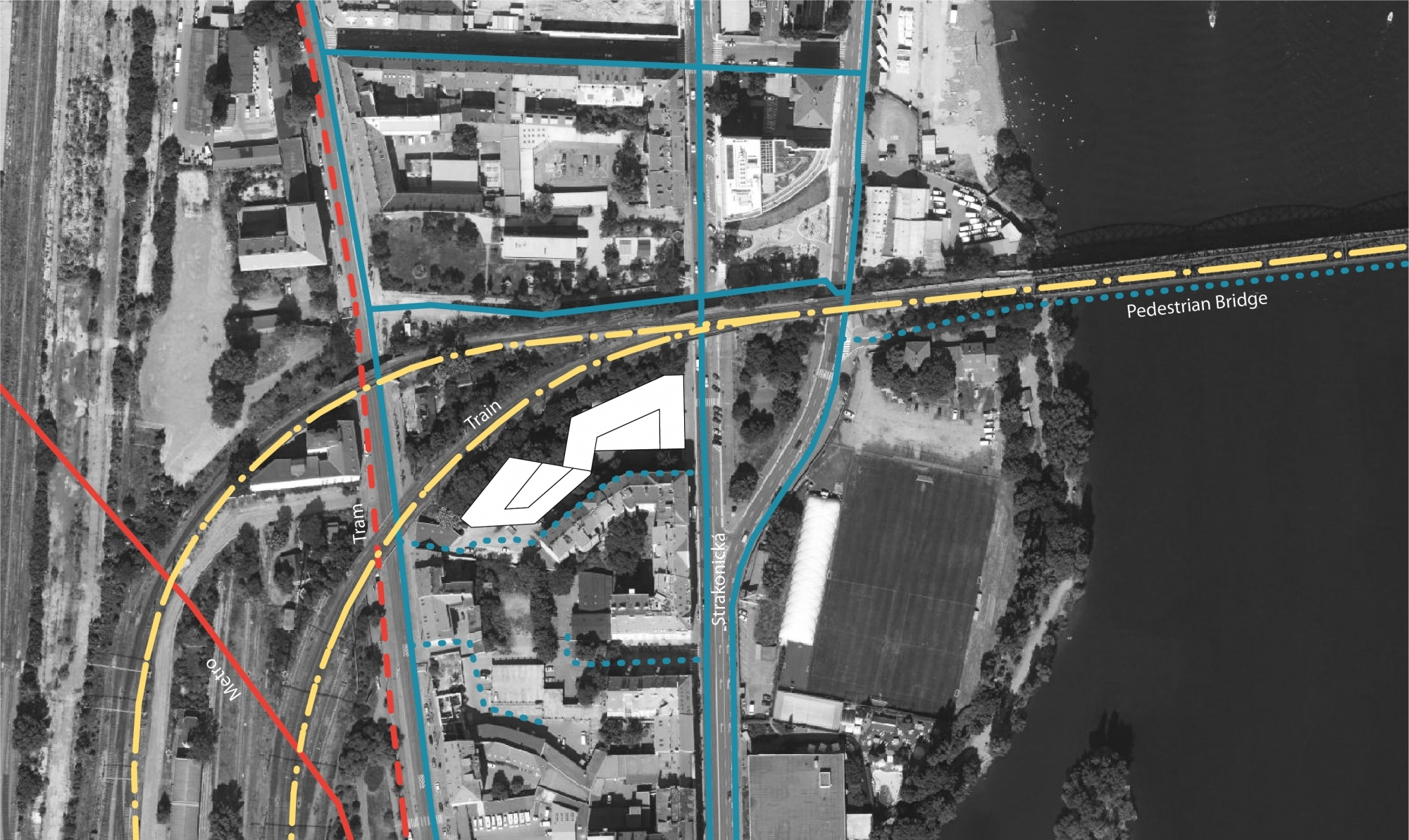 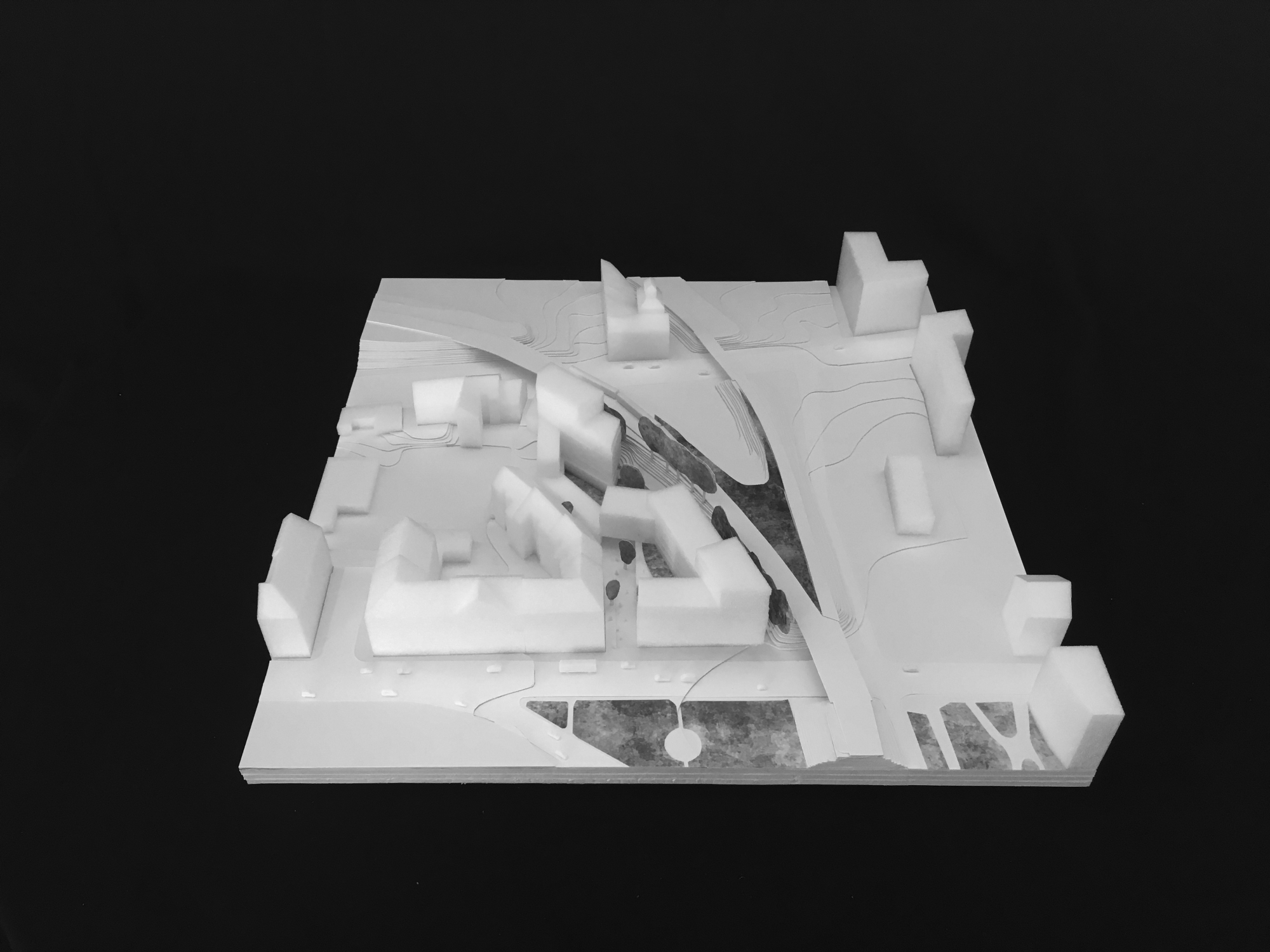 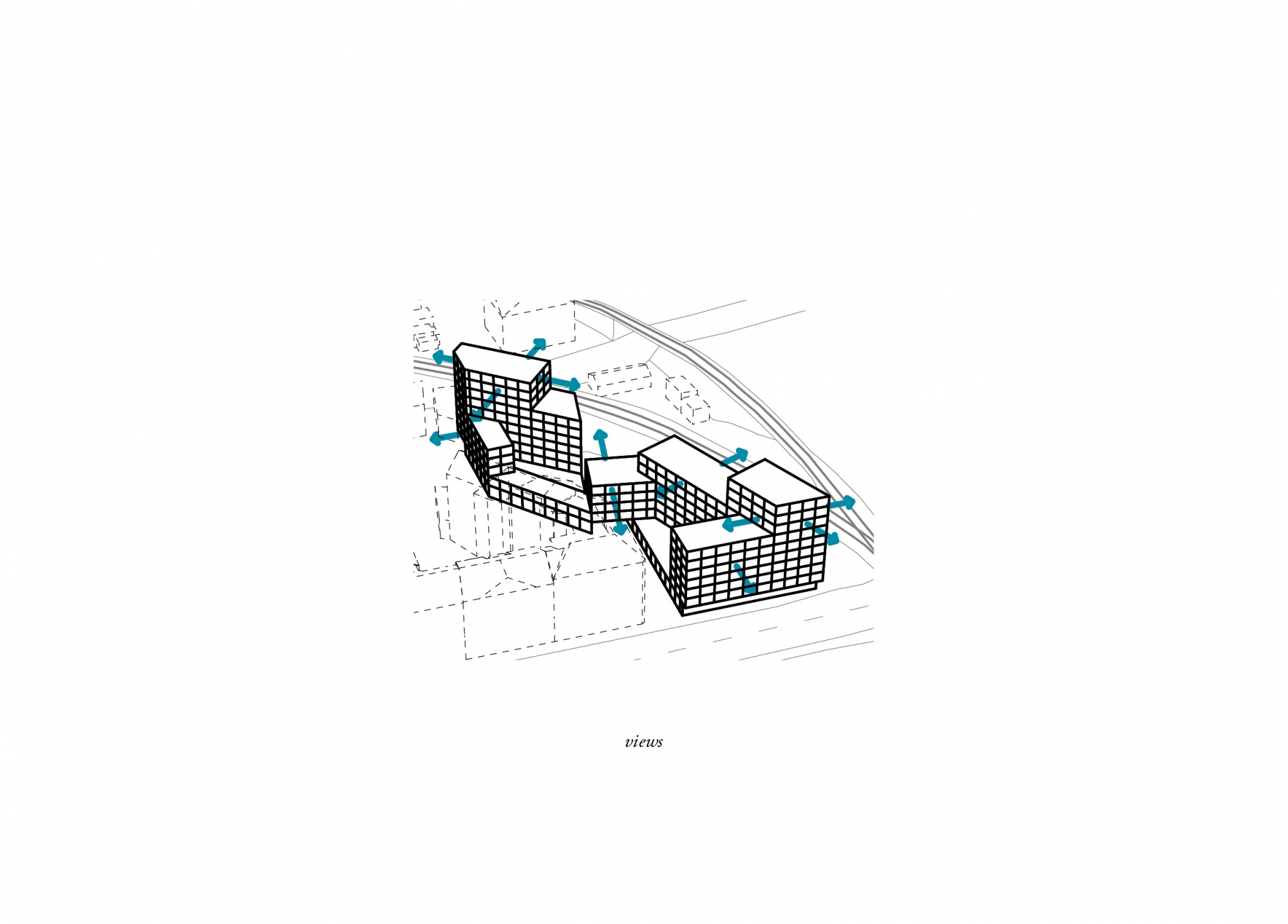 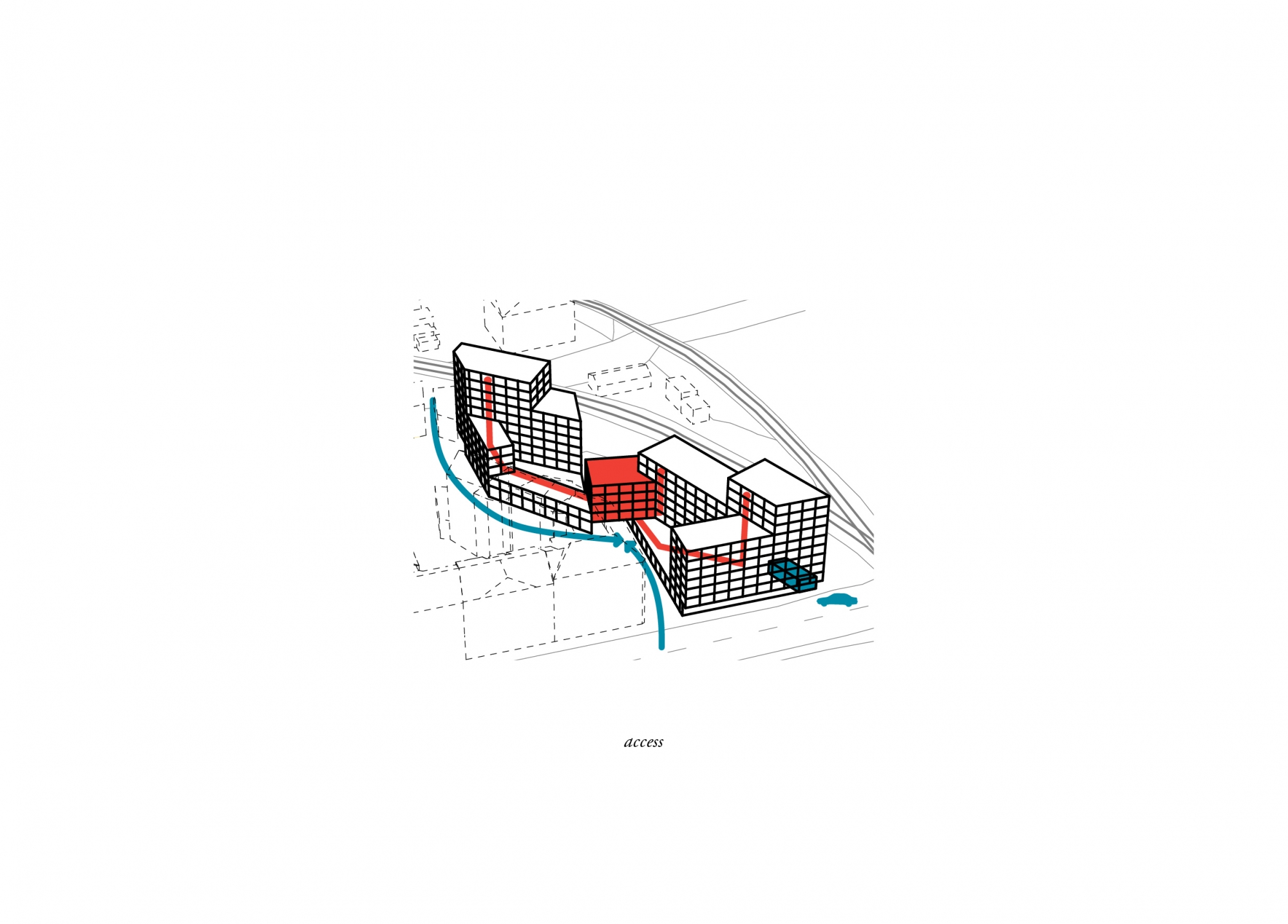 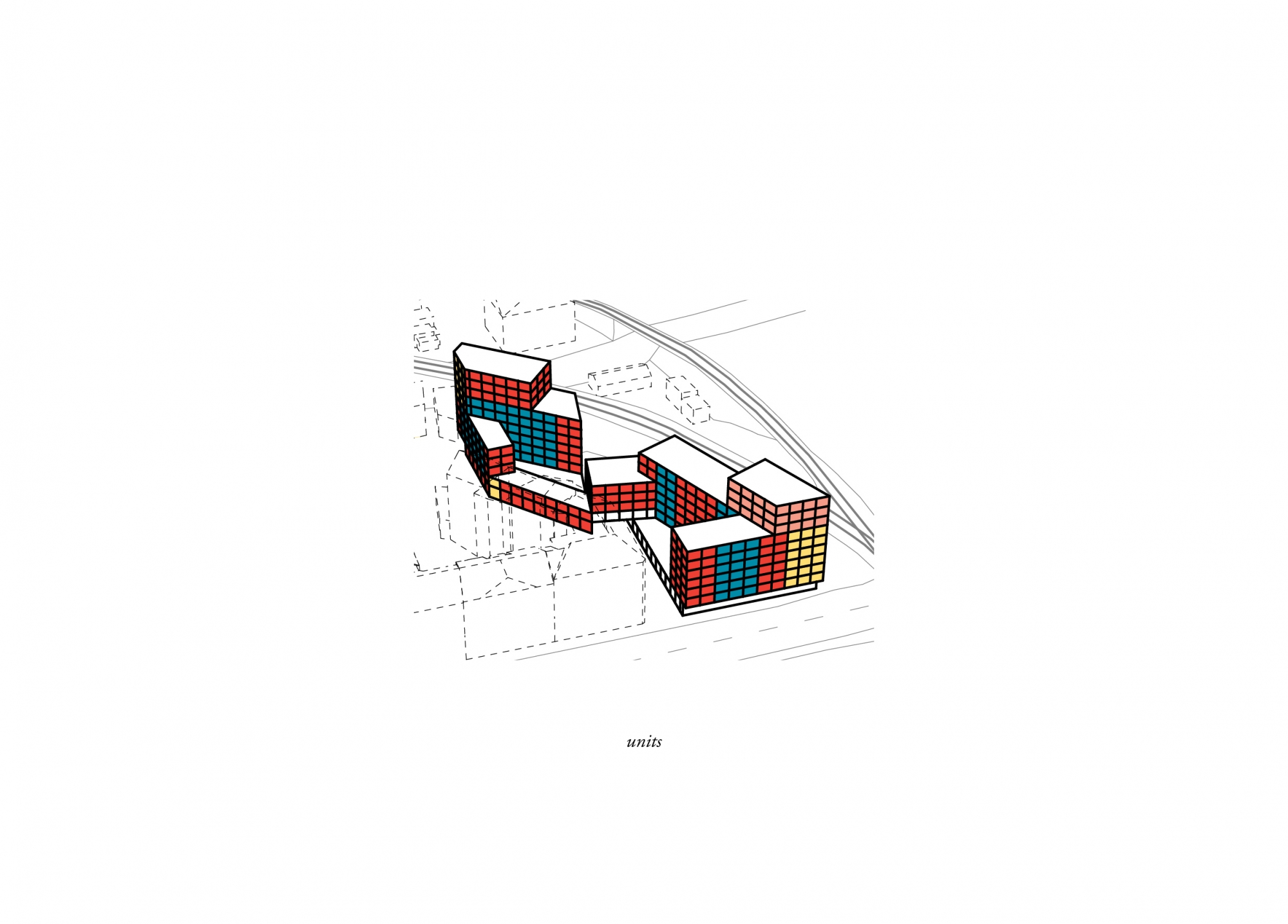 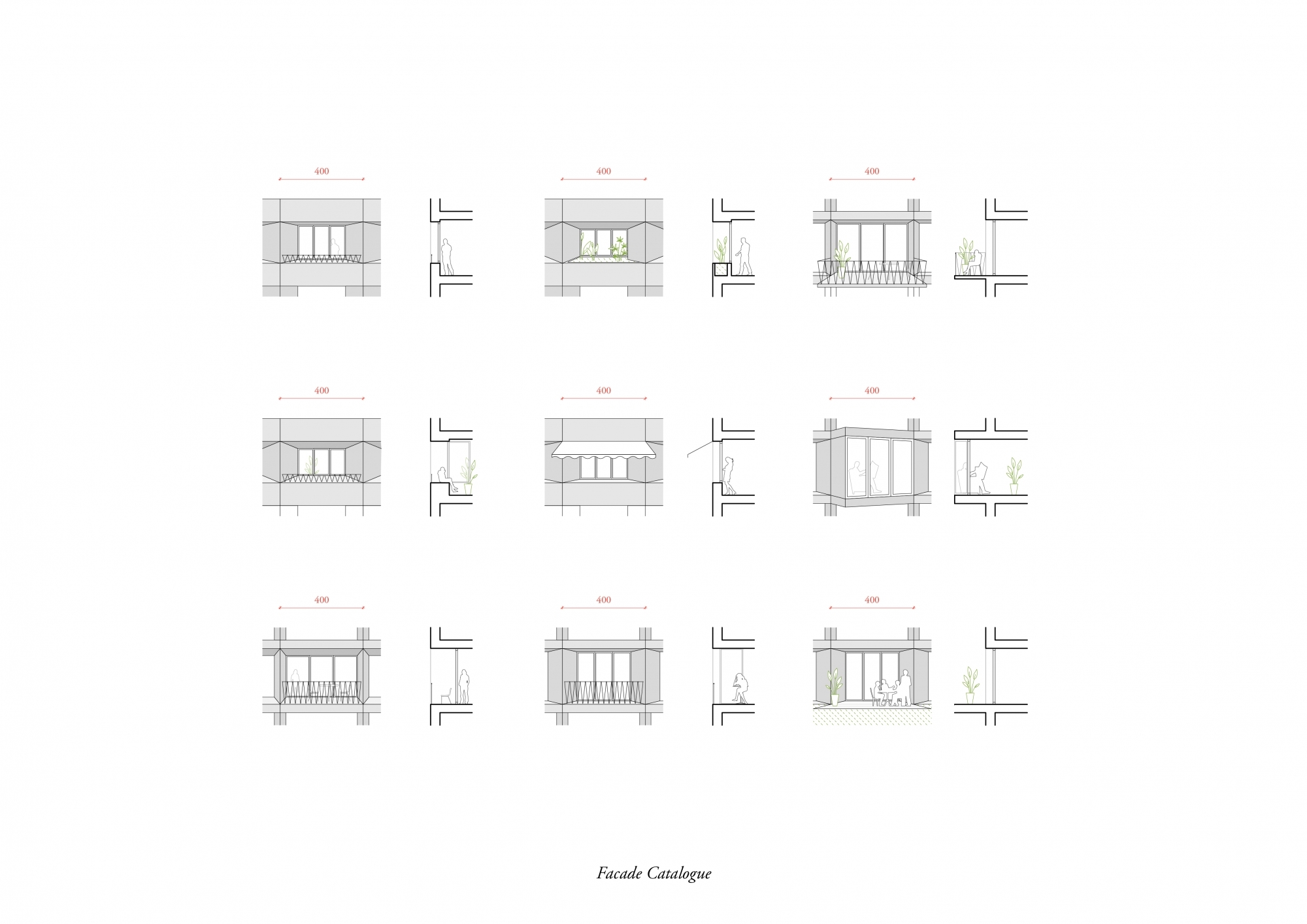 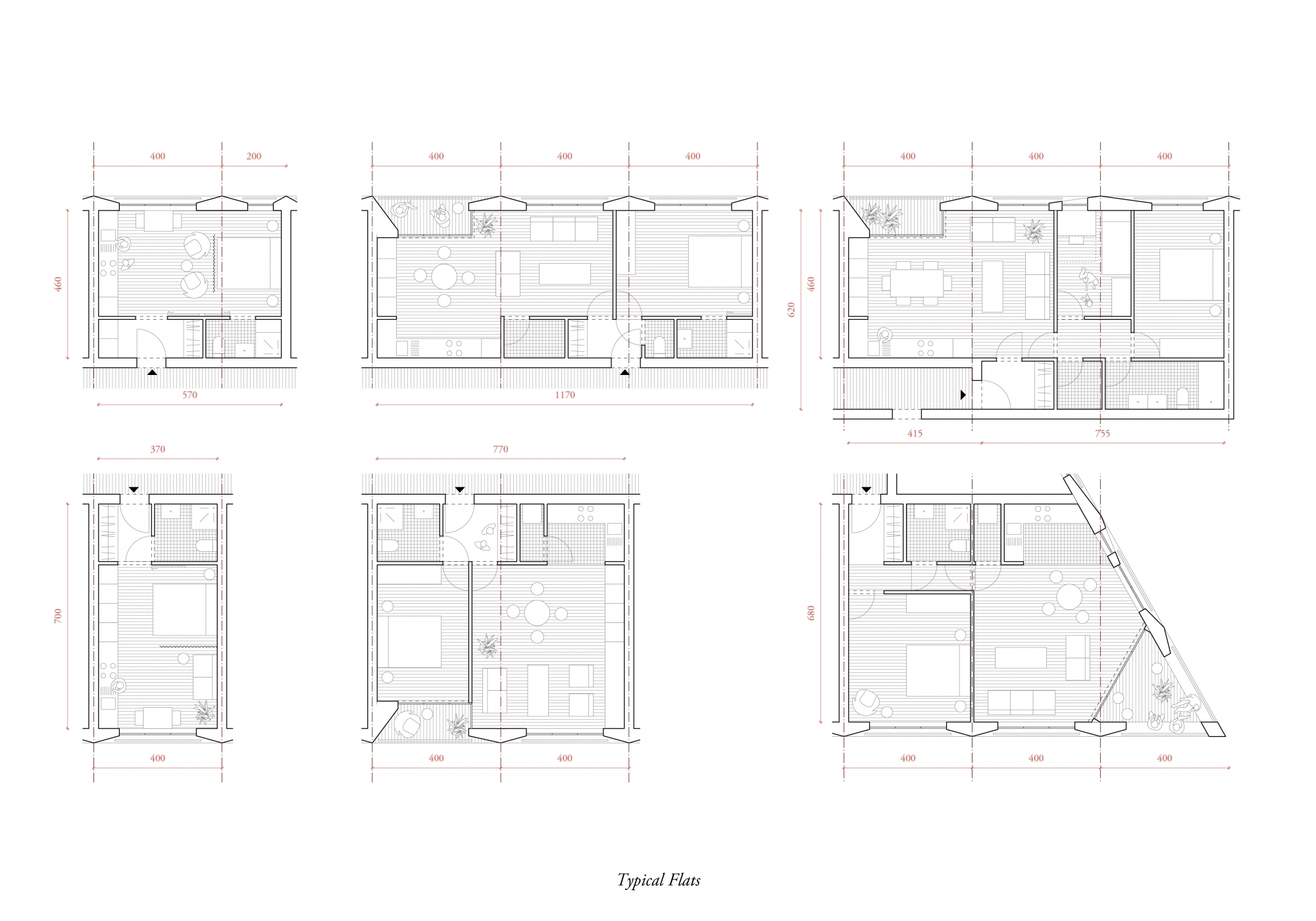 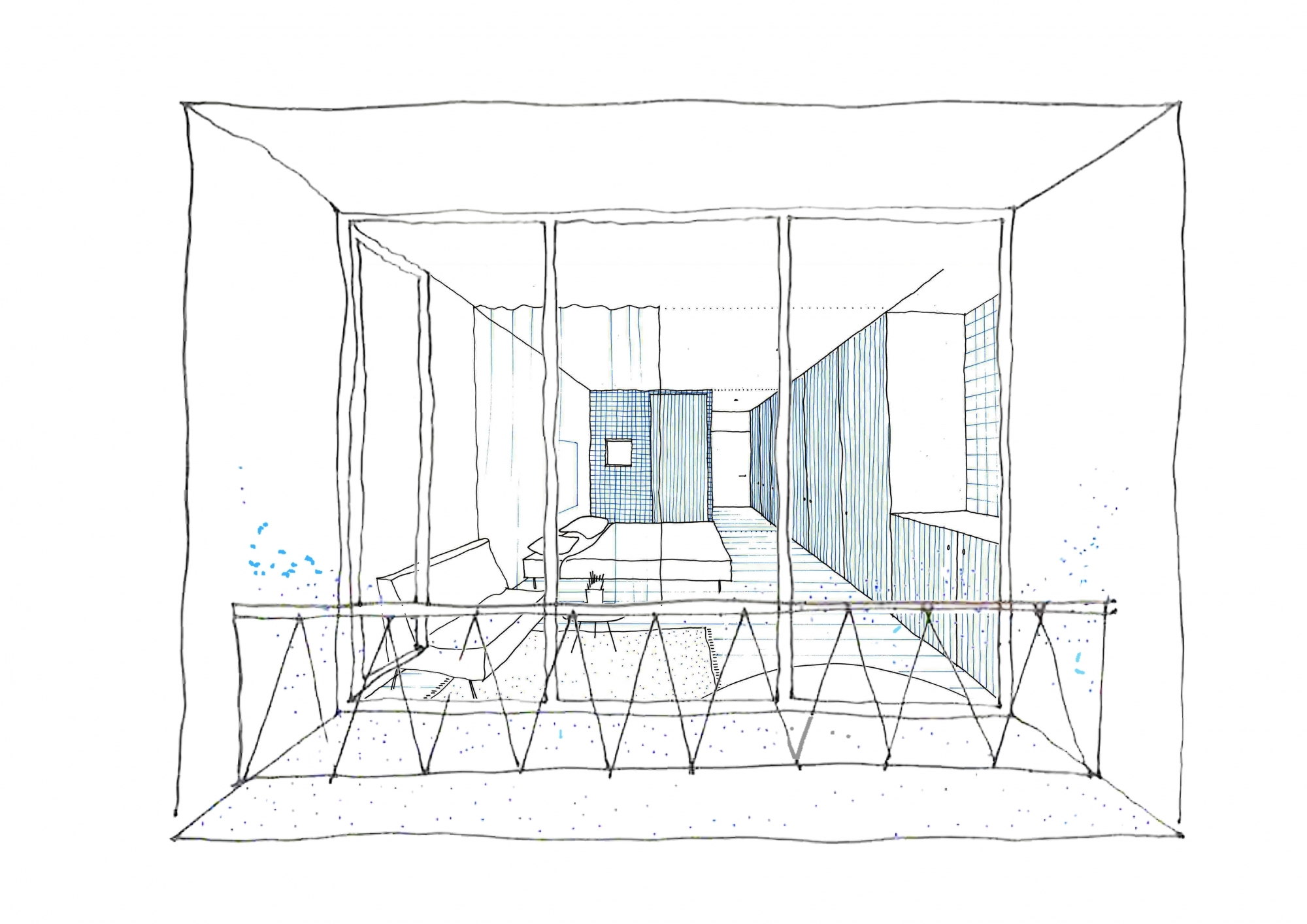 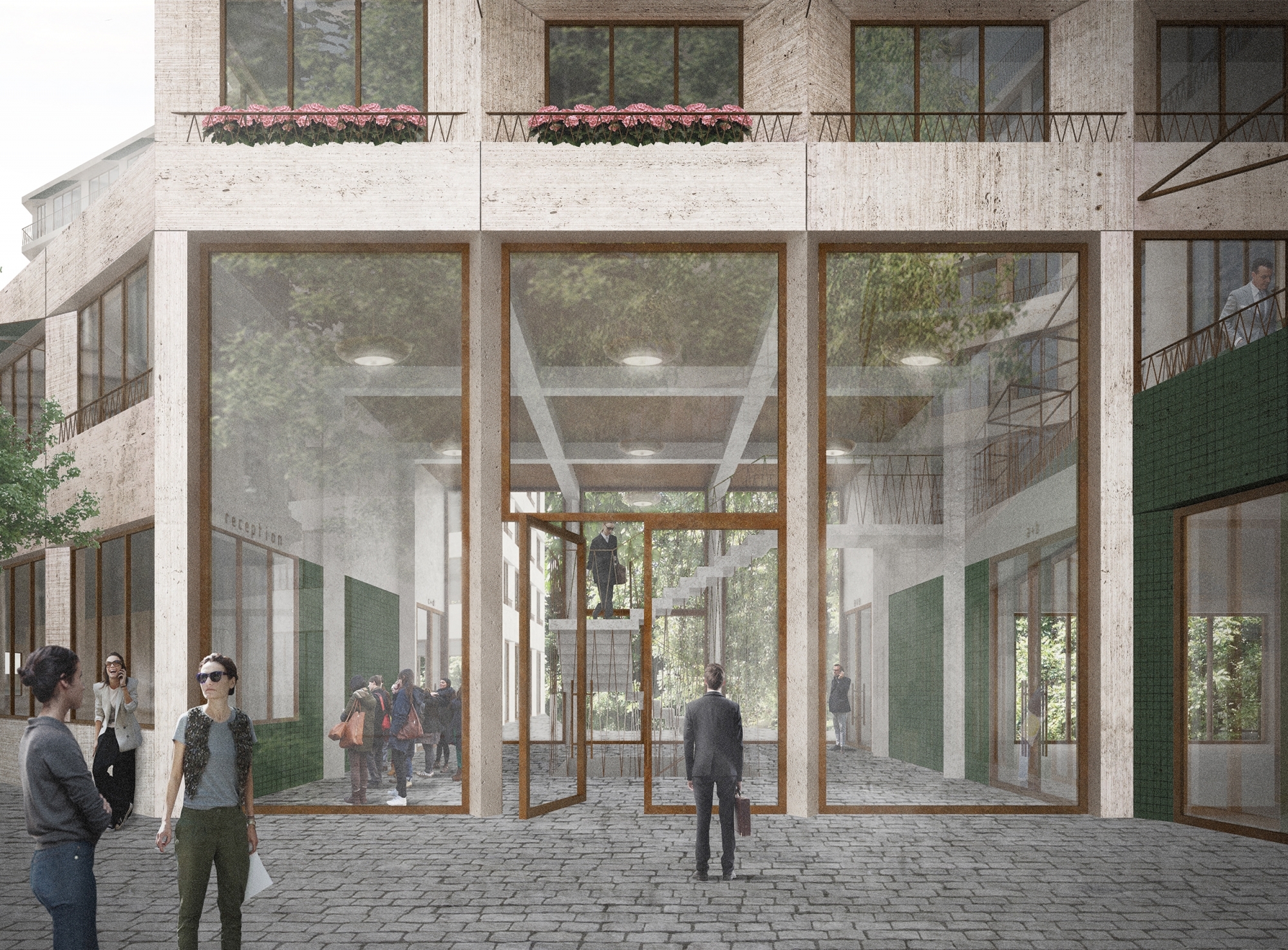 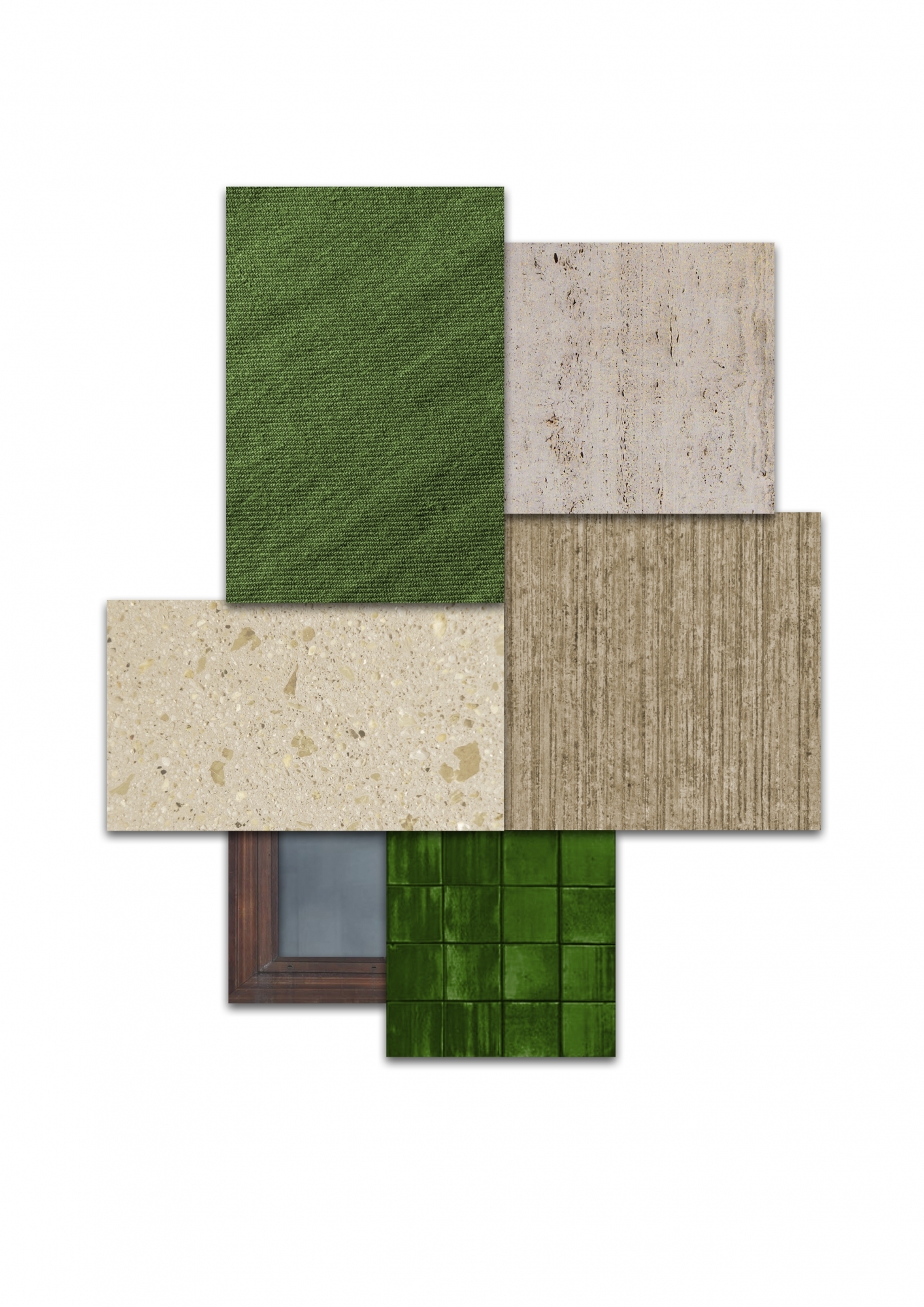 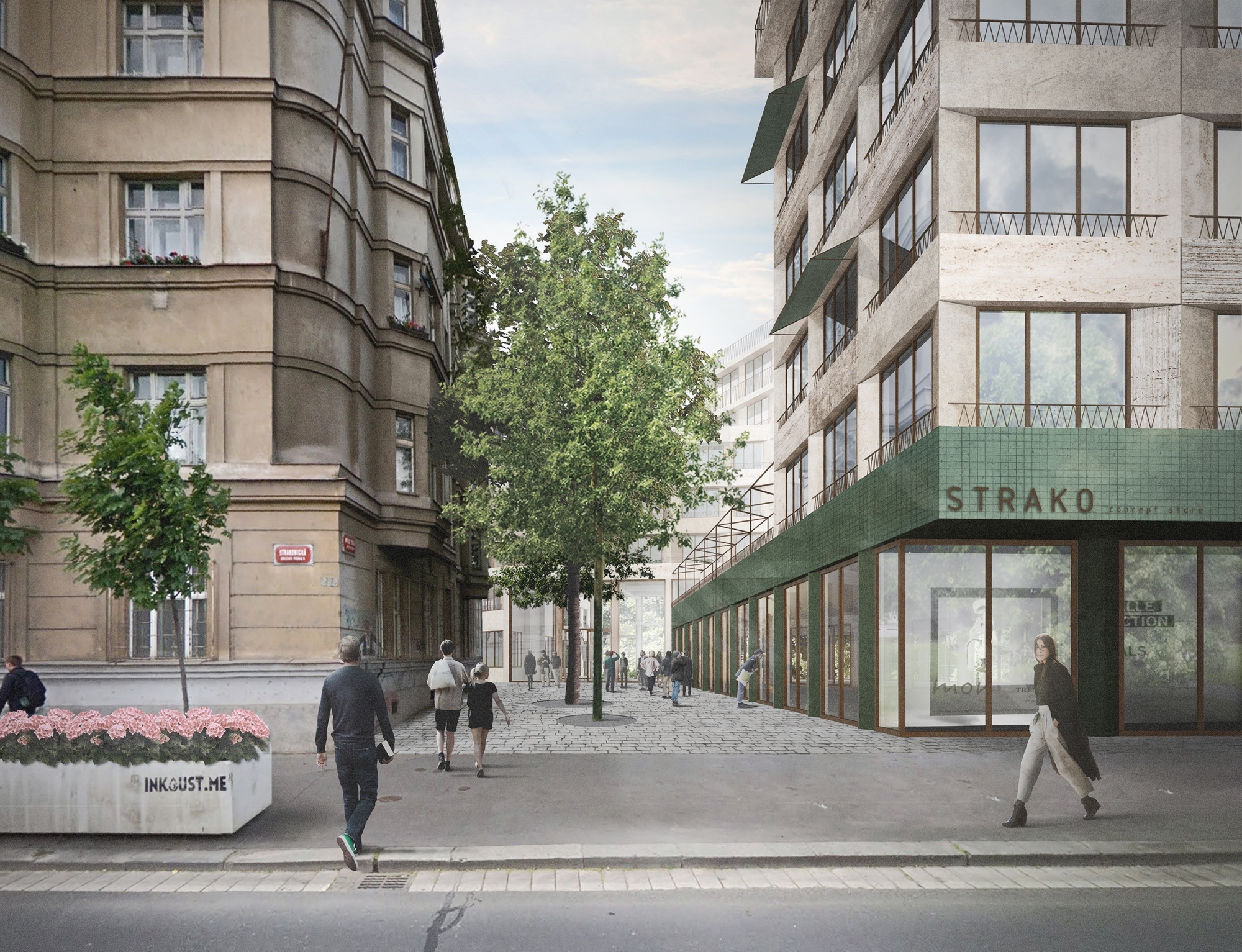 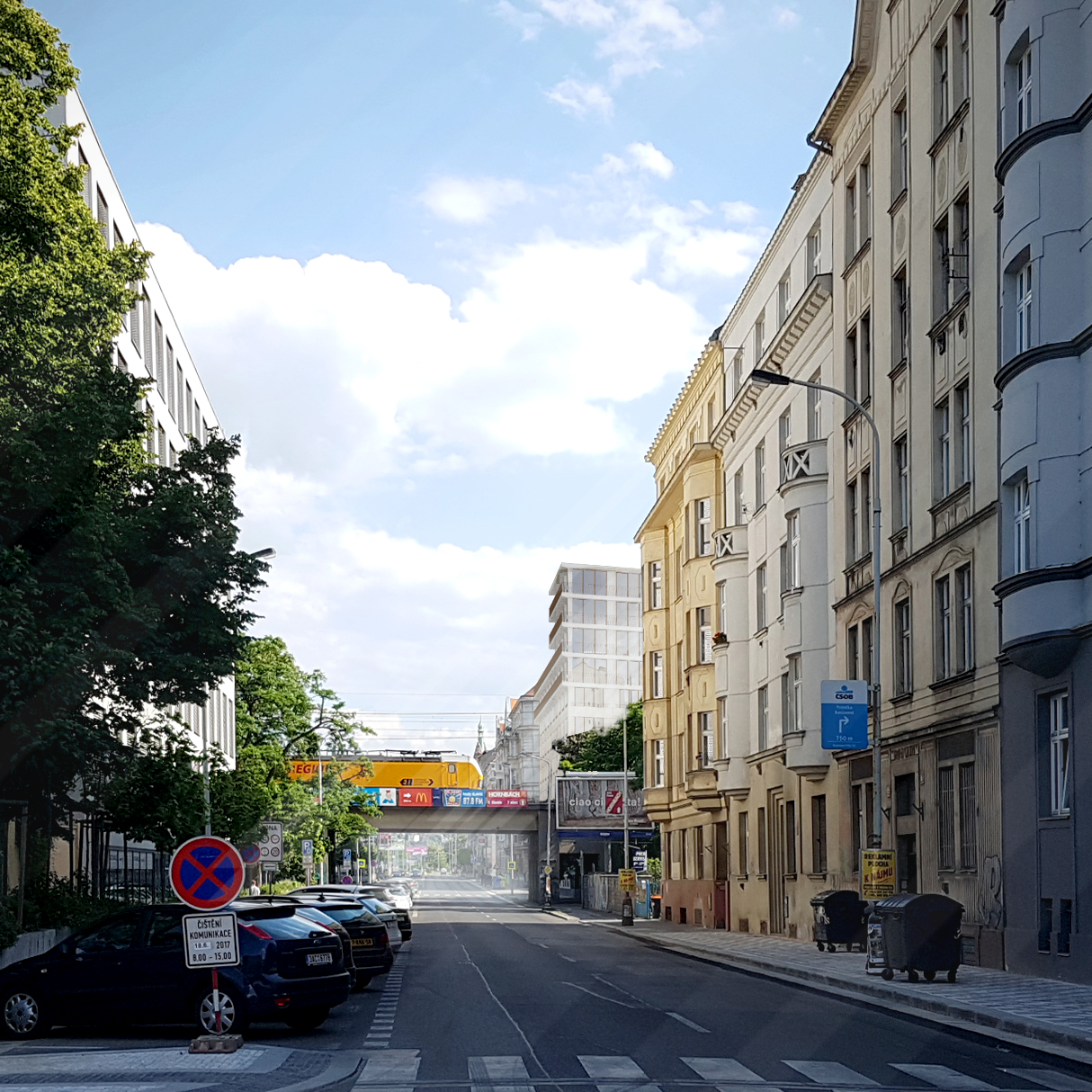 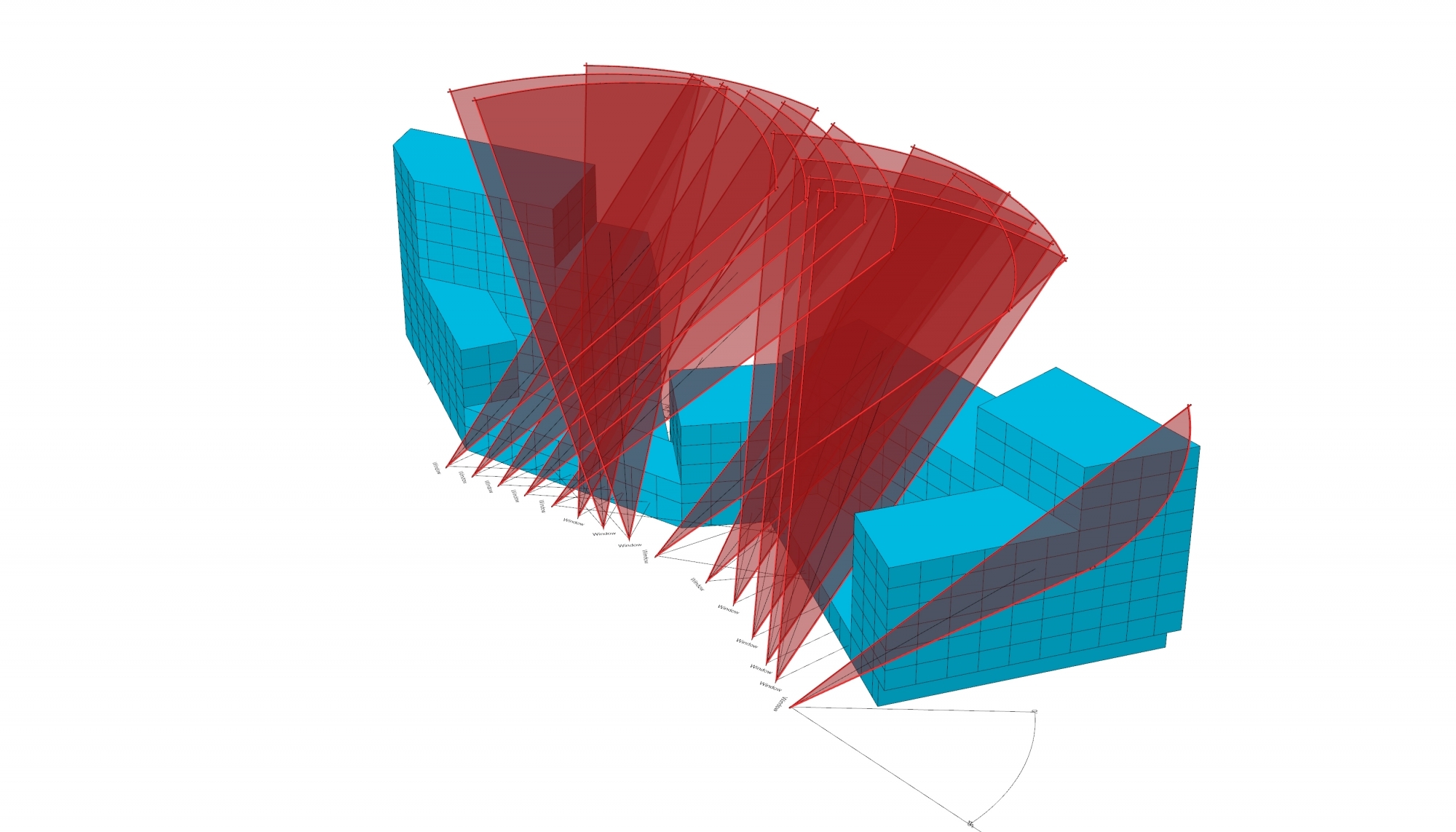 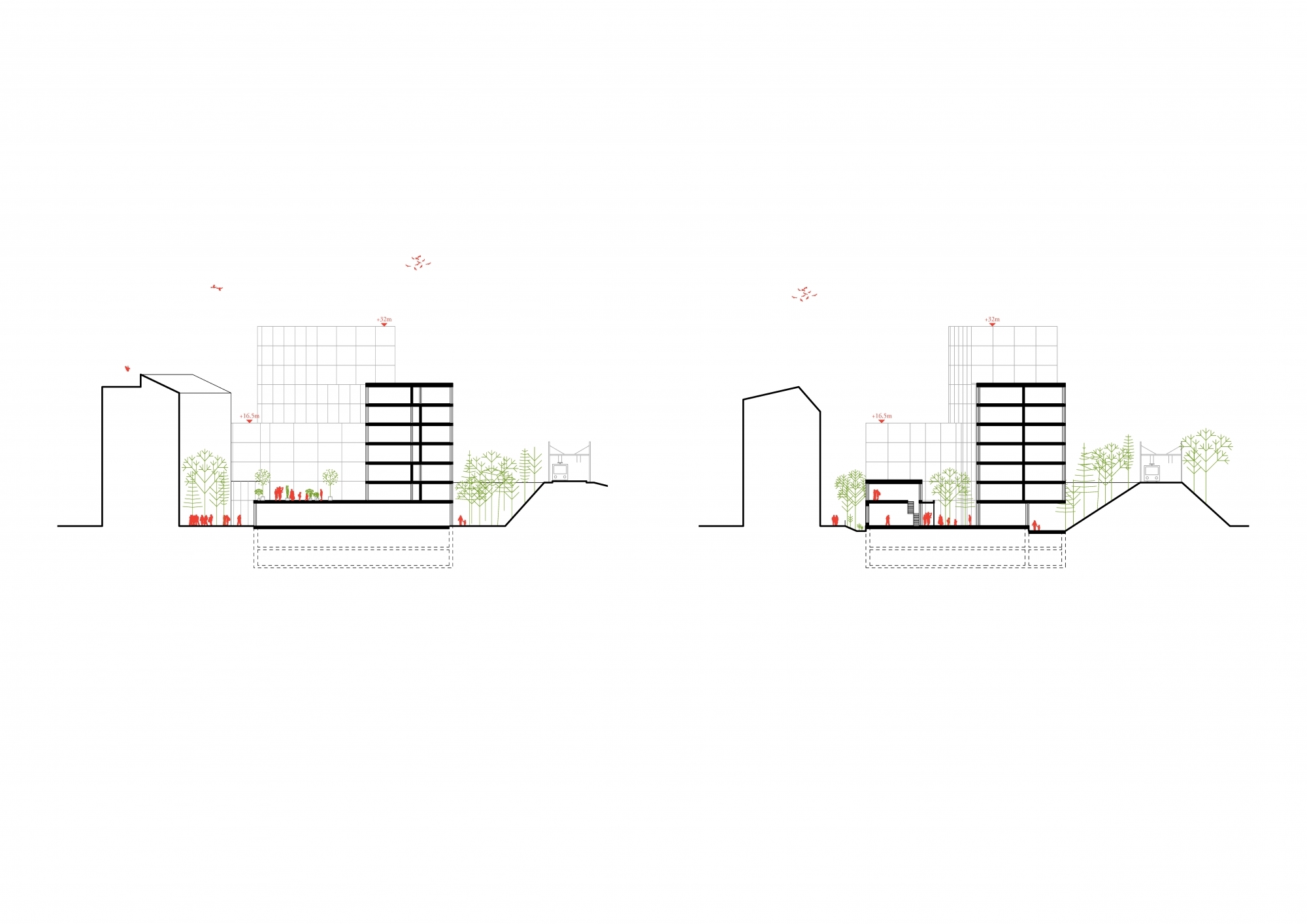 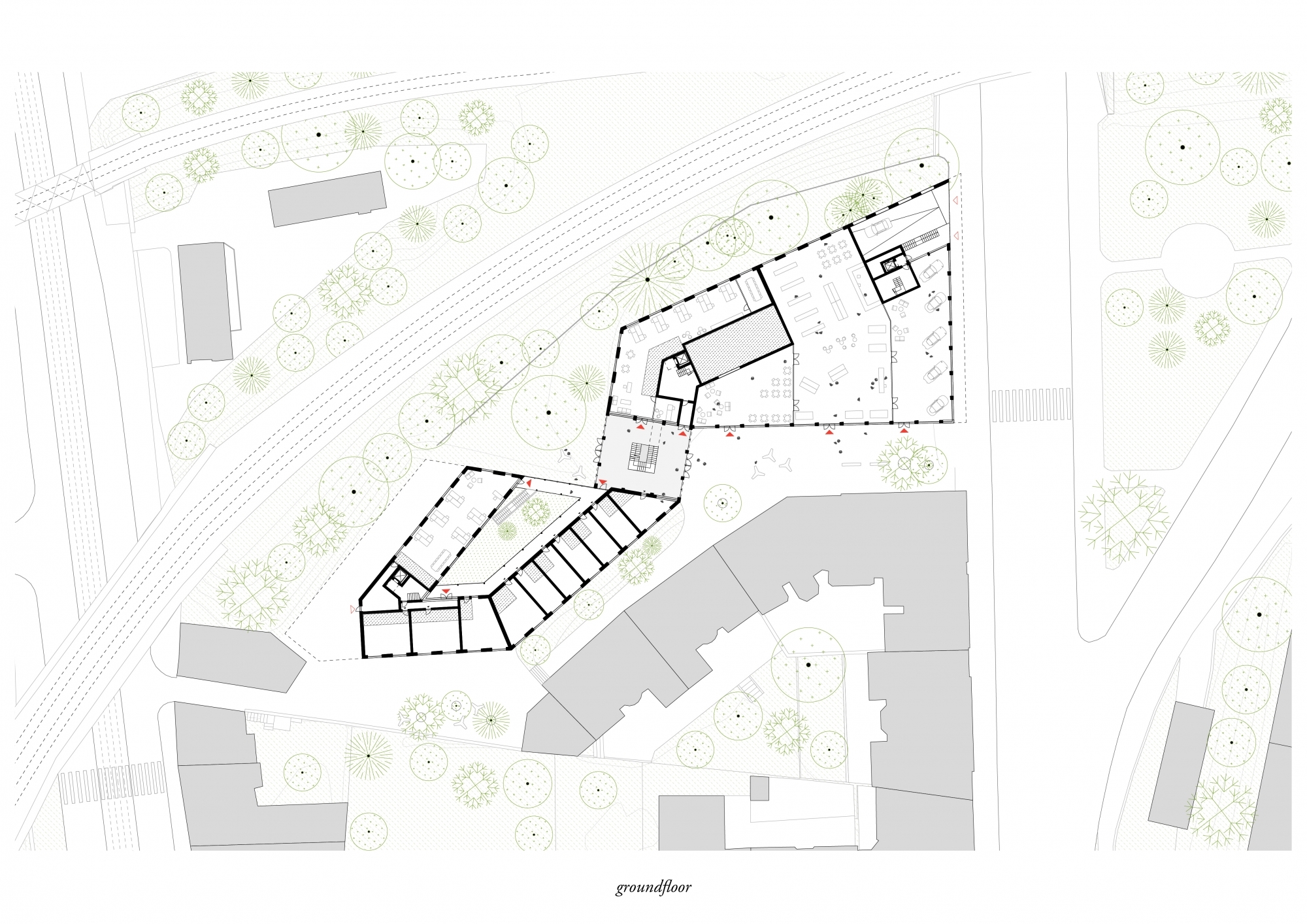 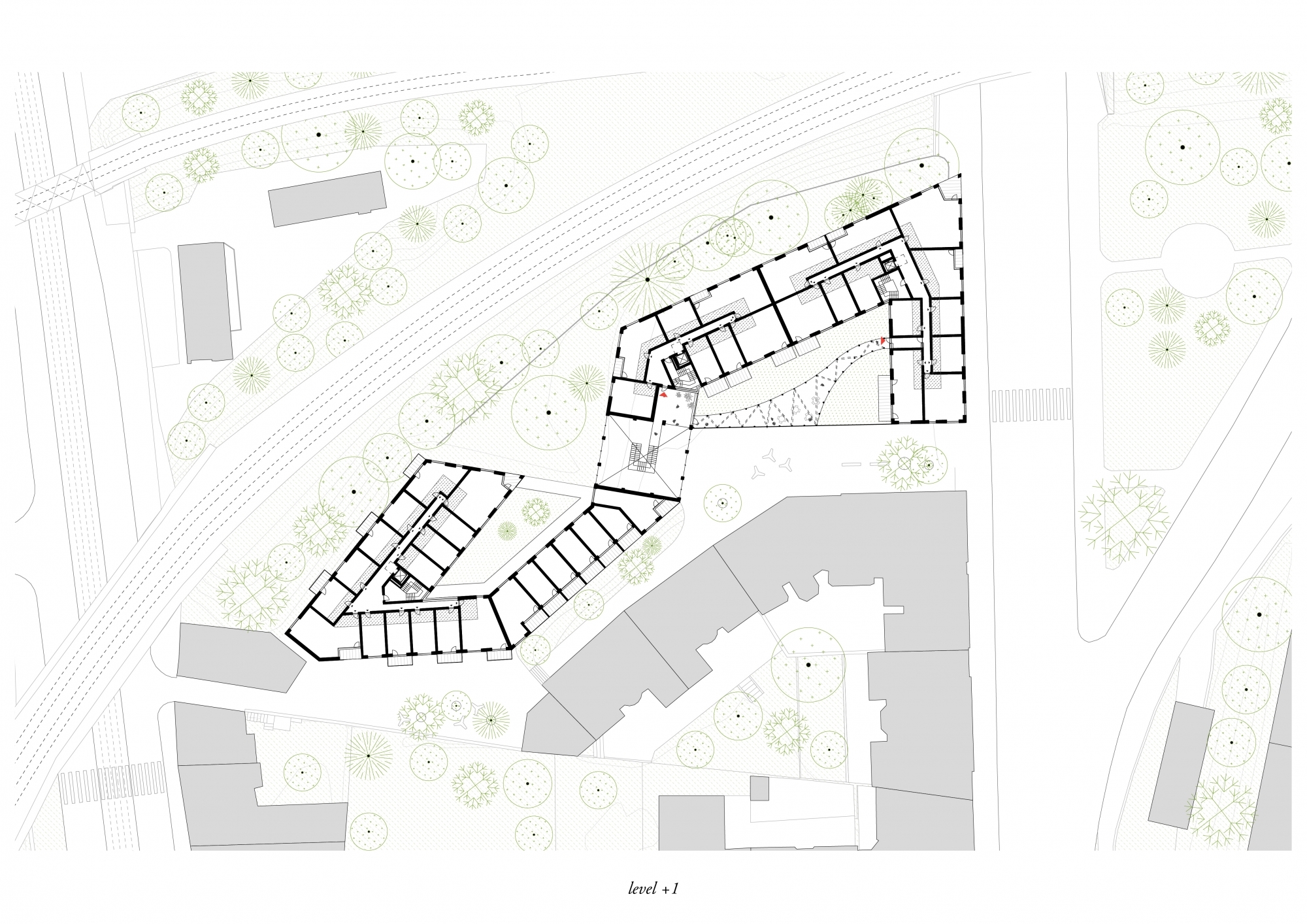 URBAN DEVELOPMENT IN A NEW VIBRANT DISTRICT OF PRAGUE

Smíchov is a vibrant district of Prague with a rich industrial history and a future full of possibilities: It is not only expecting a major urban transformation thanks to the “Smíchov City” masterplan. Smíchov also reveals a distinct transformation from North to South, gradually becoming fragmented towards the edge of the city. This transitional context, as well as the specific characteristics of the plot are the tools at hand for the development of a qualitative piece of city.

For decades the plot served as buffer zone between train tracks and the housing blocks. Clamped between two arterial roads and only used for car sheds and parking lots, this in-between space lacked architectural ambition. Our project offers a distinctively shaped building. It responds to a dense program, the constraints from the neighbouring architecture and the rail way tracks. At the same time we make sure that a multitude of common spaces are featured in the project. For this we make use of a pedestrian side street. The side street serves as a protected world next to the busy infrastructures around: Public benches invite to stay for a while, shops provide daily goods to the dwellers and also the main entrance to the building is located here: A spacious welcome hall with reception desk serves as place for encounter. From here multiple ways lead the inhabitants to their apartments. The units are kept relatively small as response to changing urban lifestyles and to the increasing demand of single person households. At the same time the dwellers profit from common spaces like courtyards and terraces as a surplus value to their apartments.

Despite a flexible lifestyle, the old longing for identity in your own dwelling persists (even more) today. For a person living in a big city, “my home” often means just a few windows lost in an ocean of the same windows on the huge façade of an apartment building. Our façade reveals faceted geometries and tactile textures which make reference to both Cubist architecture and Prague’s Gründerzeit architecture. At the same time all elements are based on a rationalised four meters grid. This toolkit allows flexibility within the dwelling and variation in the facade treatment. Like this we do not only offer a distinct urban volume in its total but also individuality on the level of every single unit.