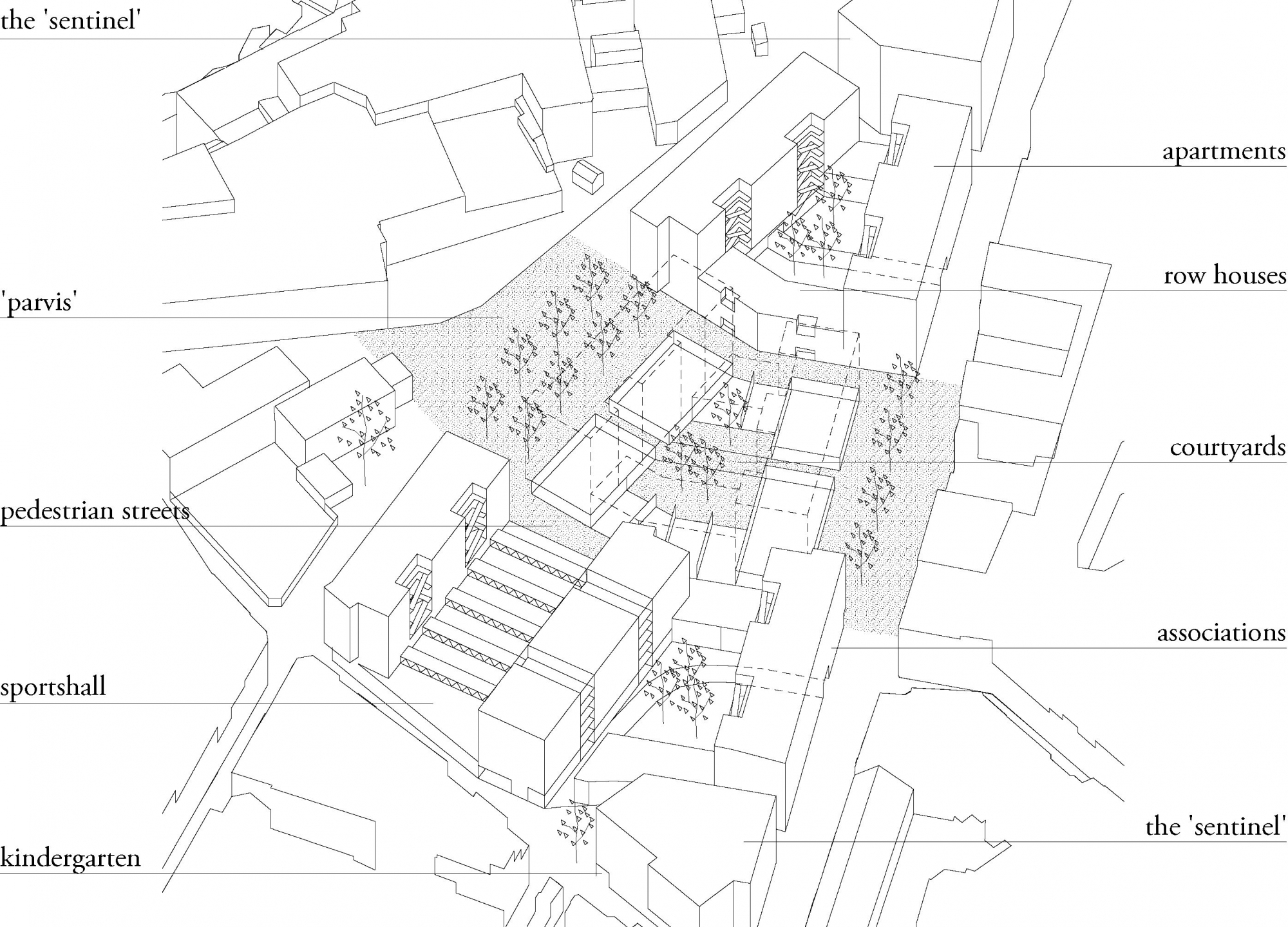 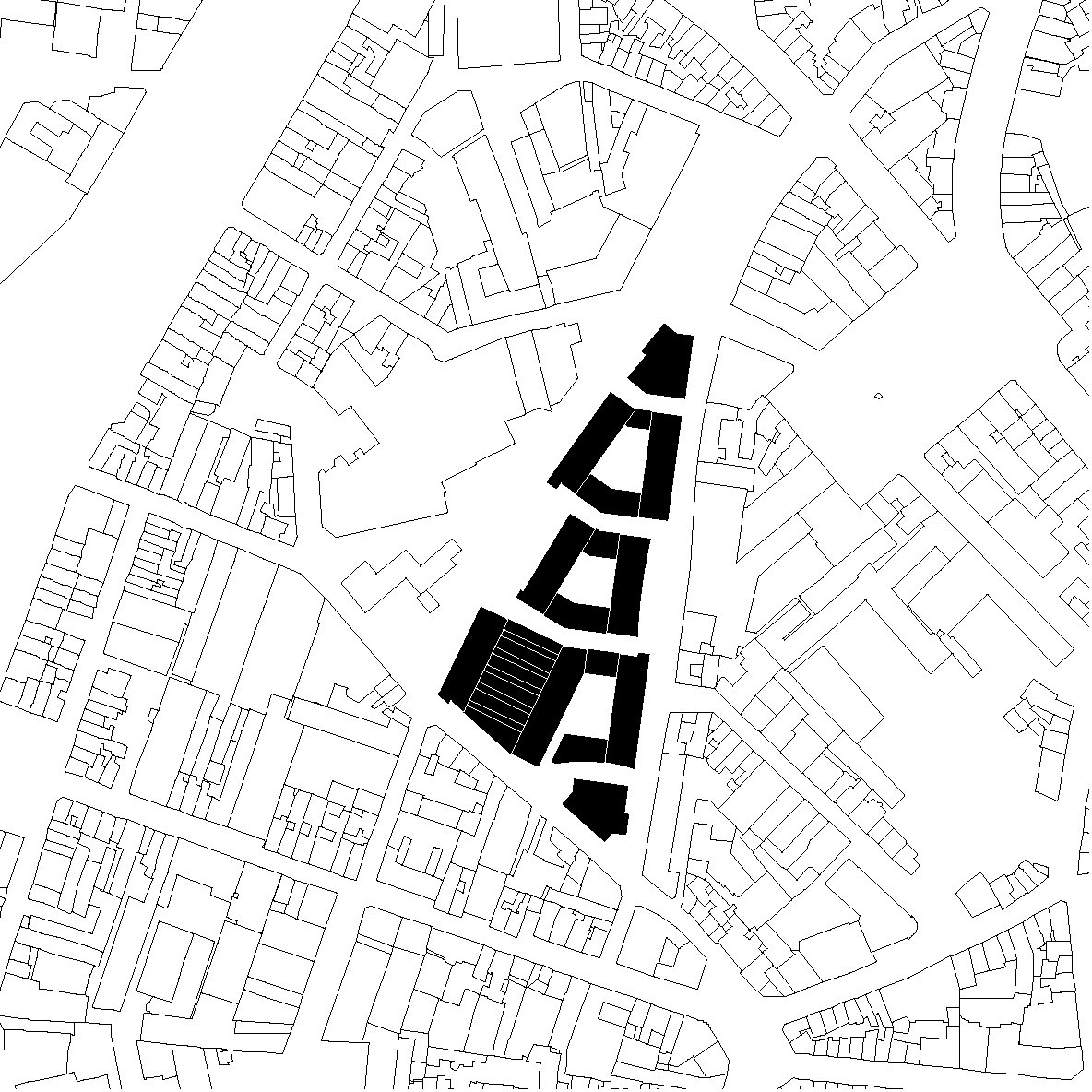 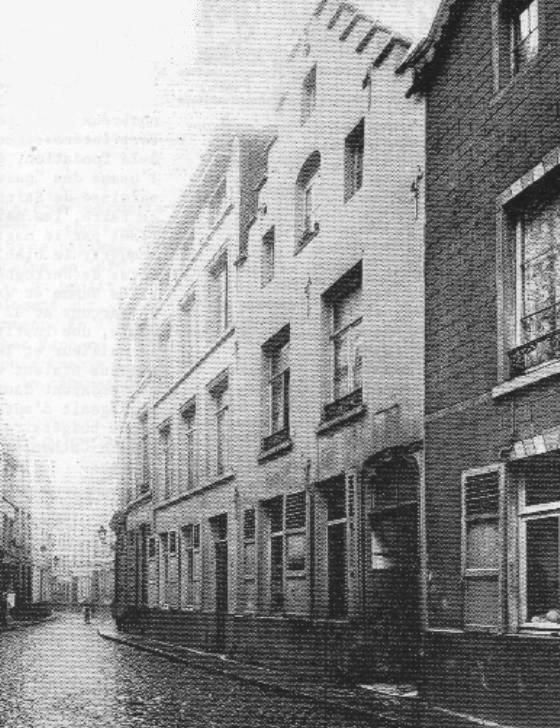 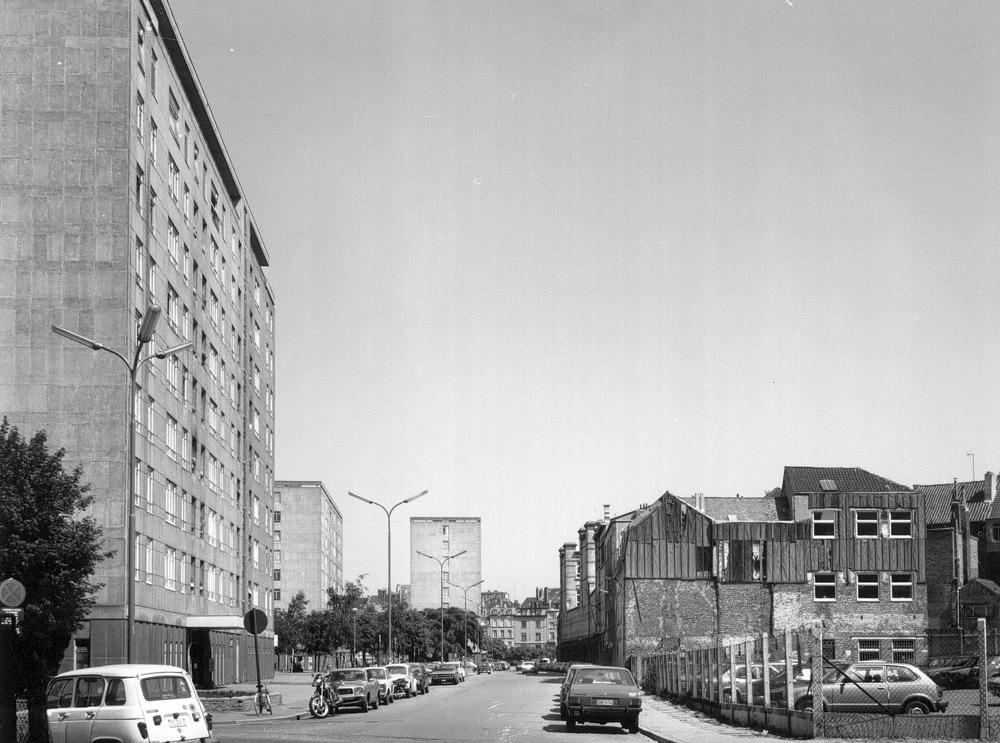 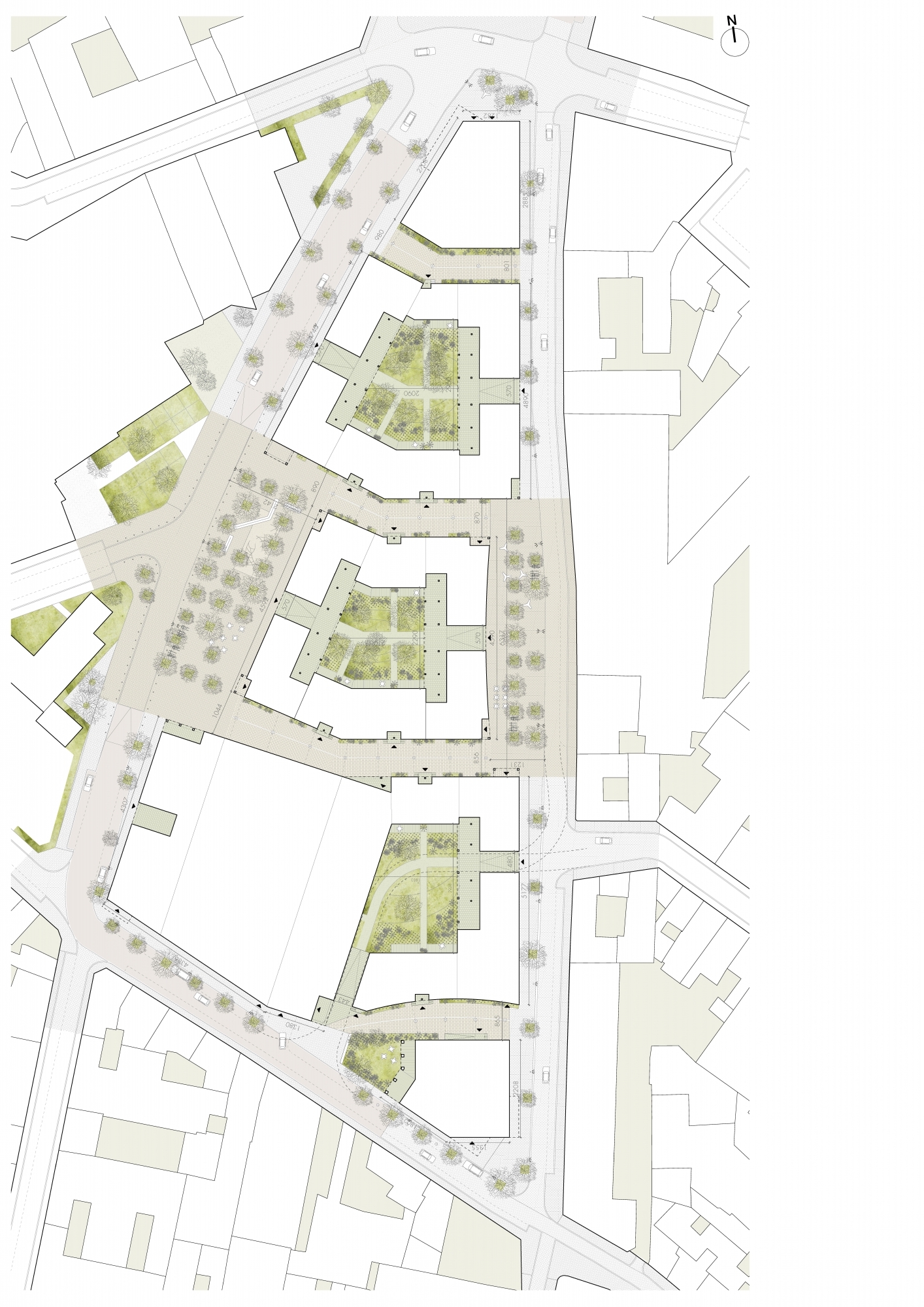 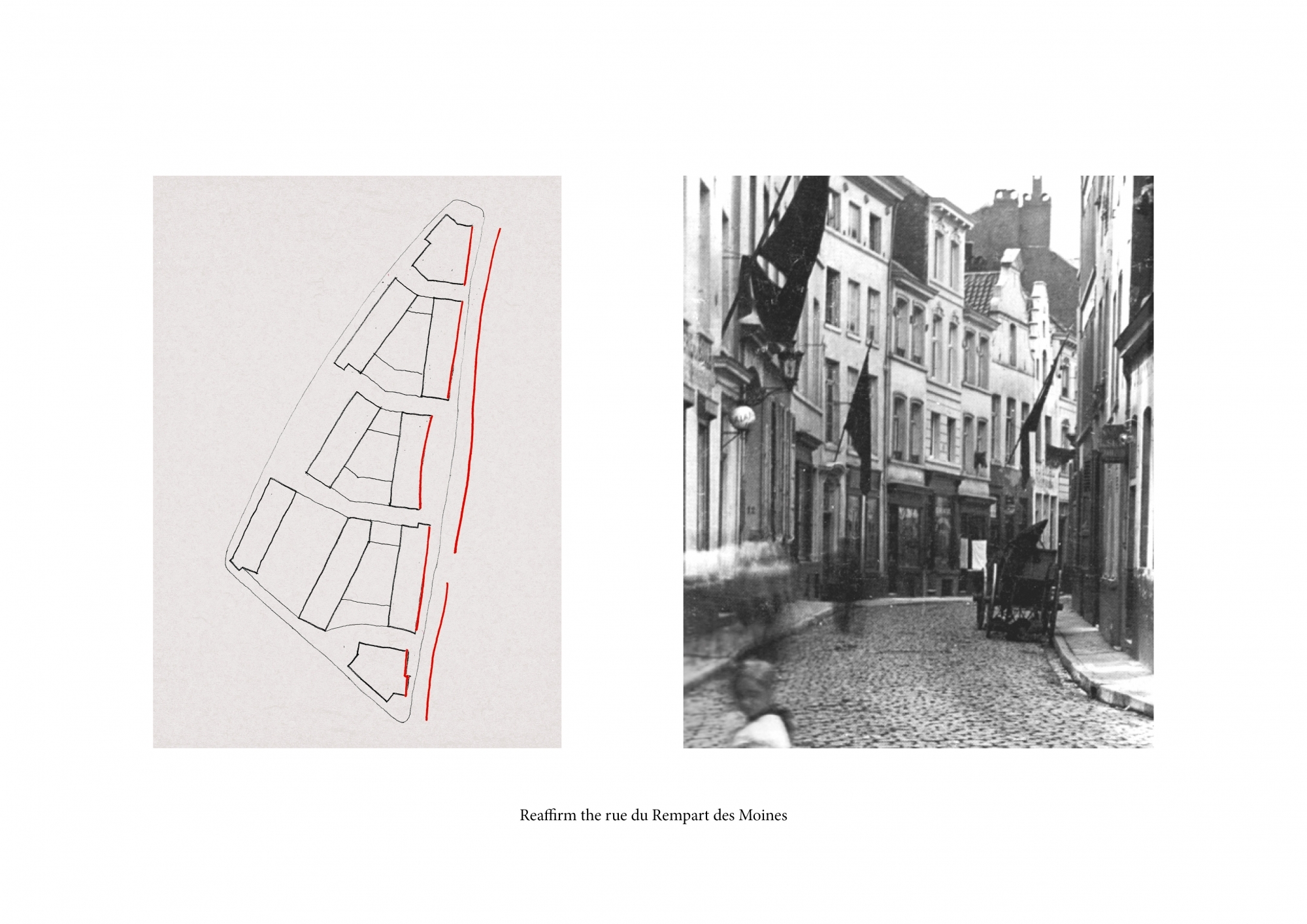 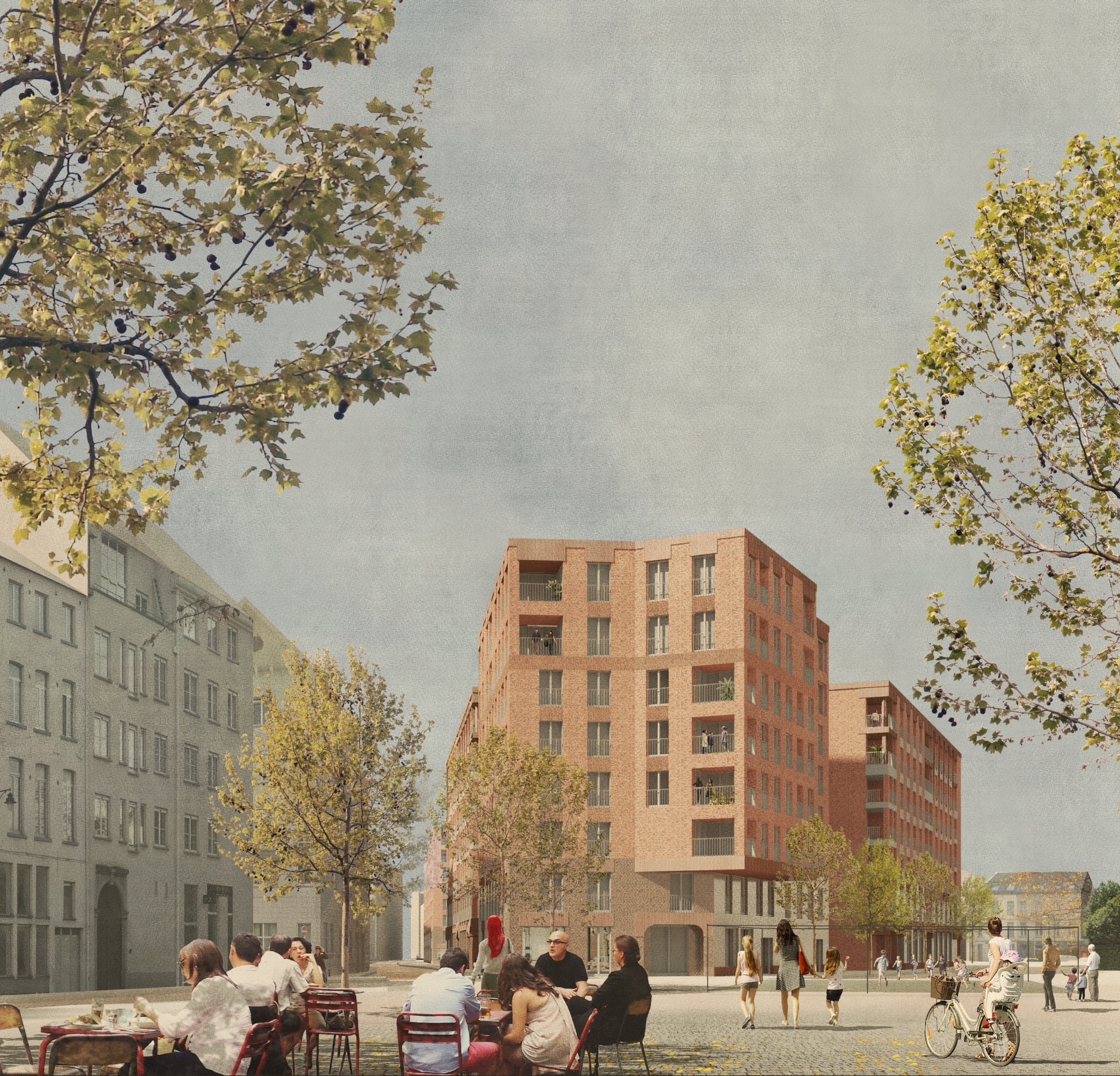 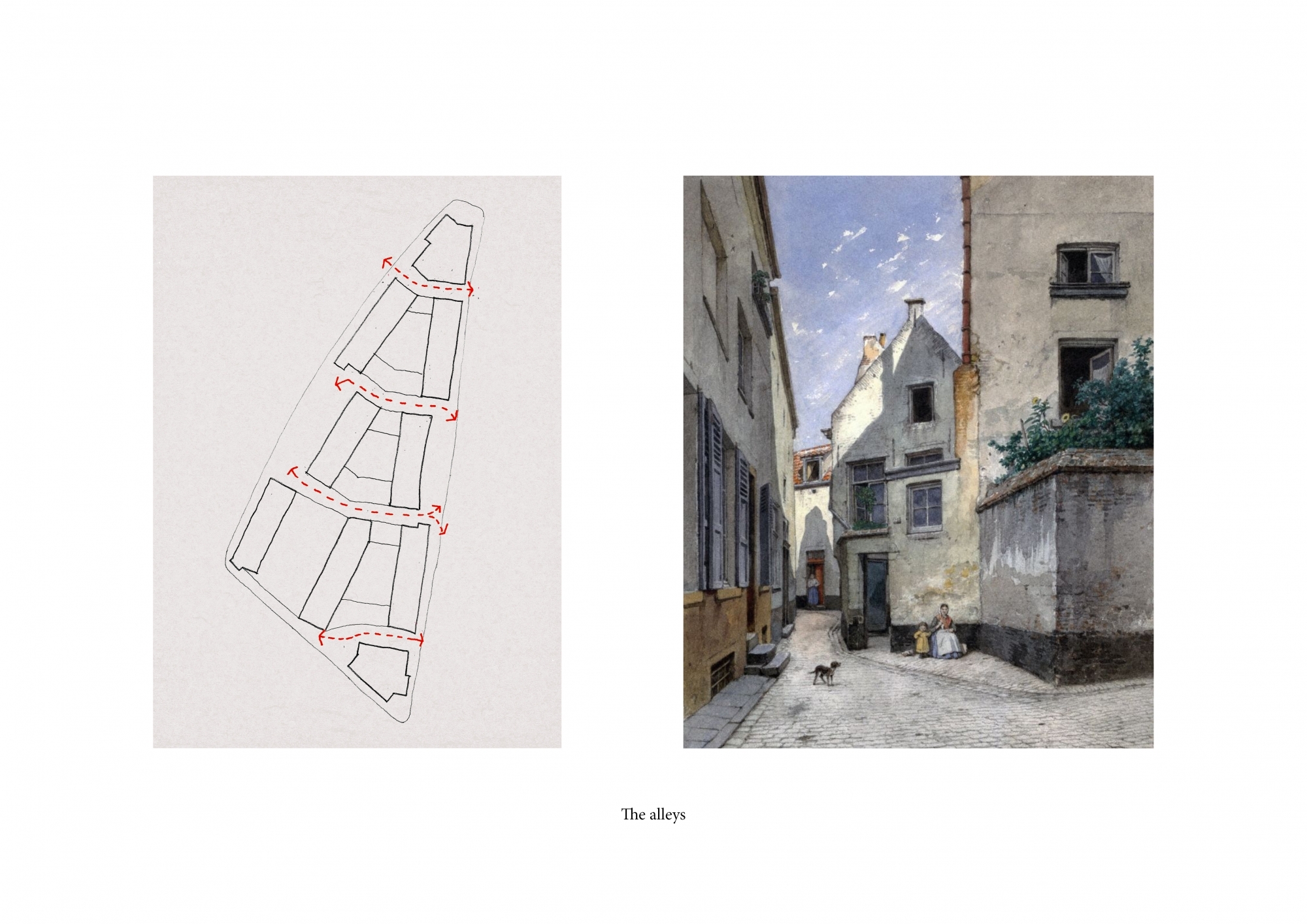 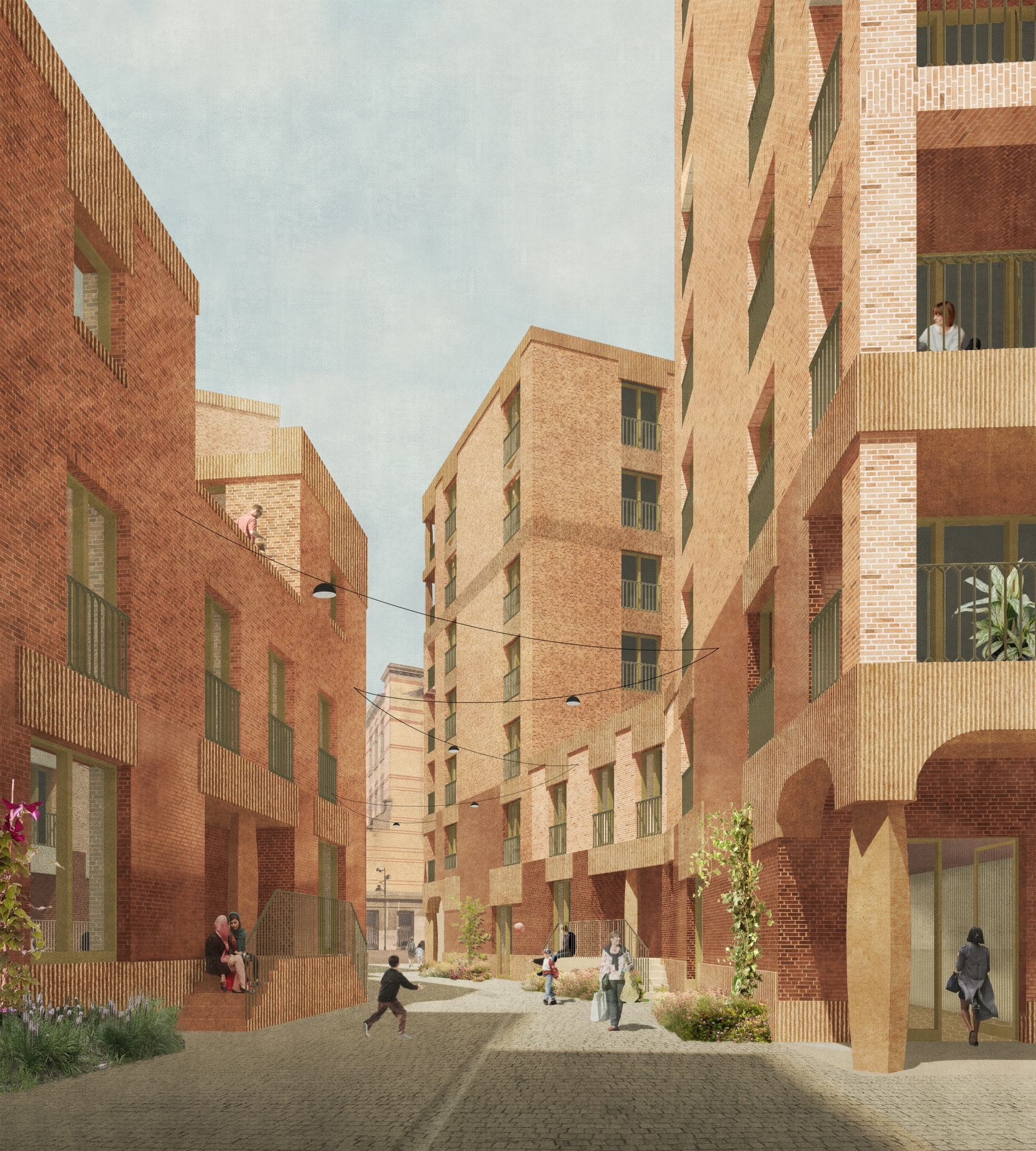 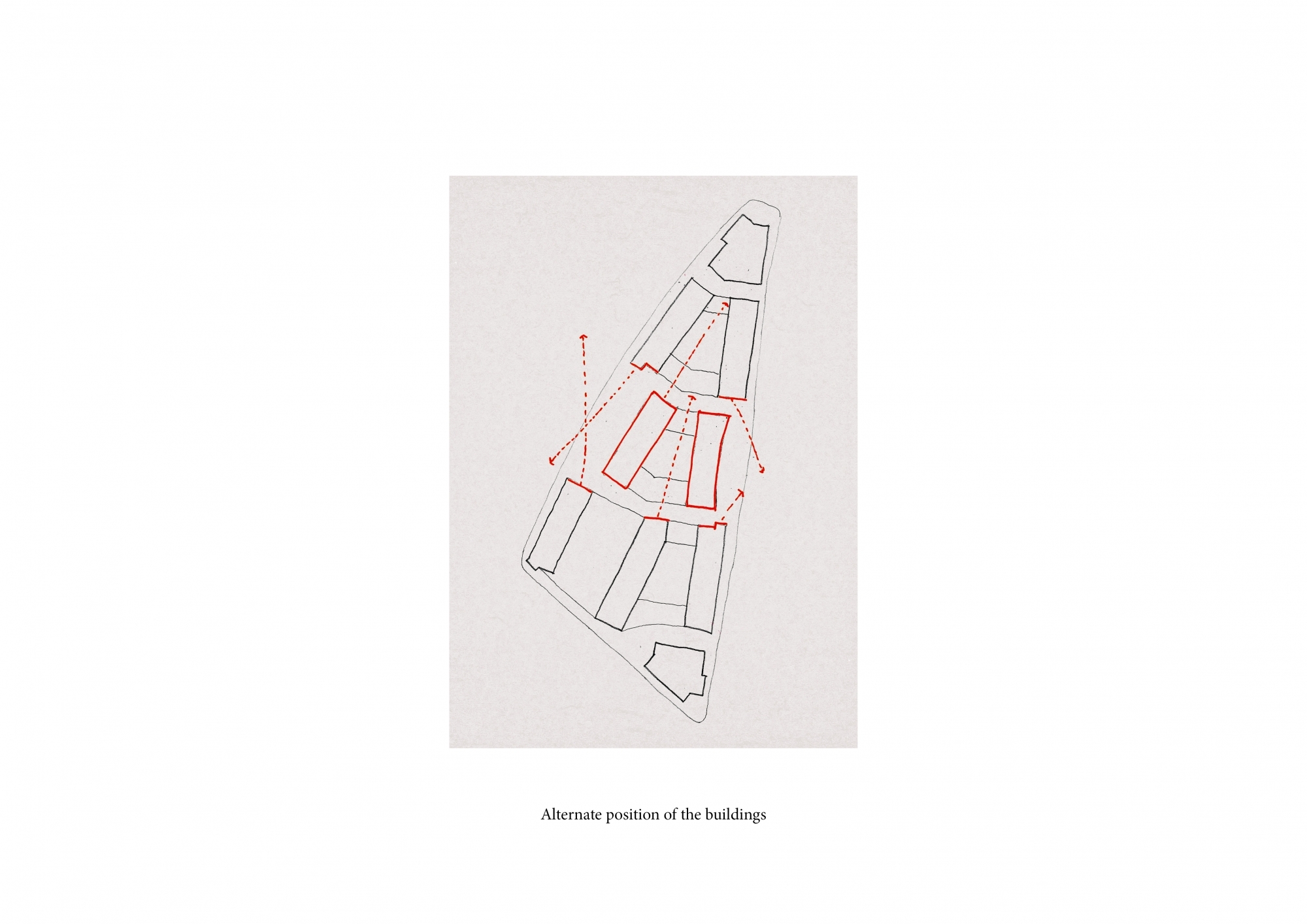 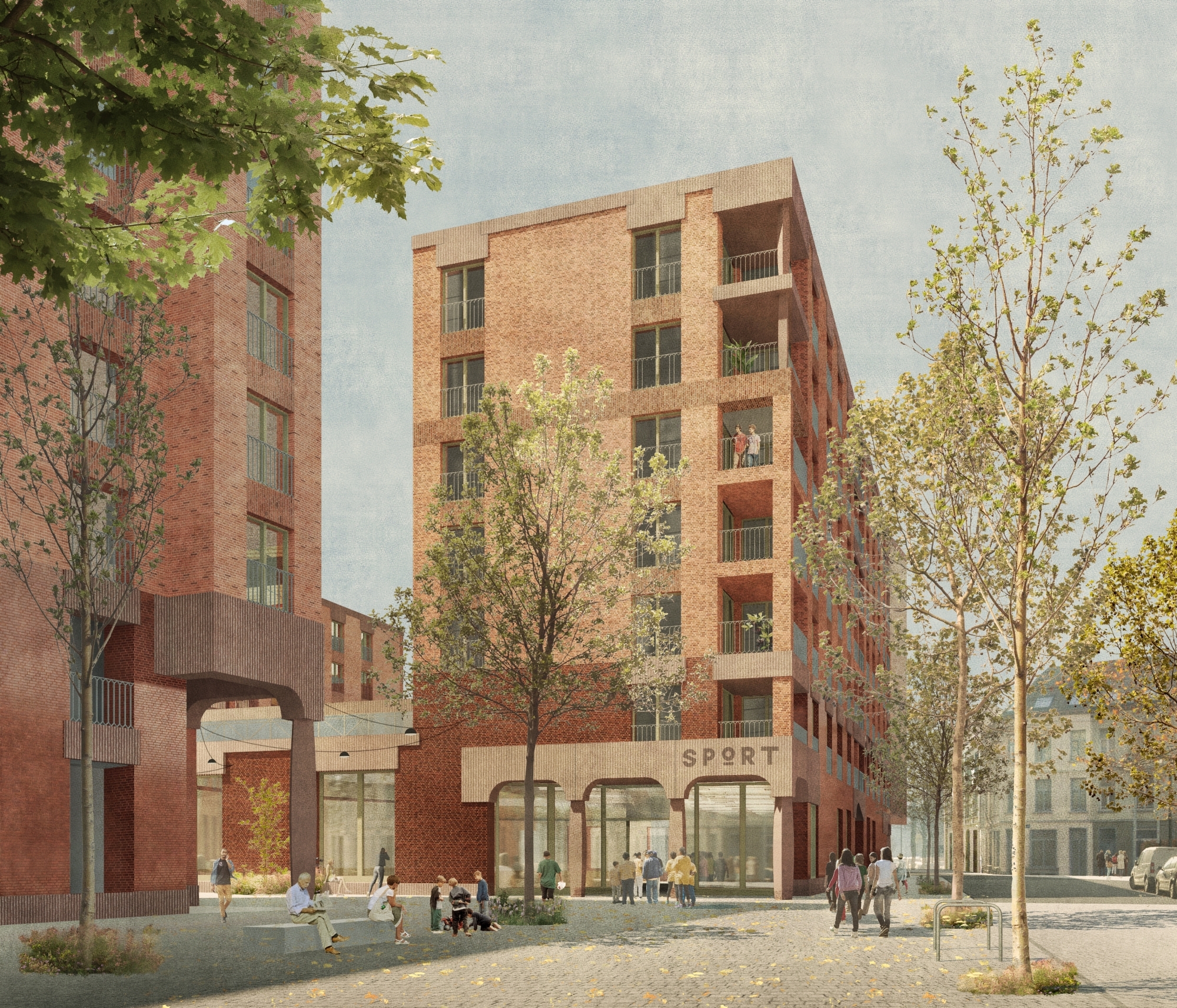 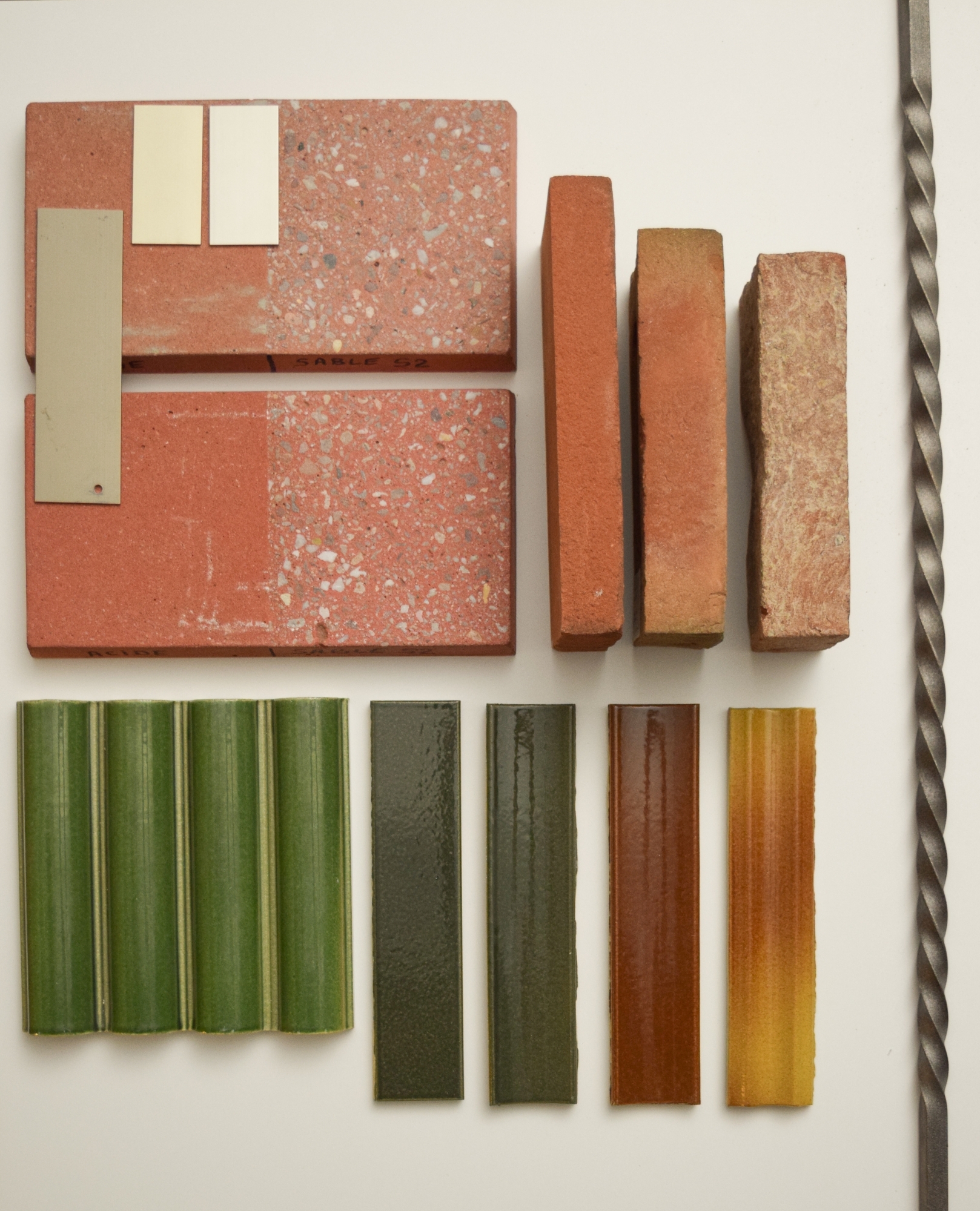 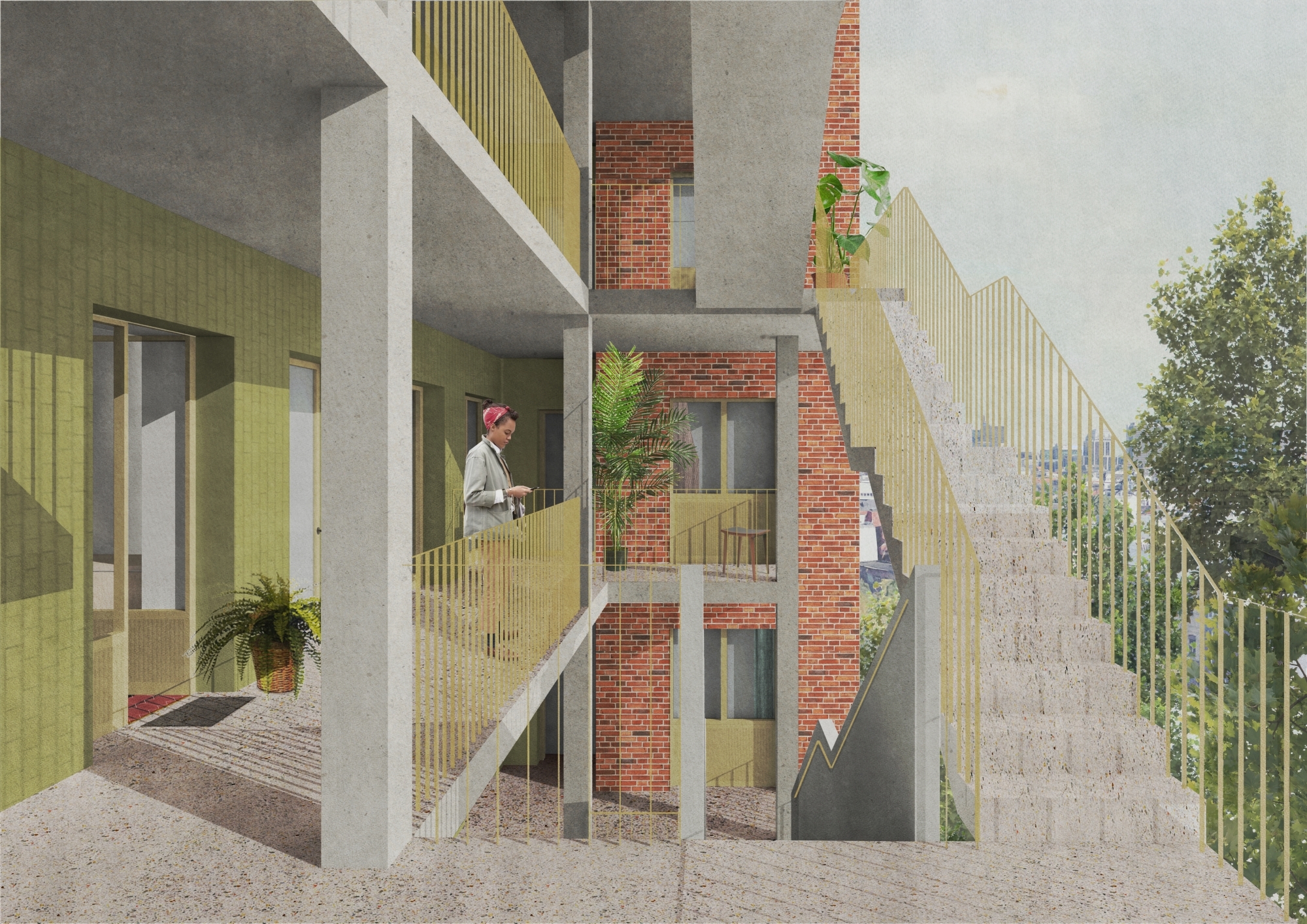 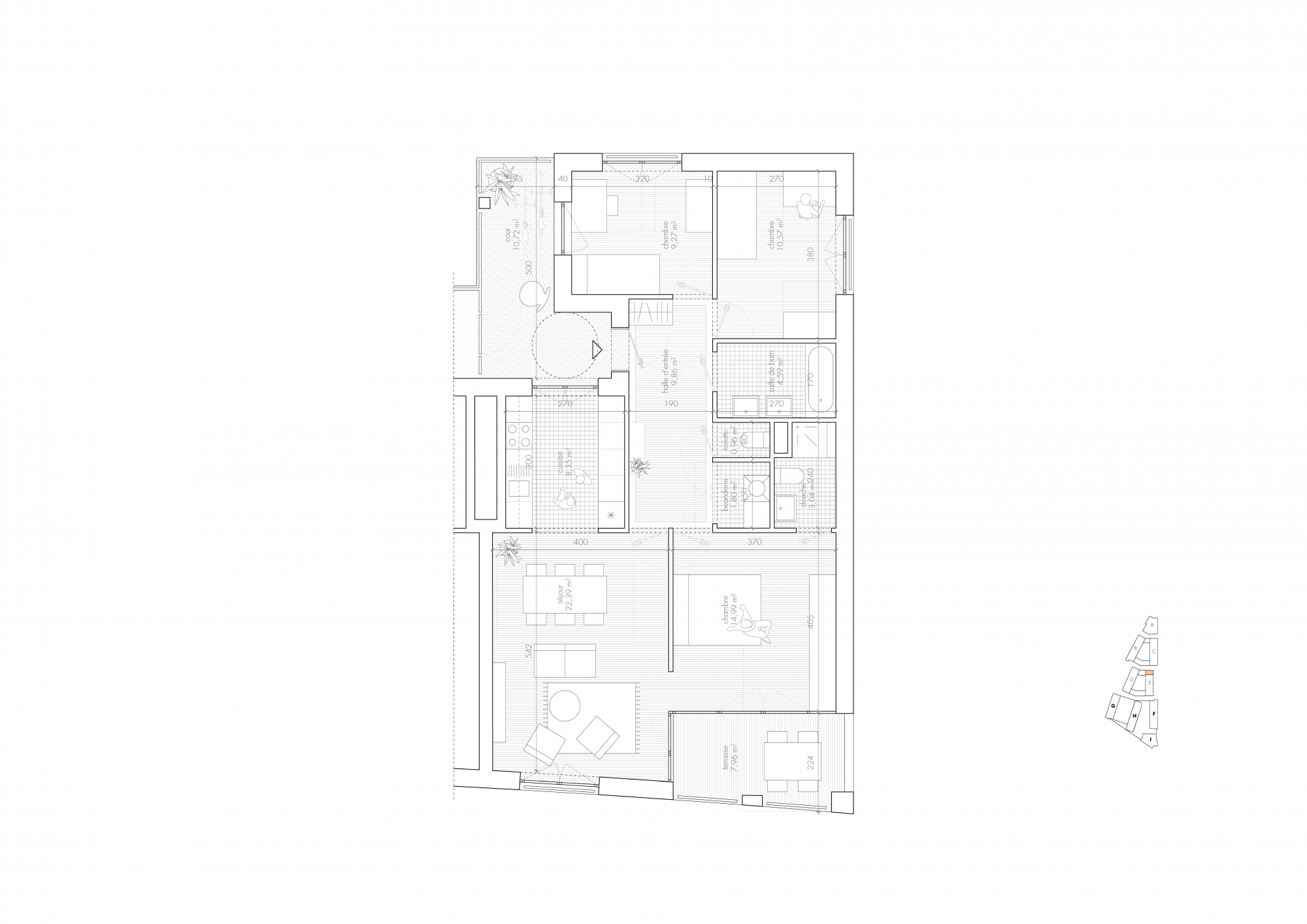 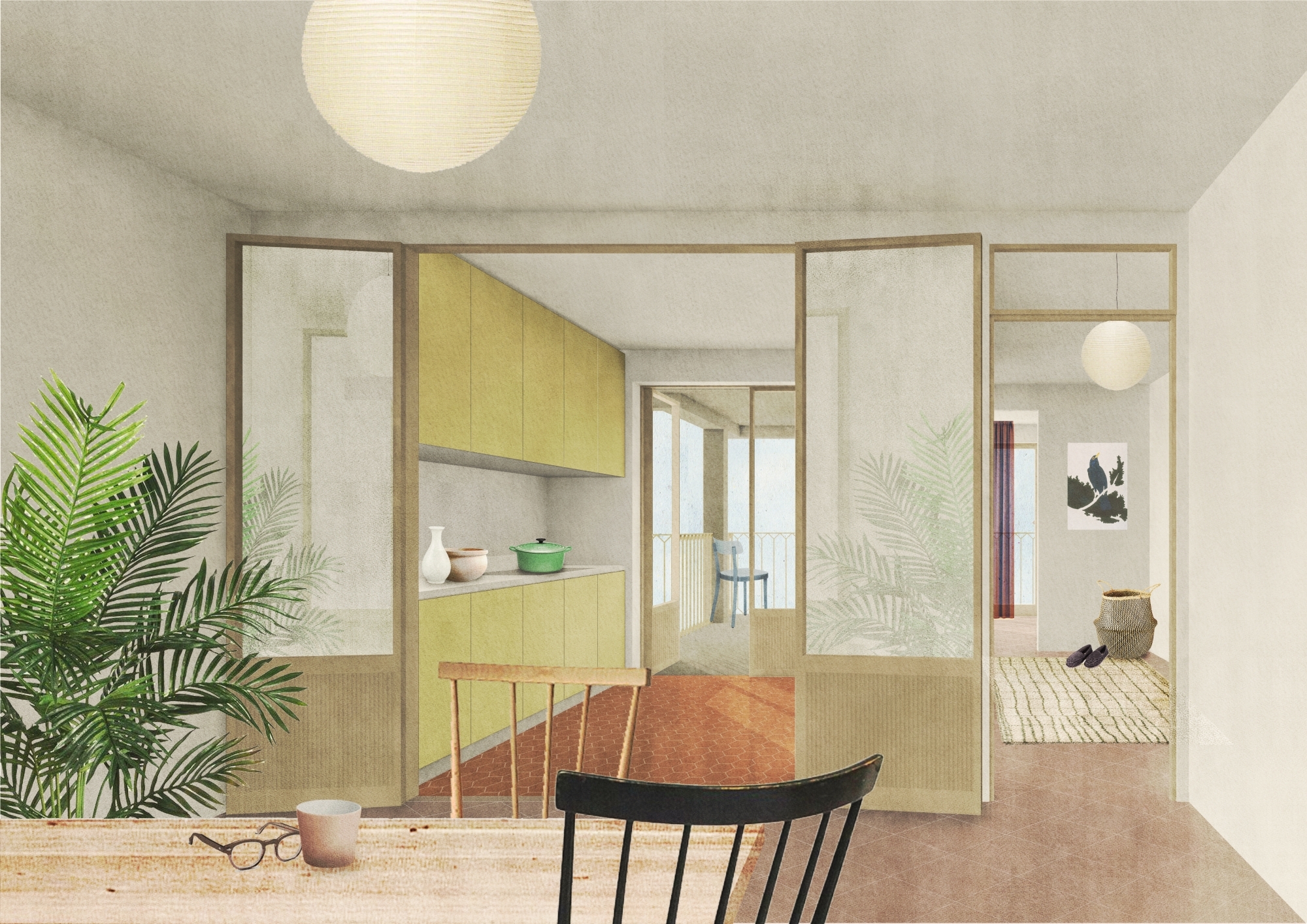 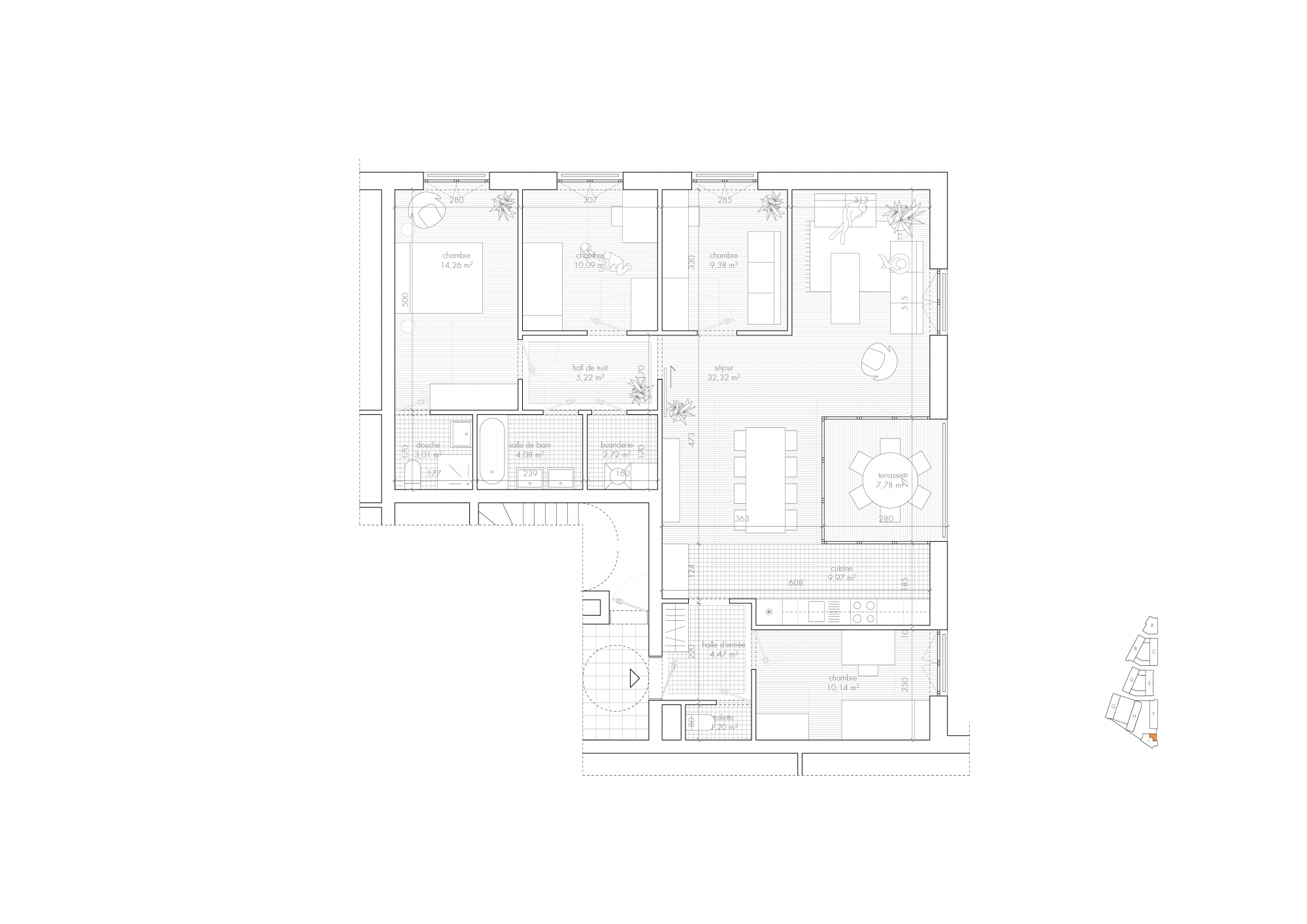 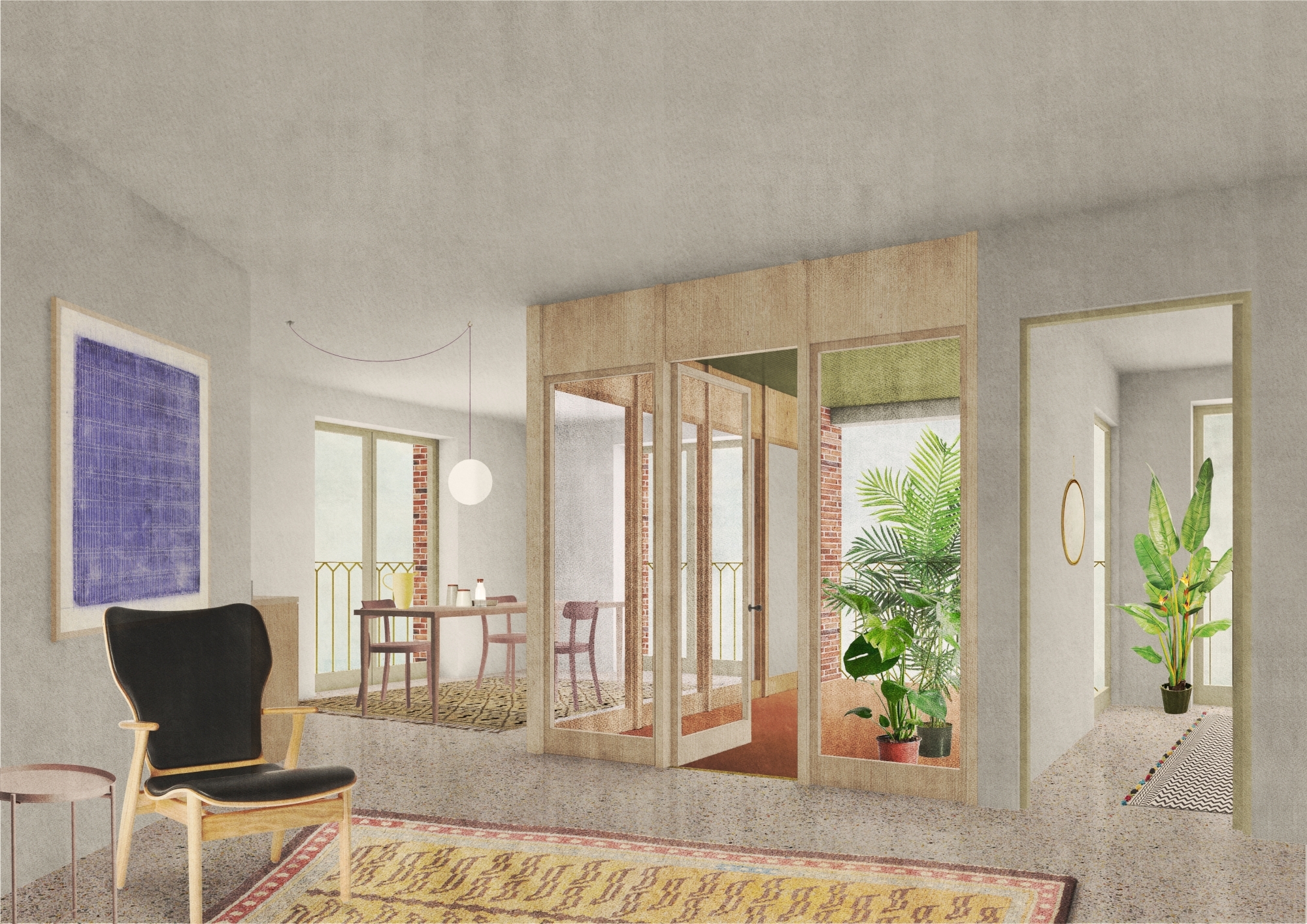 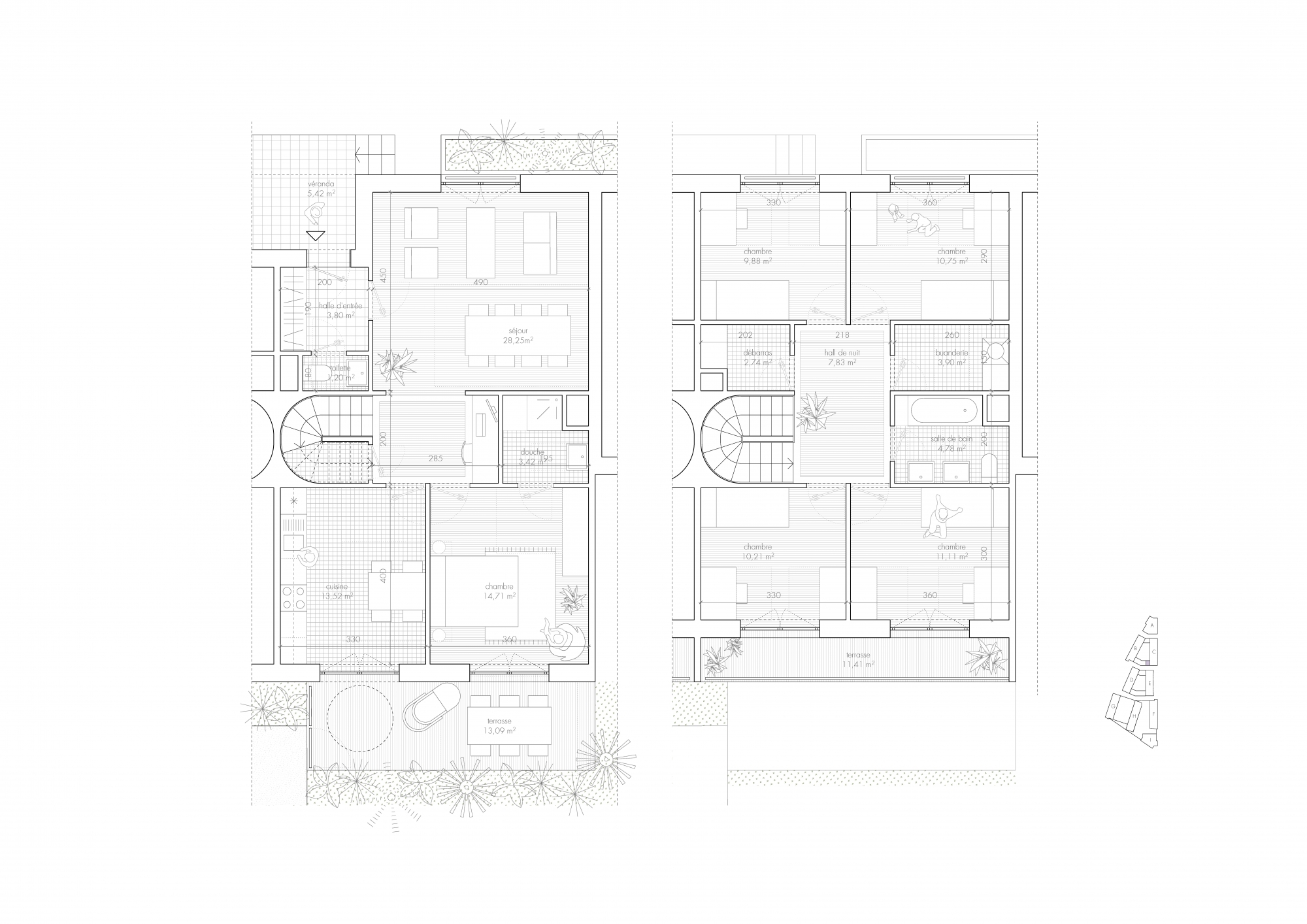 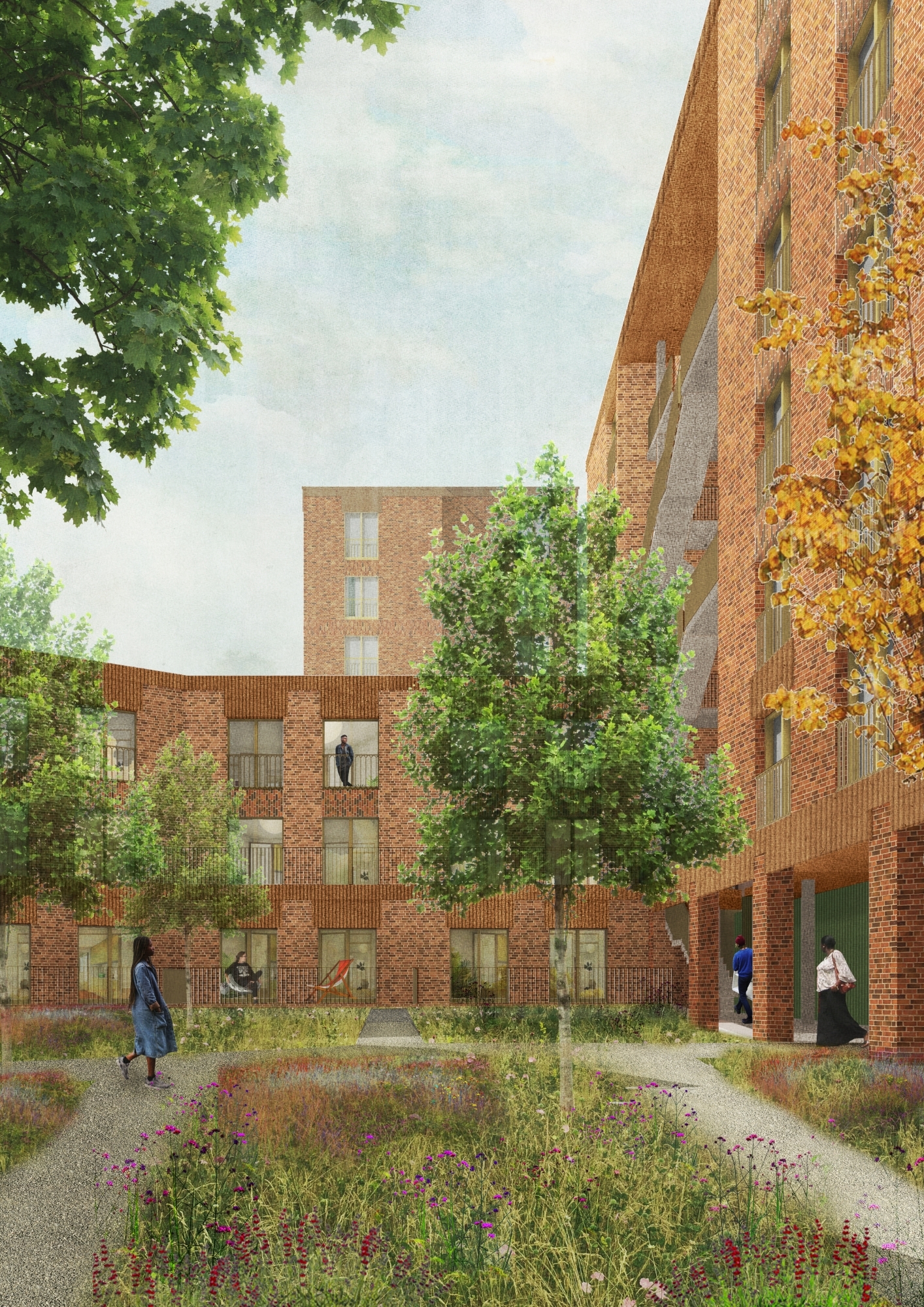 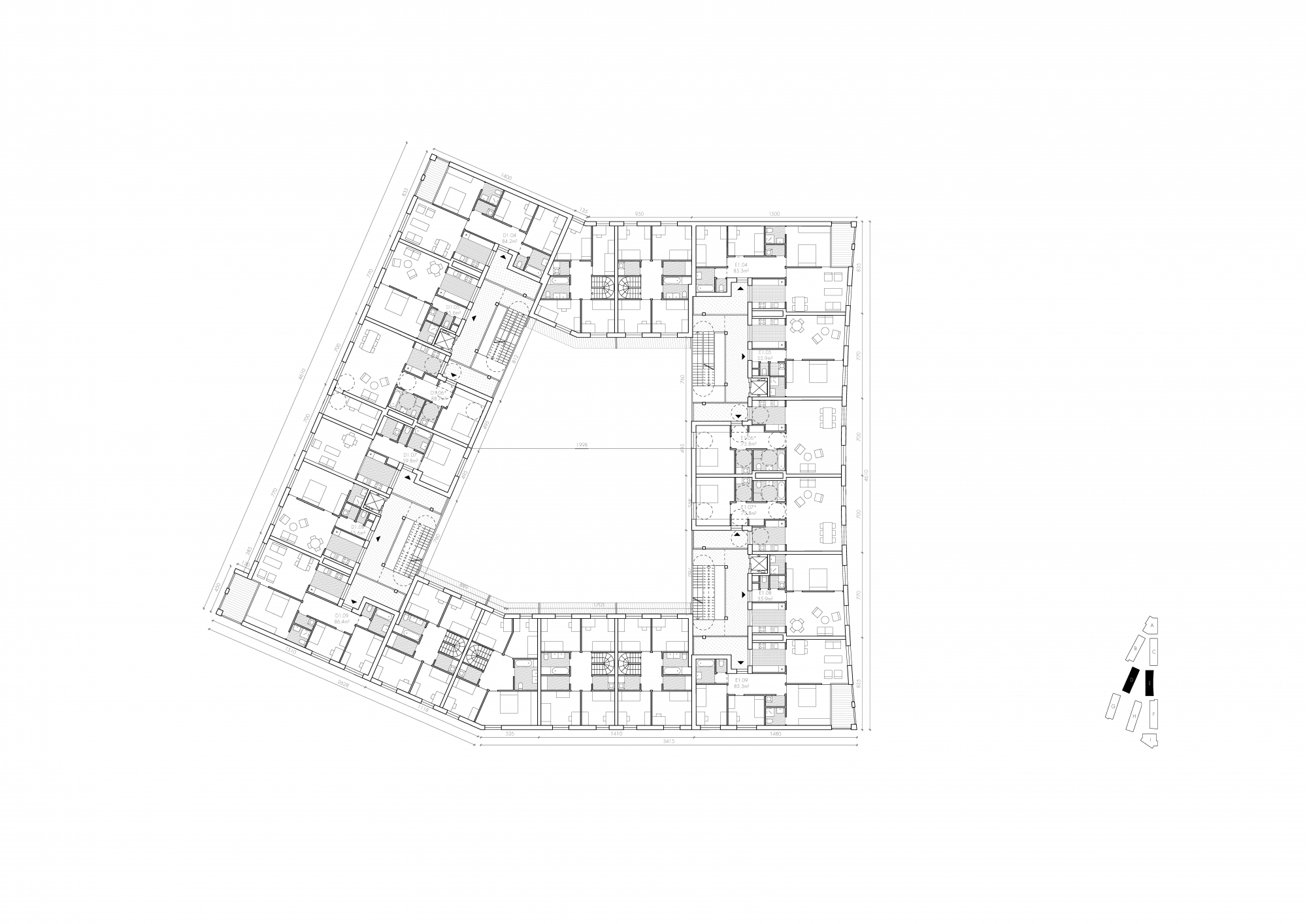 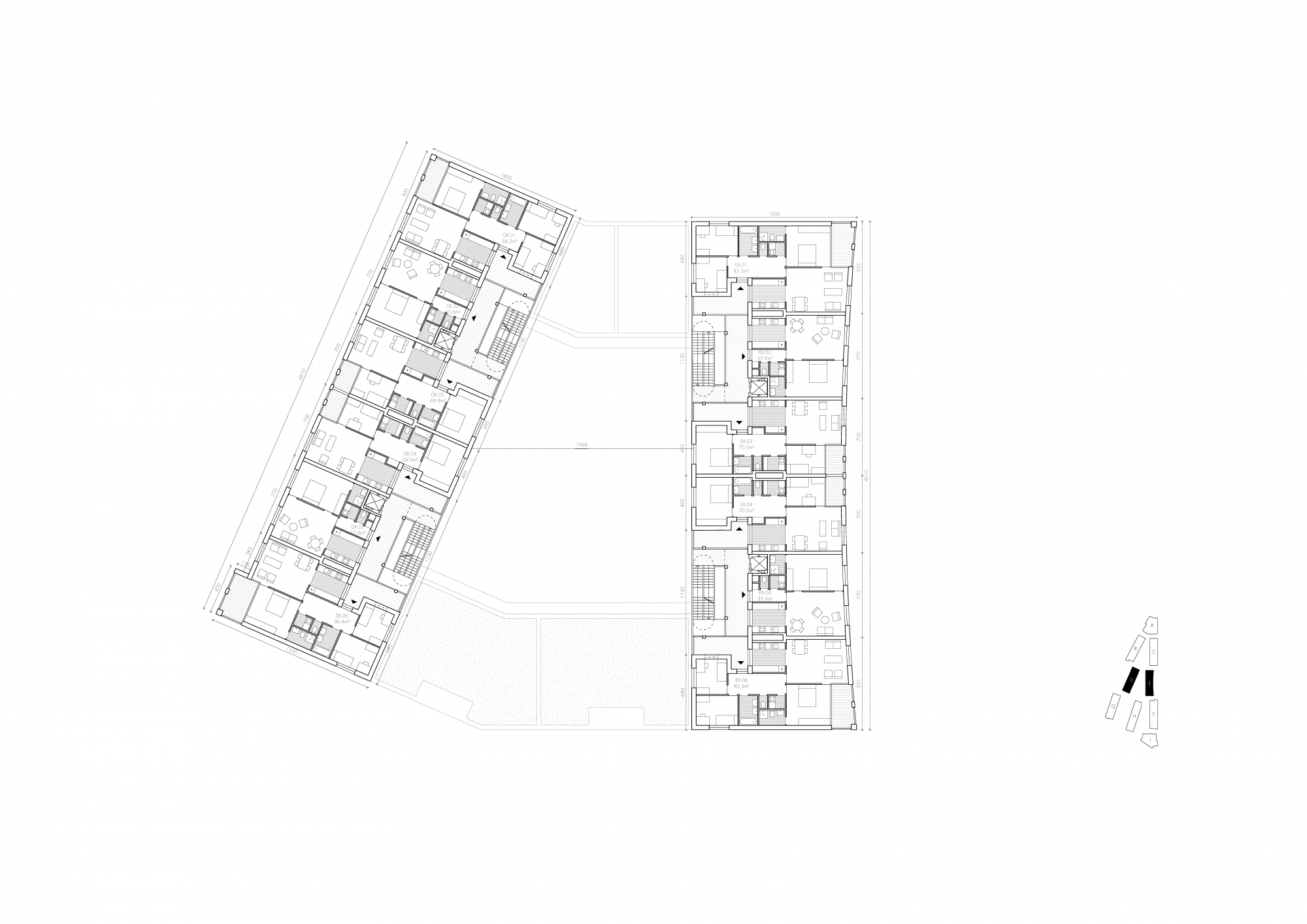 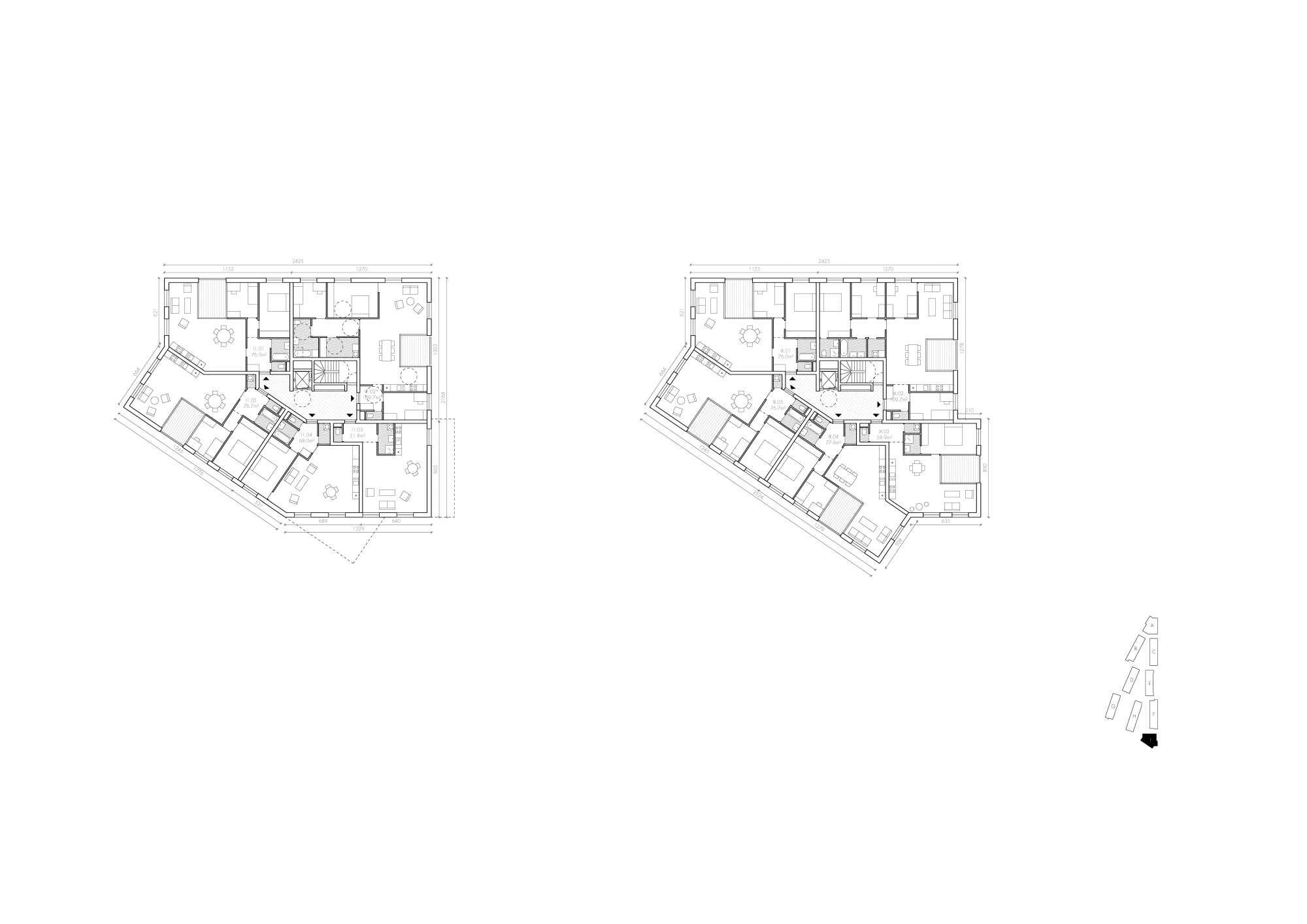 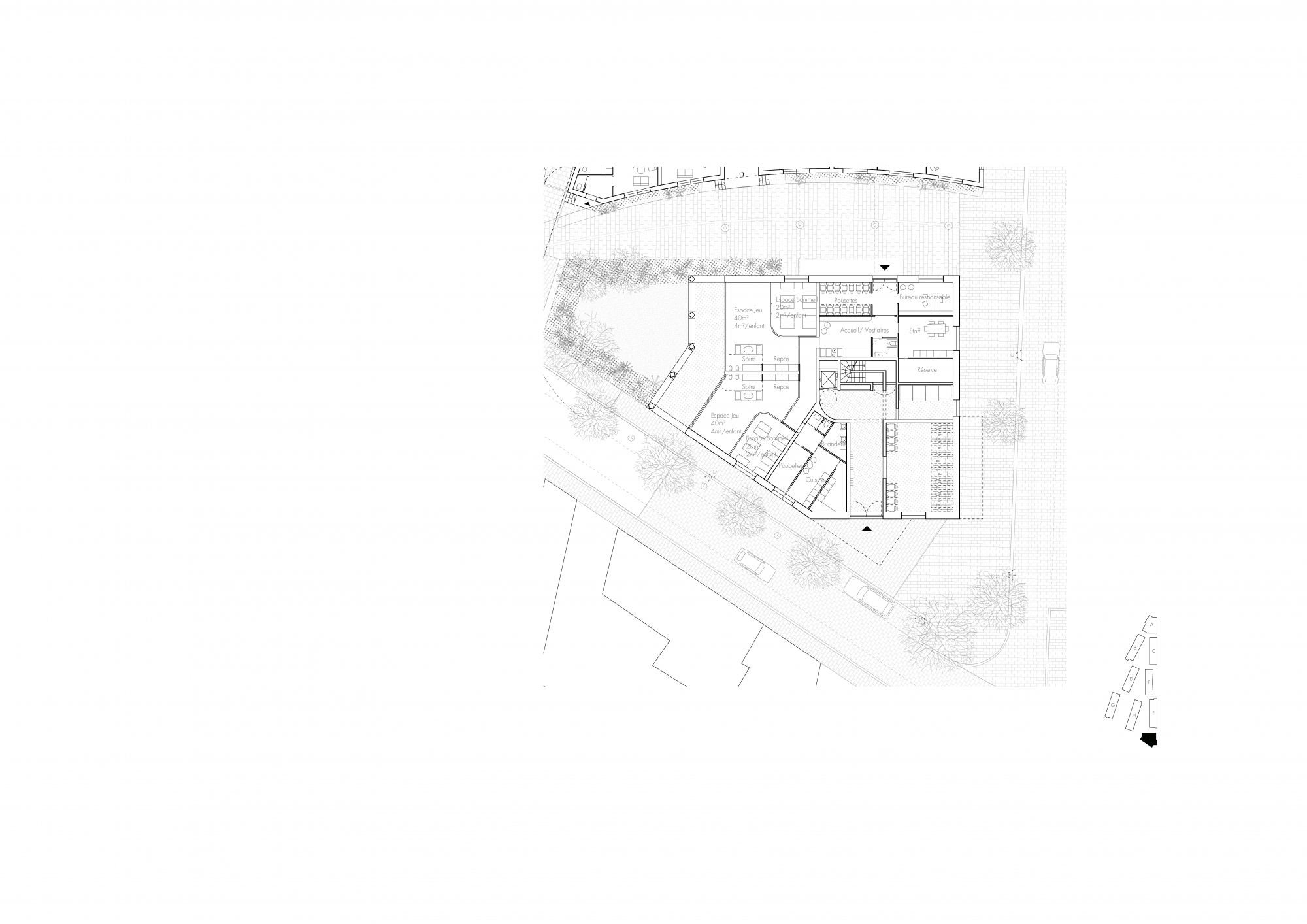 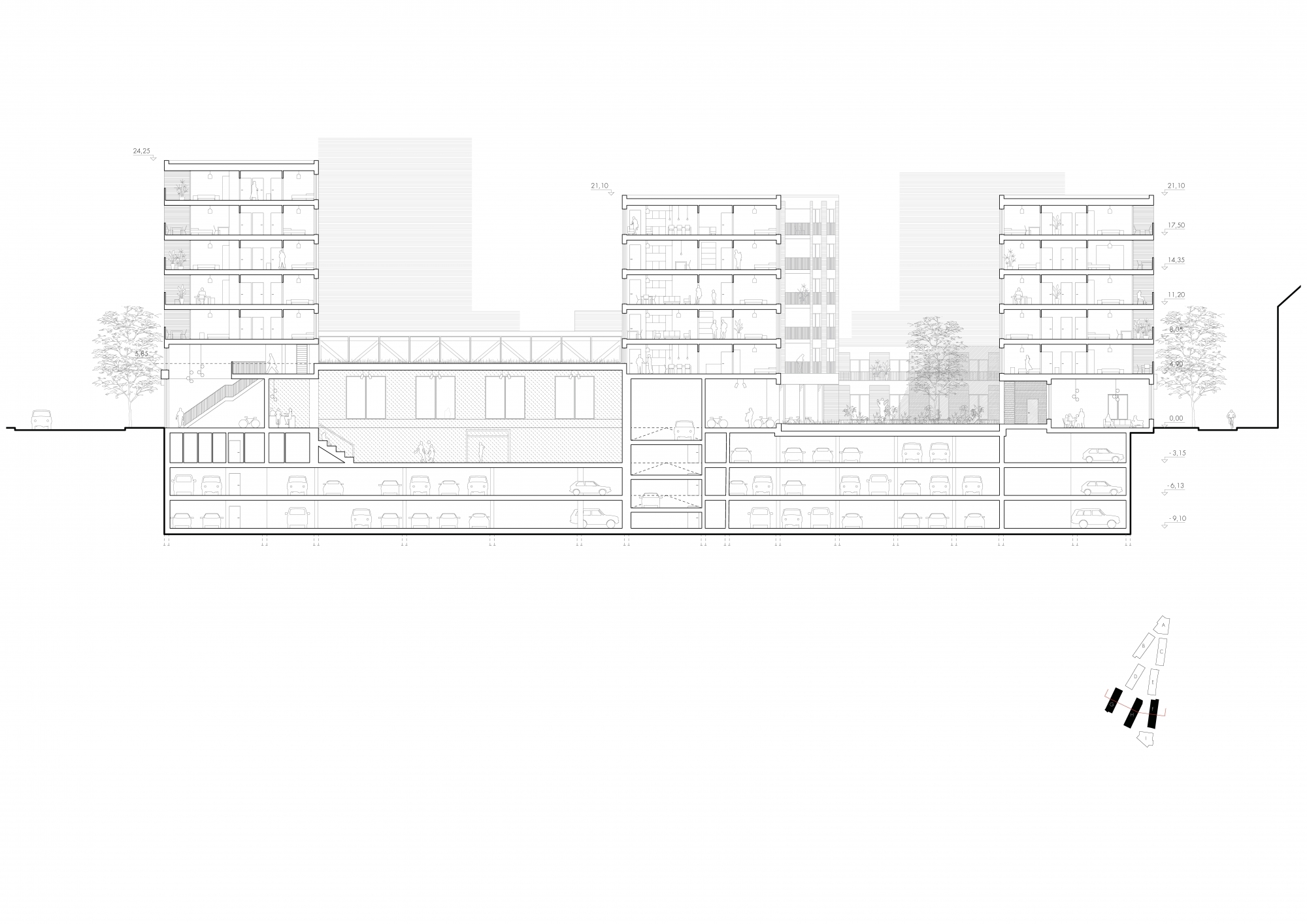 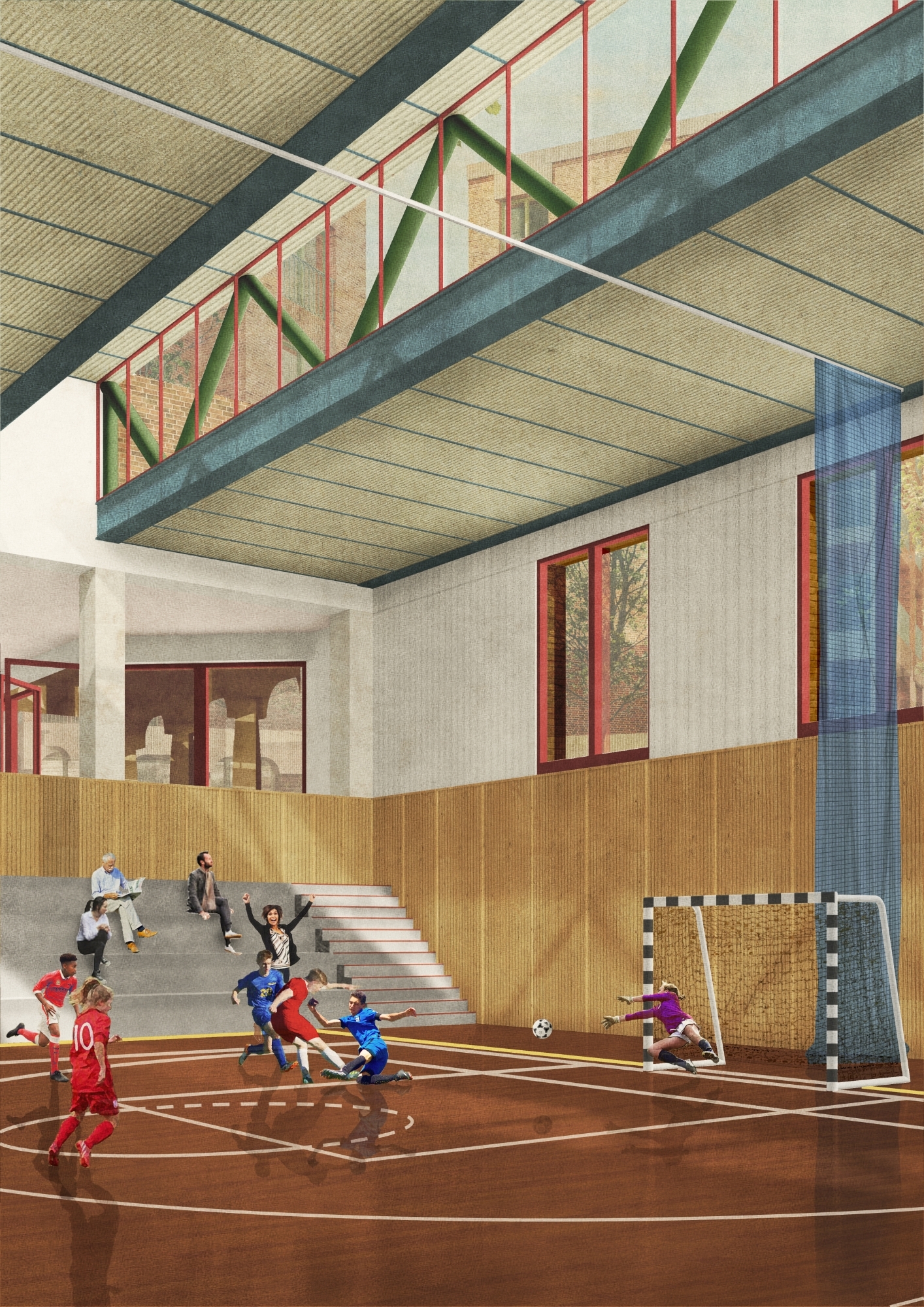 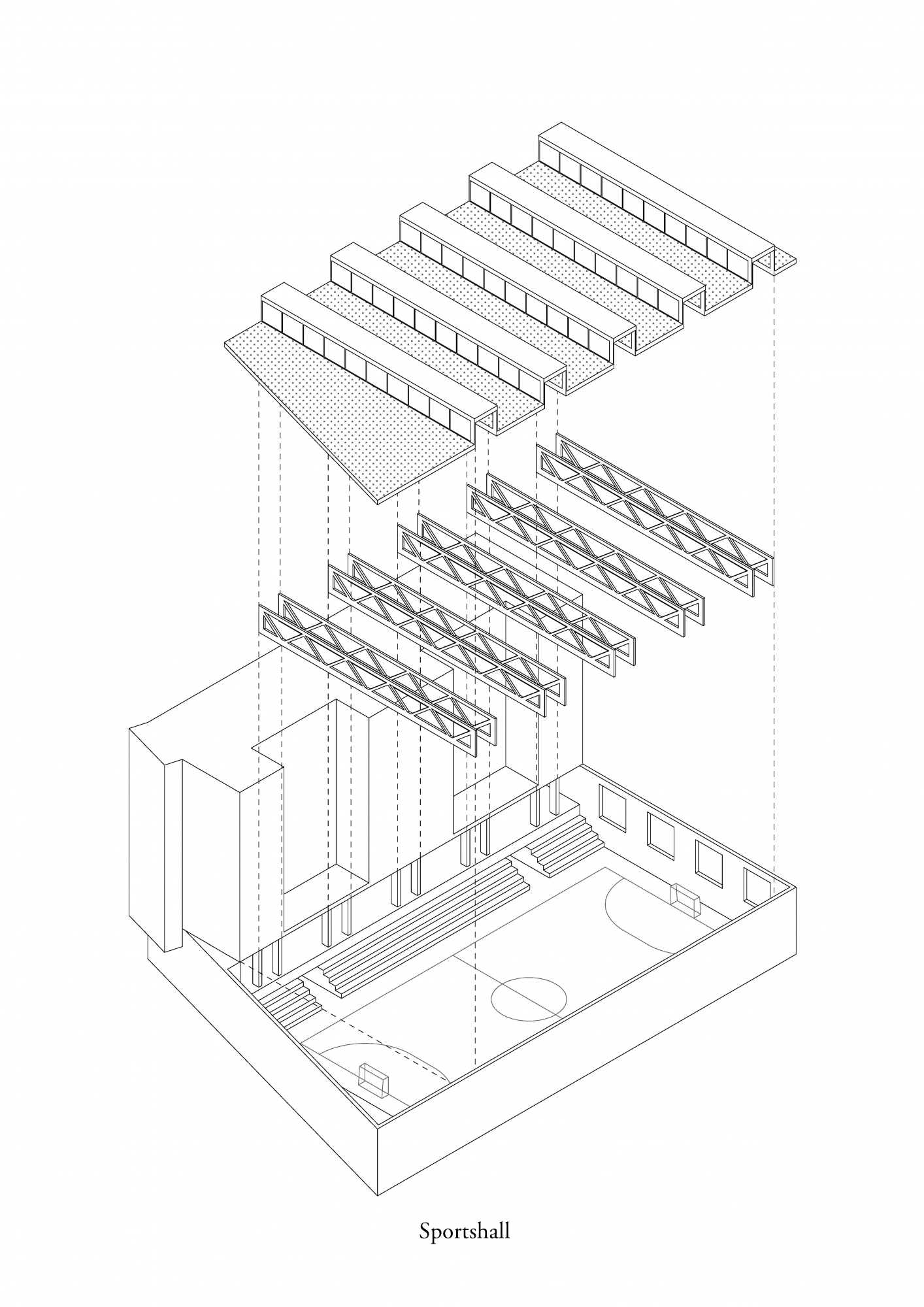 The regeneration of Rempart des Moines has to be distinctive and imaginative. At the same time it needs to take into account its place in the City – what we find today and what took place in the past.

We are interested in cities, in how buildings and streets can create cities which are pleasant, vibrant and encourage a sense of ownership and pride. The loose urban conditions that exist on the site today create uncertainty and isolation from the surrounding urban fabric. Patterns of development of this area evolved over time and formed an intimate, compact network following historic routes, land boundaries and geographic features.

We intend to give the site a strong and tangible identity – to utilise the idea of a quarter and form a unique urban space. Heterogeneity and variety are generated by the juxtaposition of different typologies and subtle variations within each of them.

In the ‘Mansion Blocks’ – predominant linear buildings, all apartments have dual aspect. The north-south alignment provides optimal orientation with both views to the east and west and sunlight throughout the whole day. Each home is accessed via an open gallery, which thanks to its generous size, functions as a communal space where neighbours can meet. Private outdoor spaces encourage residents to take ownership of the gallery as a spot to sit or a place for potted plants.

Ground floors open towards the two new squares by being principally occupied by the association and support spaces for residents such as cycle and refuse storage. The elderly day care and sports centre also stay in close relation with public spaces. Dwellings are accessed through a portal into a passage leading to the communal courtyard garden.

The east-west passages connecting Rue du Grand-Serment and Rue du Rempart des Moines are intended to recall the dense streets which characterised the neighbourhood up to 1960’s. Along these passages large family homes are placed providing children with immediate access to outside space where they can play within the pedestrianized lanes, safely overlooked by parents.

At the north and southeast apex of the site stand ‘Sentinels’ – two buildings of a different character. They look outwards the site, signifying the presence of the quarter and giving it particular prominence within the adjoining public spaces: Place Jacques Brel and Place du Jardin aux Fleurs.