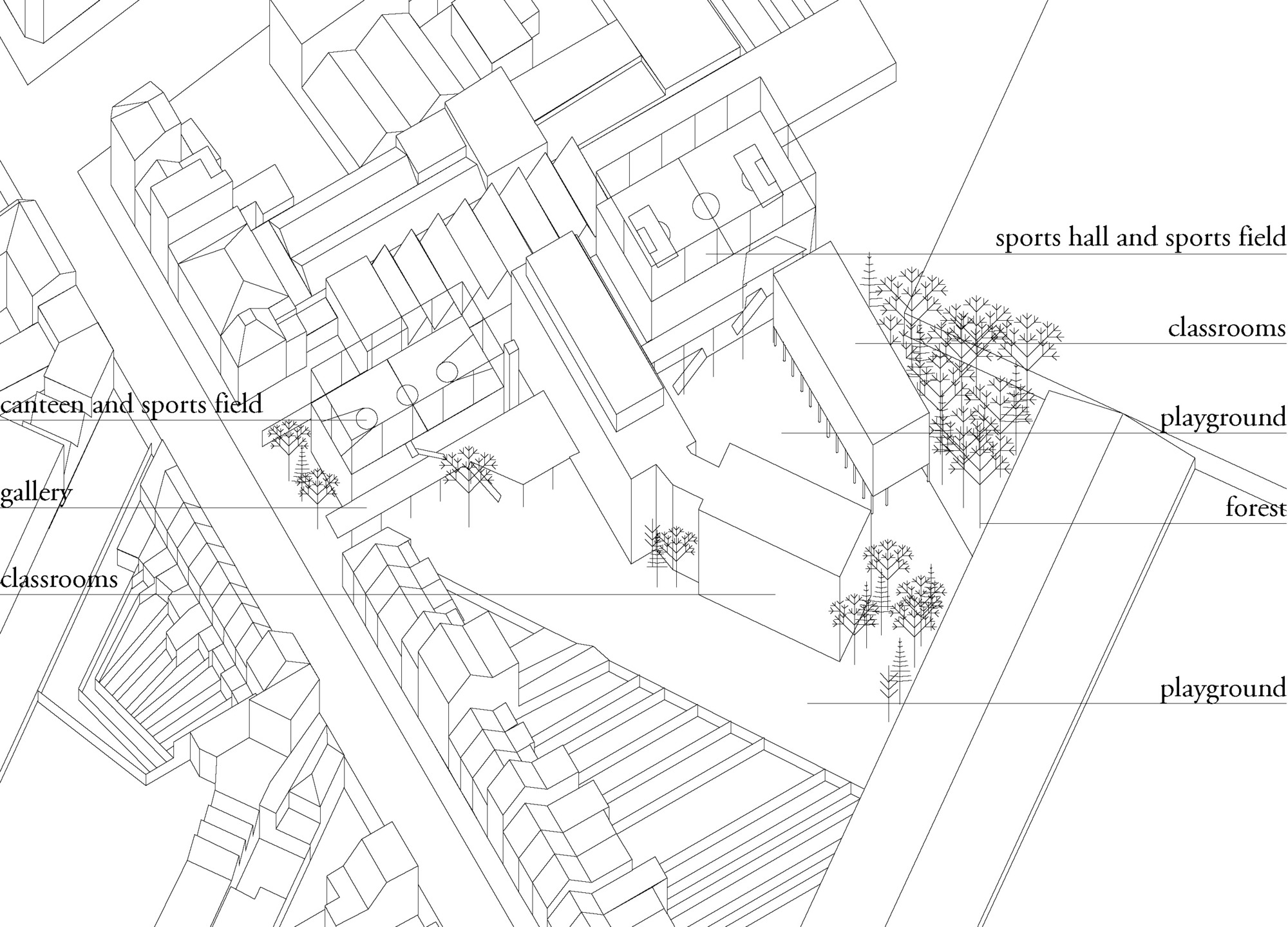 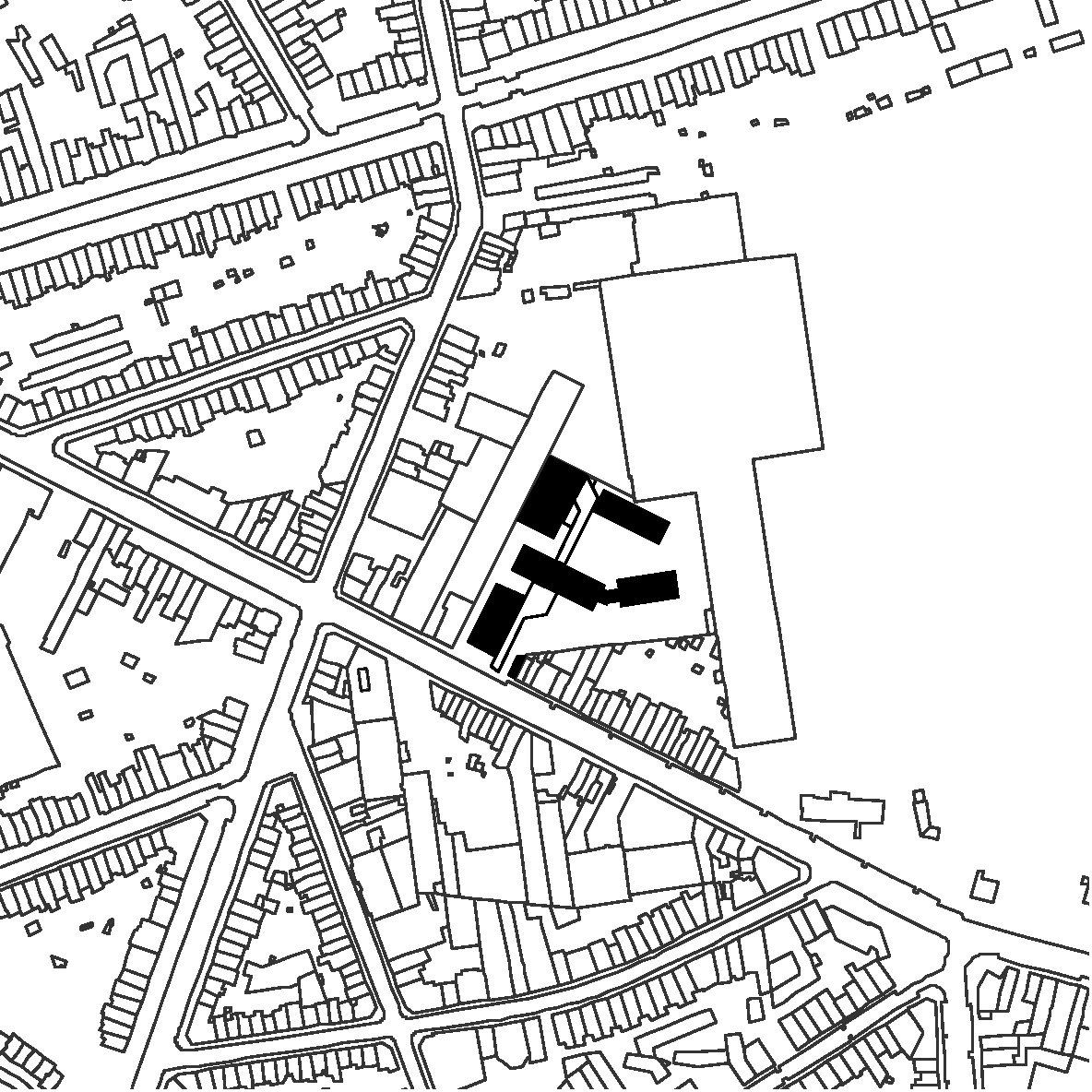 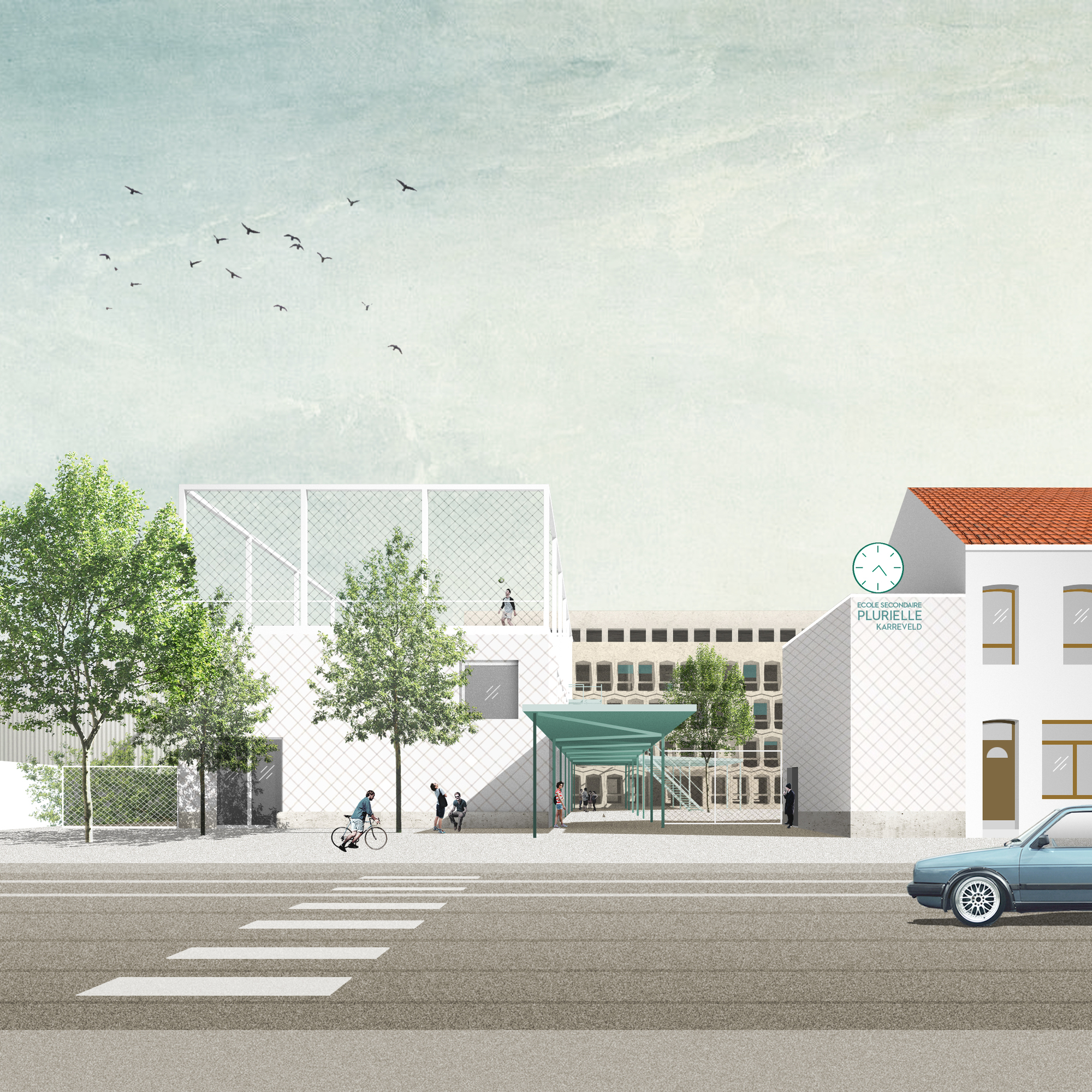 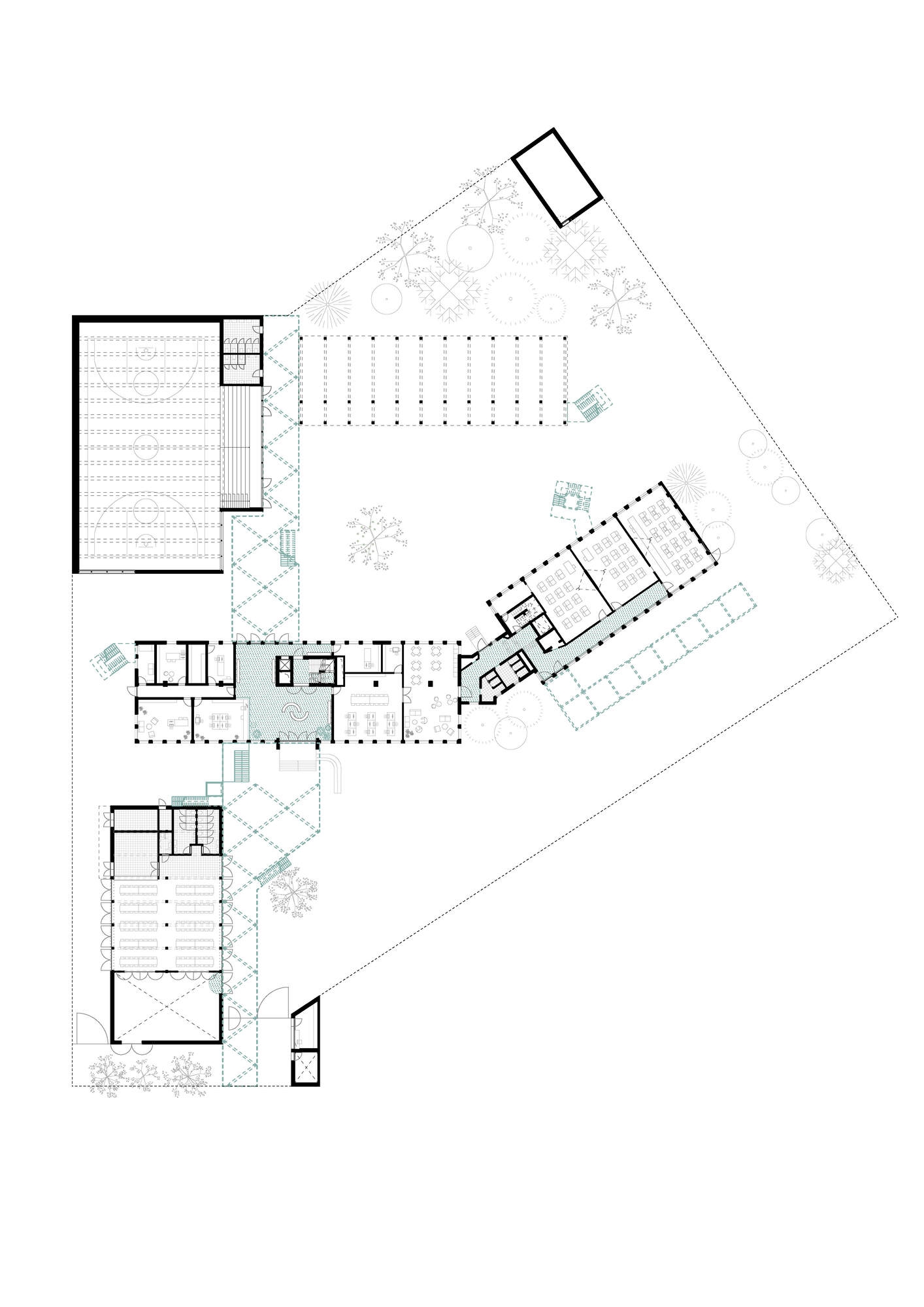 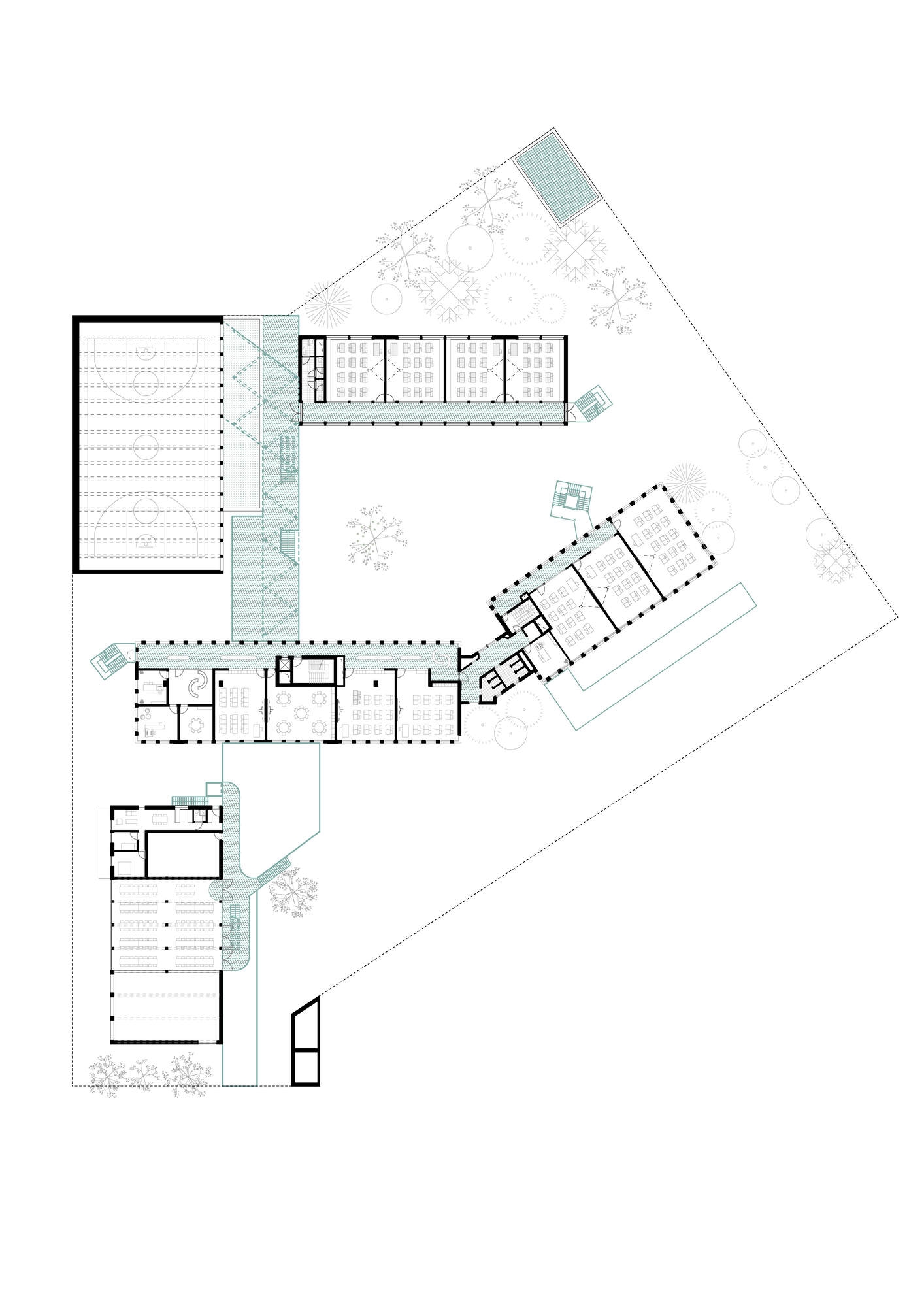 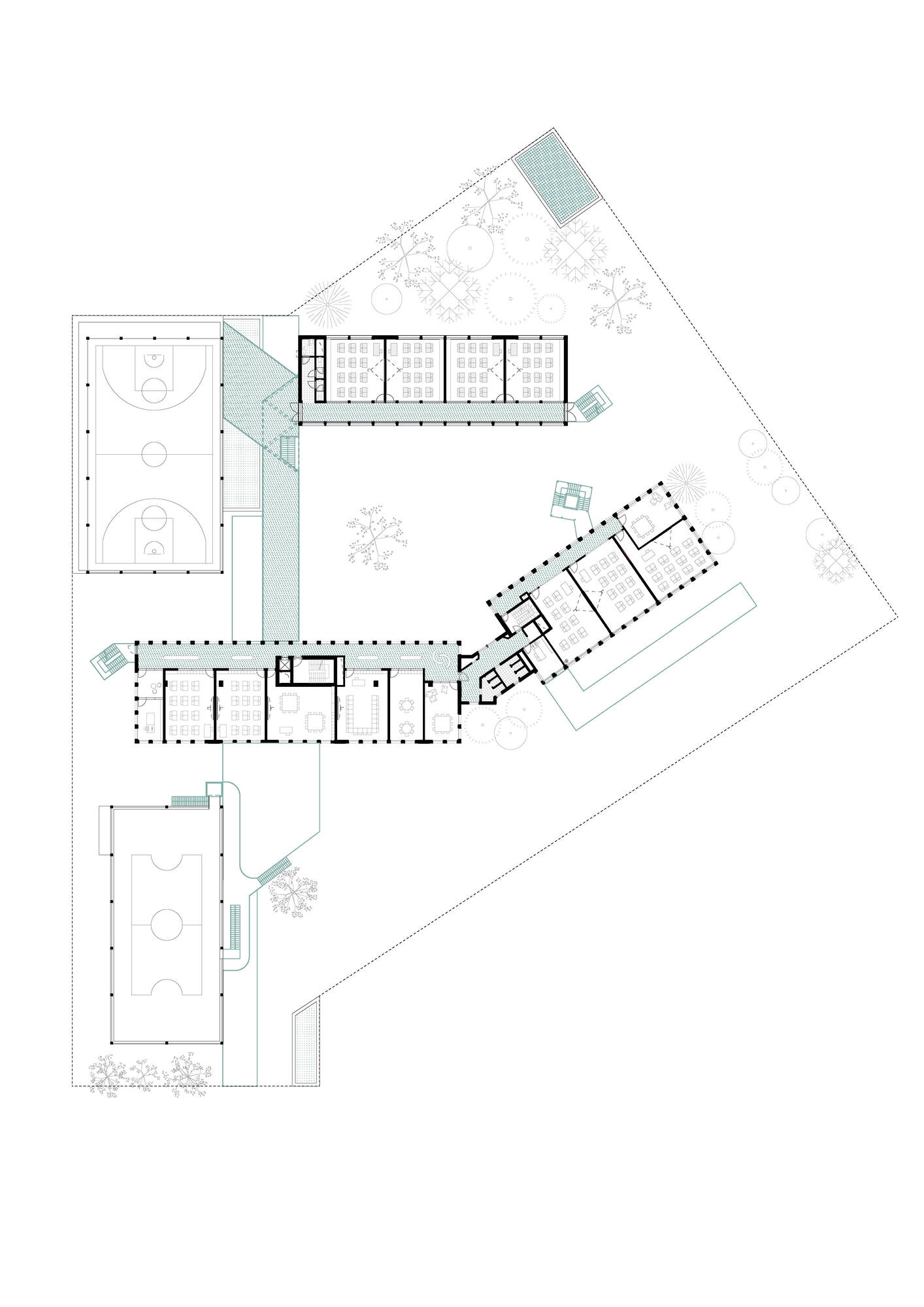 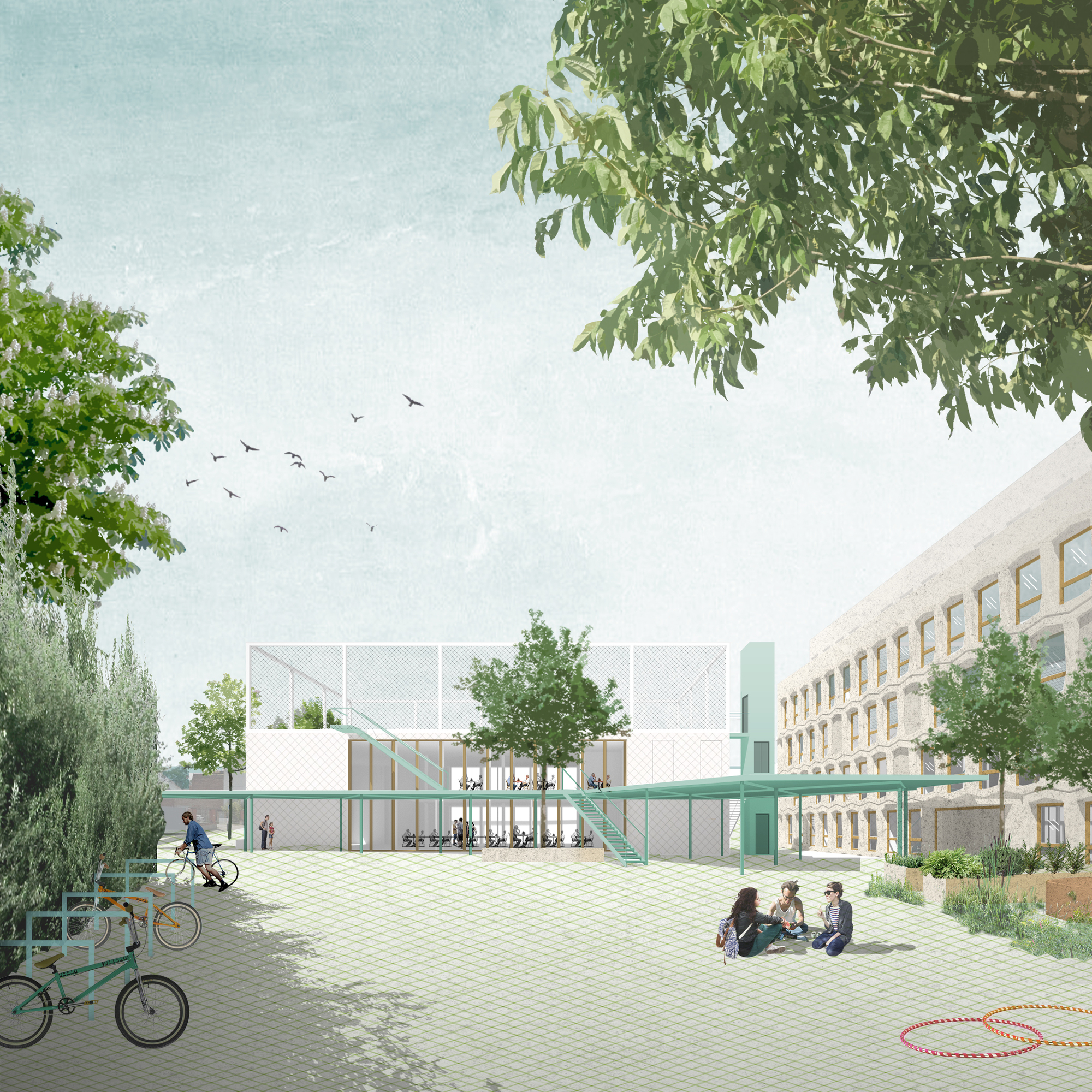 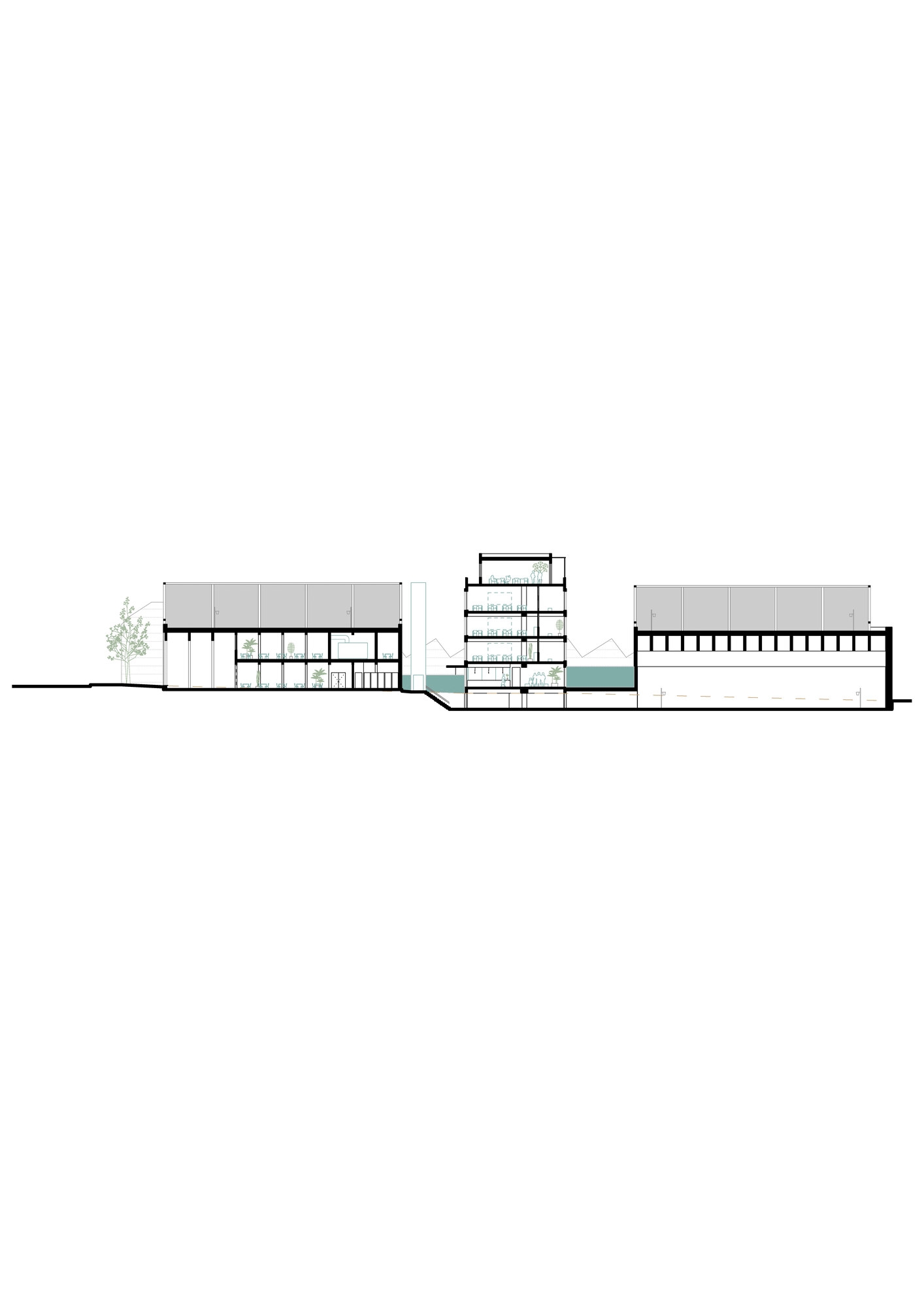 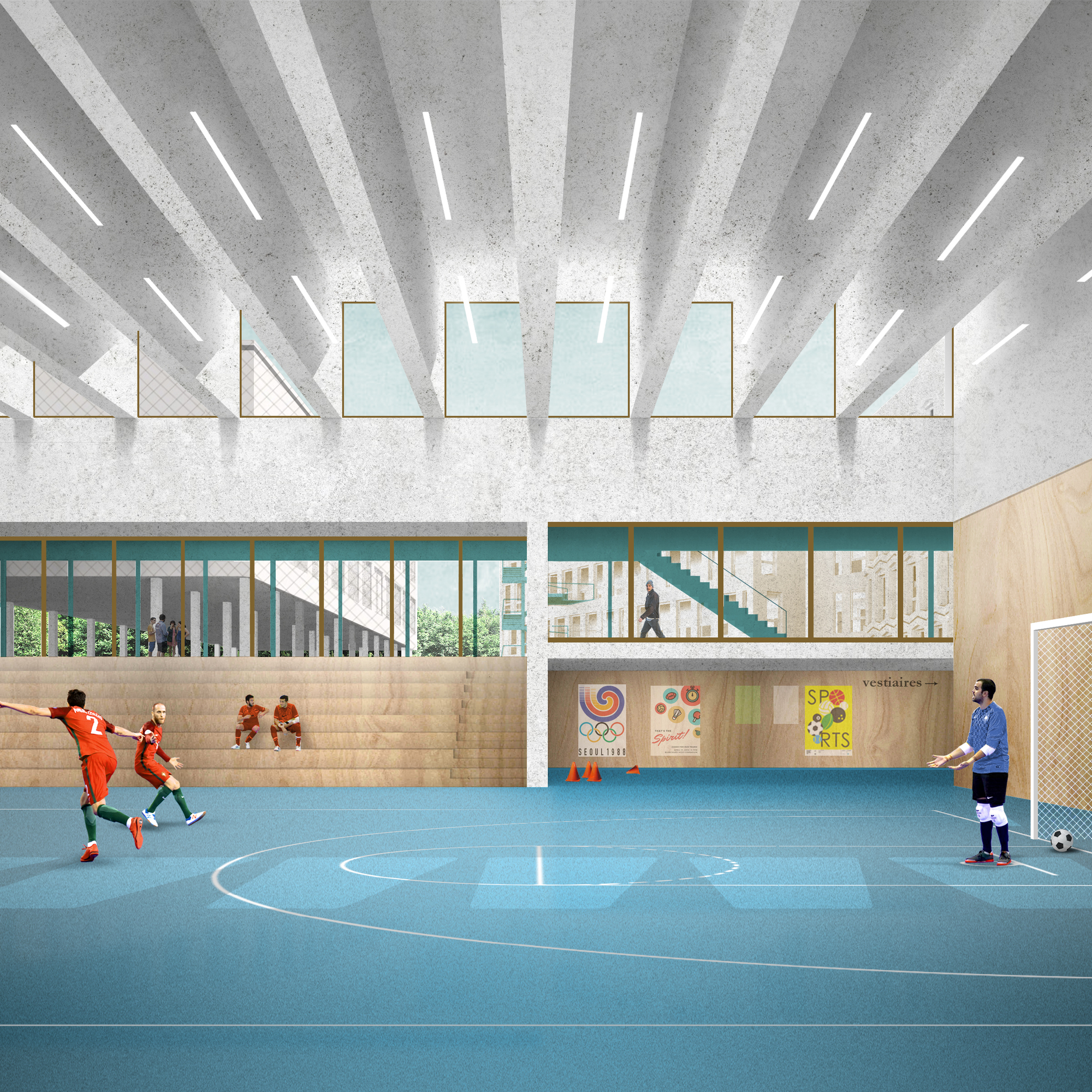 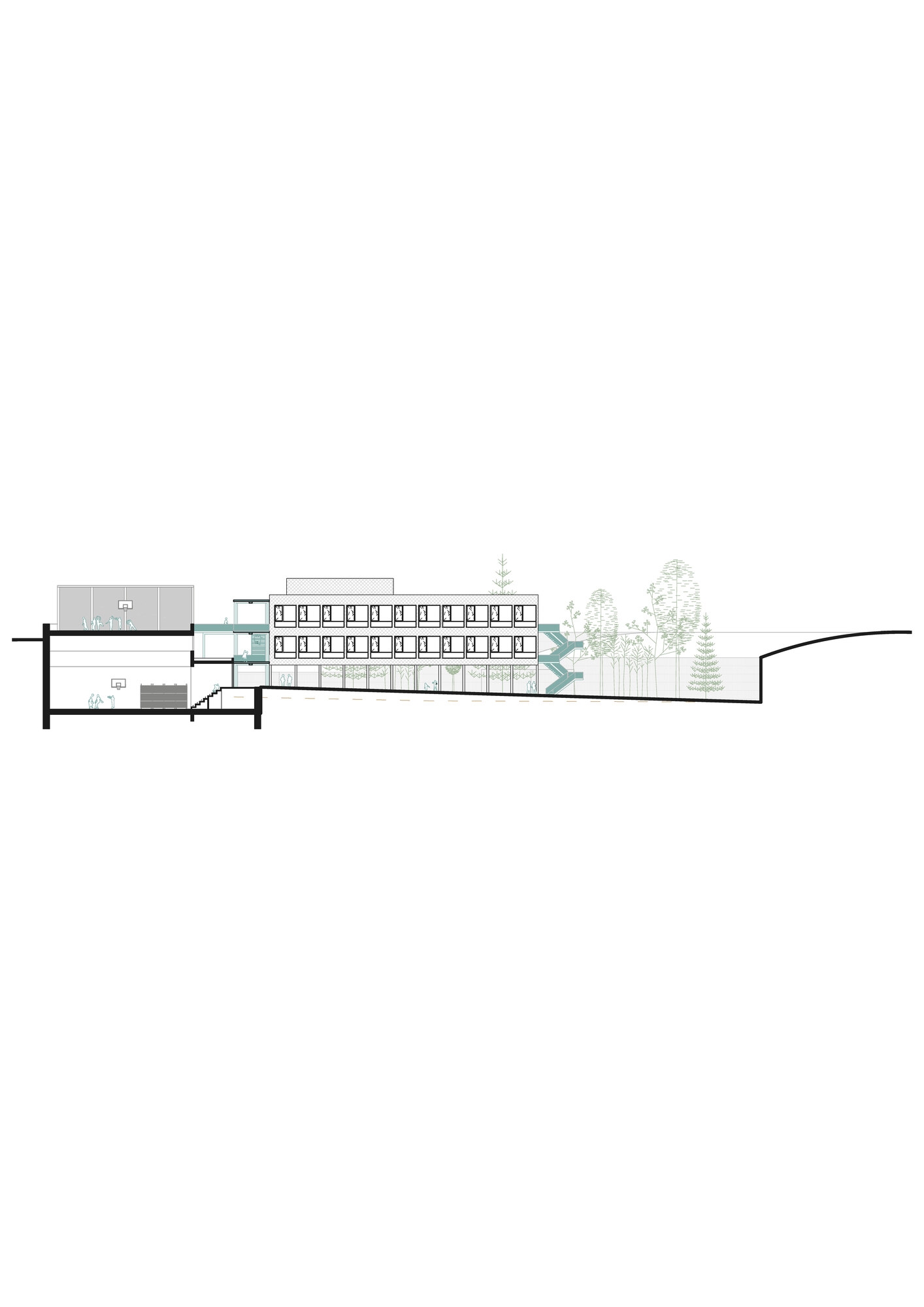 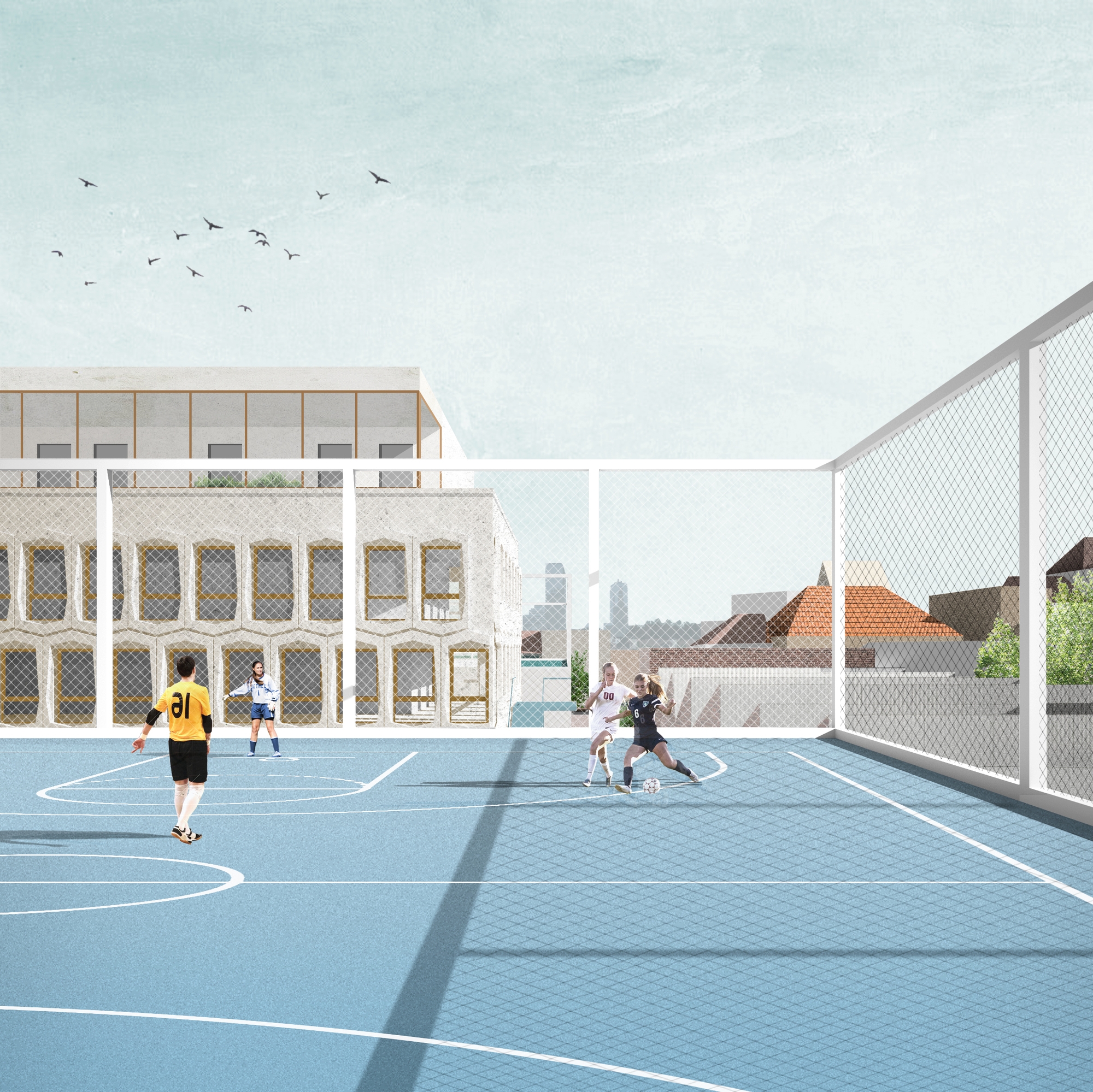 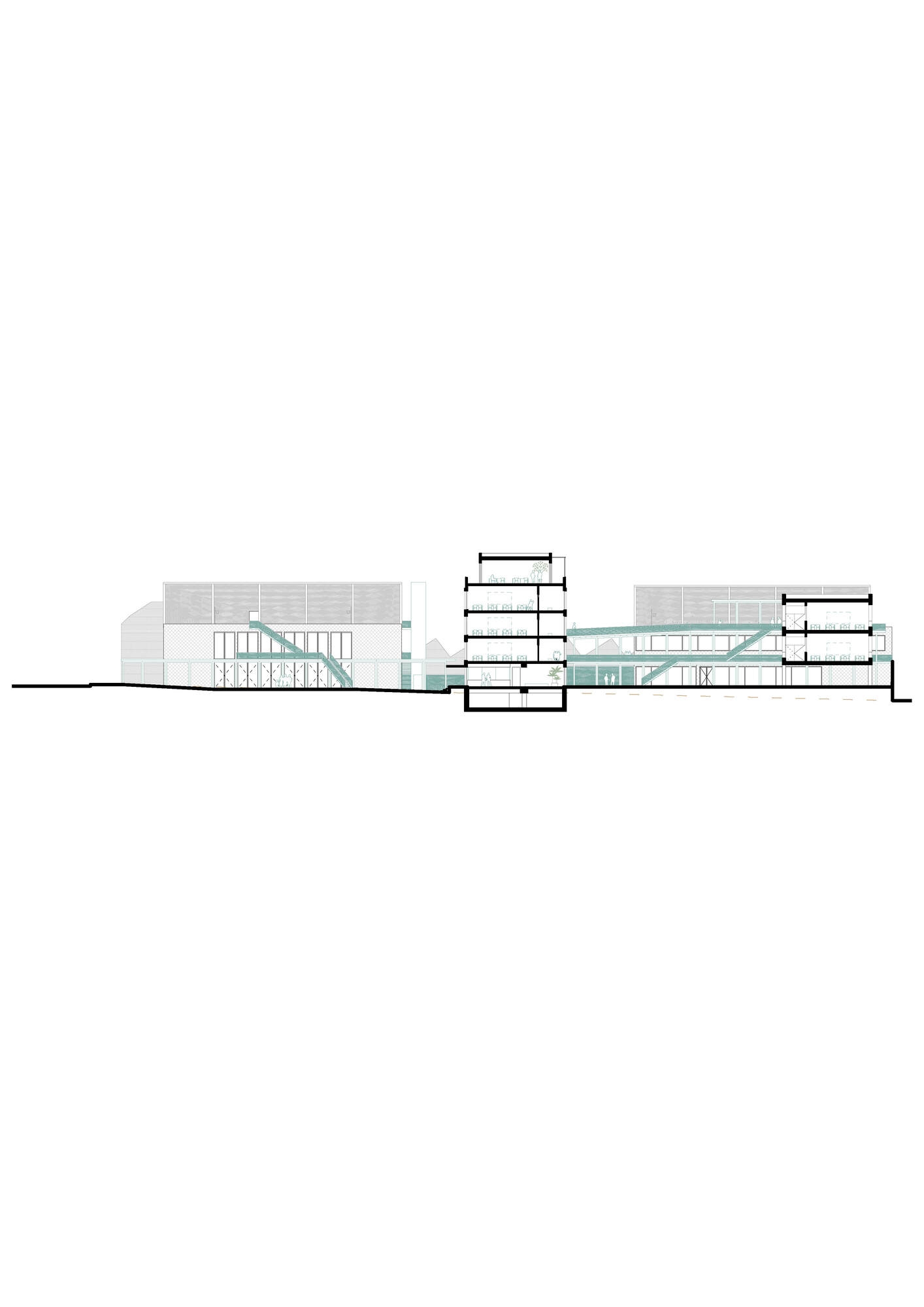 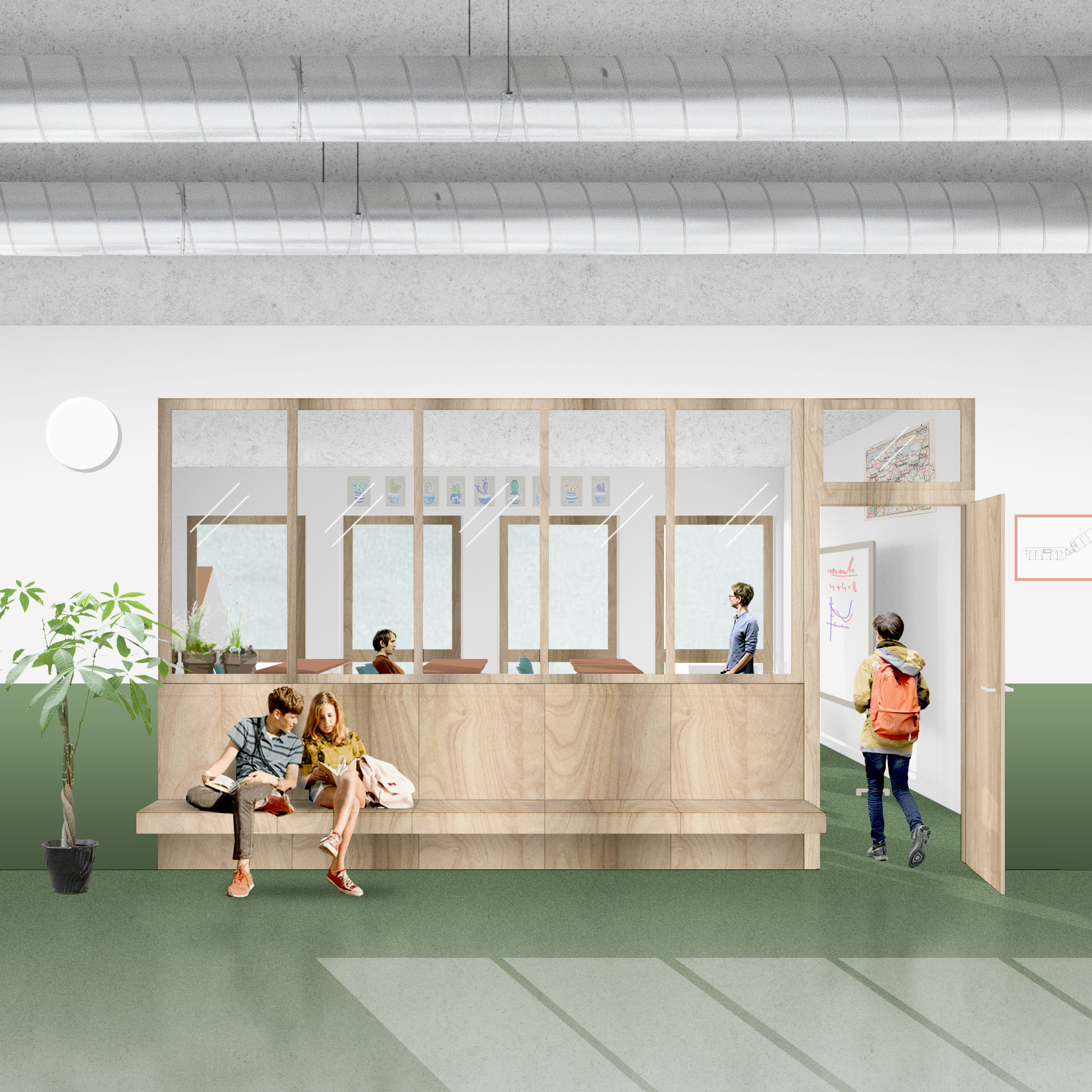 A connecting canopy forms the beating heart of this school campus. It links all new functions that are foreseen for the transformation and extension of offices into a secondary school: sport facilities, 2 canteens, teachers areas and multiple classrooms.

The canopy arranges and defines inside and outside spaces, while connecting the newly added volumes in a very logic and readable way that allows for intuitive way-finding. This polyvalent connector starts at the very beginning of the site, where it forms a clear entrance and creates a buffer towards the street, allowing pupils to arrive in safety. Further on, it flanks the polyvalent space and the canteens, creating a partly covered playground. When the canopy pierces through the existing building, the entrance lobby of the school is formed: the administration and teacher spaces are located around it. Behind the existing building, the canopy gives access to the sports hall on the left side and a classroom volume on the right. The sports hall provides a sport field with official dimensions, both inside and outside (on the roof). The classroom volume is placed on pilotis, to provide covered playground surface.

The proposed 3-dimensional canopy forms both the horizontal and the vertical circulation, giving access to the sports field on the roofs of the new volumes. Thanks to a smart system of access, the canopy and its surrounding functions can be used by the pupils during the day, and by the neighbours at night, creating a dense social mix between different users of the city.