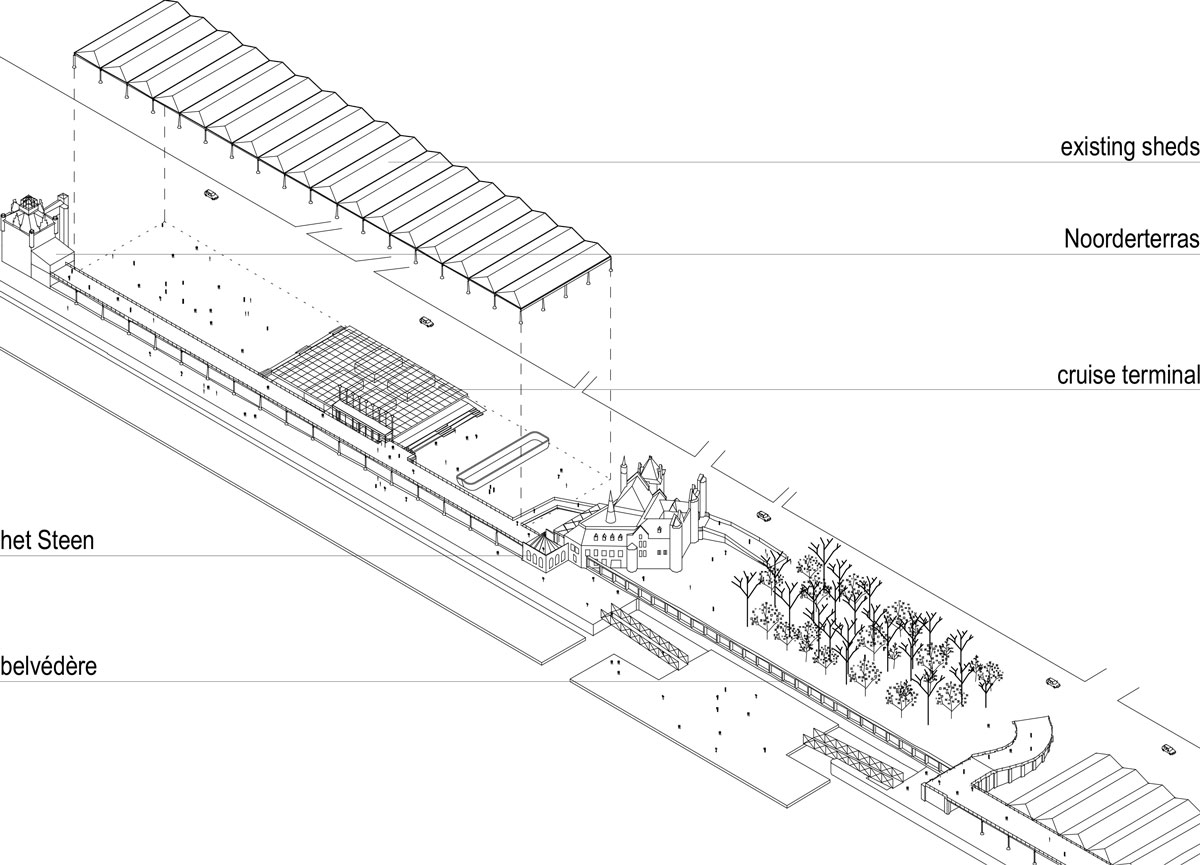 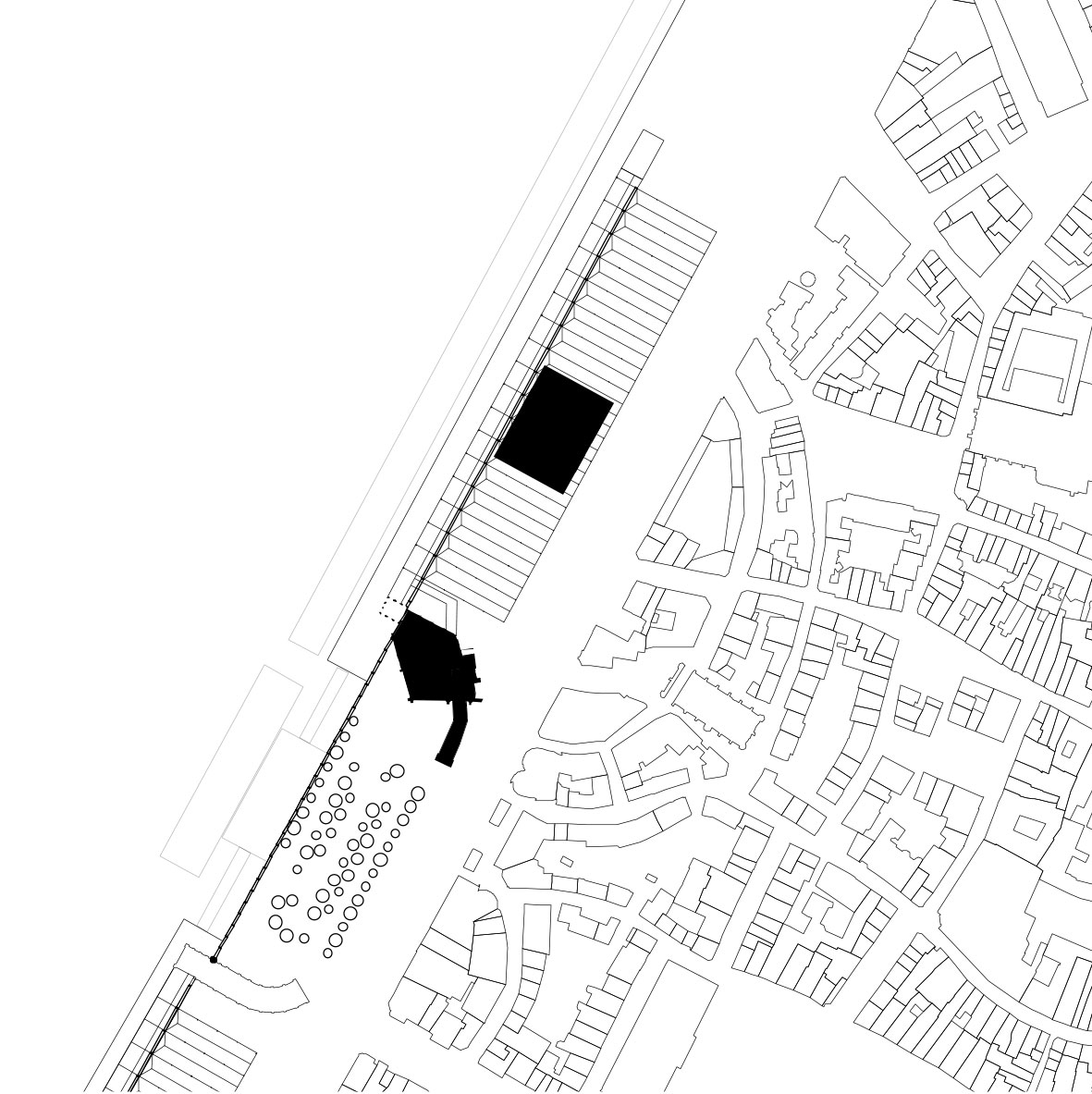 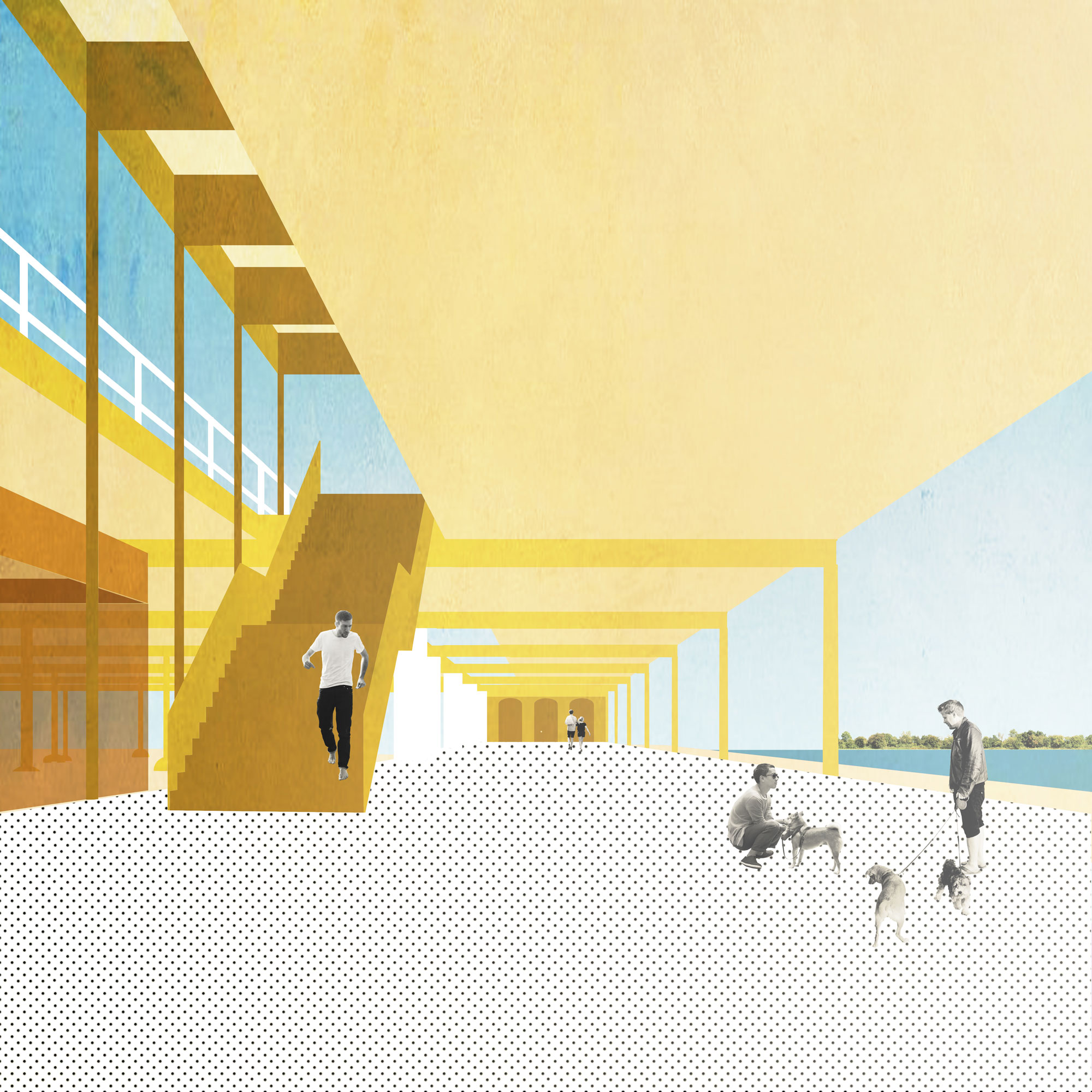 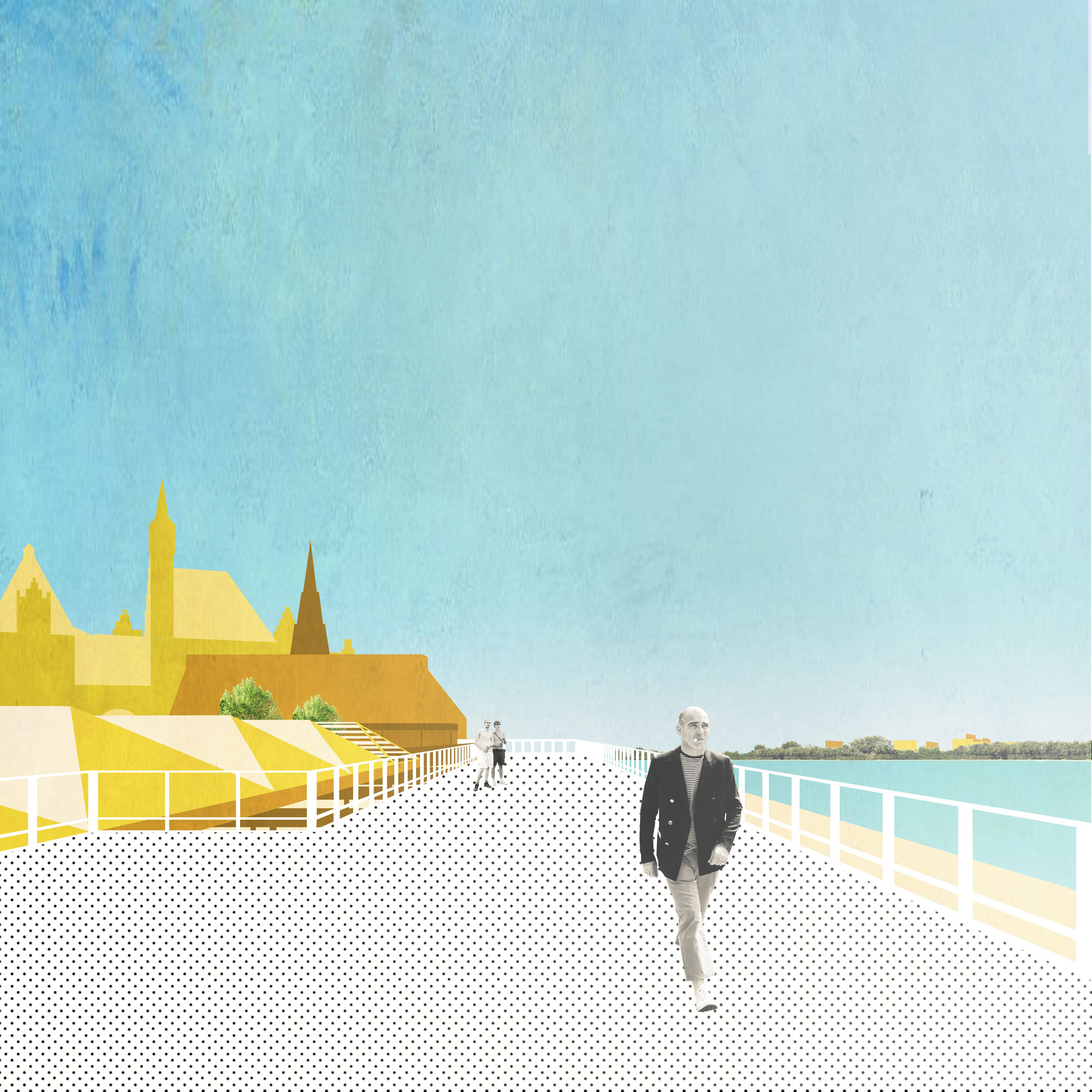 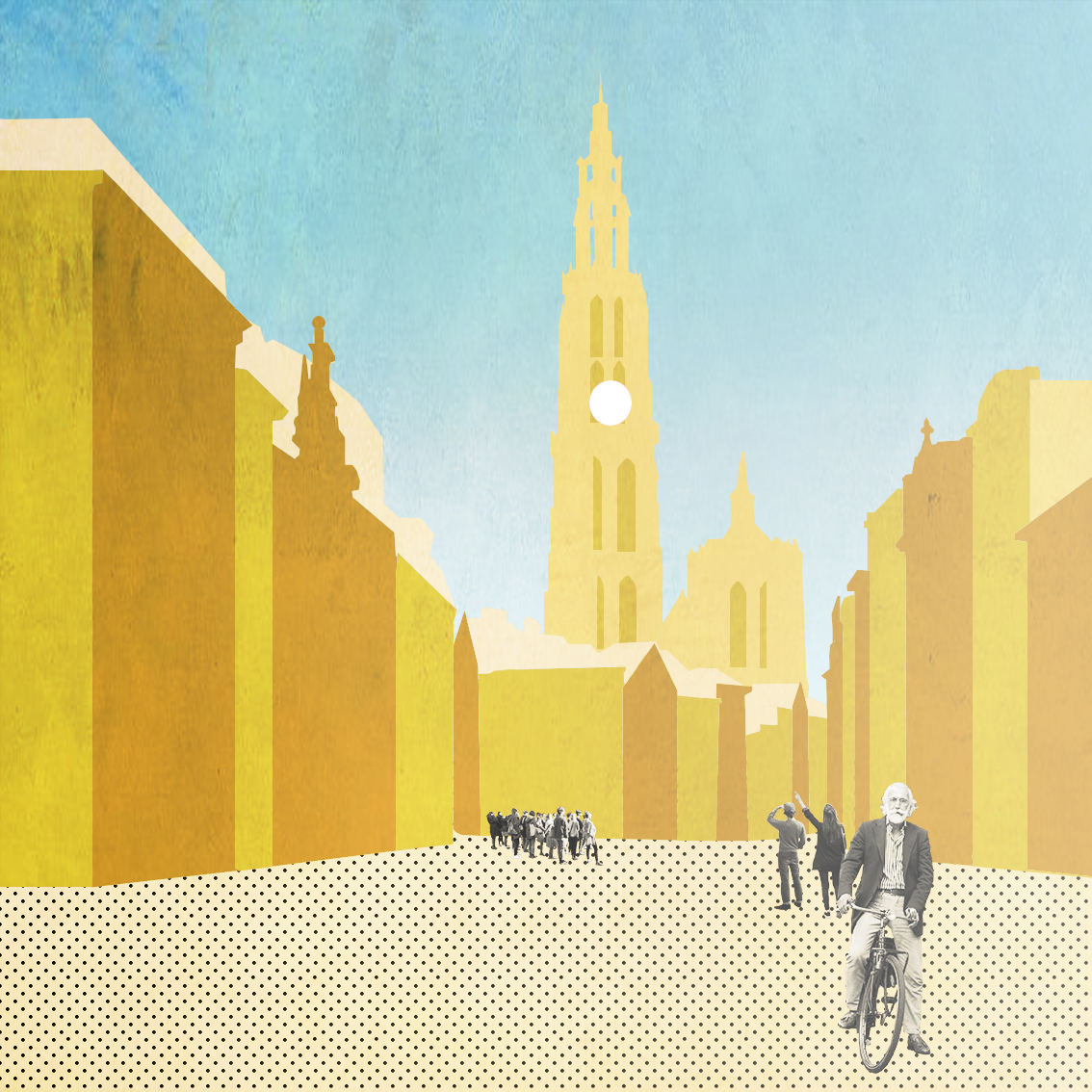 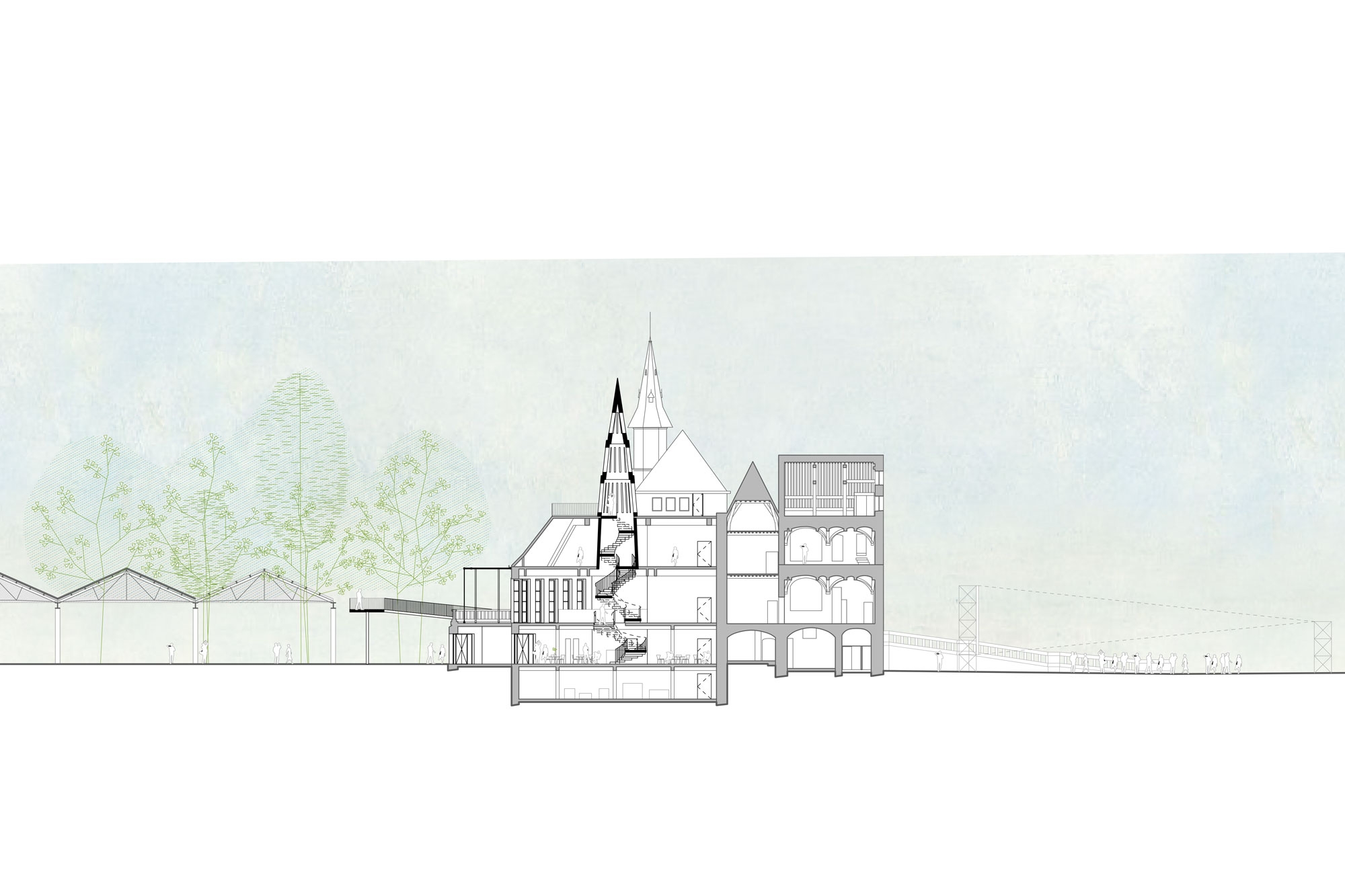 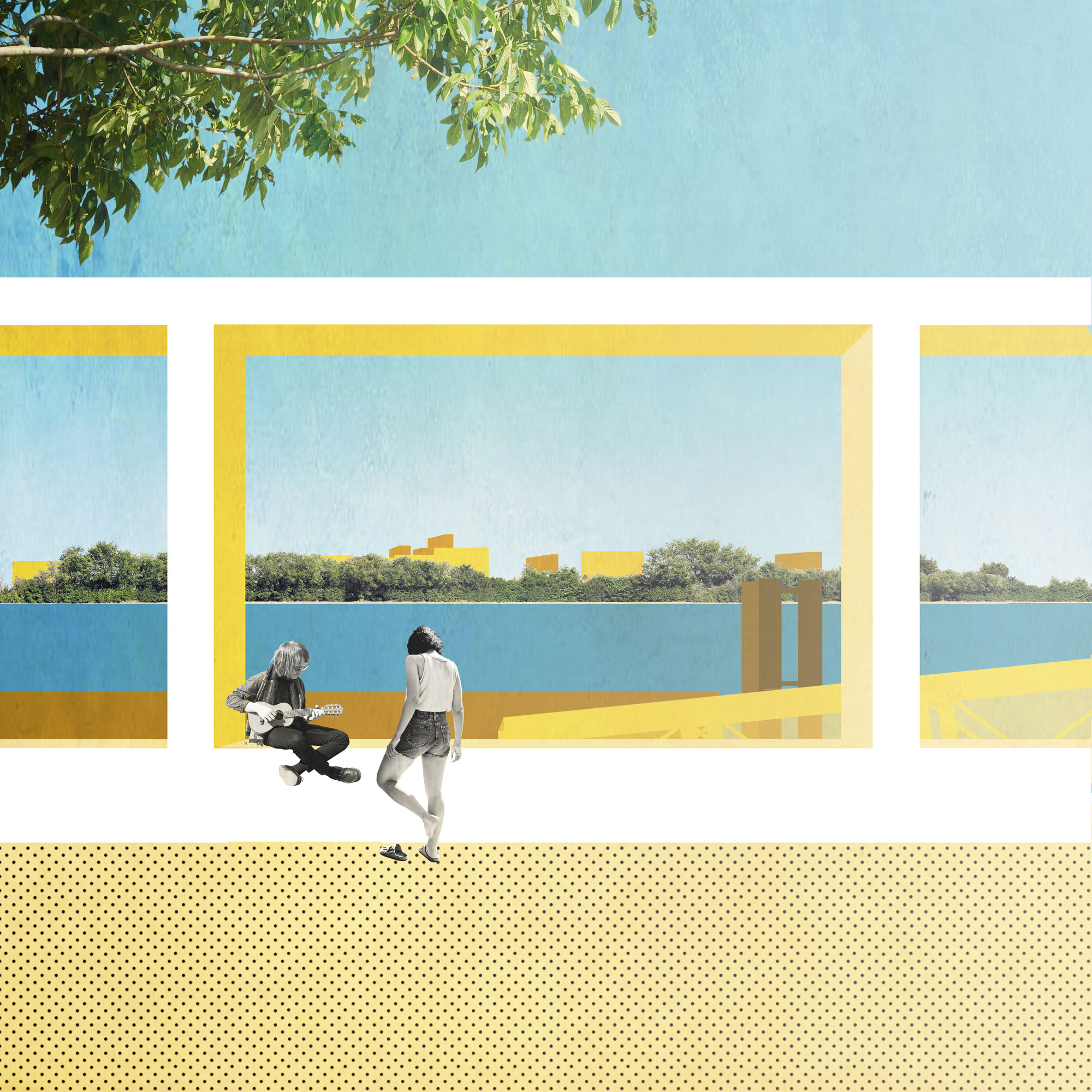 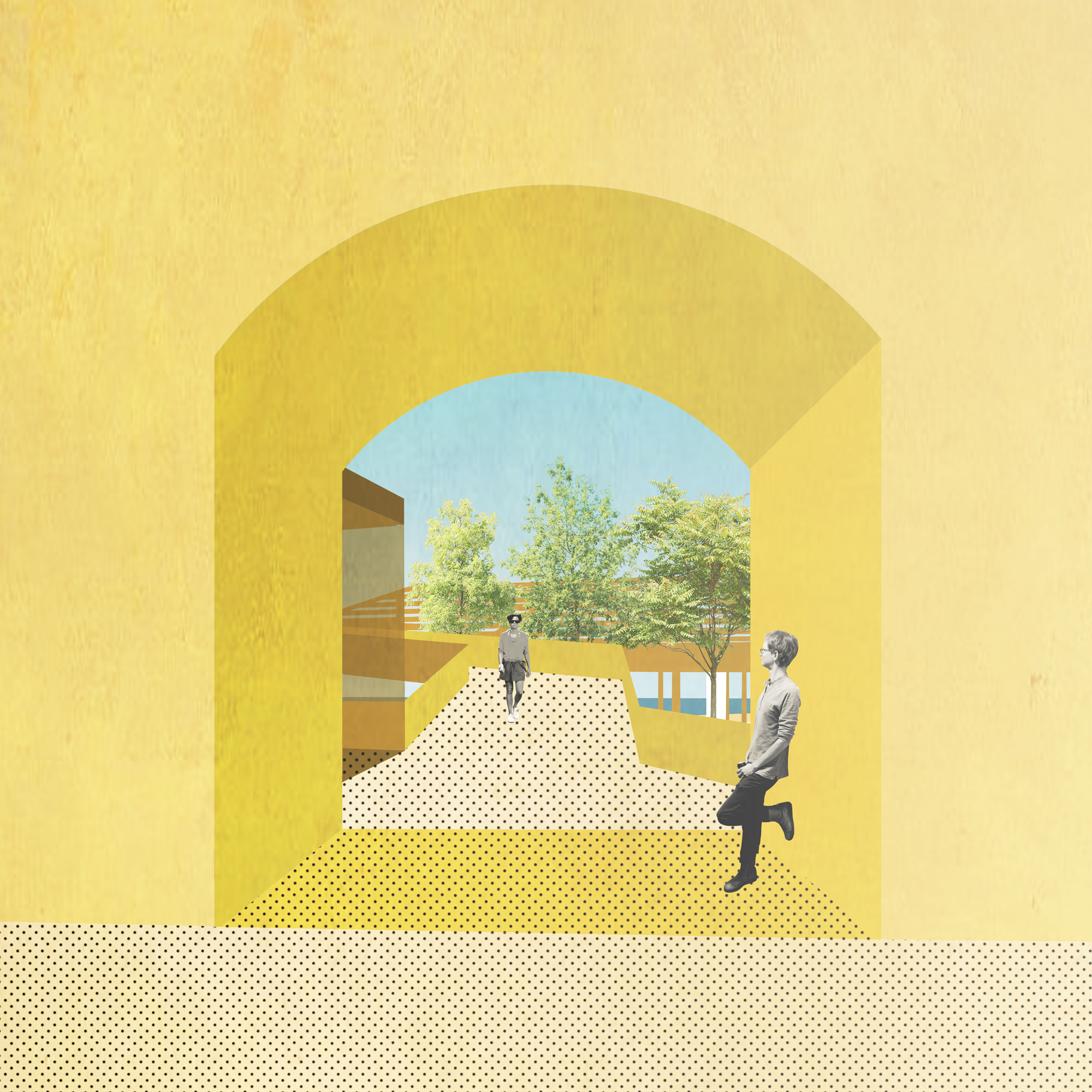 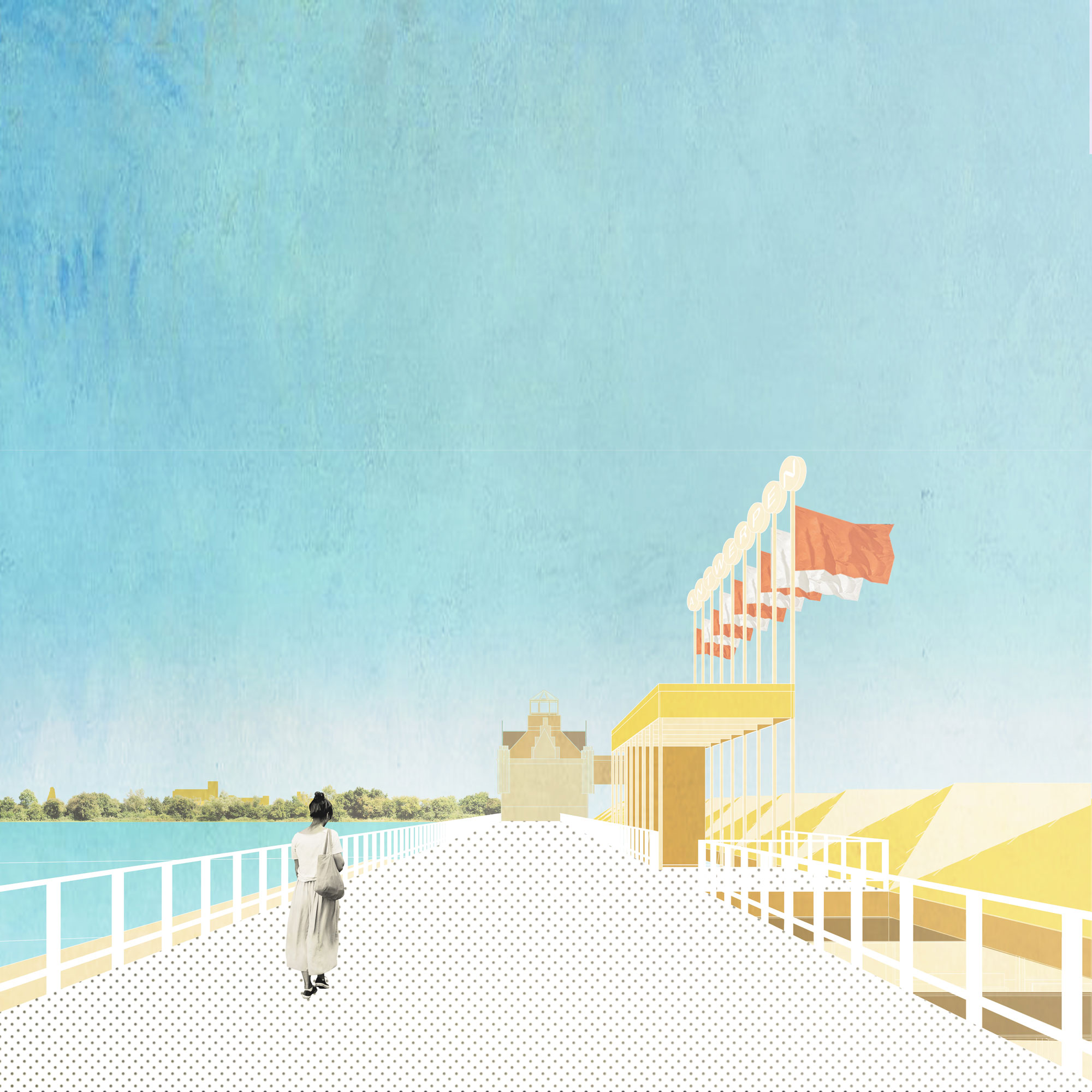 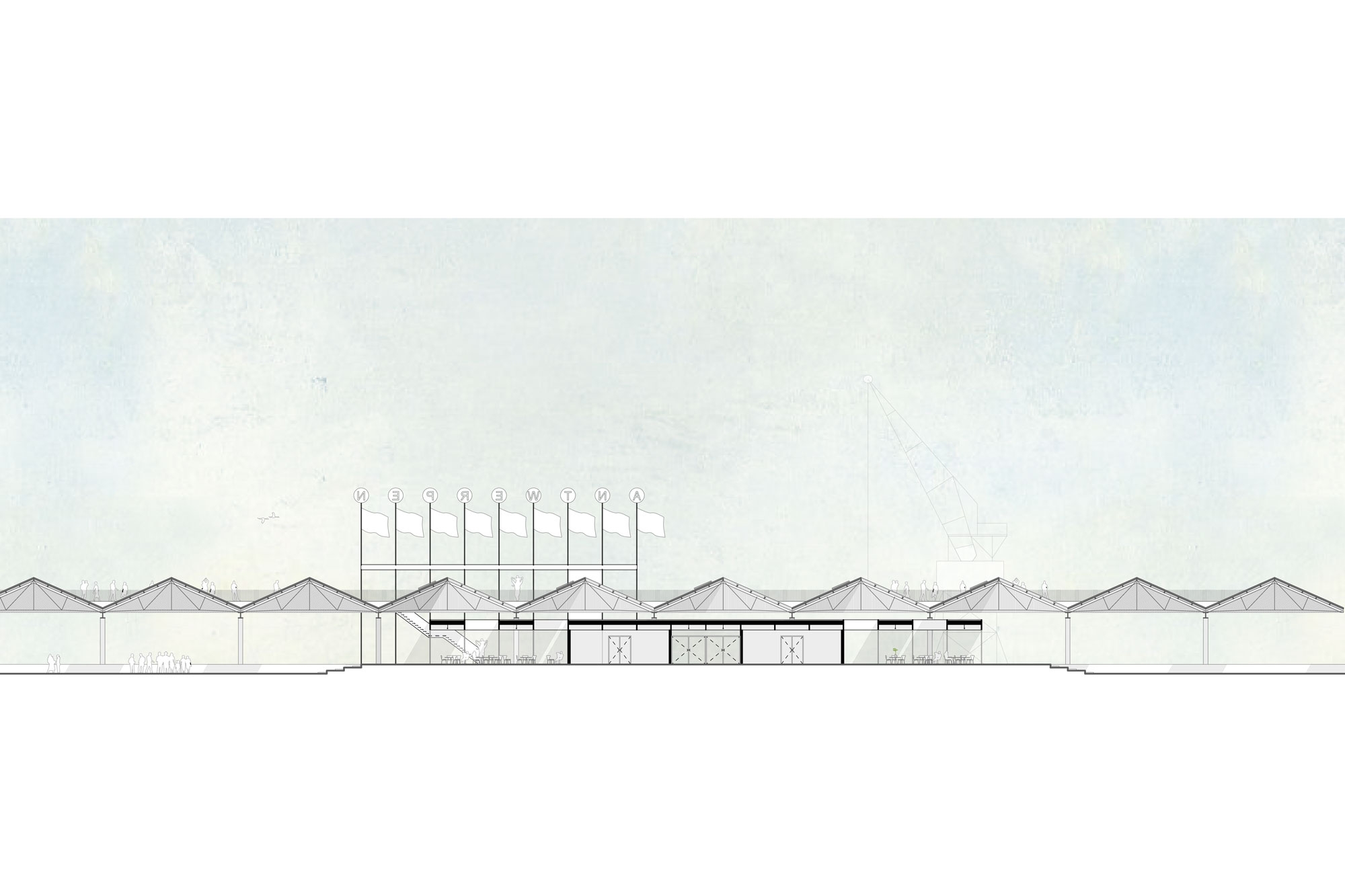 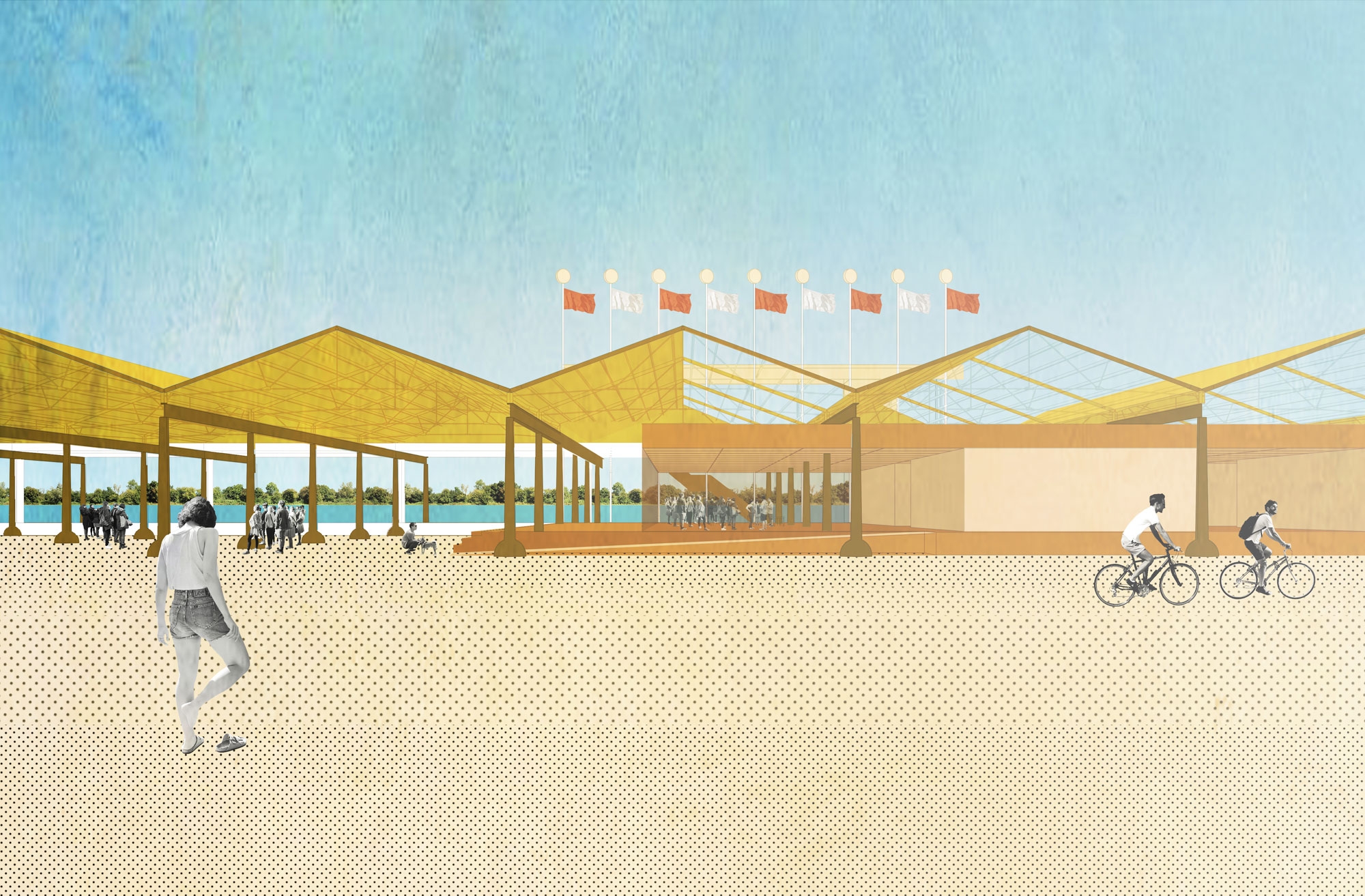 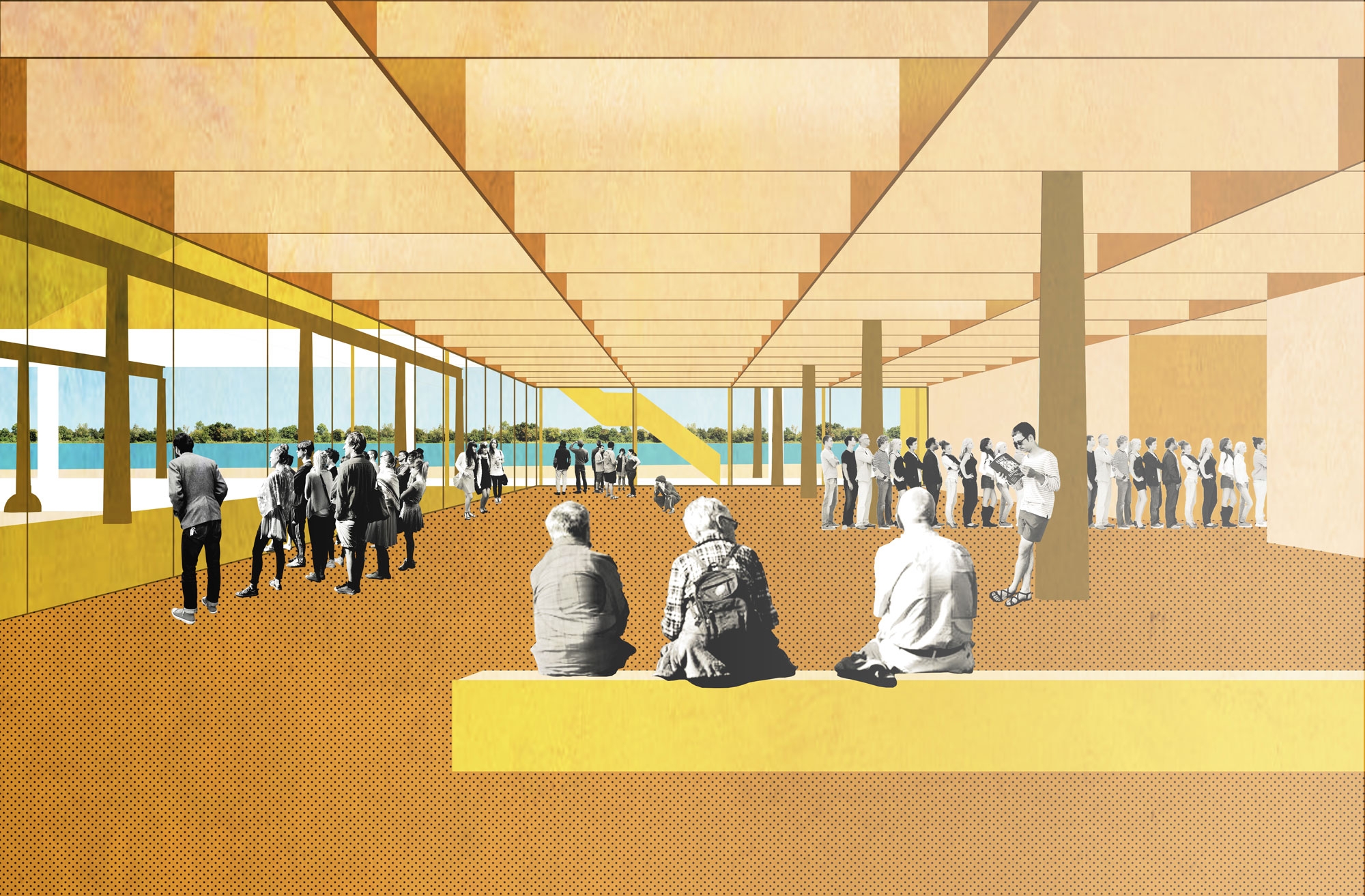 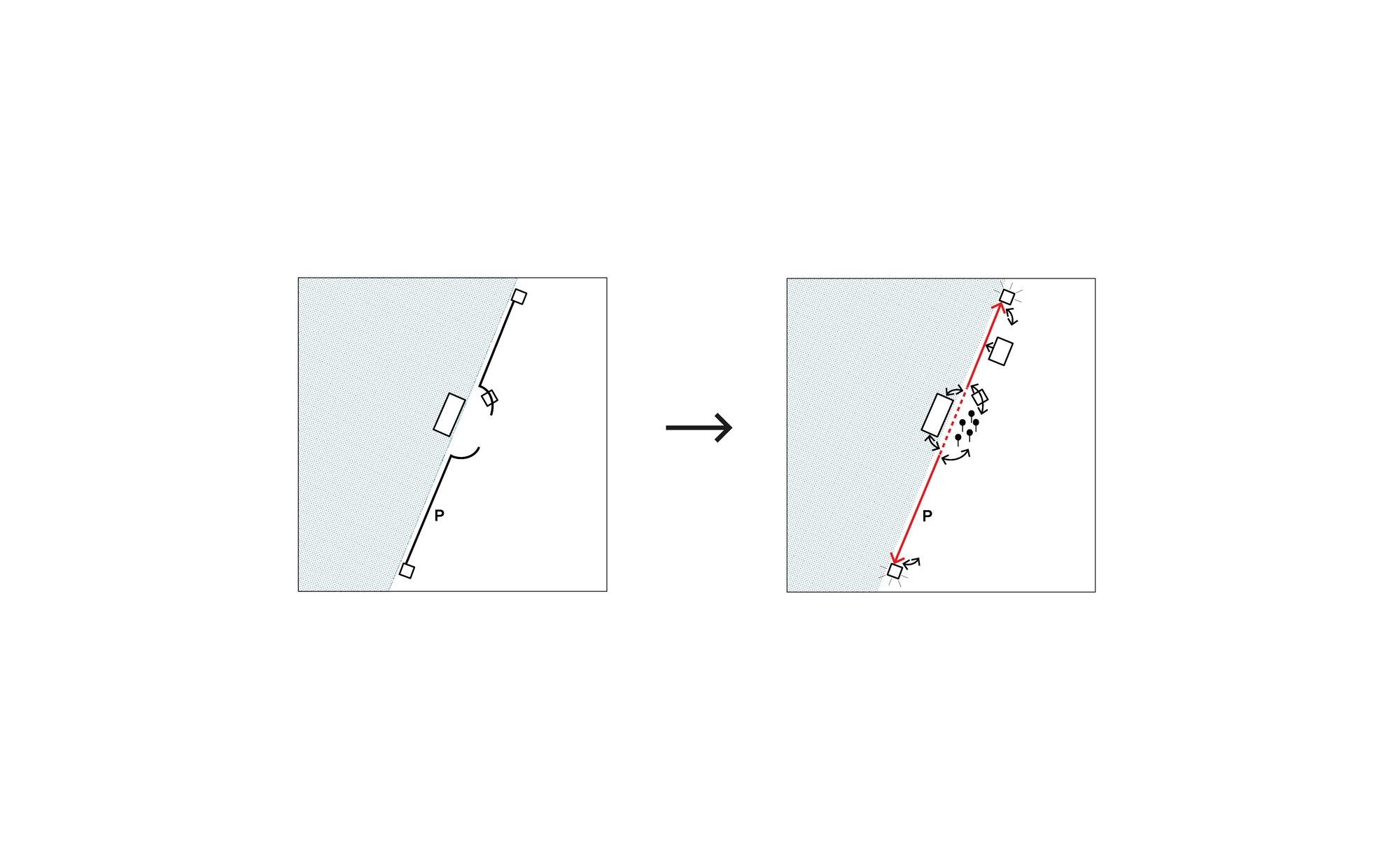 VISION FOR THE REDEVELOPMENT OF THE SITE HET STEEN, INCLUDING THE INTEGRATION OF A VISITOR CENTRE AND A CRUISE TERMINAL IN ANTWERP | OPEN CALL ORGANIZED BY THE FLEMISH GOVERNMENT ARCHITECT

Originally built as part of the fortification system of the historical city, Het Steen and its surroundings have been shaping the skyline of Antwerp for centuries. Throughout the years the city has expanded inland and the building known as ‘Het Steen’ is the last isolated fragment remaining of its former border. During Napoleon times, the quays were straightened in order to follow the rational structure of a developing commercial harbour. To compensate the new physical barrier between the citizens and their river, elevated promenades were built above the quays, forming viewing platforms over the harbour towards the water.

As a result of multiple consecutive alterations, the large site suffers nowadays from a lack of spatial and programmatic structure, but does offer a rich variety of fragmented existing elements. New climatic conditions require the city to review its defense system, this time not from potential invaders, but against rising water levels.

The project, with minimal interventions, proposes to embrace the historical and structural complexity of the site, the recent infrastructural challenges, and the new programmatic needs, as opportunities for the city to redefine its relation to the water.

More than a mere functional water barrier, the retaining system becomes the embodiment of a spatial border between city and water, and a structuring spine, connecting the different pavilions and planes, both existing and new, that are plugged into it. At the level of the Steenplein it forms a ‘Belvédère’, a series of deep window frames looking towards the water and the Linkeroever.

Het Steen, Antwerp’s oldest building, is dedicated to house the city’s new visitor centre. Minimal and punctual interventions are added to the historical building in order to enhance its readability and optimise circulation through the medieval structures and their extensions.

The cruise terminal is strategically positioned underneath the existing sheds, helping to define the vast open space they shelter, and is developed as a pragmatic and flexible hall that doubles as a facility space for events taking place around the sheds.

The proposal programs and defines the context of Het Steen. It provides a frame for the new central waterfront and positions visitors and citizen at the heart of the city’s ongoing history.