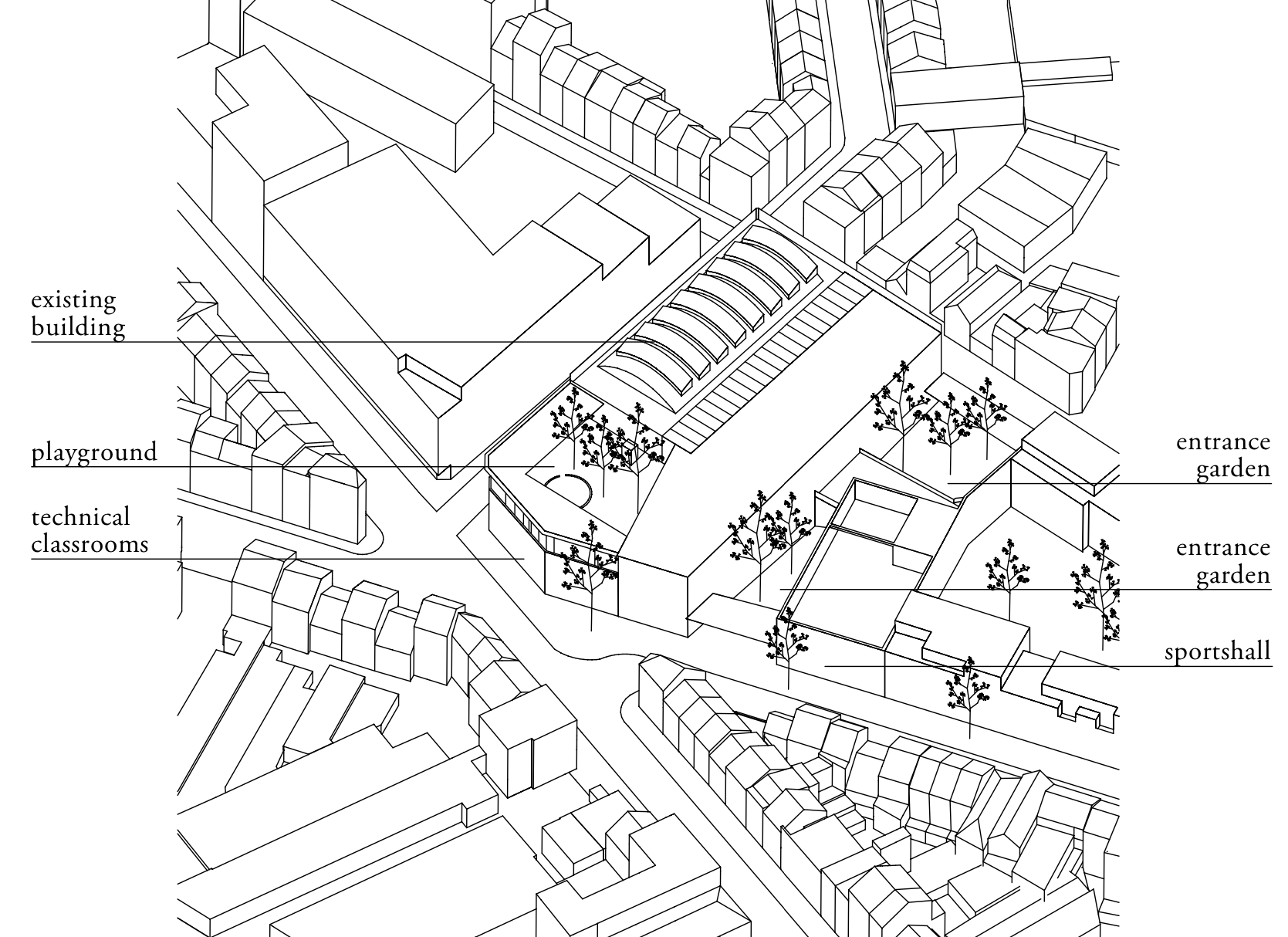 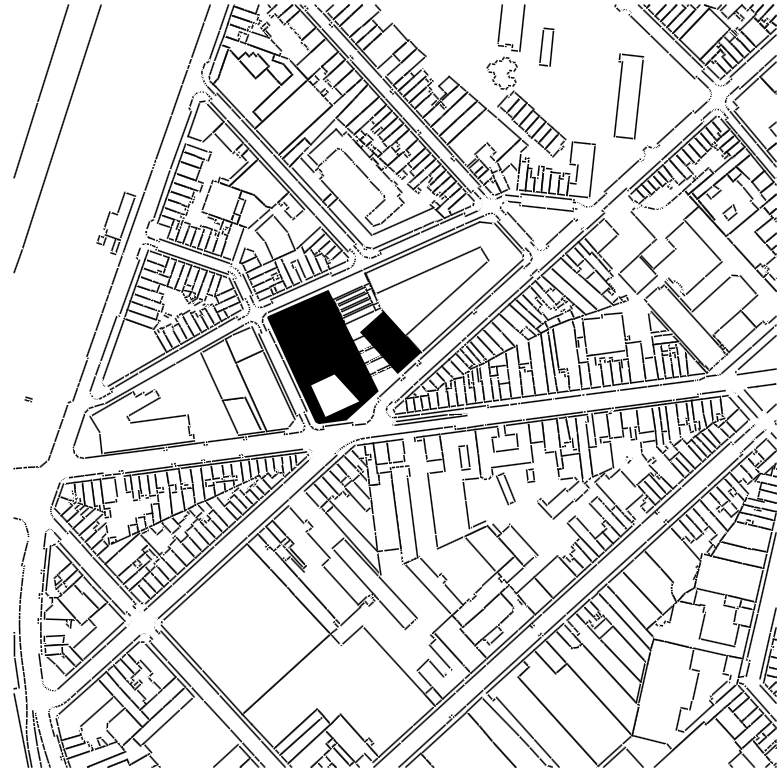 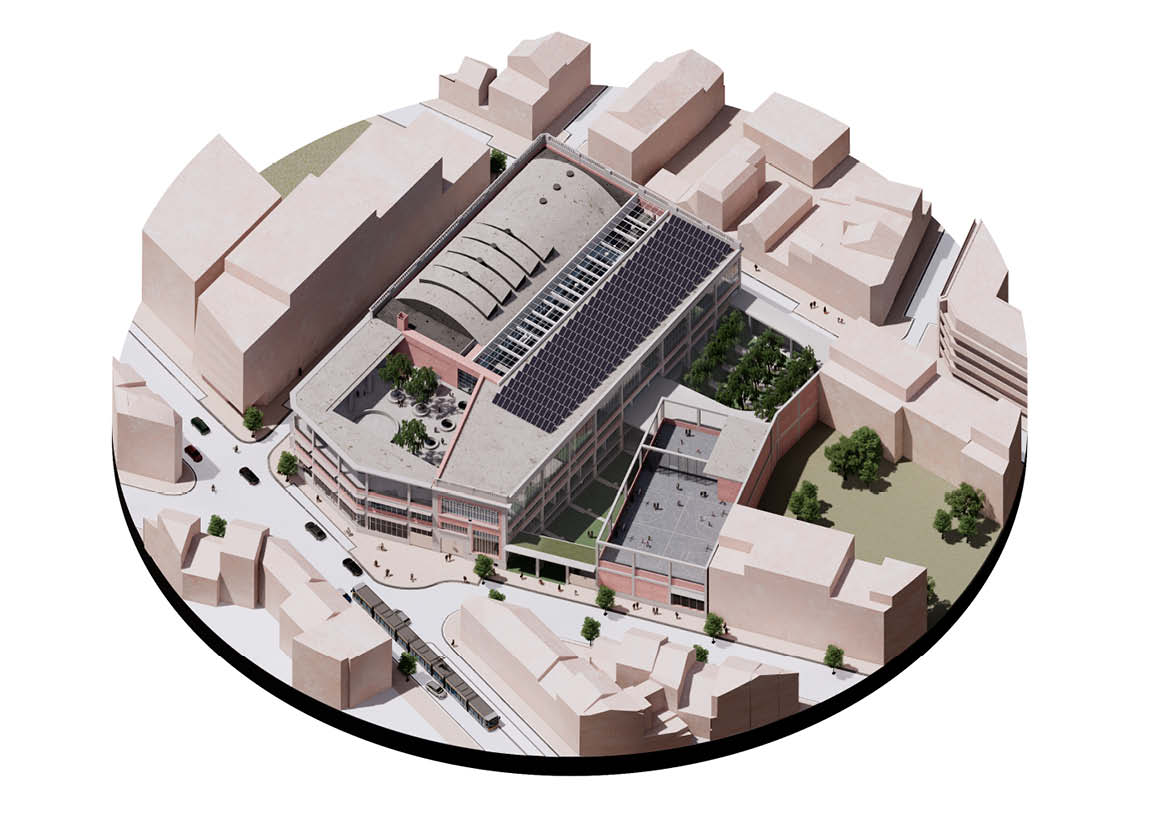 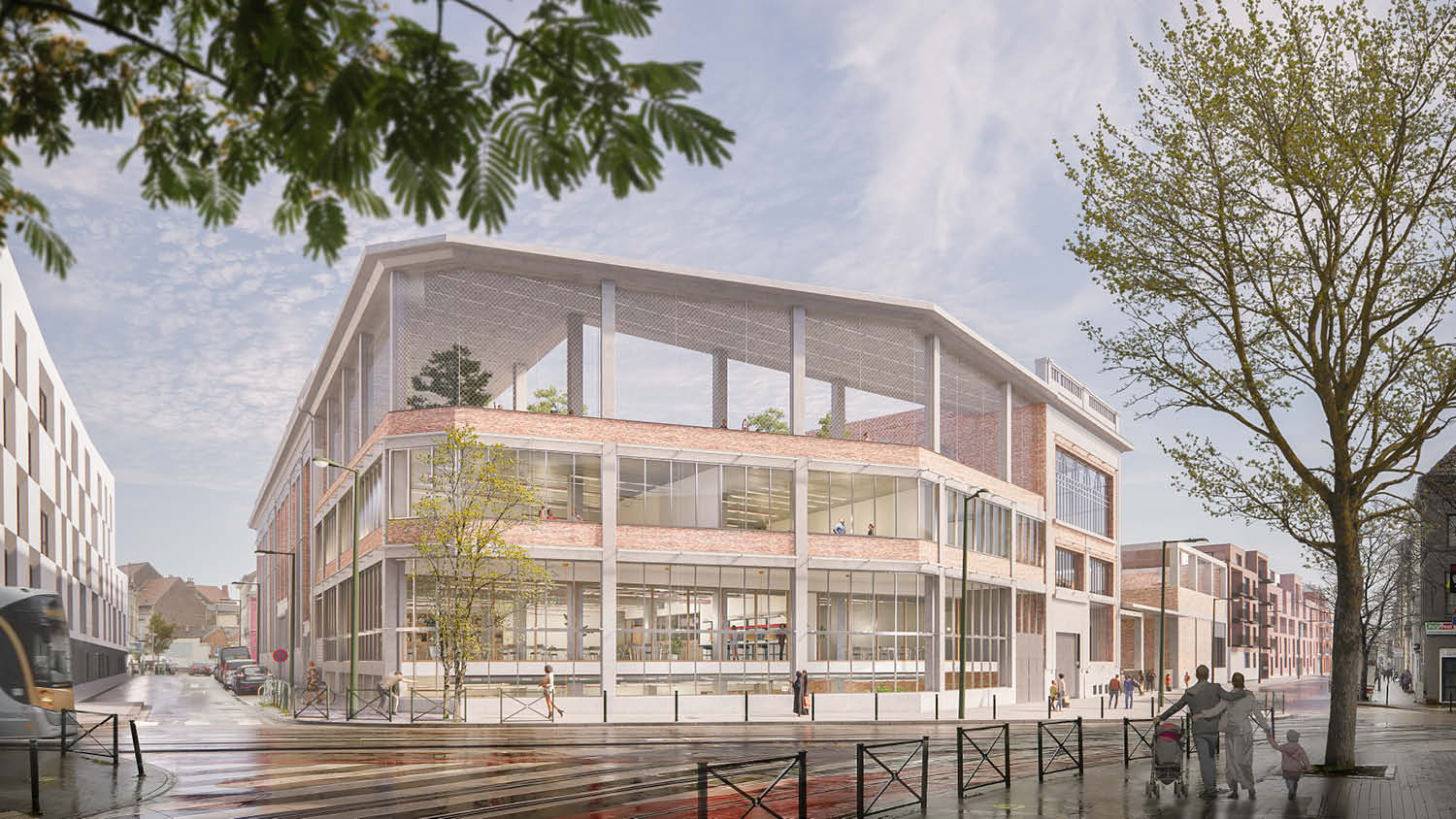 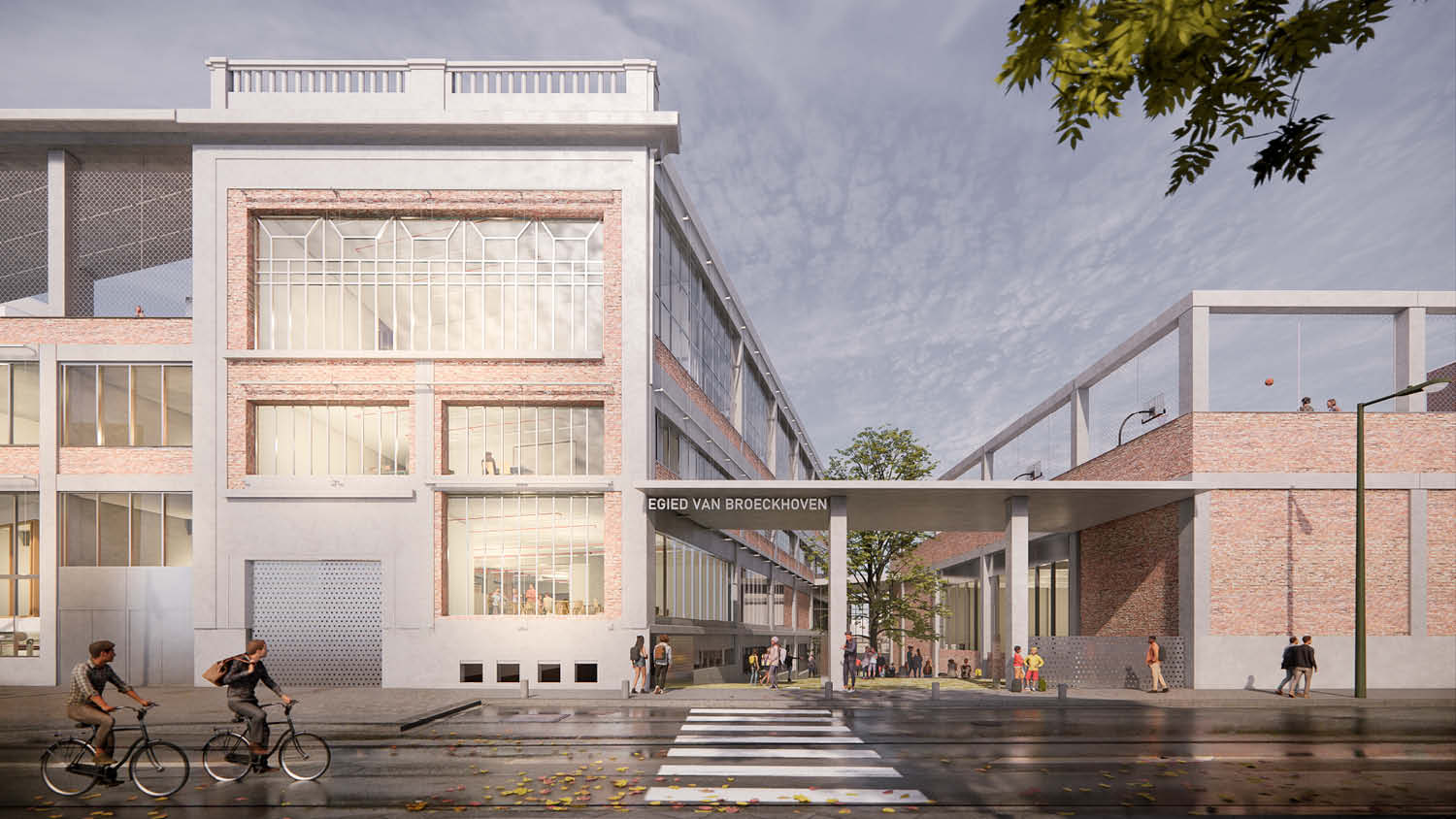 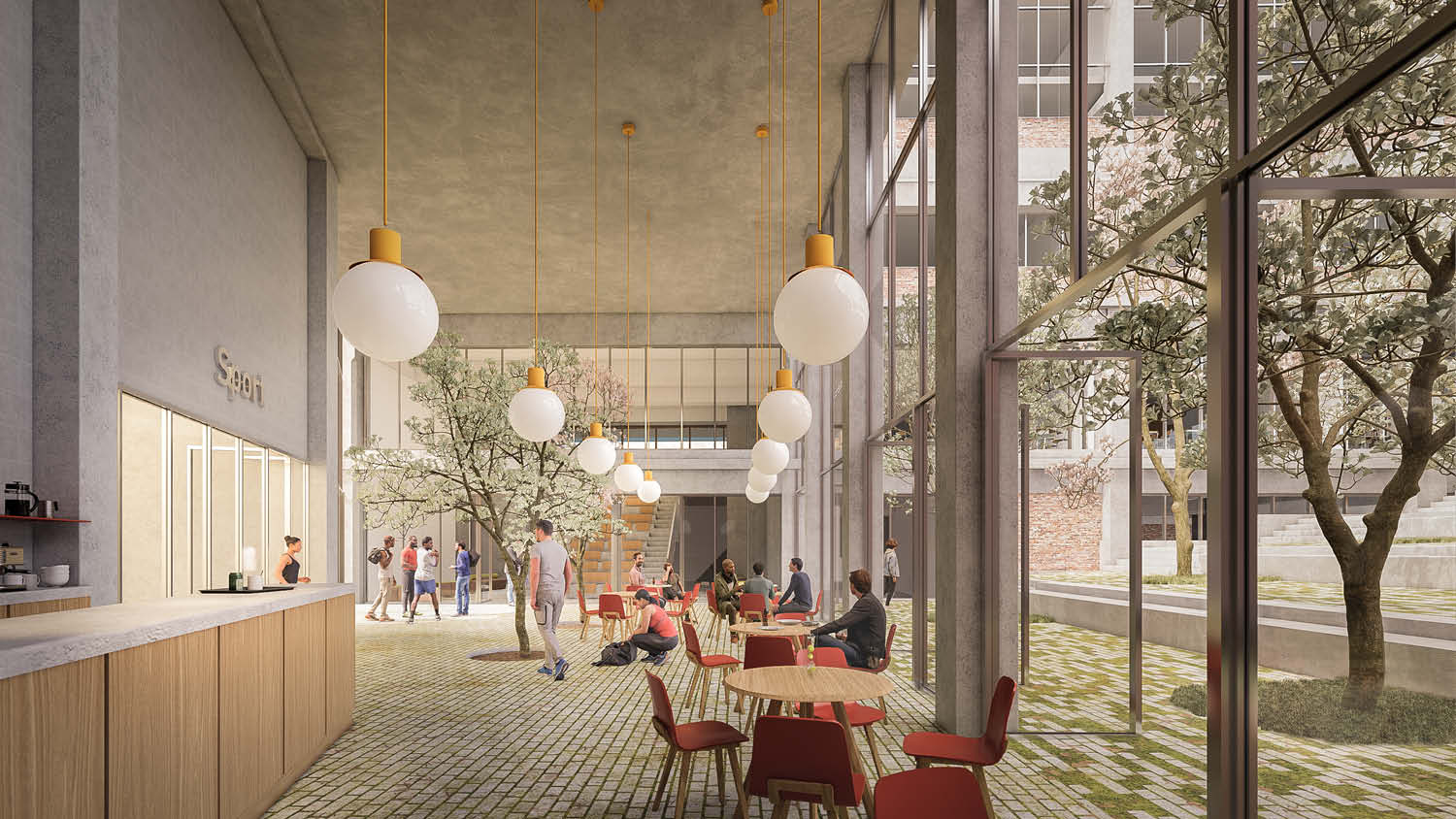 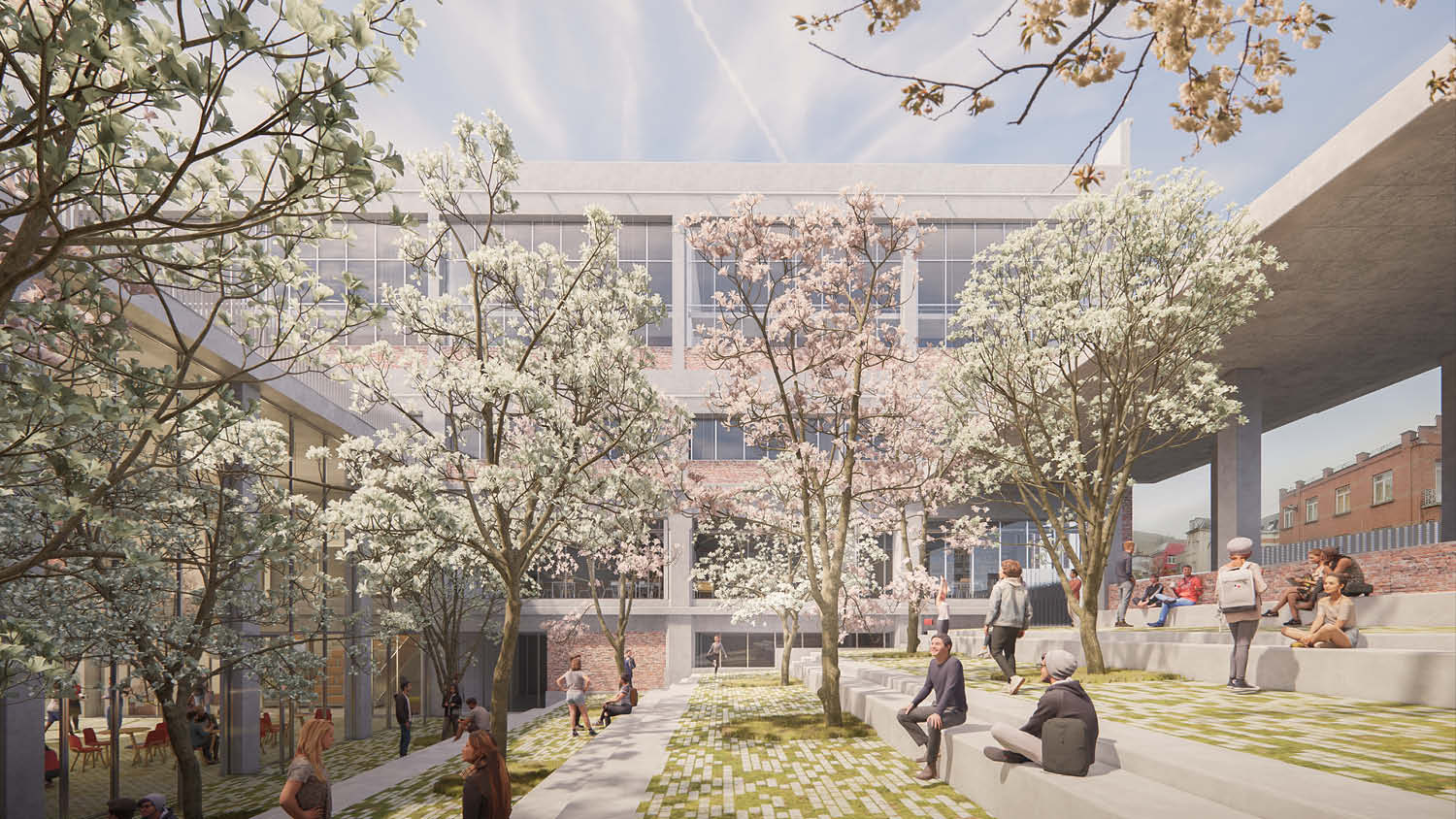 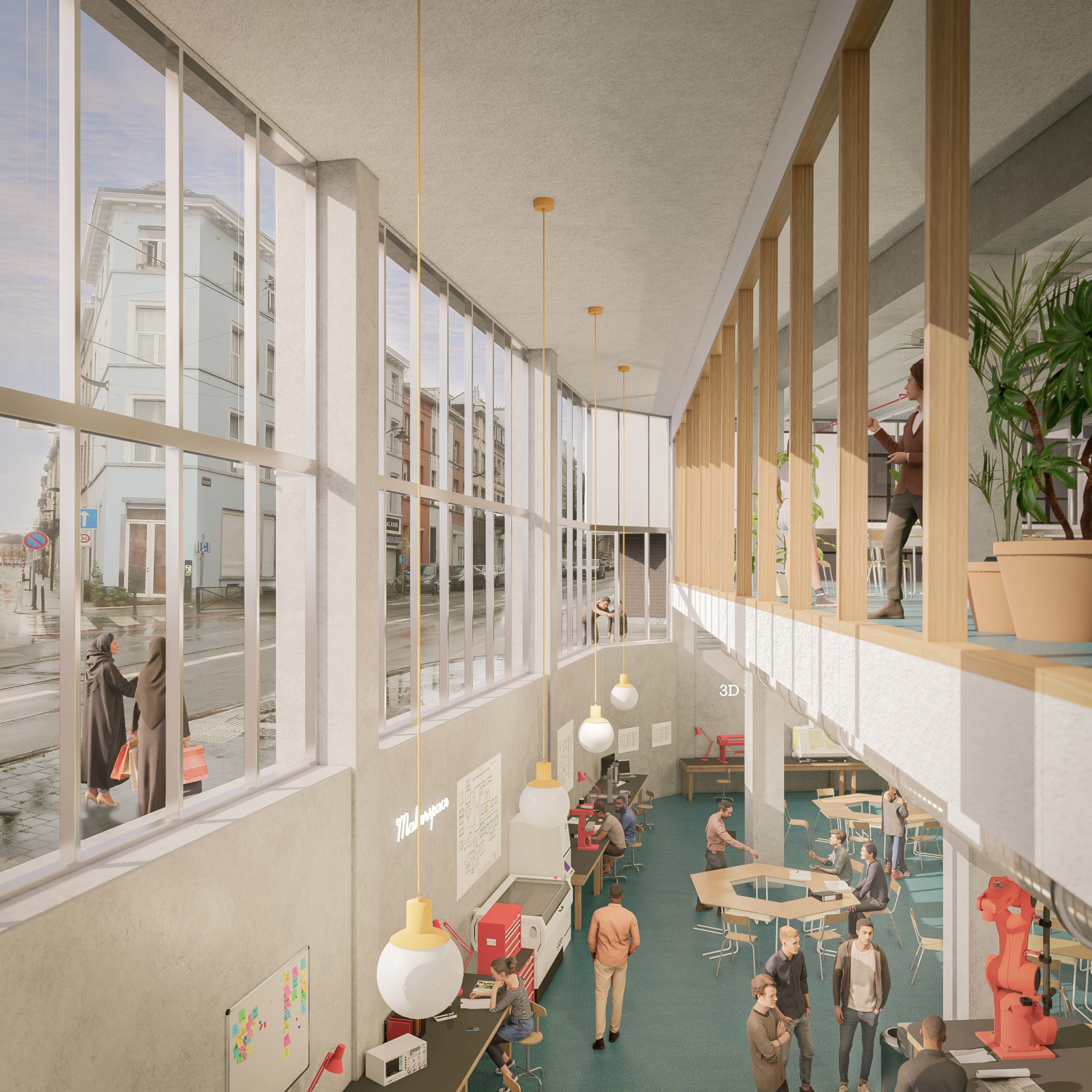 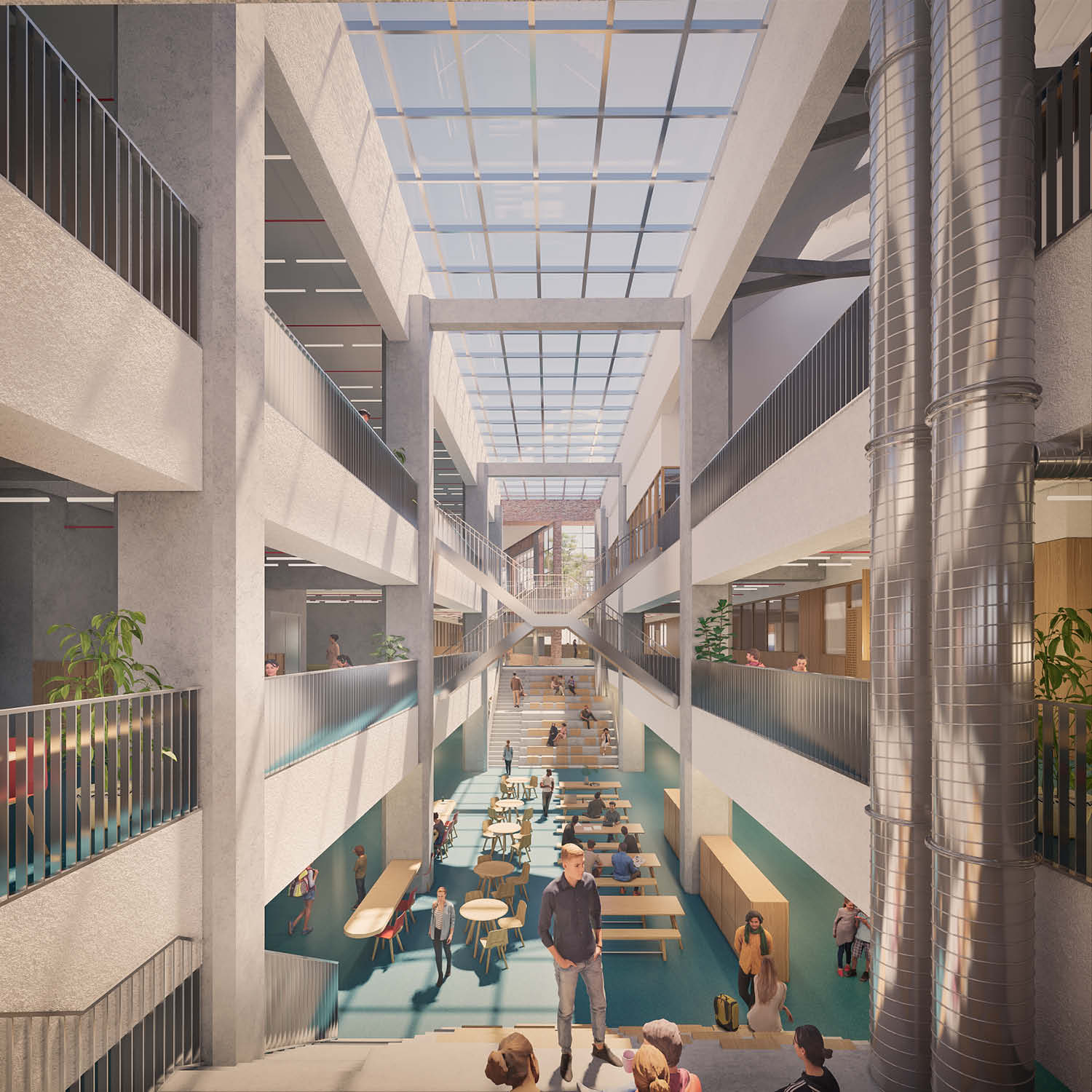 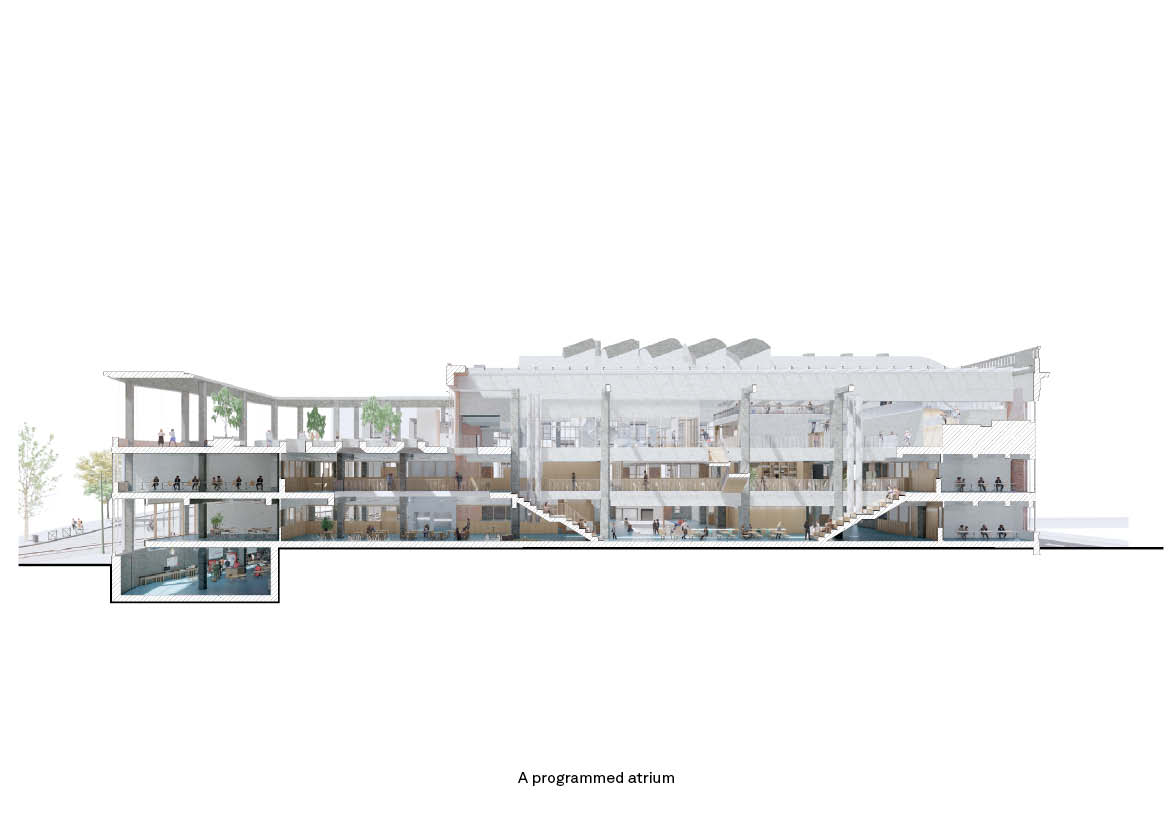 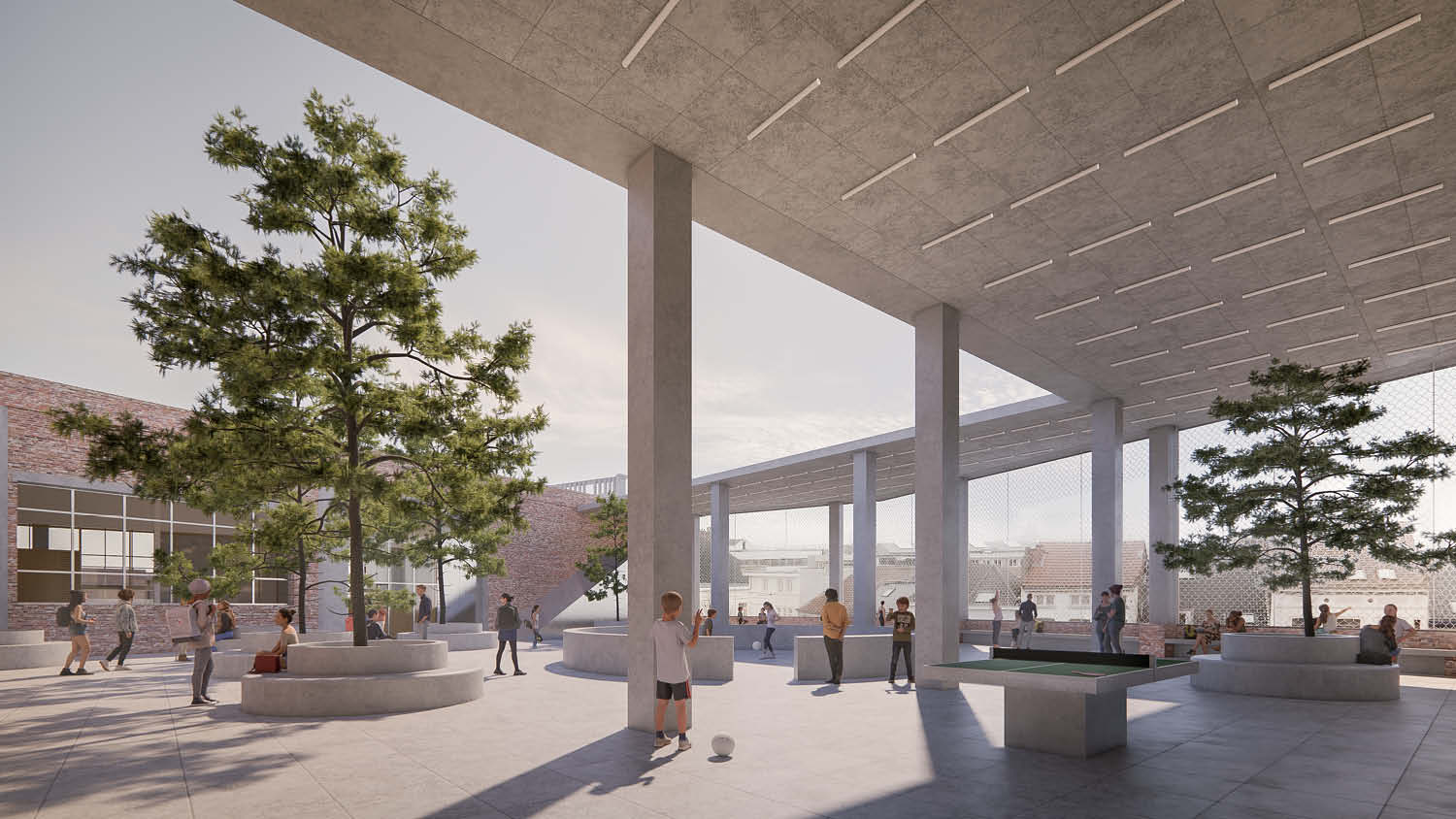 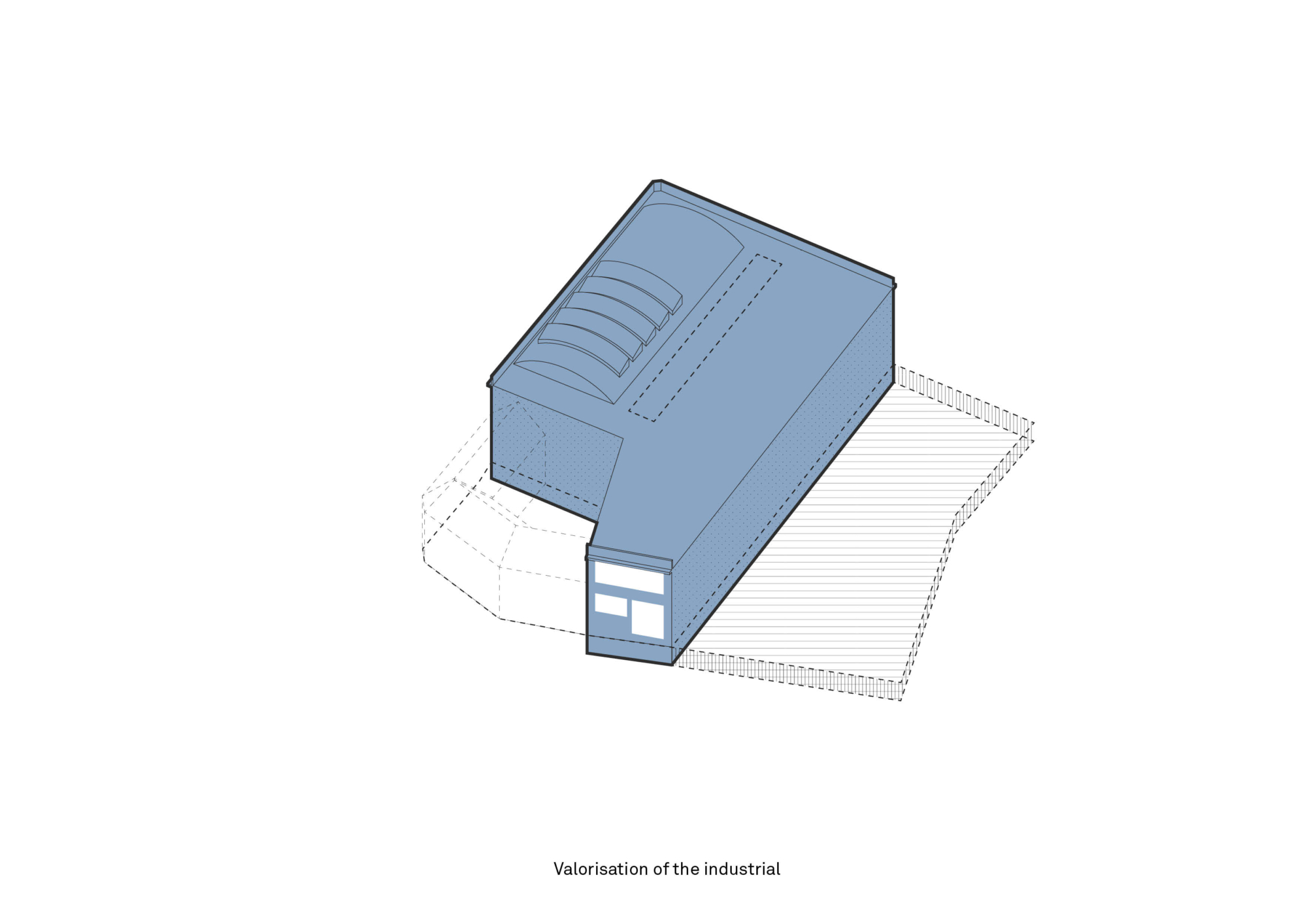 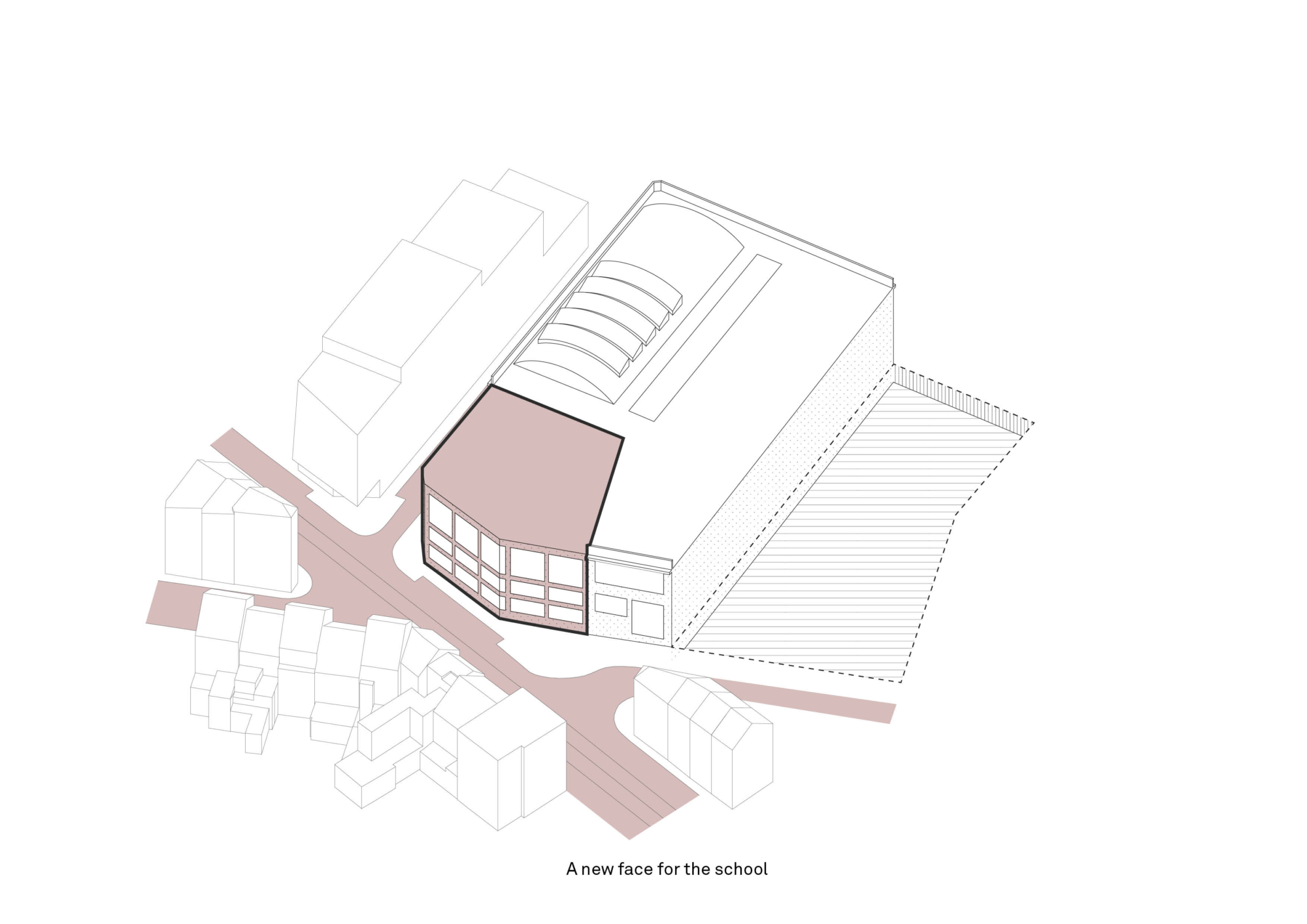 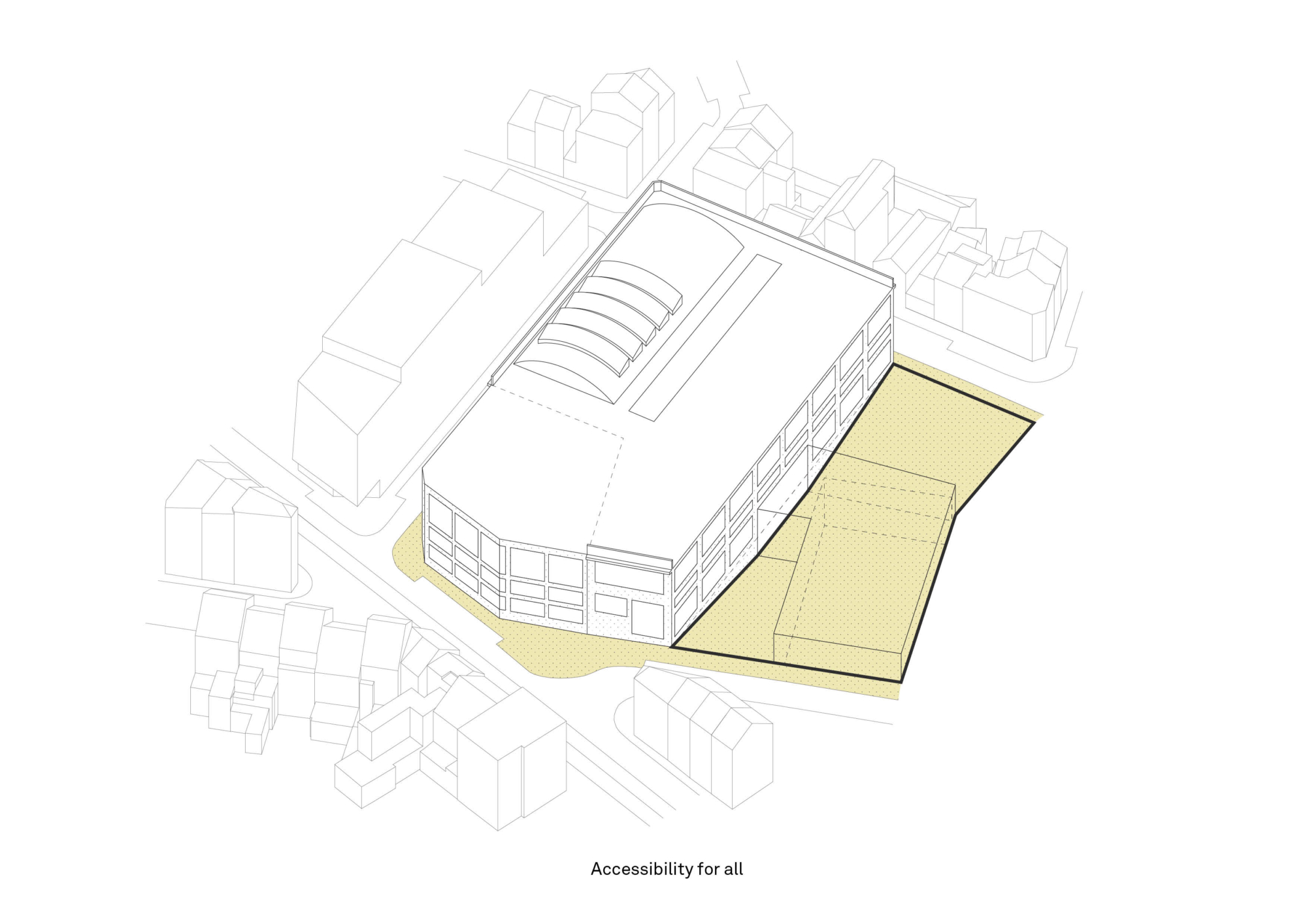 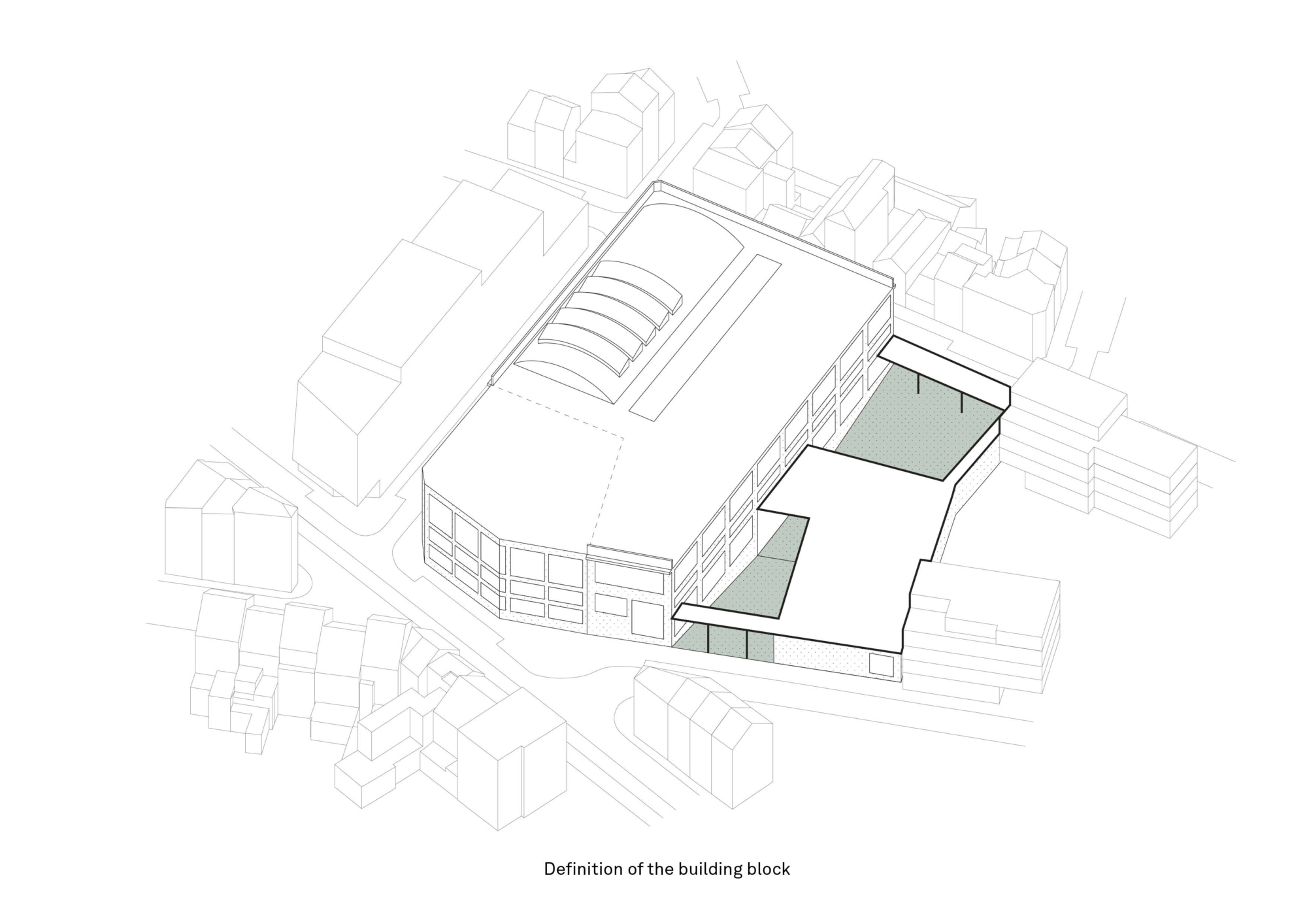 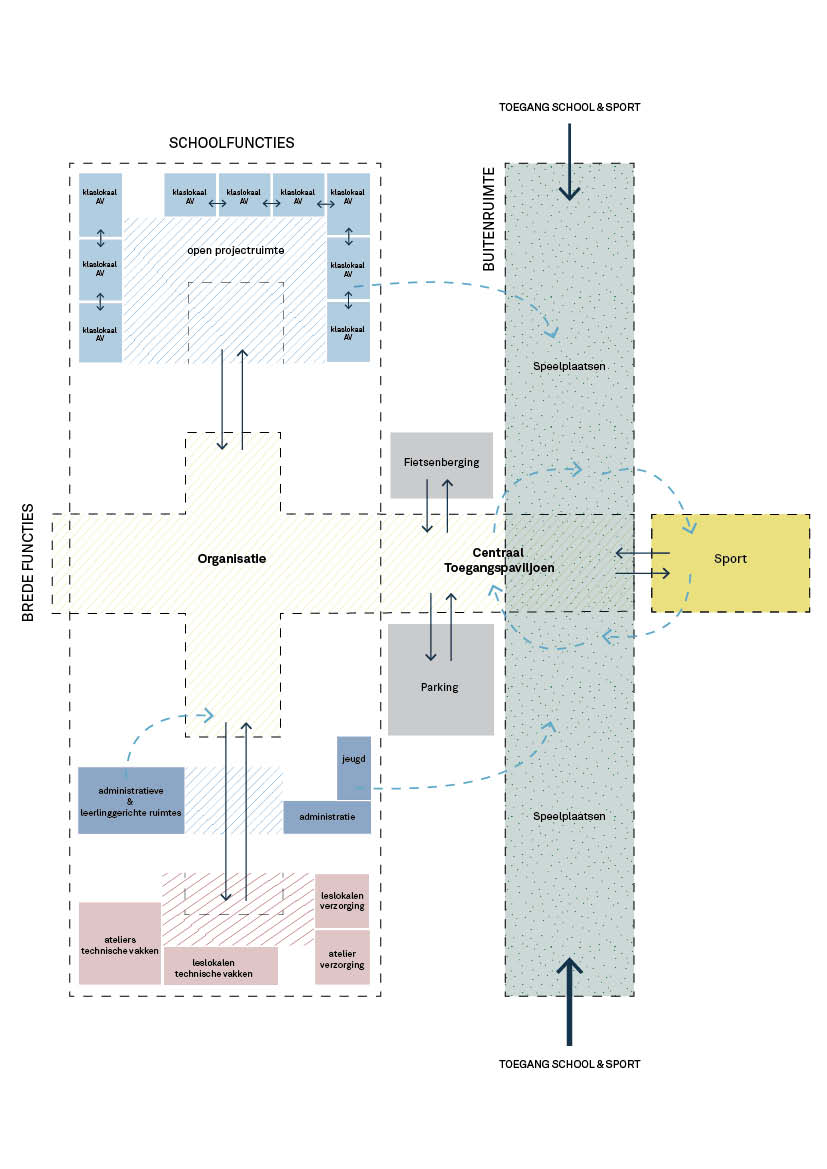 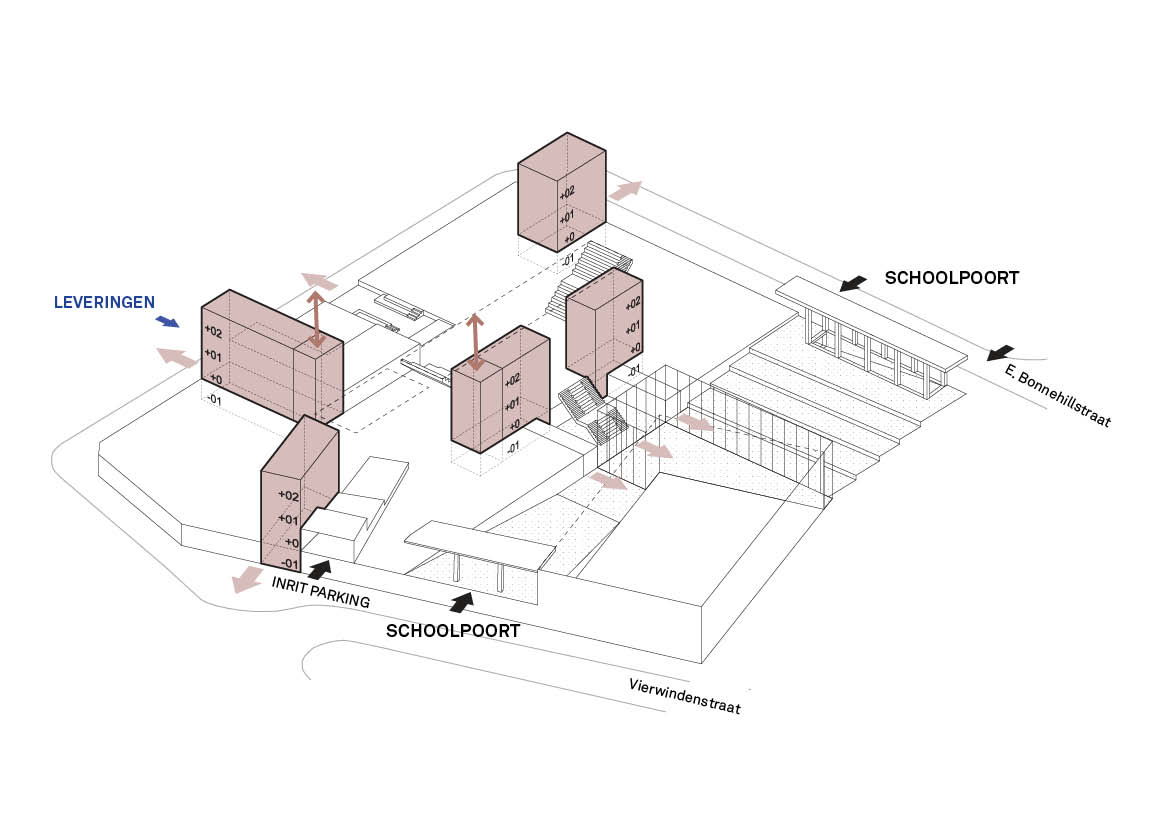 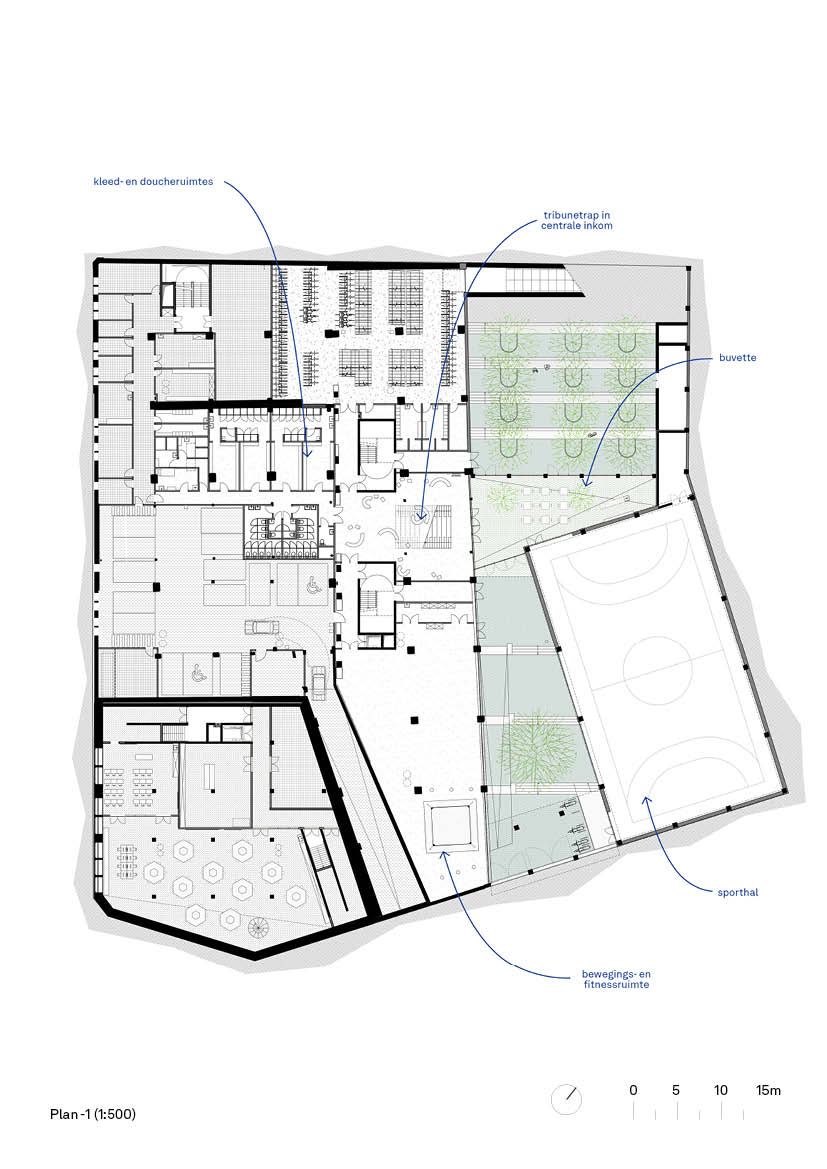 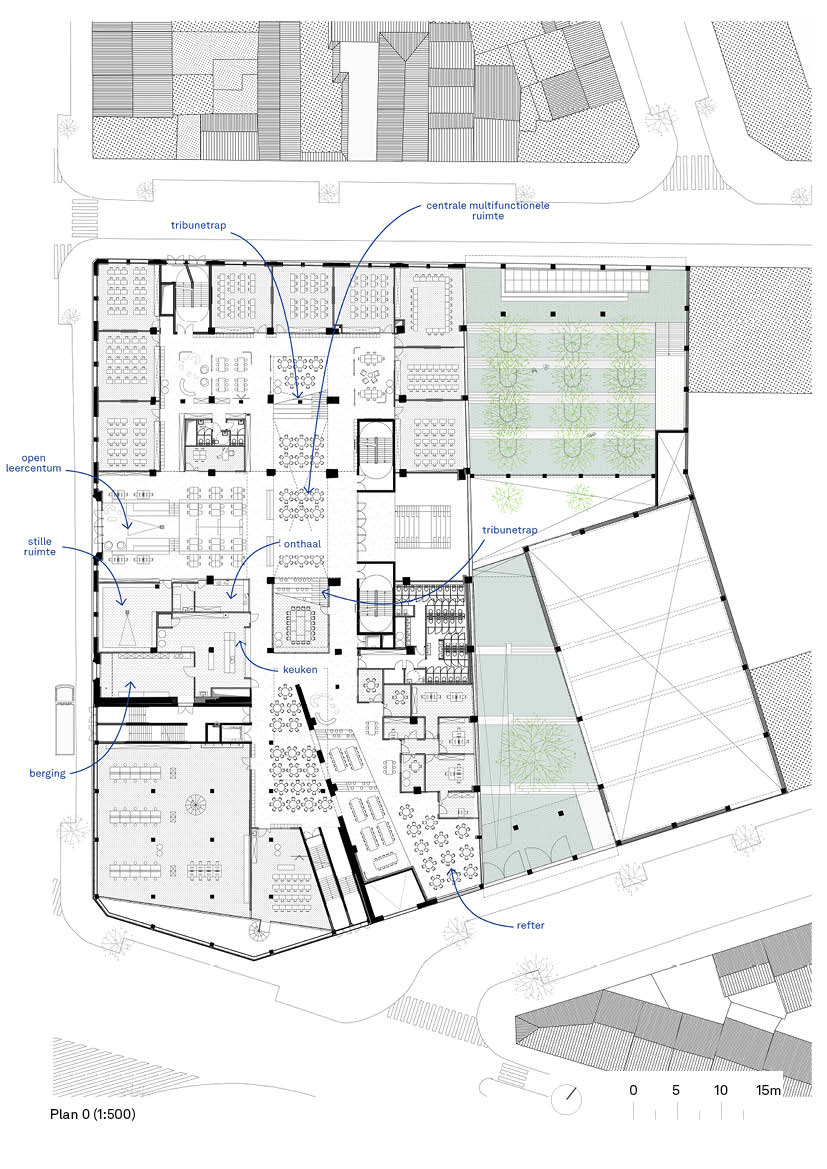 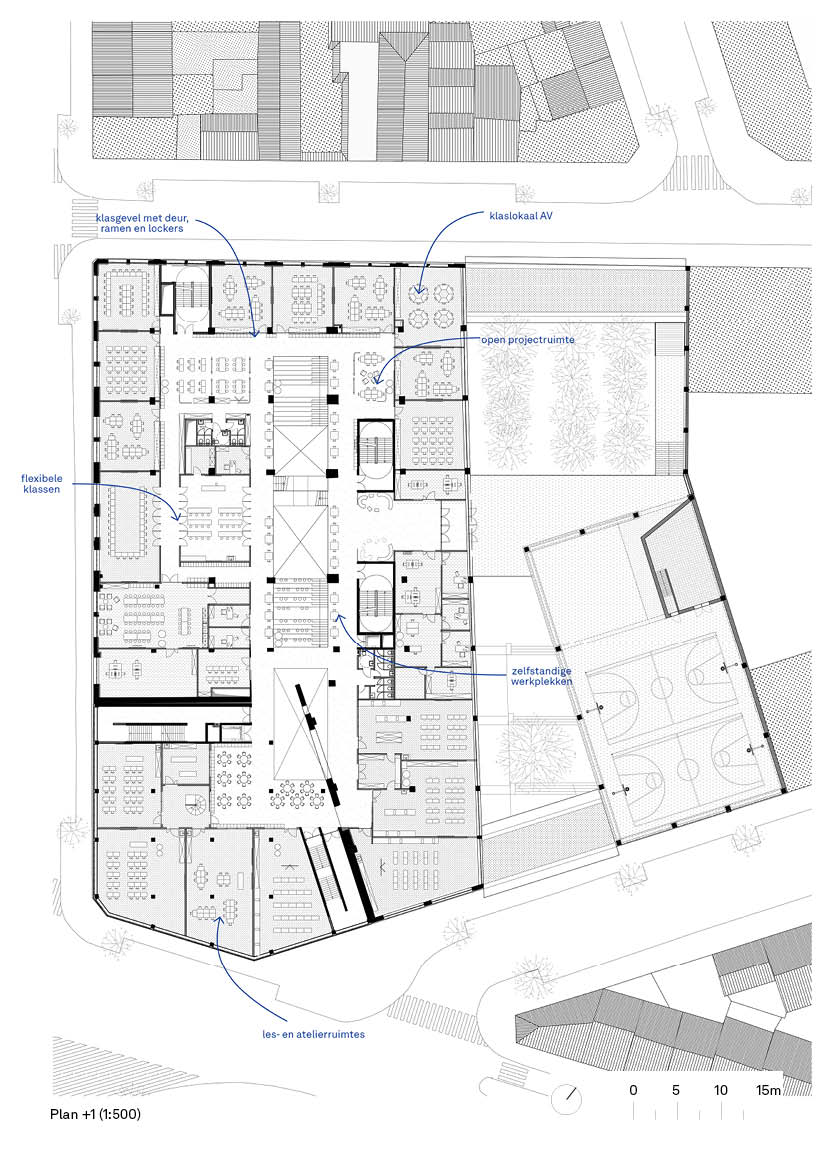 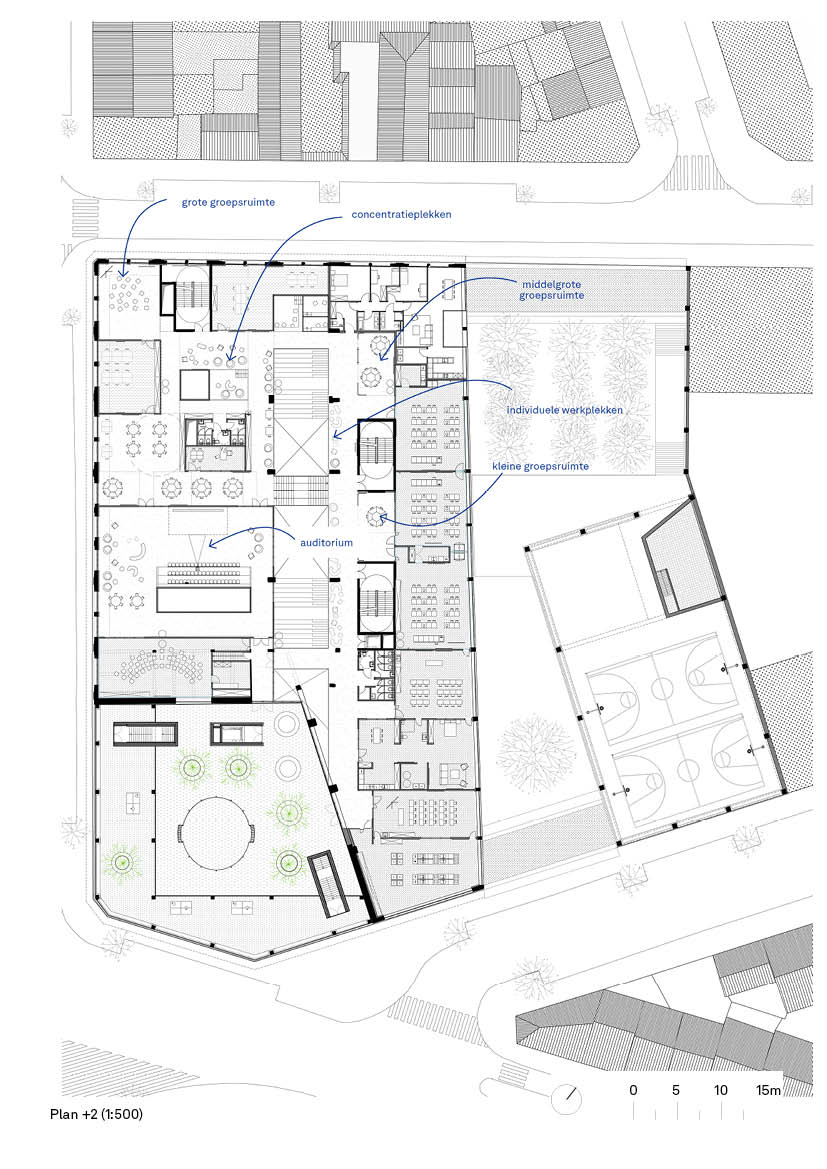 An existing bottling plant is repurposed to a secondary school. Wanting to be more than a school, the client wants a project to be a beacon for a community. A community with traditionally high unemployment, a high percentage of youngsters and low access to public green.

The existing structure is breathtaking: a robust concrete structure that we would never be able to build today. We decide to valorise and adapt it, for it to serve another 100 years. A central atrium is introduced for ample natural light to the very core, and an ingenious lowering of the landscape brings air to the former underground level.

A new face is given to the school by completing the building block on the most exposed corner: this volume will host all technical classrooms, acoustically separated from the theoretical ones. This results in a compact building, which allows a big part of the site to become a garden on full soil.

This garden forms the entrances to the school: from the north and the south, sloping green spaces give access to the shared entrance of school and sports hall on -1. The shared entrance allows intuitive management of spaces for use outside school hours.

While we keep a part of the site porous, we do define a perimeter for the building block. Openings in this perimeter wall are formed by the school gates for pedestrians and bikes, and windows in the sports hall facades.

Inside, everything revolves around the central atrium. We propose a flexible machine, ready to host a multitude of future functions for future users.