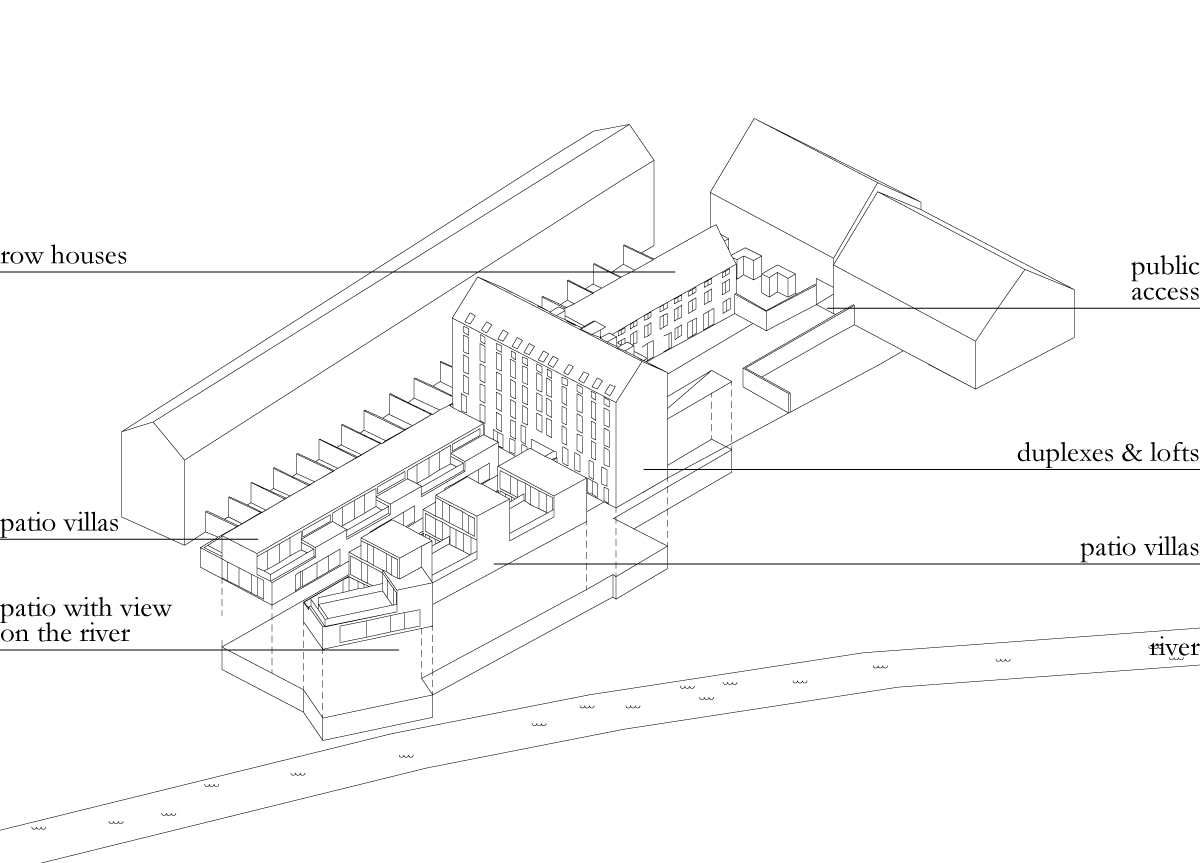 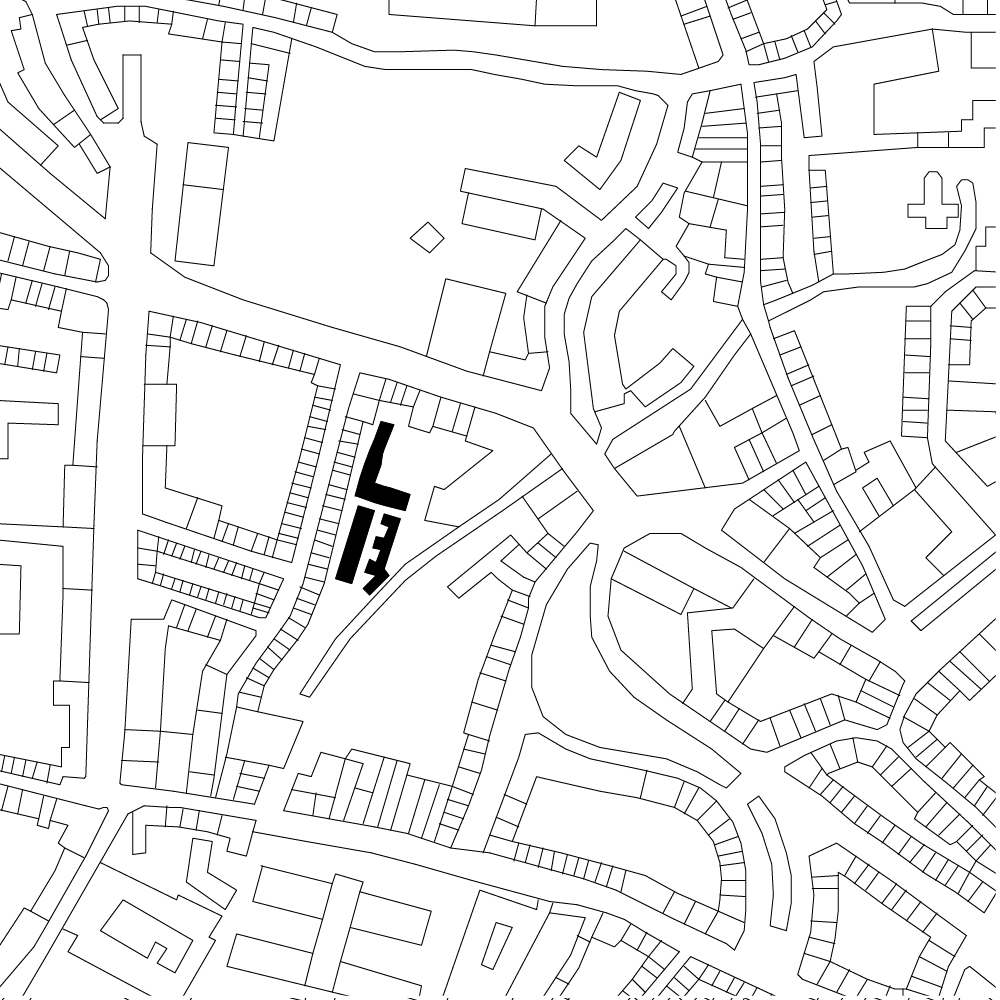 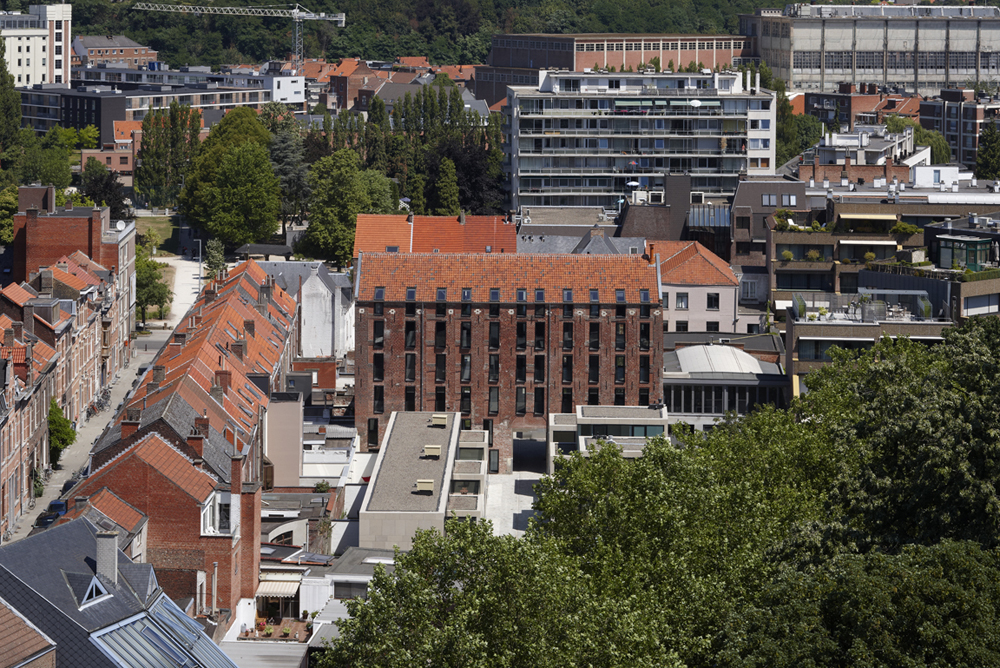 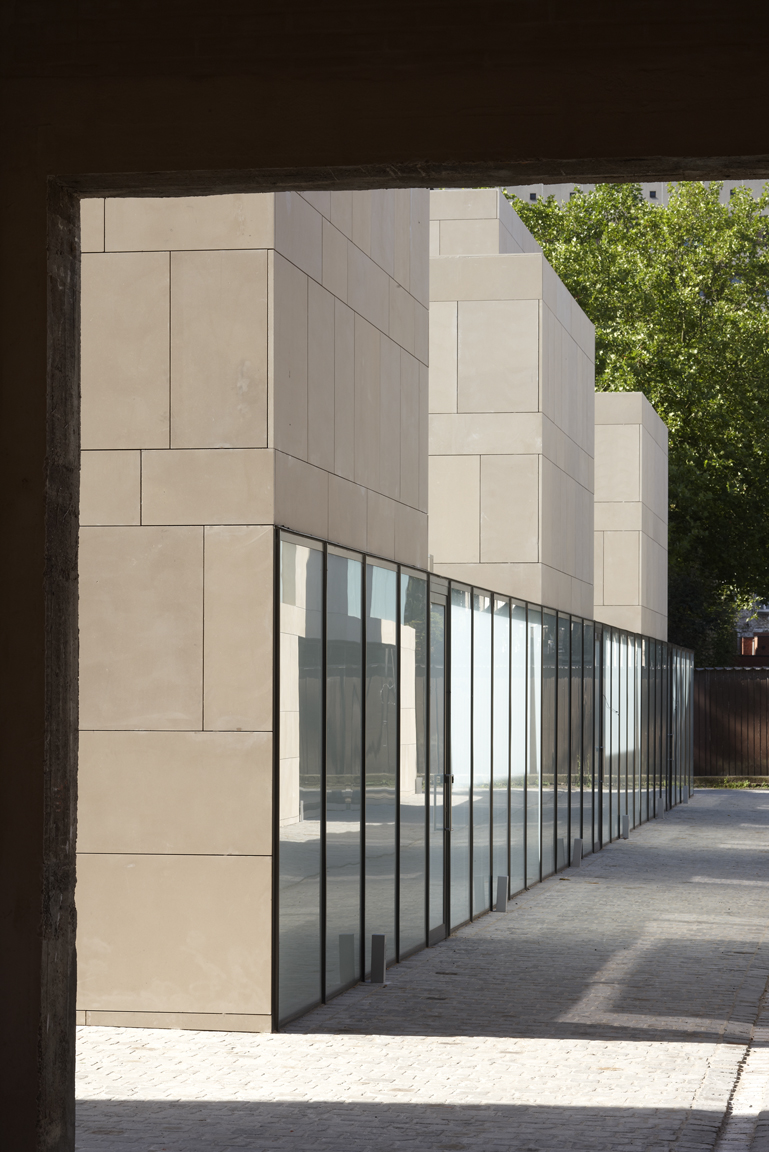 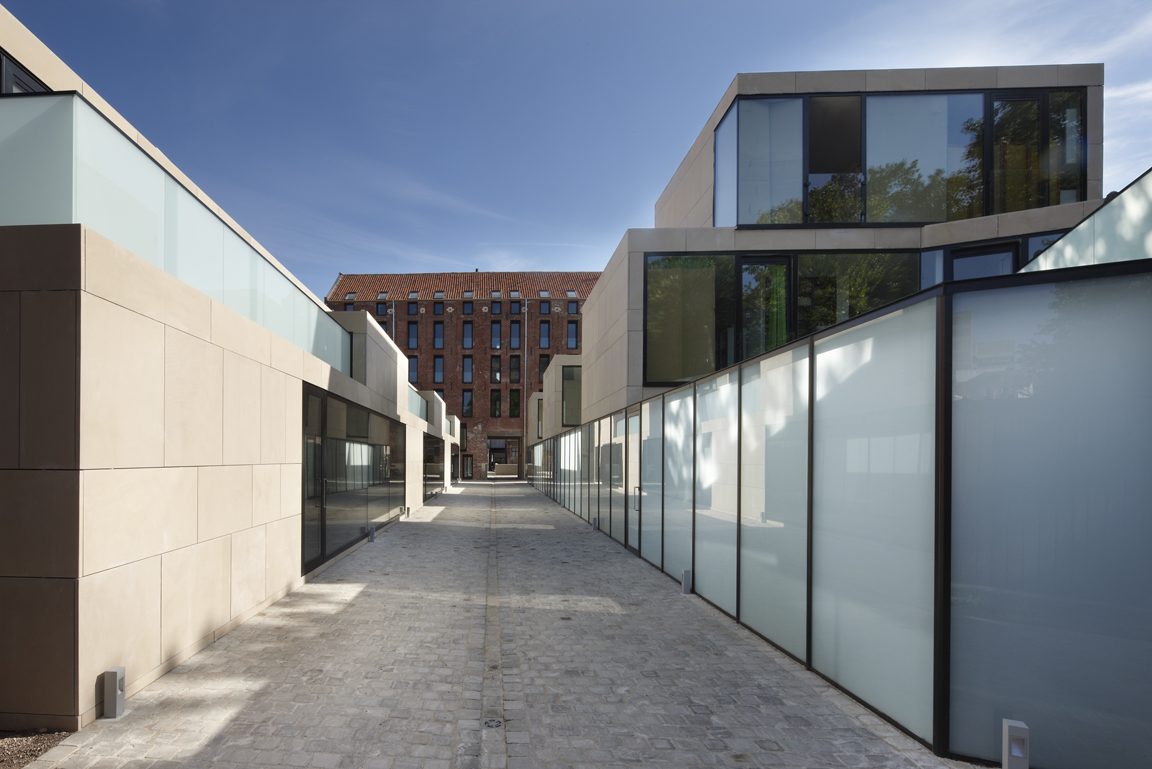 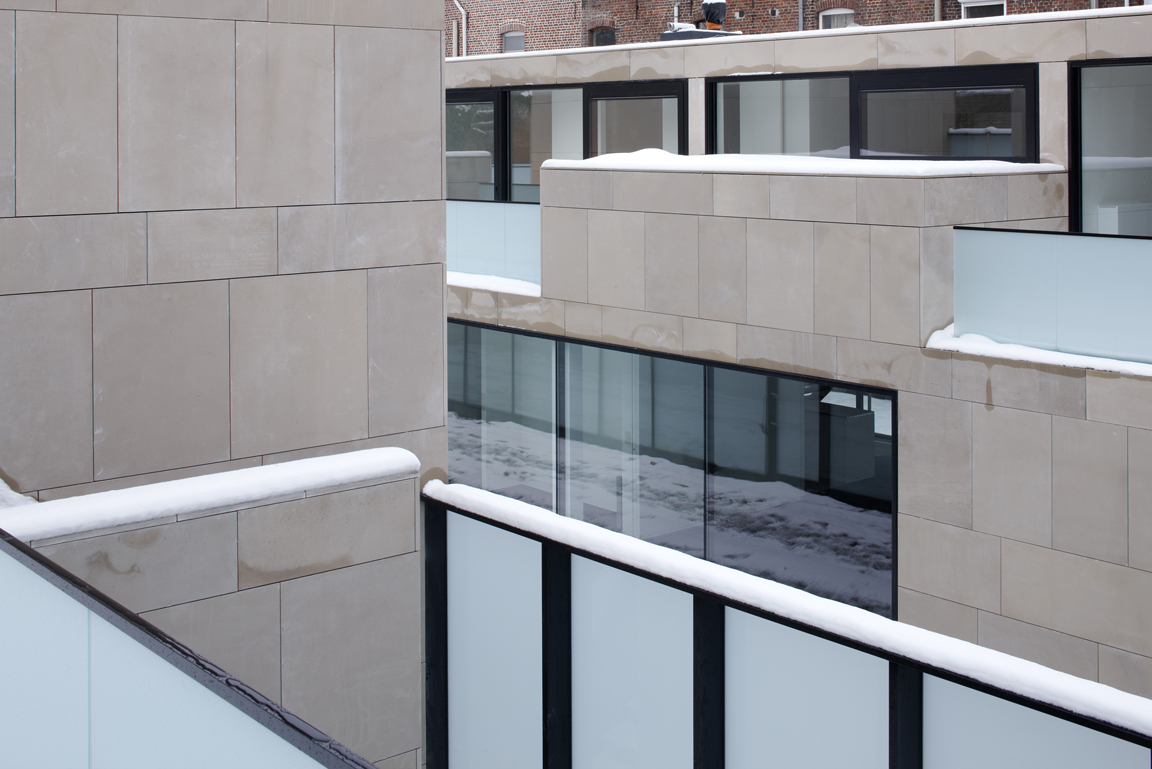 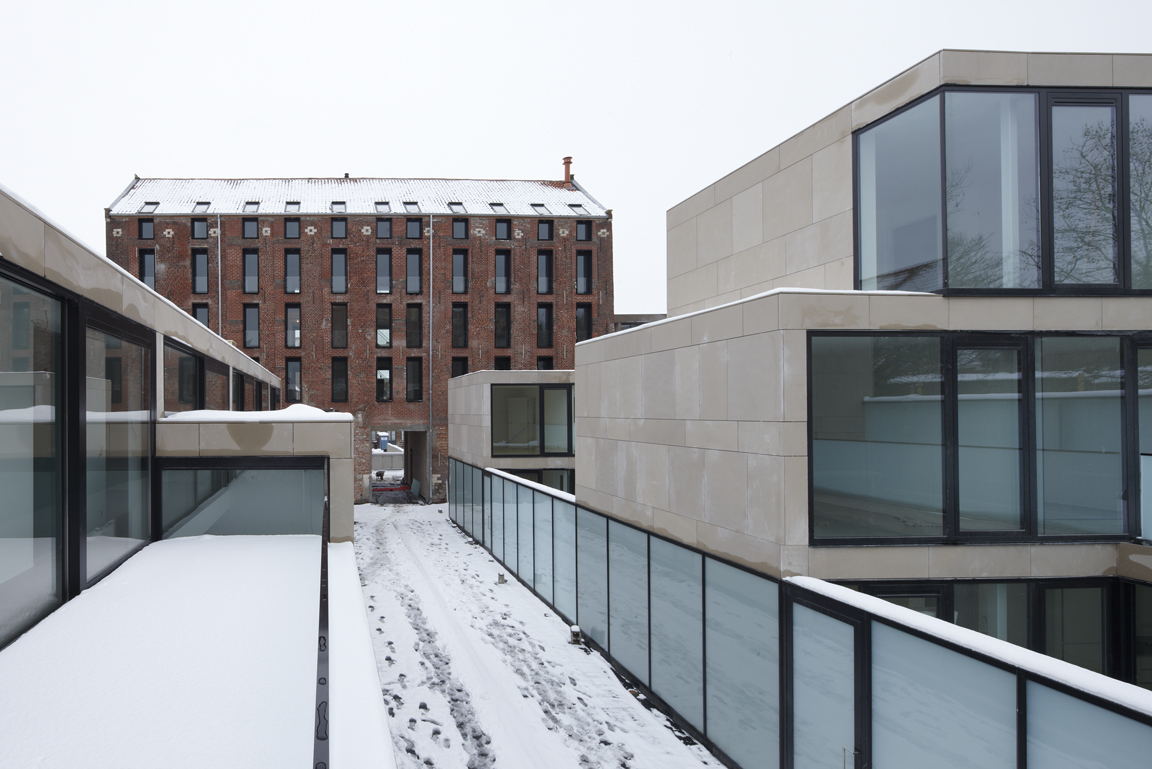 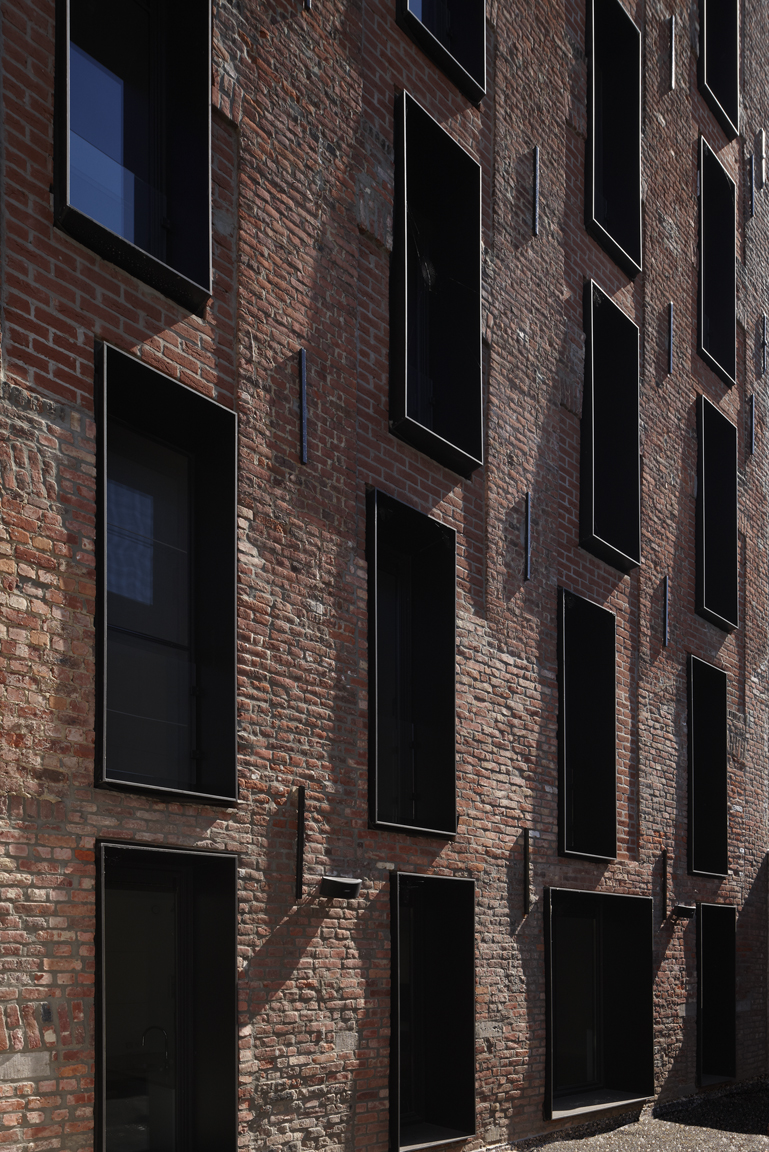 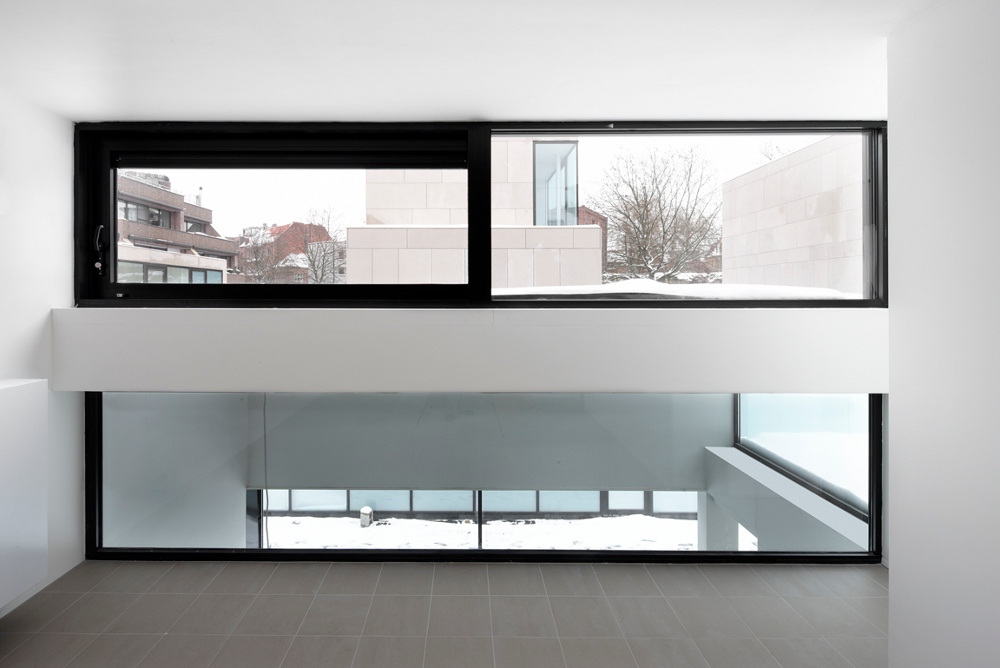 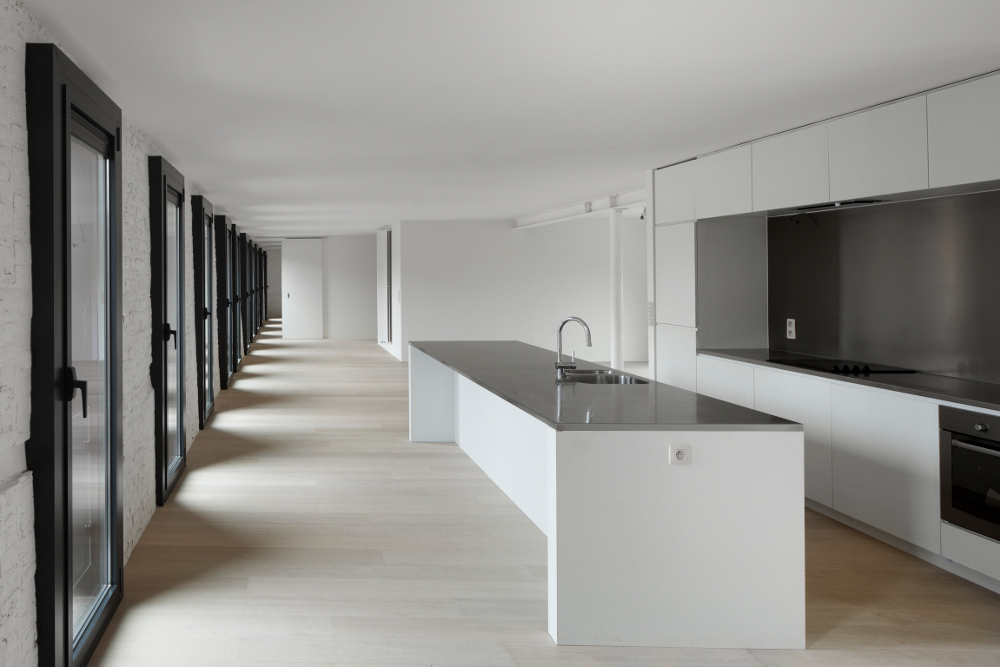 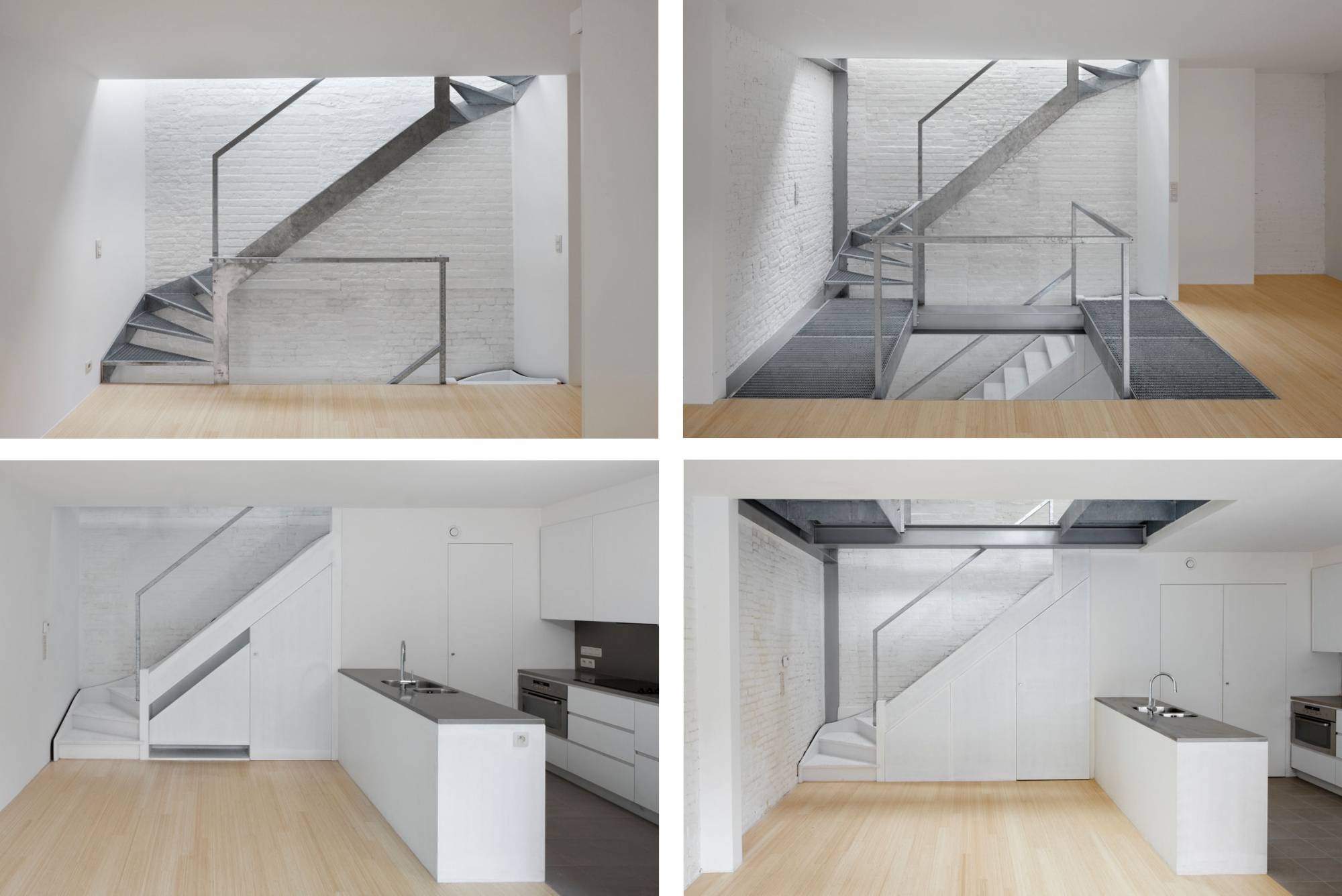 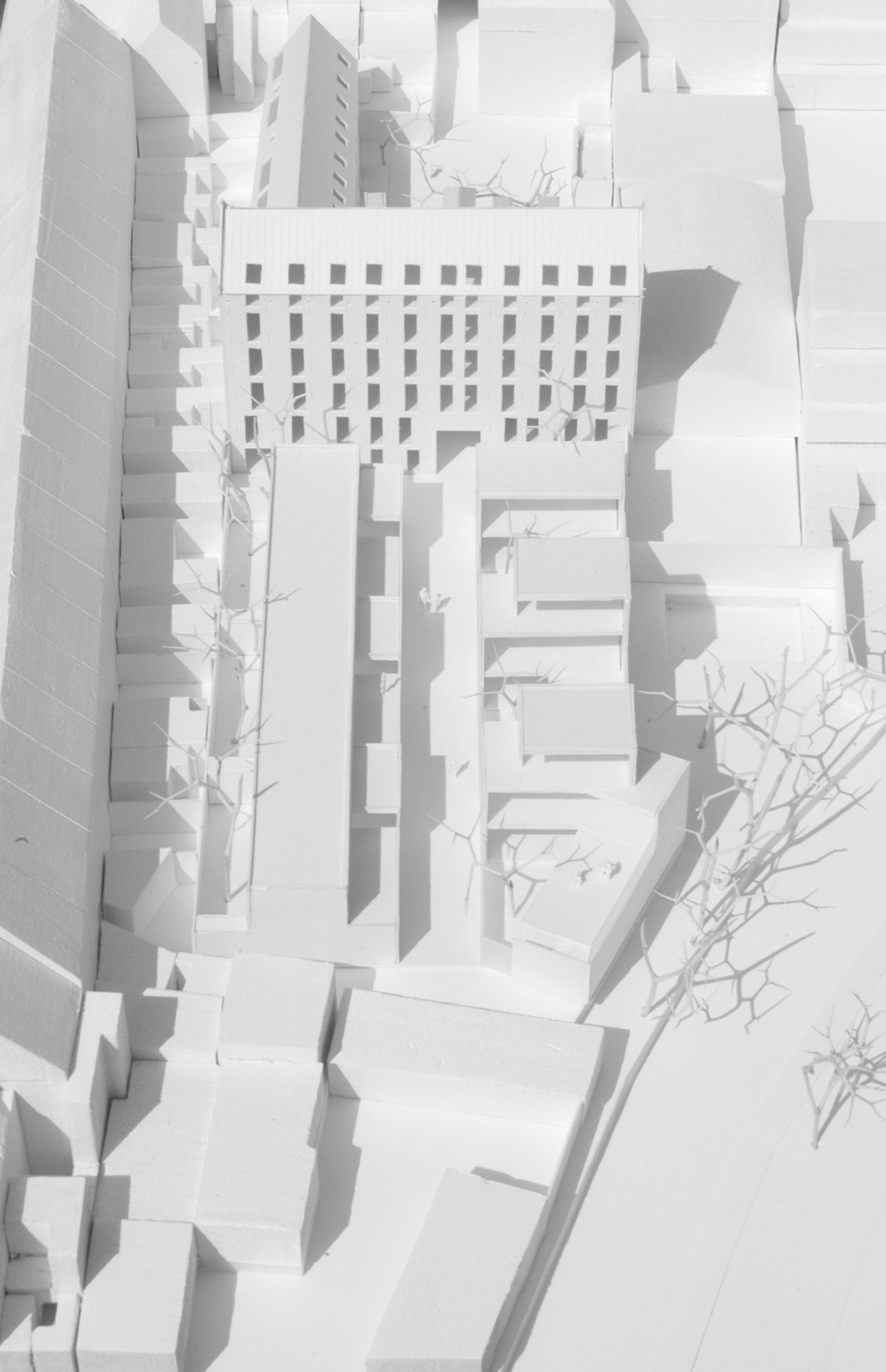 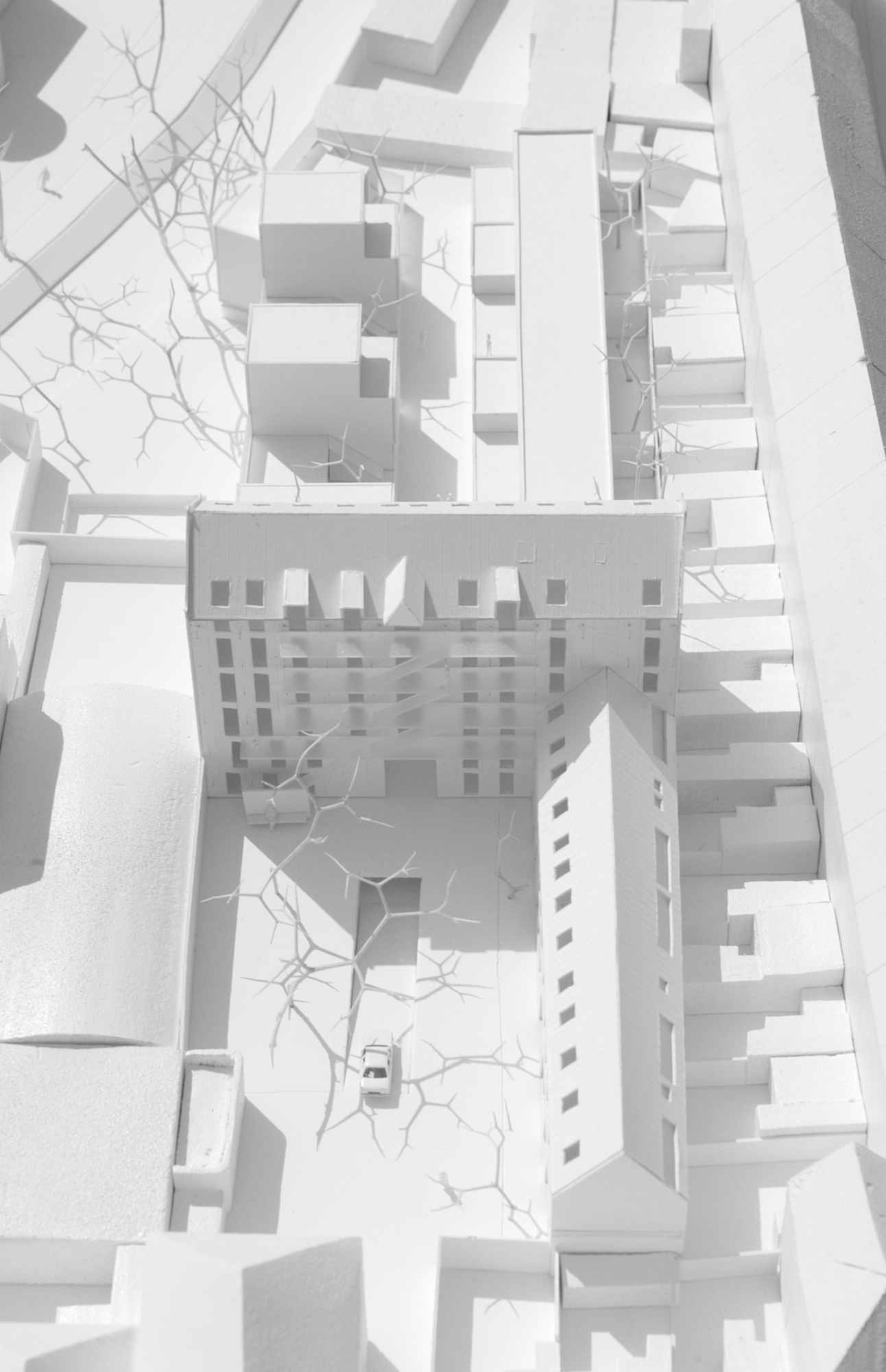 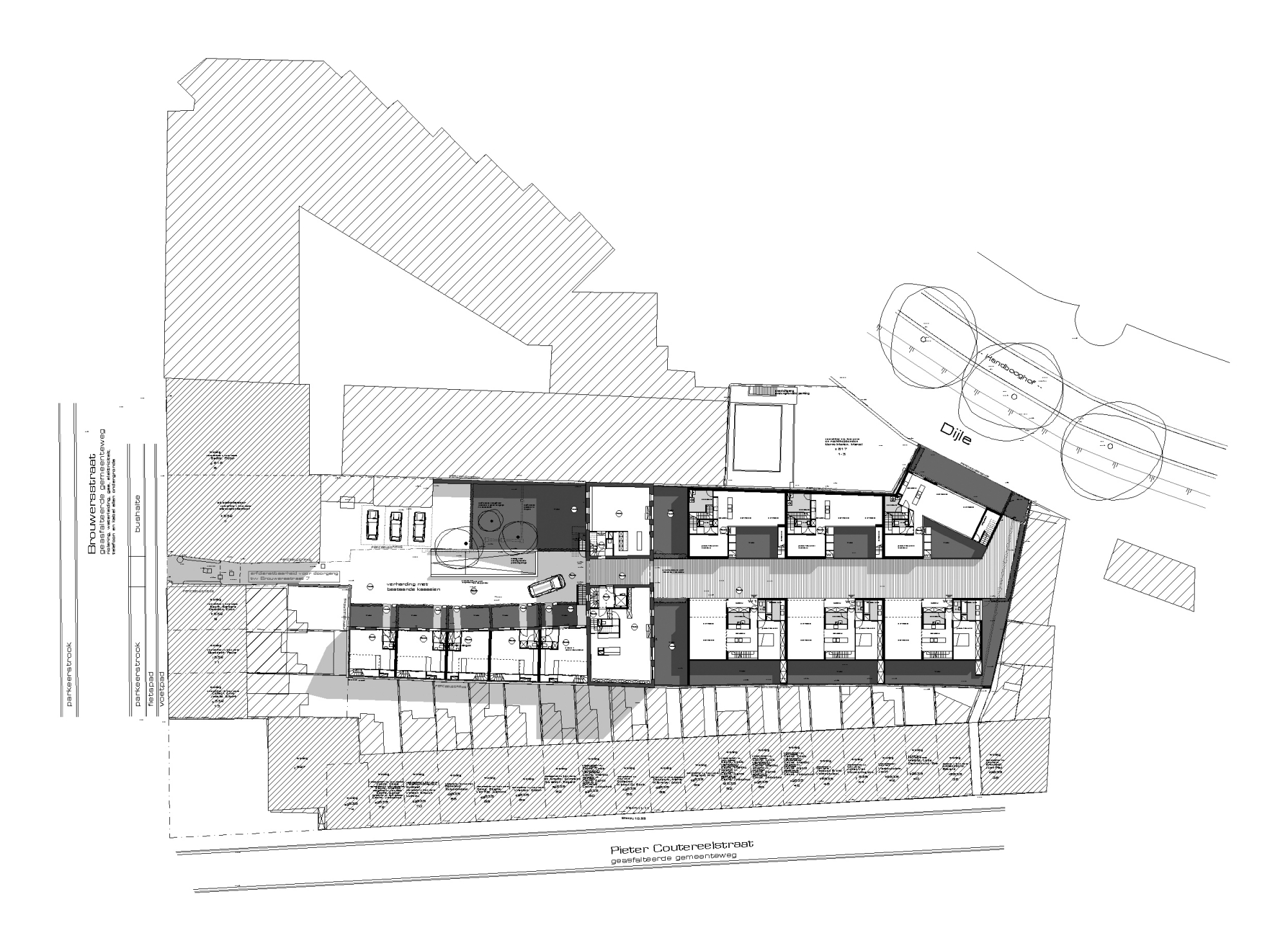 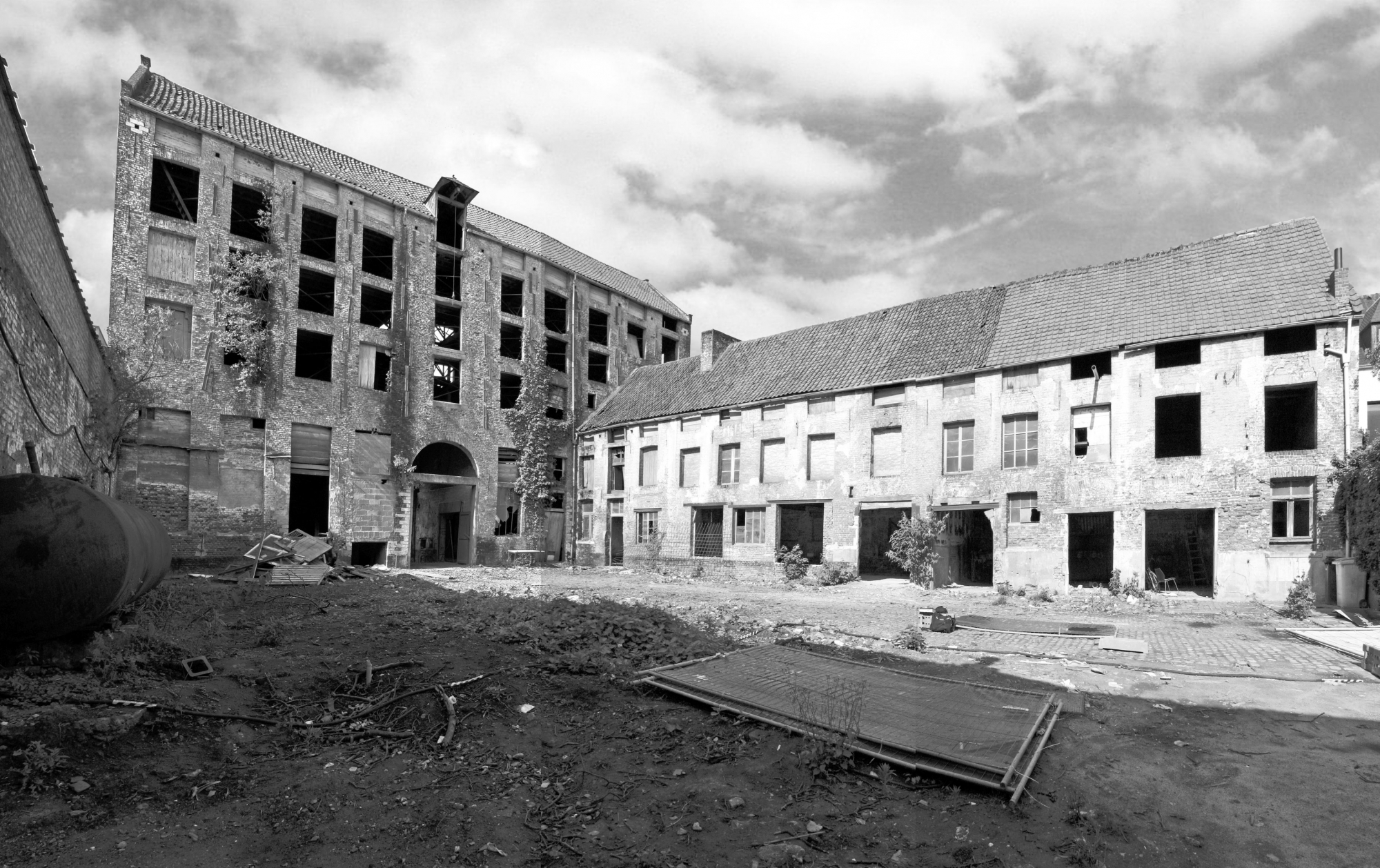 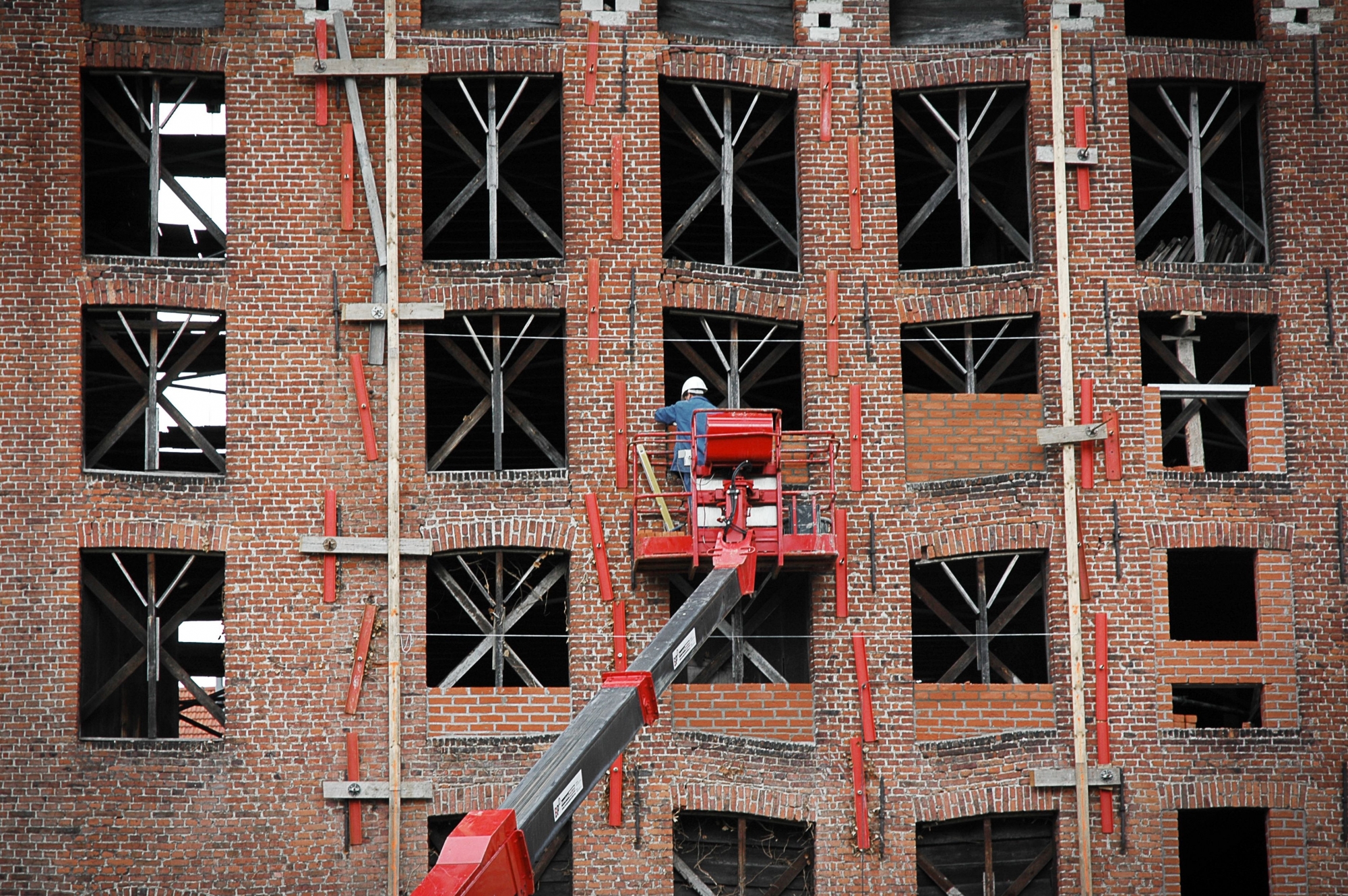 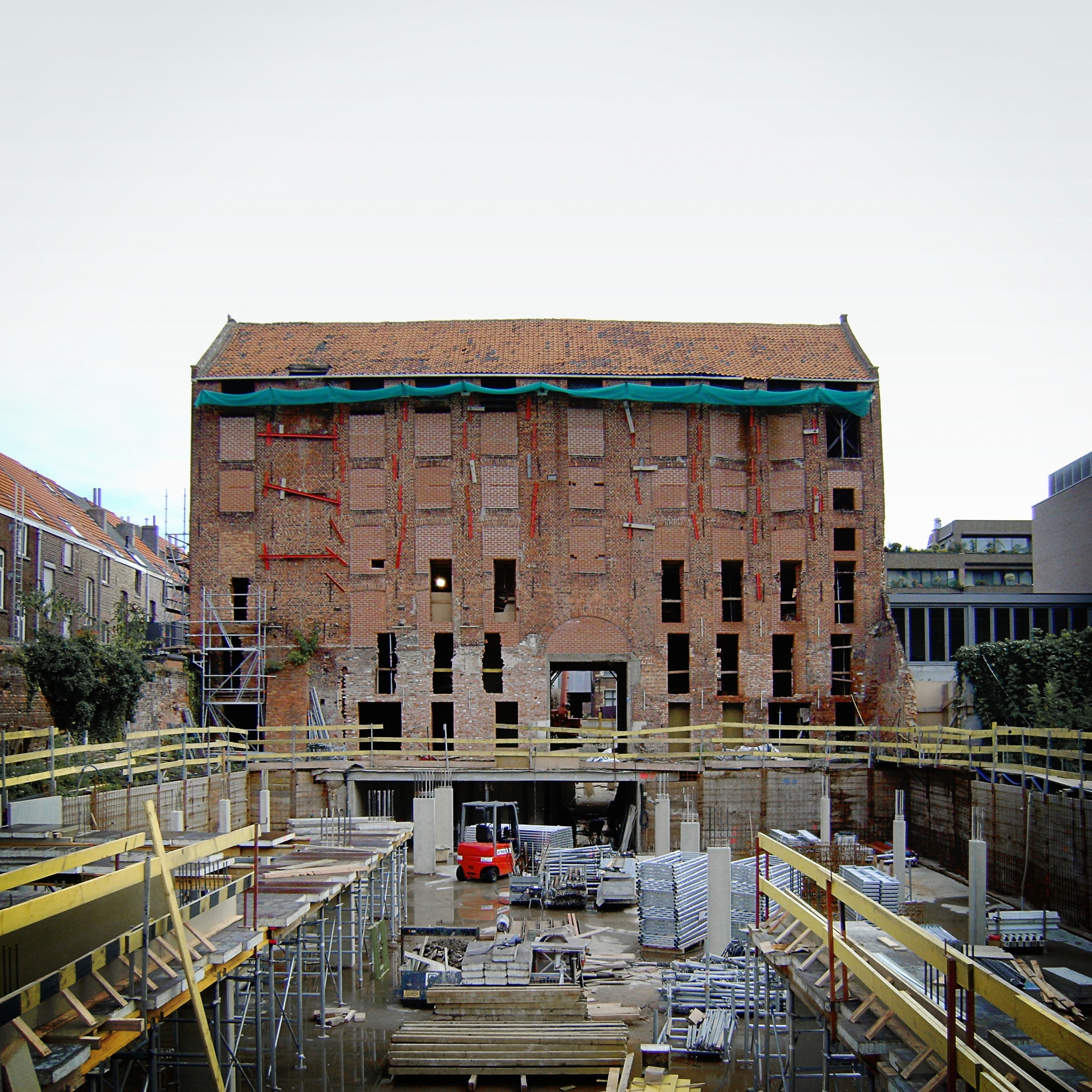 CONVERSION OF A FORMER BREWERY IN THE CITY CENTRE OF LEUVEN INTO FIVE ROW HOUSES, SIX LOFTS AND SIX PATIO VILLAS | DIRECT COMMISSION

AWARDS Nominated for the Mies van der Rohe Award 2011 | BAB2010 – Architectural Bienale of Bucharest: Medal of the President of the Union of Architects of Romania

The site, a former brewery-maltery, is located deep inside an urban block close to the city centre of Leuven. It is divided into three zones: the former stables (transformed into row houses), the malt house (transformed into lofts) and an empty piece of land in the back, receiving six new patio villas near the river Dijle.
This site could only be developed and densified thanks to tailor-made typological diversification based on research by design. The challenge was to do this while maintaining the historical looks of the industrial heritage and avoiding many of the possible privacy conflicts in the core of the city block.
The row houses in the former stables are adjacent to to neighbouring parcels and therefore only receive natural light from one side, which leads to develop them in a specific typology.
The maltery had floor heights of only 1,80m. In order to keep the historic layers of this building readable, old windows have been filled in with different brickwork and new windows – corresponding to the new floor heights – have been cut out. This way the facades become a palimpsest, expressing the sequence of historical layers of the building. The windows are recessed into the facade to avoid oblique privacy conflicts.
The former brownfield in the back is squeezed in between small row houses and backyards in the west, the river Dijle along the medieval city wall in the east and the high maltery building in the north. The two resulting patio-villa typologies are the outcome of a complex equation, set out to adapt to the surrounding conditions and to combine privacy, daylight penetration, density and accessibility.

The design process focused on reading the surrounding conditions as if they were a complex DNA code; the solution has been found through an appropriate rephrasing of the question. Architectural micro-surgery has been used to inject new life into the remains of the local brewing industry and to transform this polluted brownfield into a high quality housing environment.