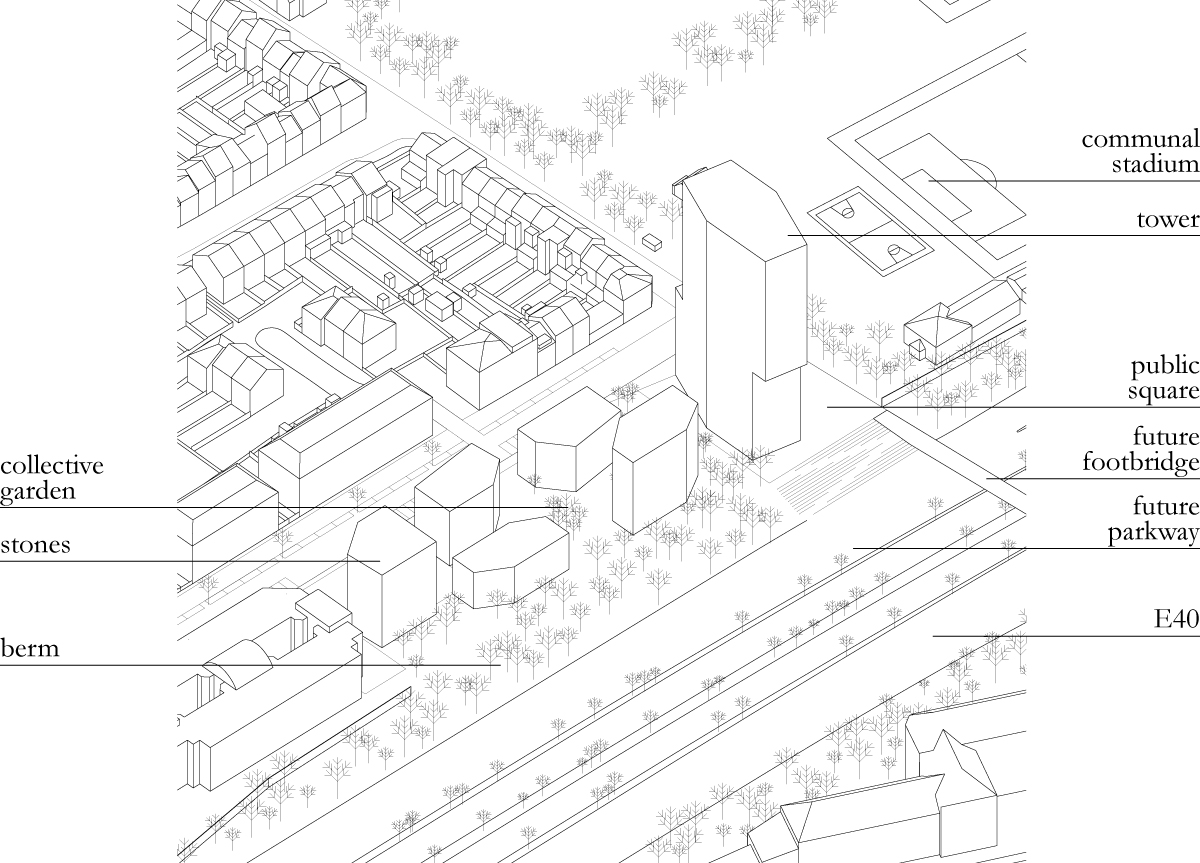 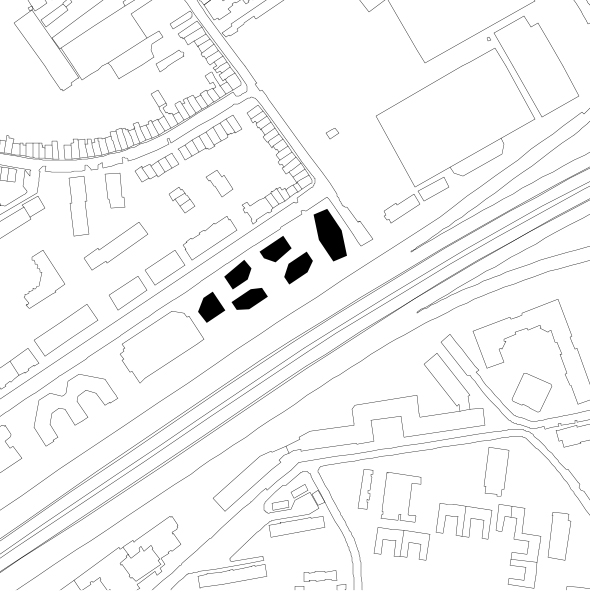 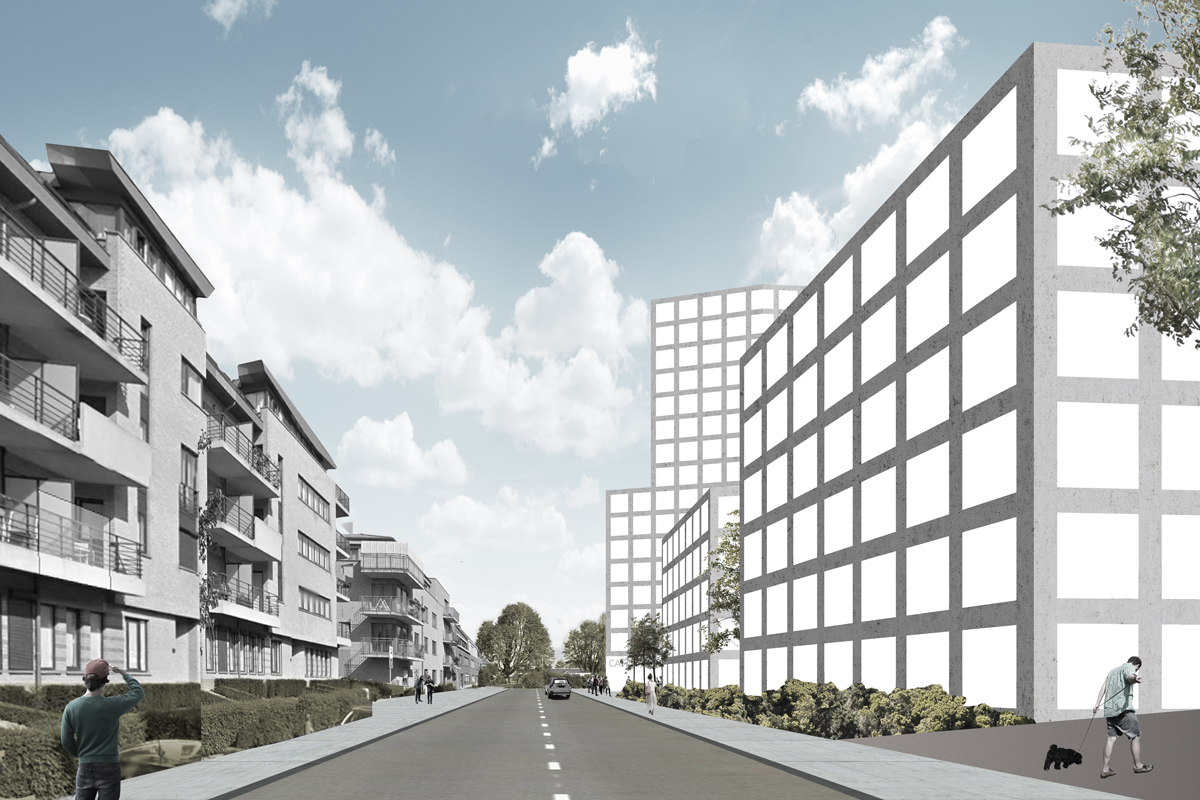 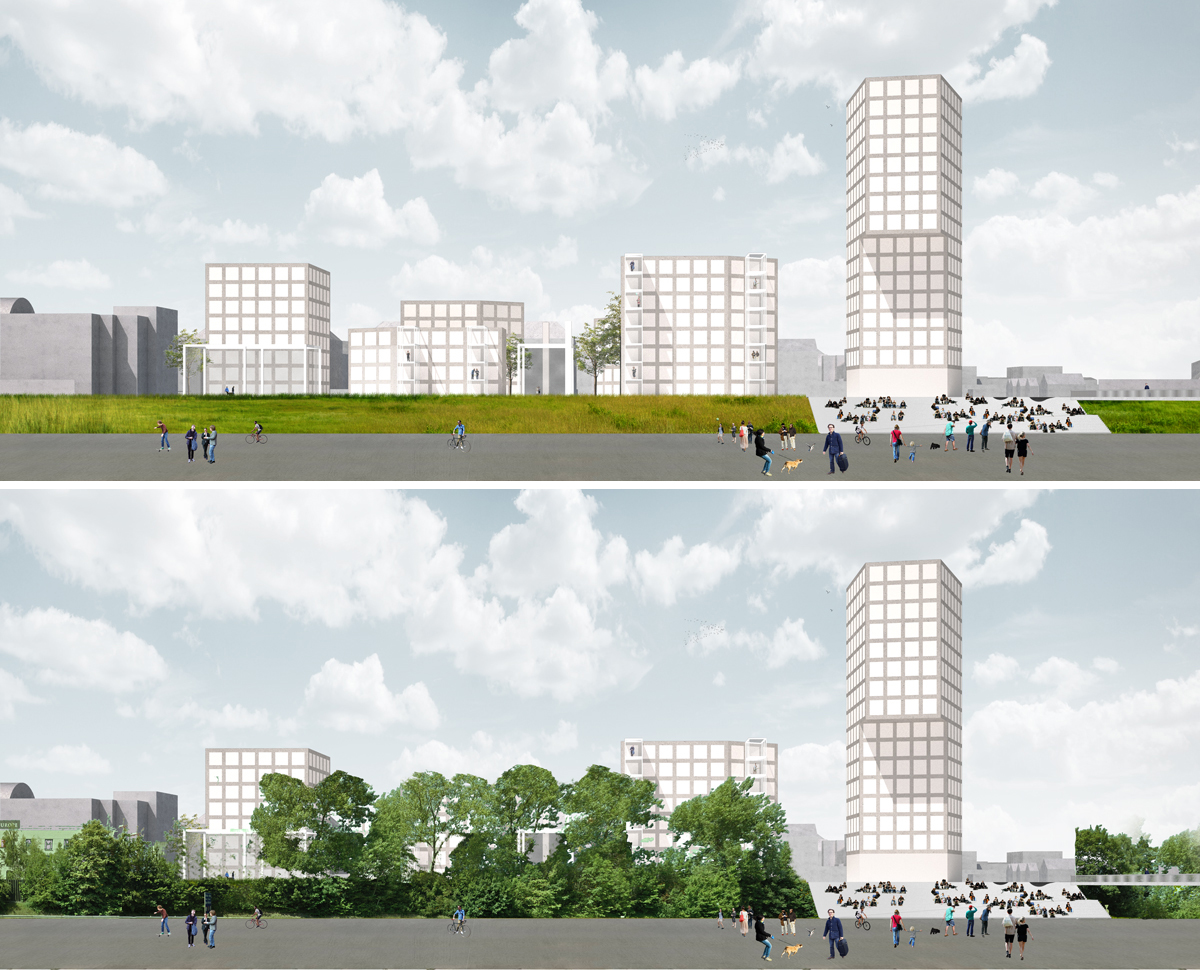 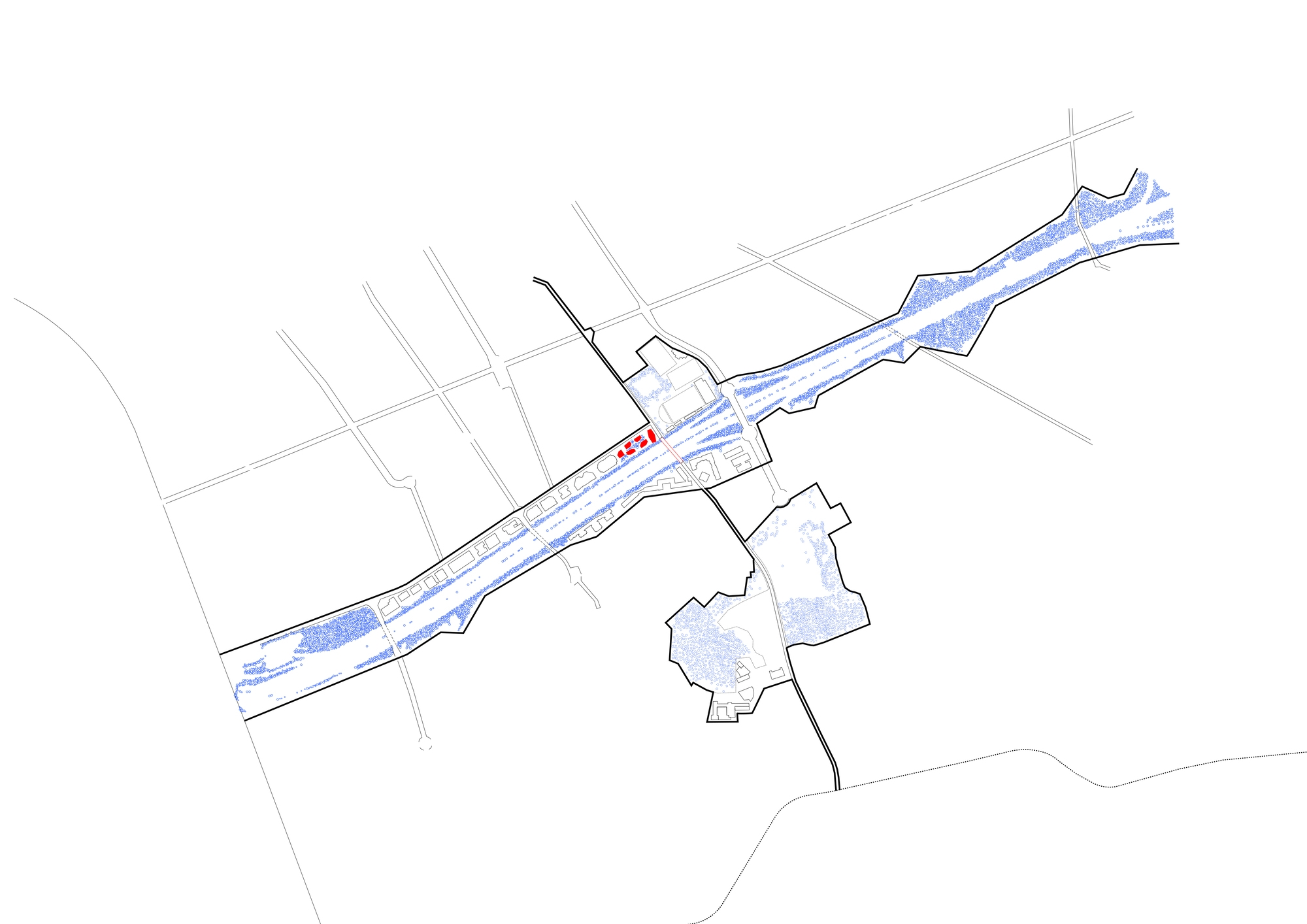 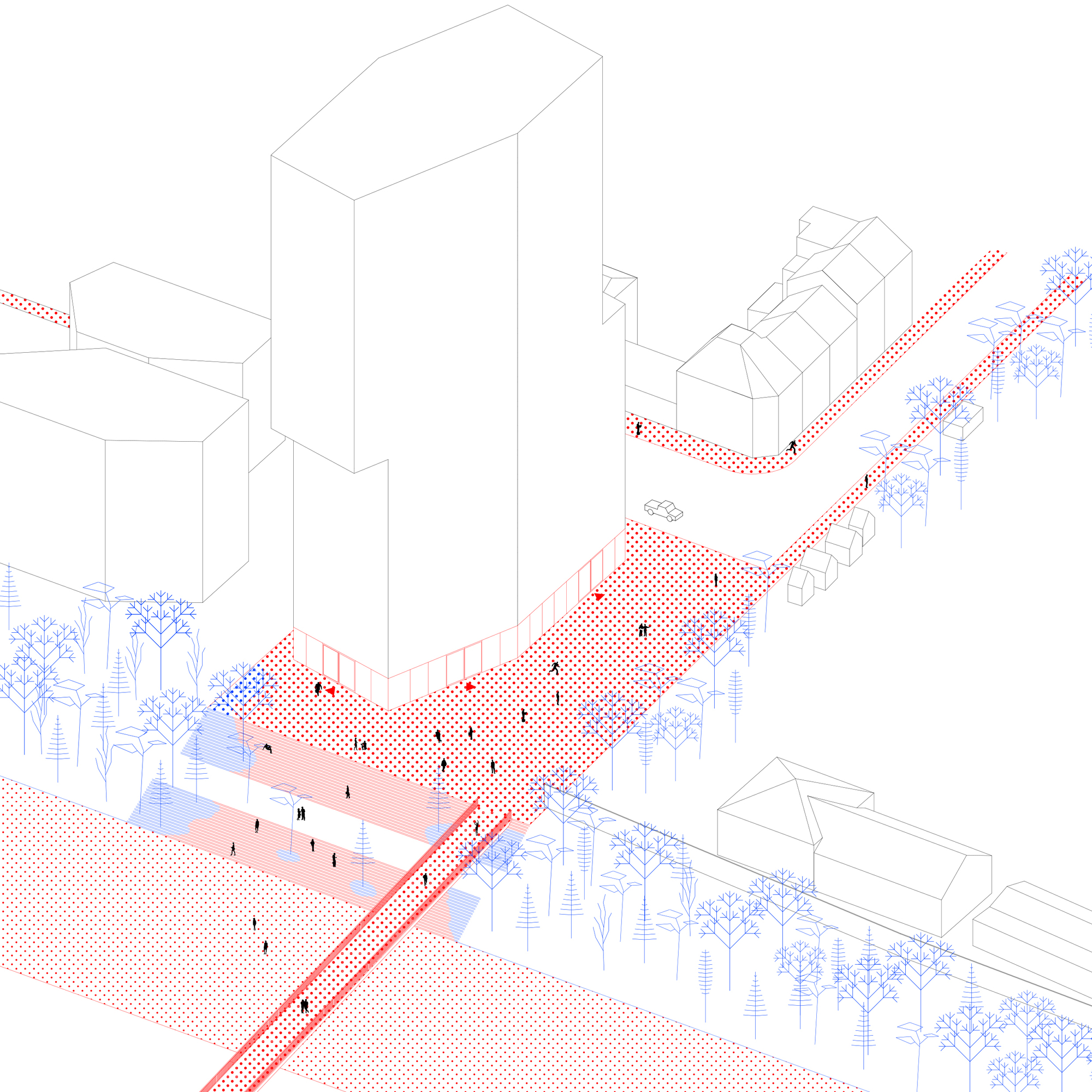 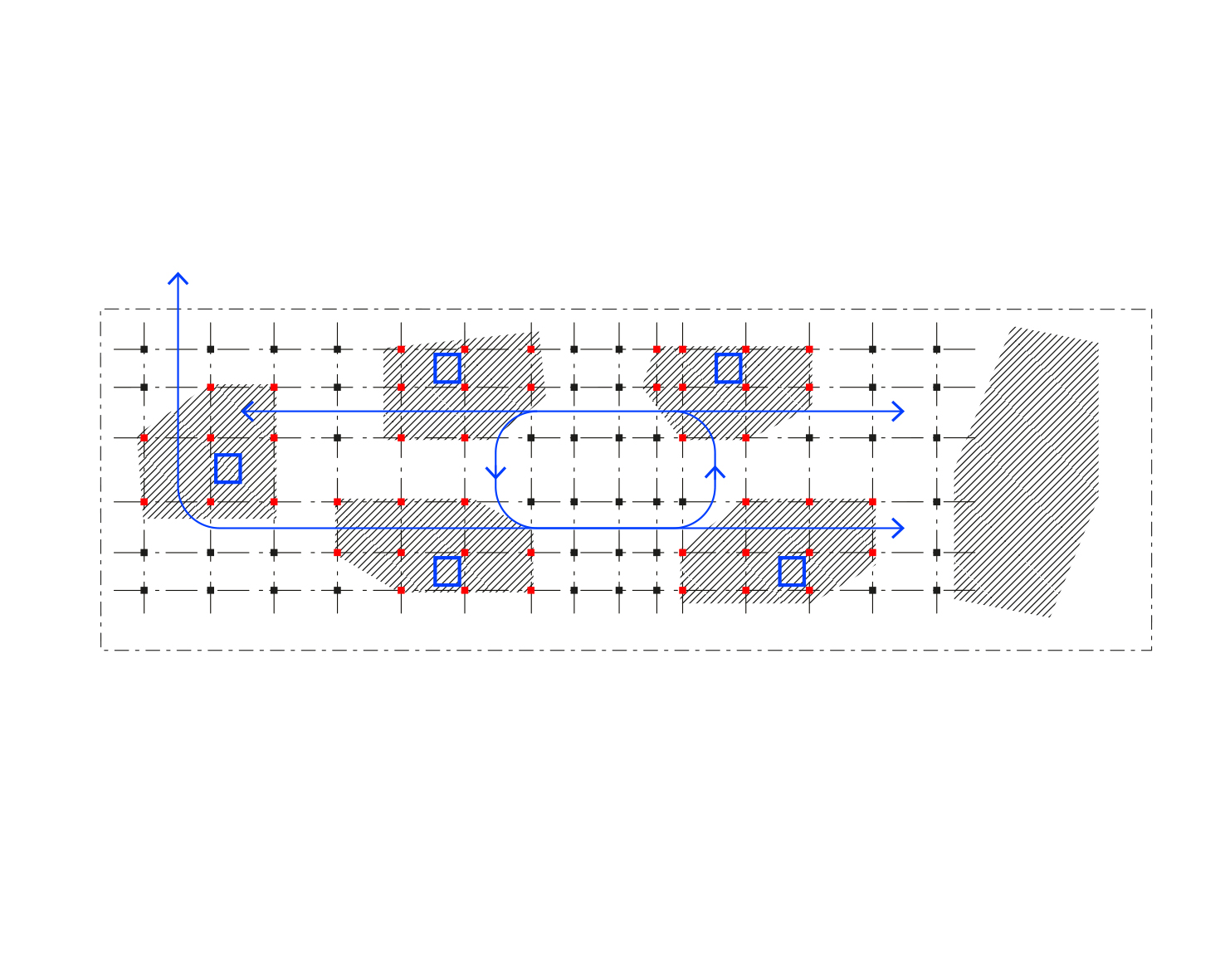 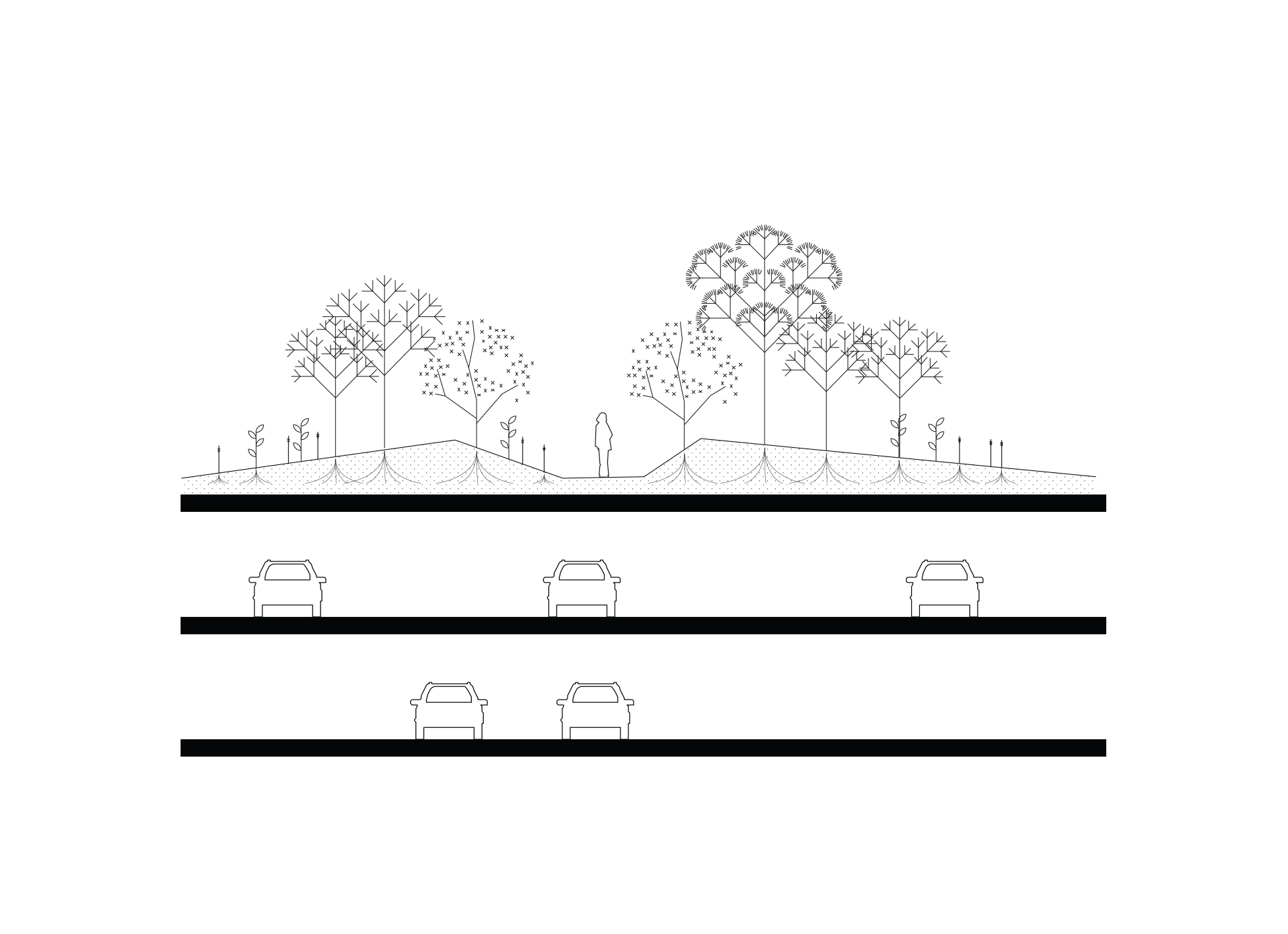 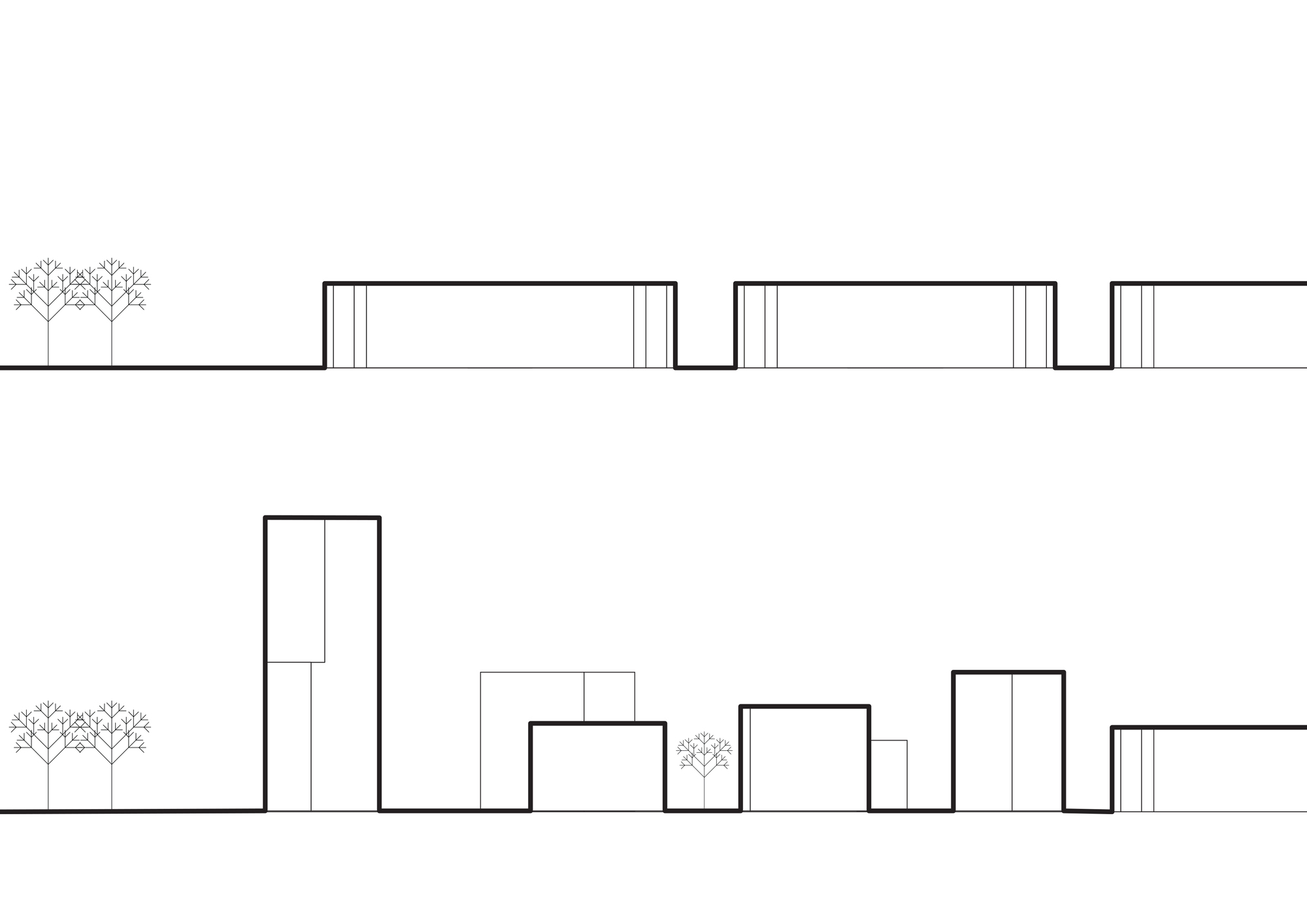 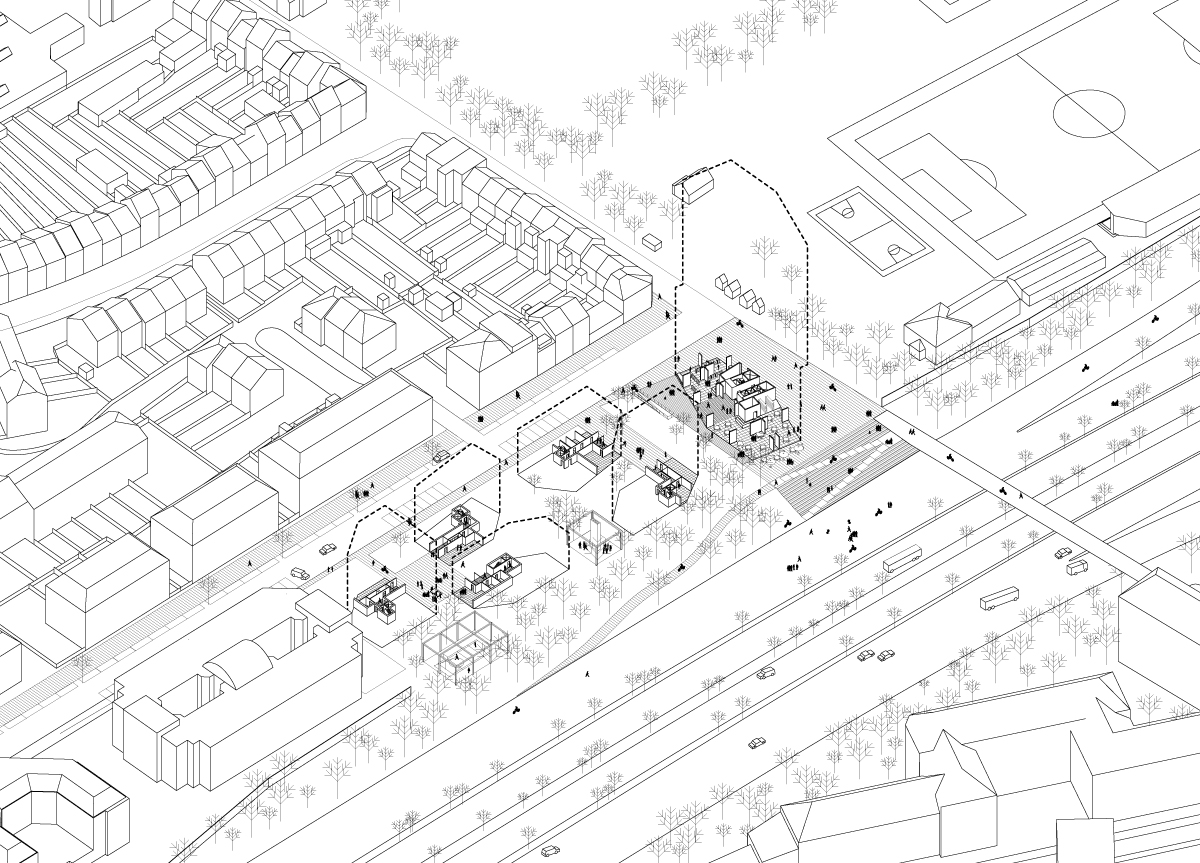 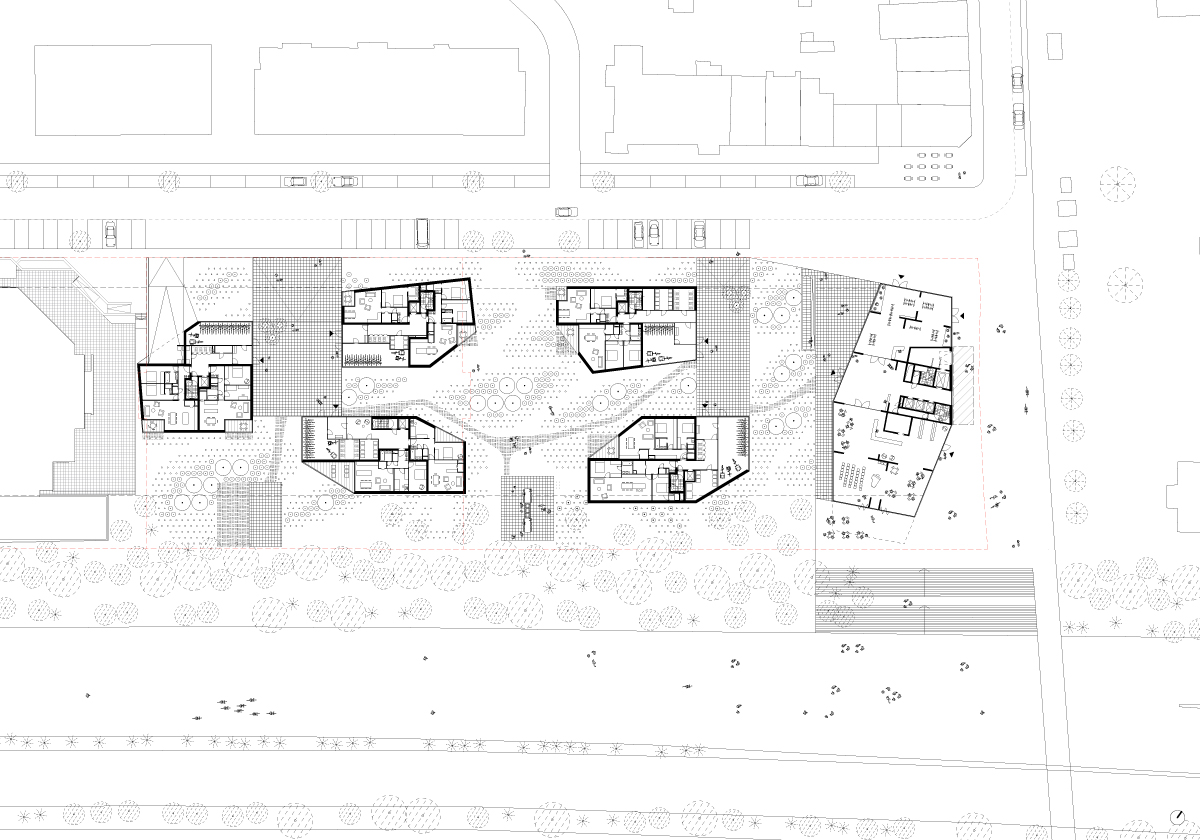 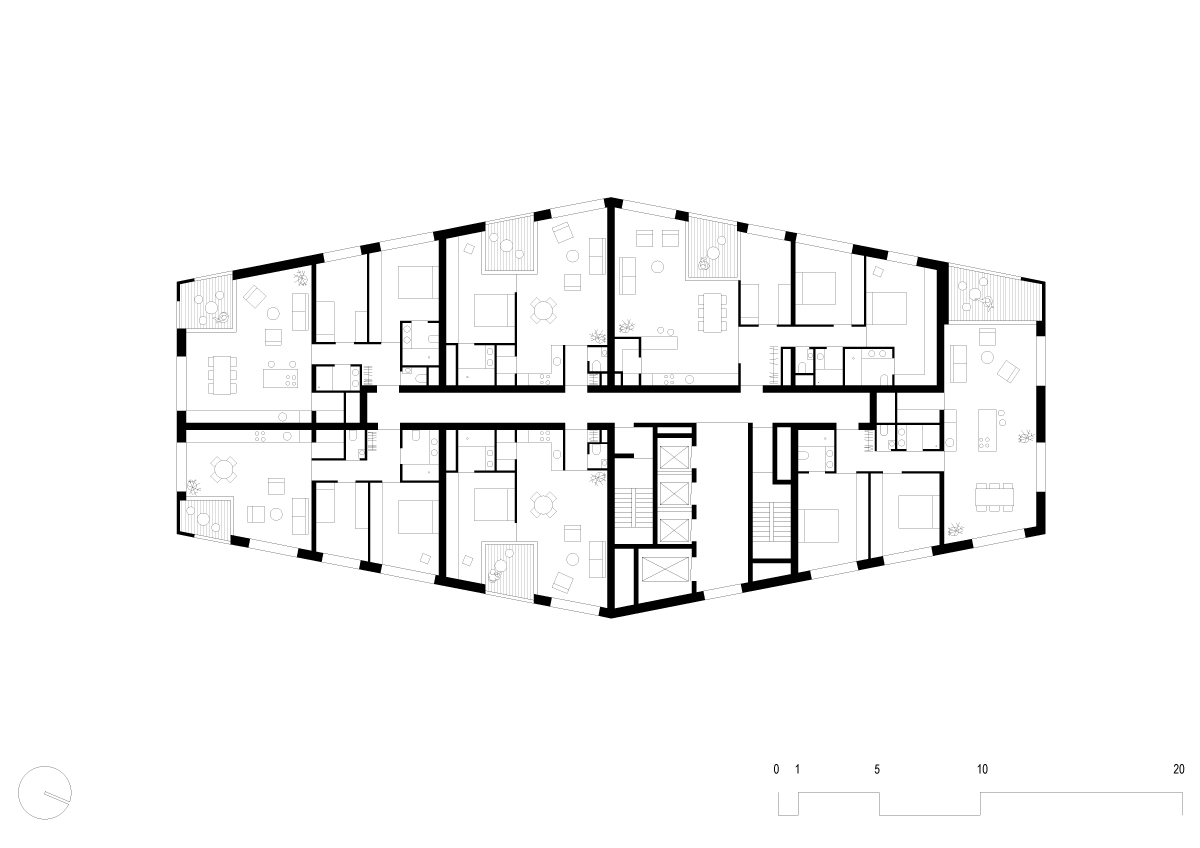 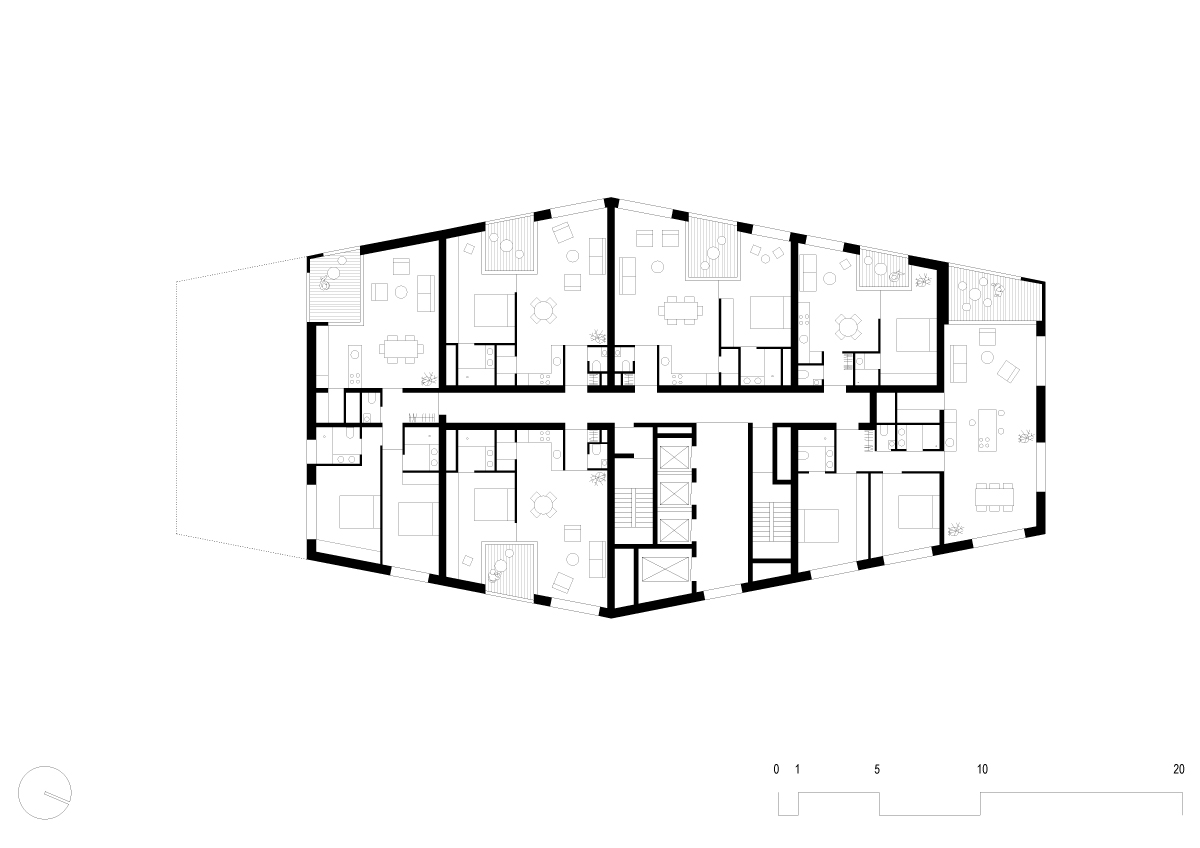 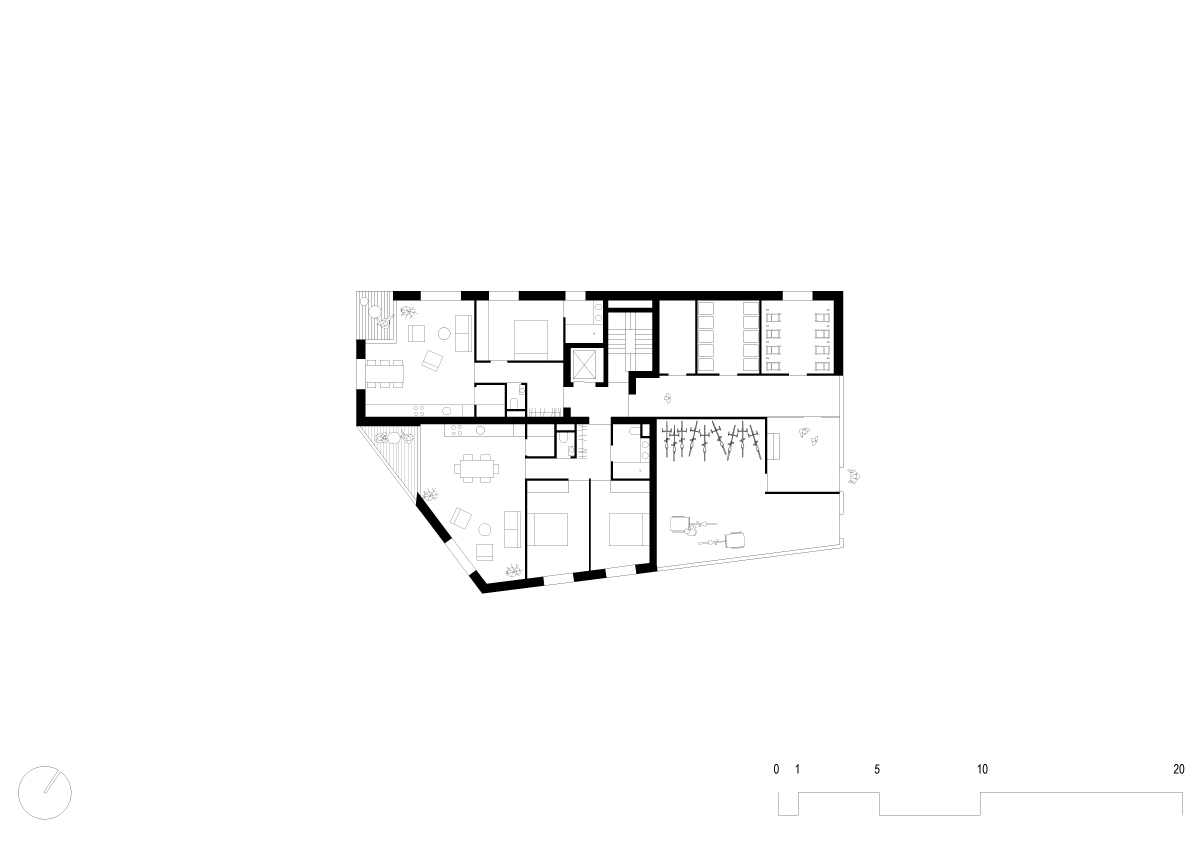 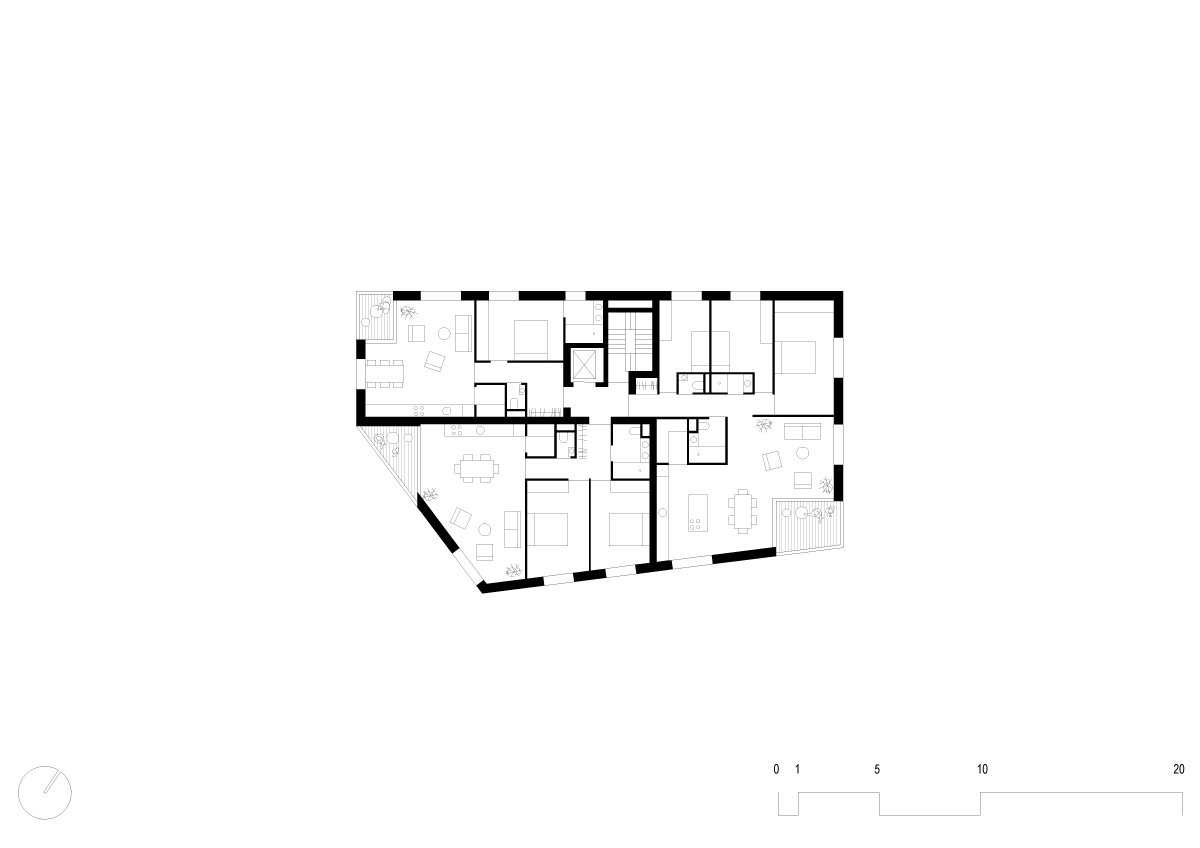 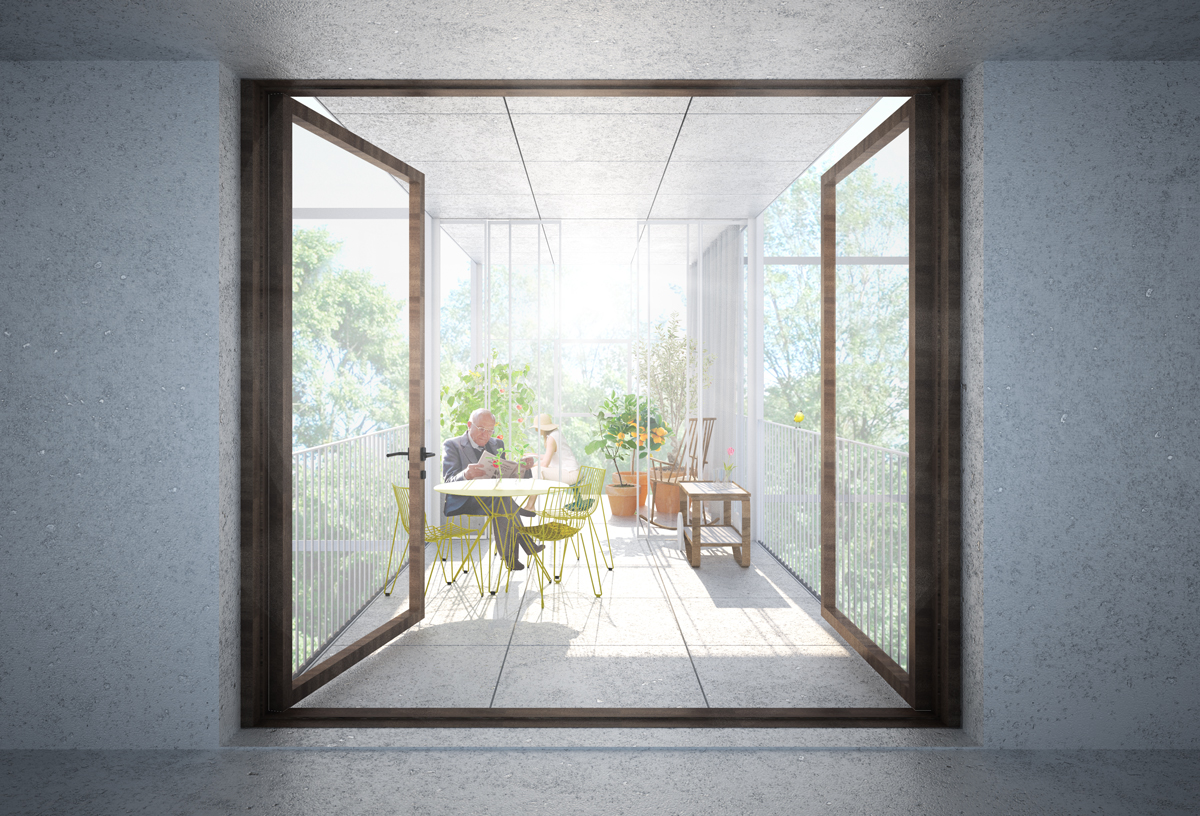 TRANSFORMATION OF AN OFFICE BUILDING OF THE 80’S INTO A HOUSING COMPLEX NEXT TO THE E40 | DIRECT COMMISSION FROM THE CLIENT.

The 70’s brought an unparalleled growth in speedways, often crossing right through urban areas. The E40 highway in Brussels cuts the suburban tissue of Evere, before entering the capital high speed.

The planned local transformation of the E40 highway into an Urban Parkway will give a new identity to the back side of the existing office buildings: reducing the allowed speed to 50km/h, this former highway will become a lively boulevard with representative facades.

Within this context, our ambitious masterplan aims at developing a plot along the E40 by reconnecting the divided suburban tissue and by replacing large office buildings with low rise high density housing structures and a residential tower. The conversion of existing office buildings into housing solves both the lack of housing and the excess of office space in Brussels.

The morphology of the five low rise apartment buildings has been generated by both technical reasons and housing quality: following the structure of the existing underground parking, they aim to offer every apartment at least a double orientation and a generous outside space.

The residential tower is positioned at the edge of the site, next to a large sports field, forming a landmark at the fringe of suburbia. Due to its shape and programmatic infill on the ground floor, the tower generates qualitative public spaces around it, while offering to its inhabitants multiple orientations, winter gardens and generous circulation spaces. Starting at the foot of the tower, a new pedestrian bridge will reconnect the tissue that was once divided by the highway.

This project facilitates human interaction by providing a gradual sequence of public, collective and private spaces, a generous landscape (thanks to the high density of the built part) allowing various functions: leisure, gathering, playing, events.

Through programmatic mix and quality design of high-density, a “dead-end” is transformed in a lively and green area connected to its surroundings.