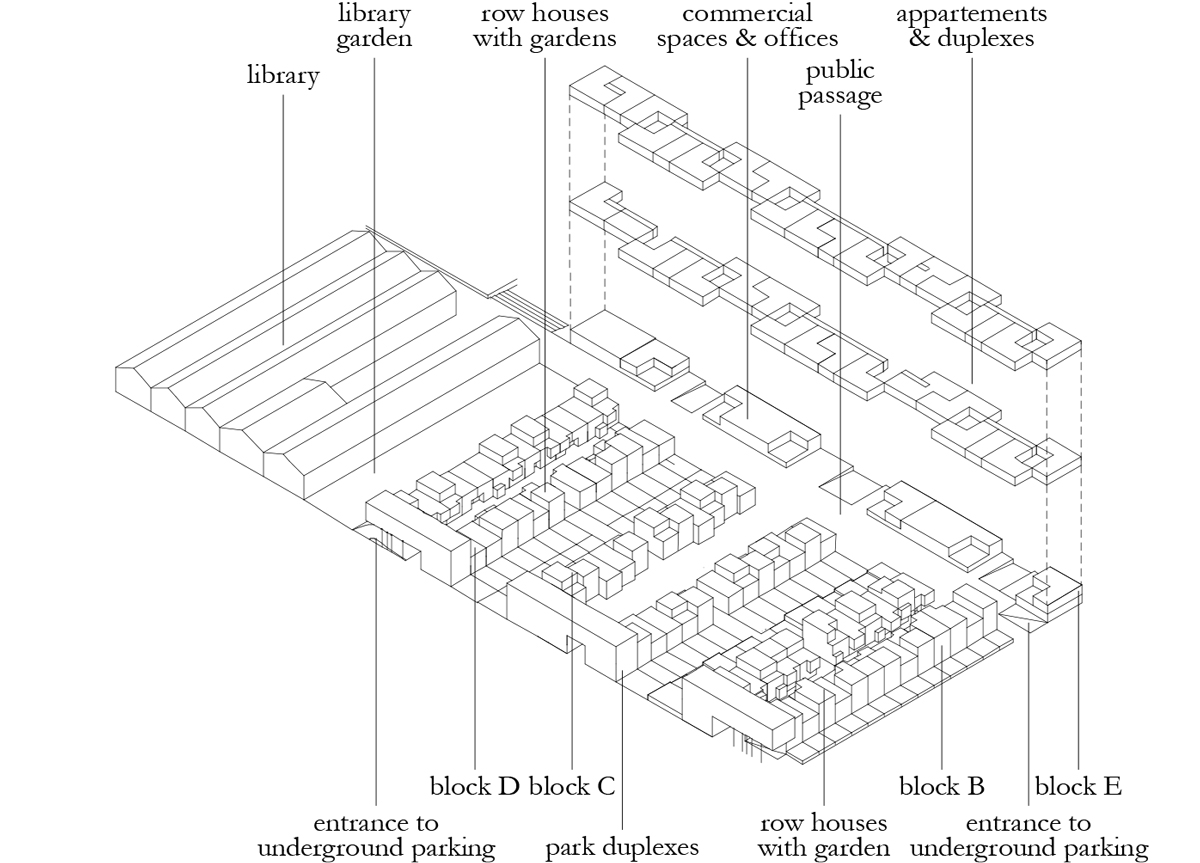 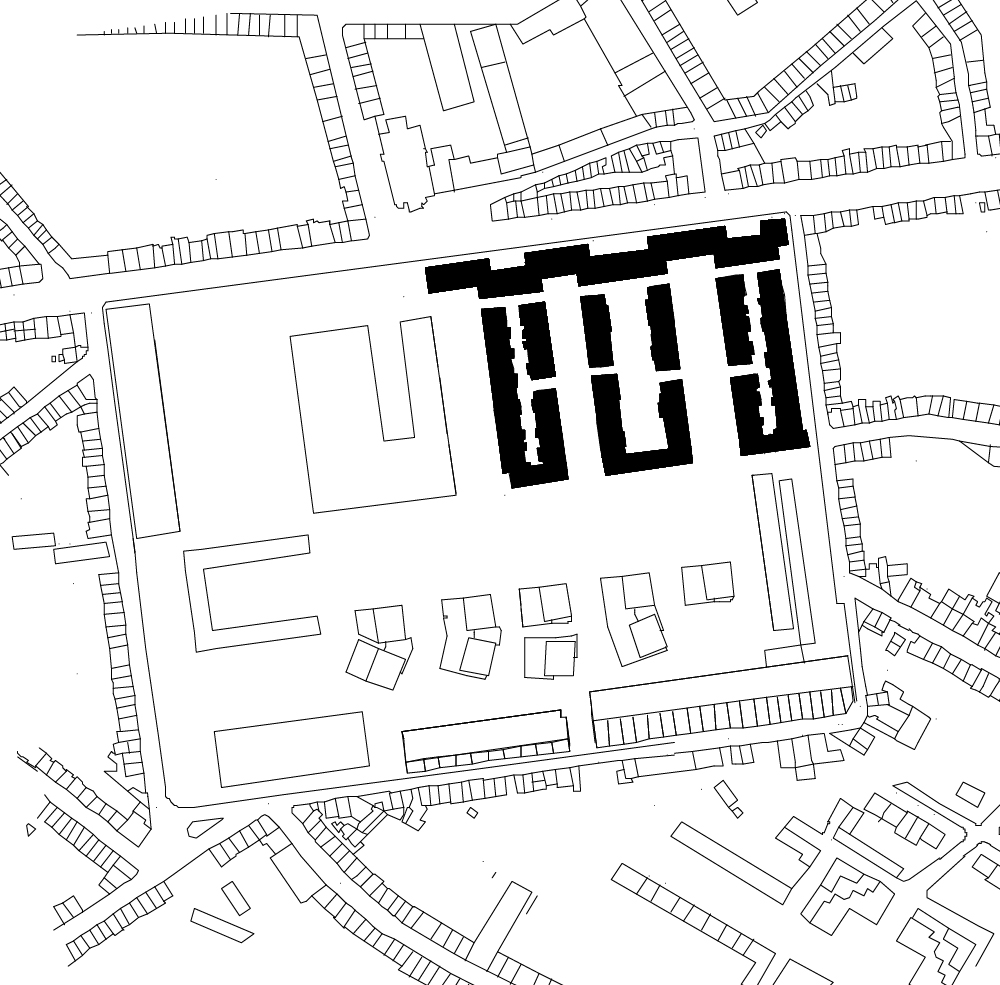 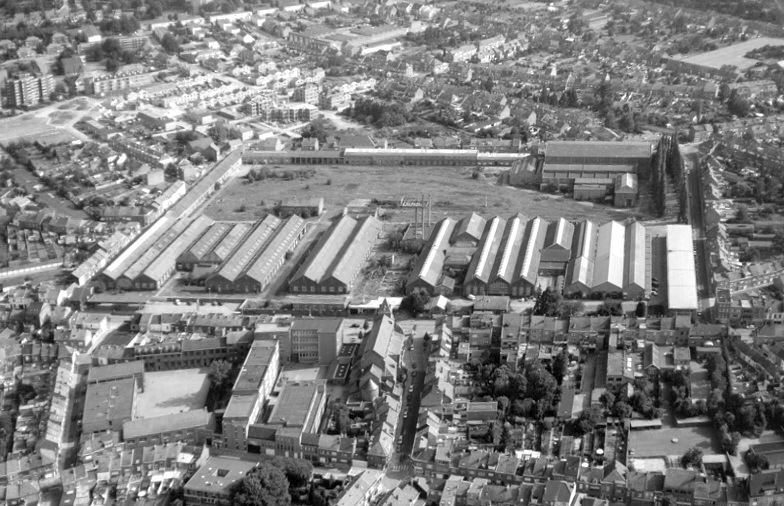 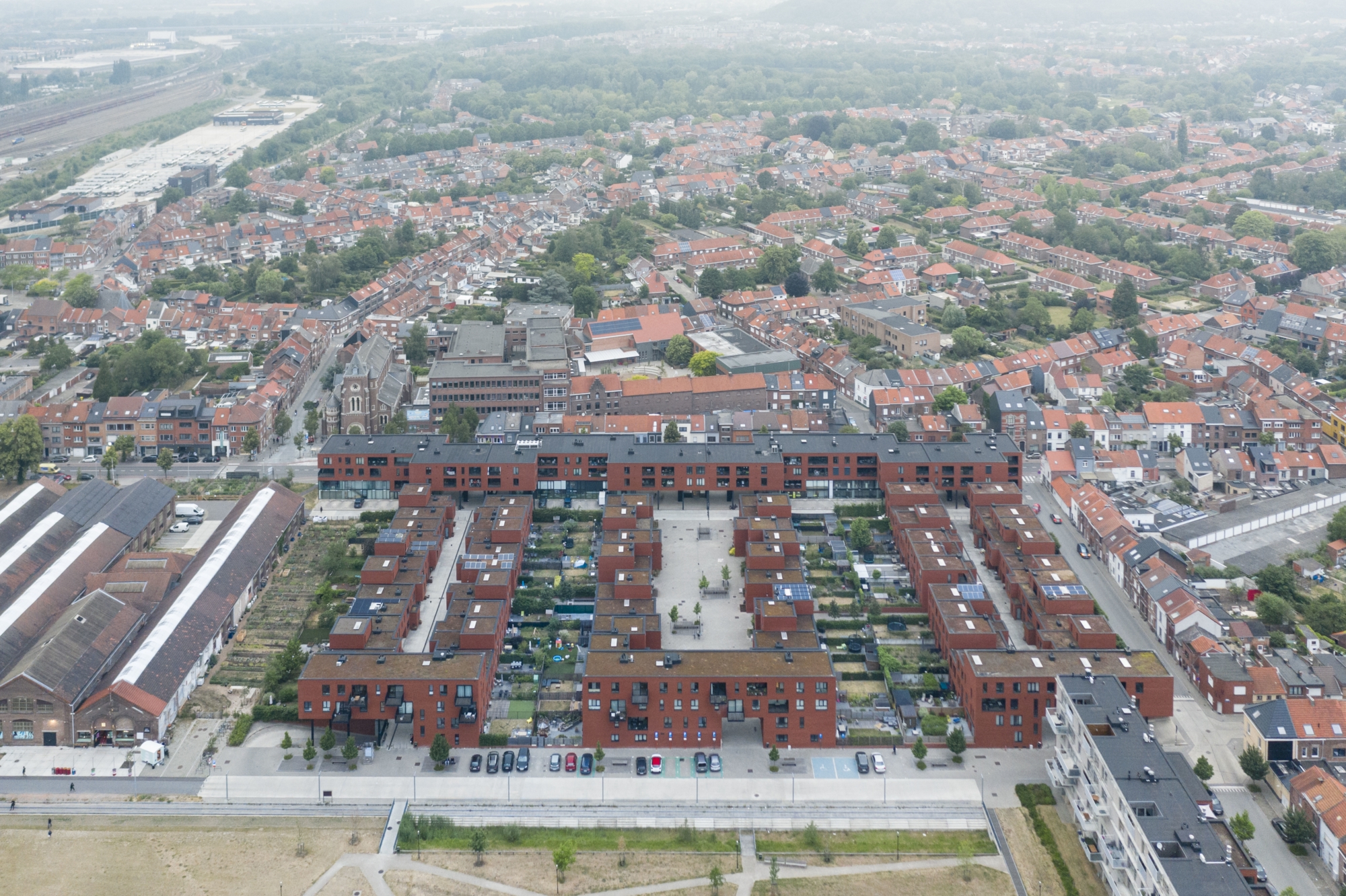 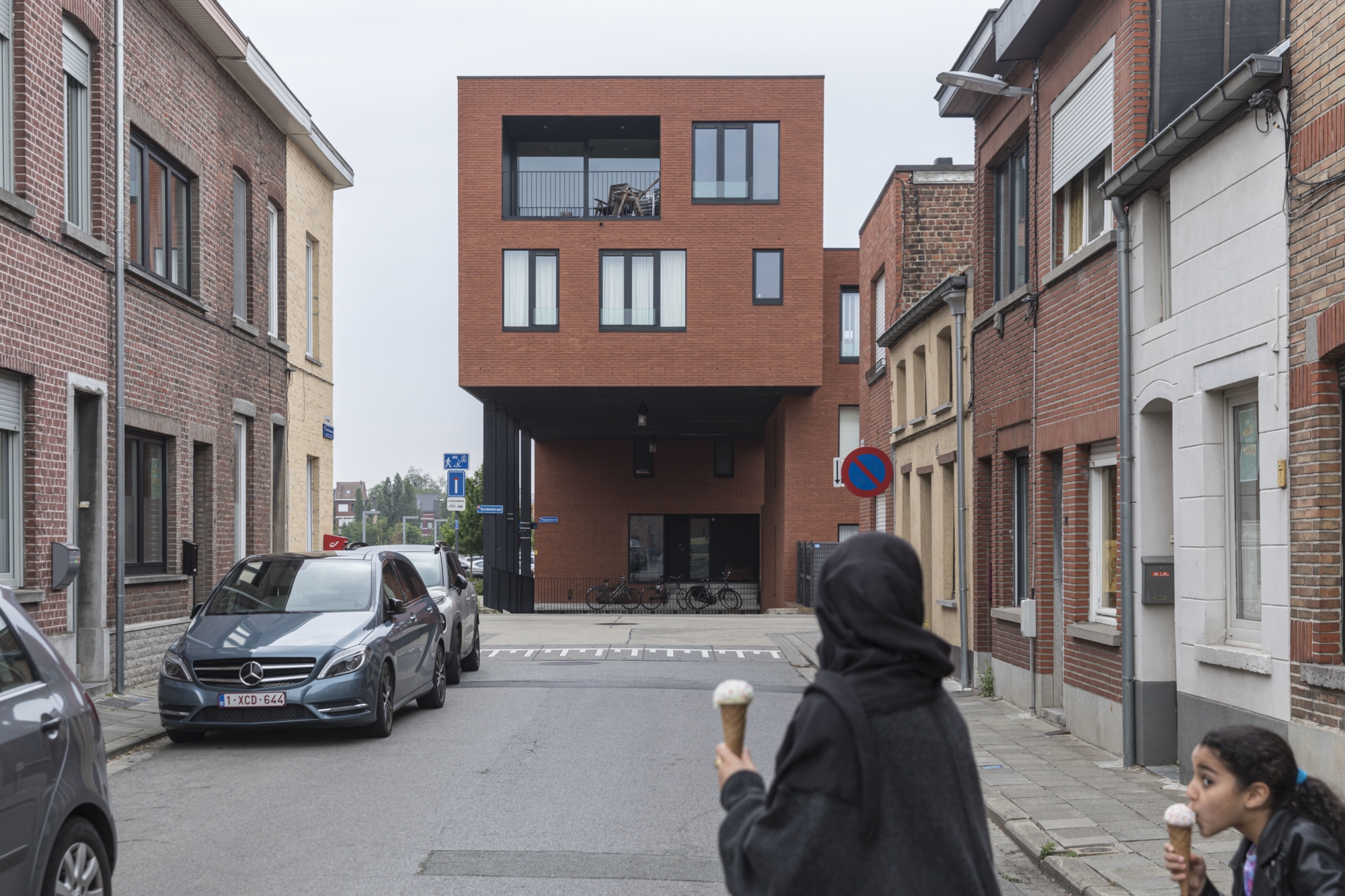 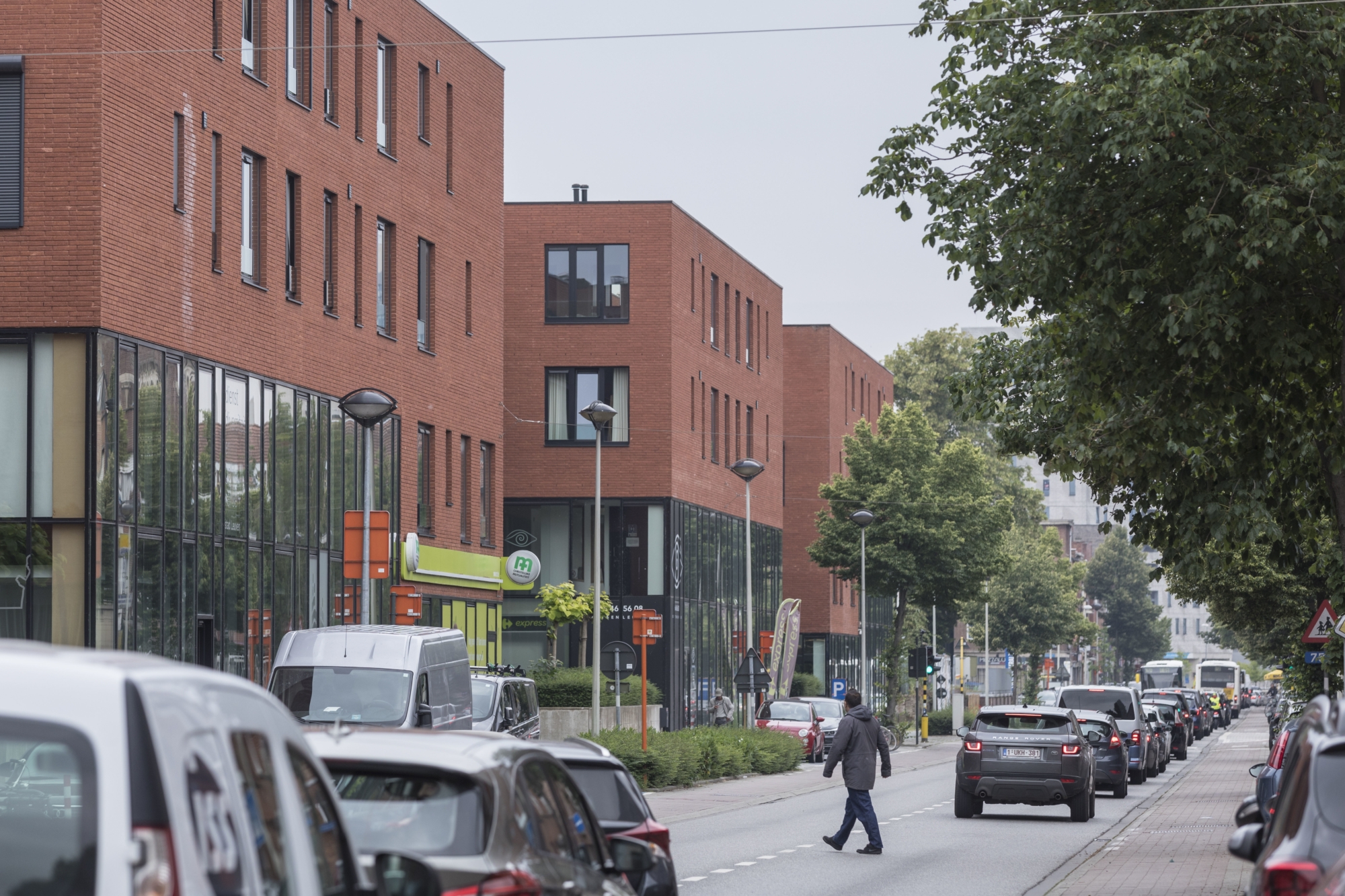 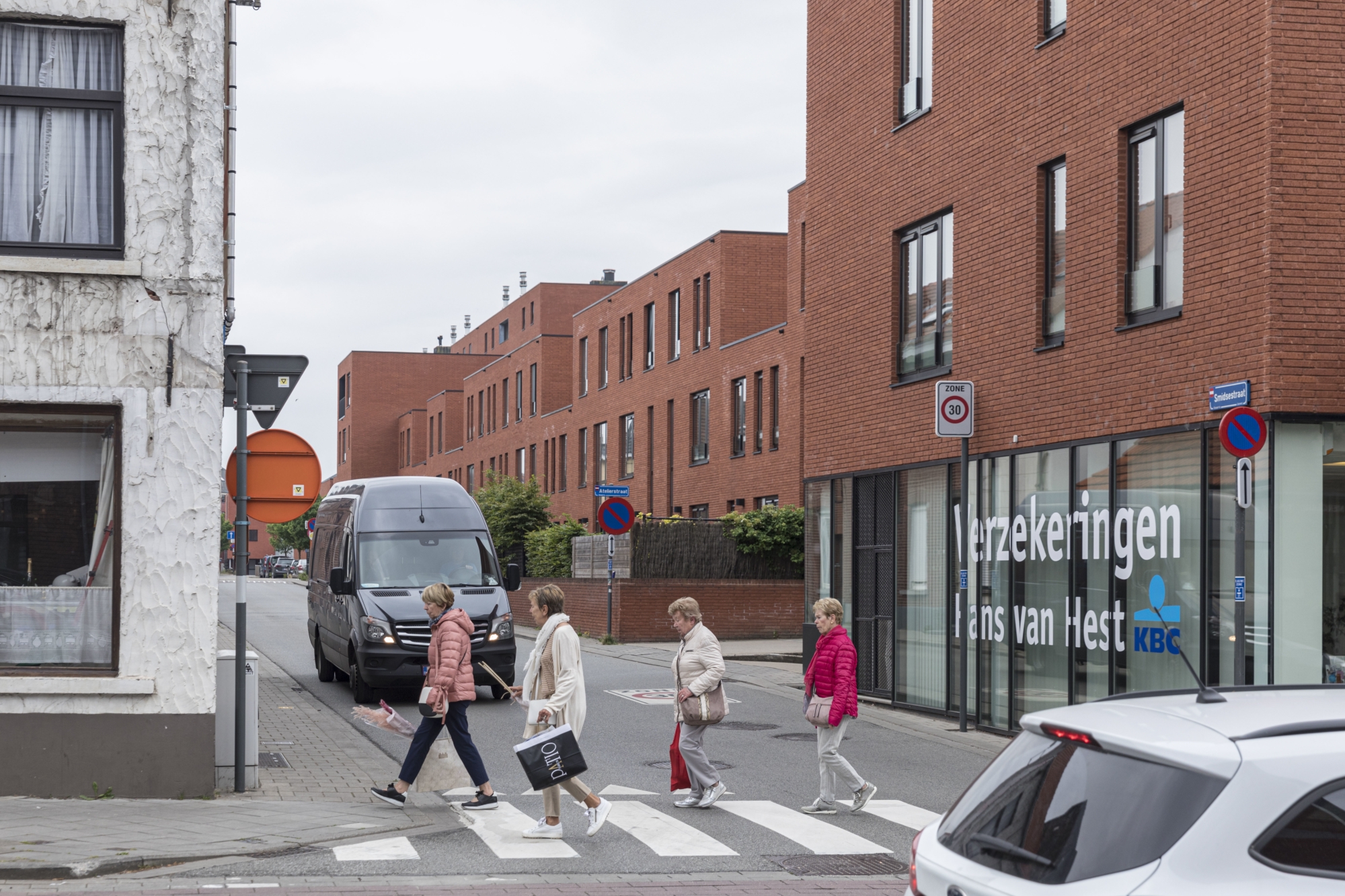 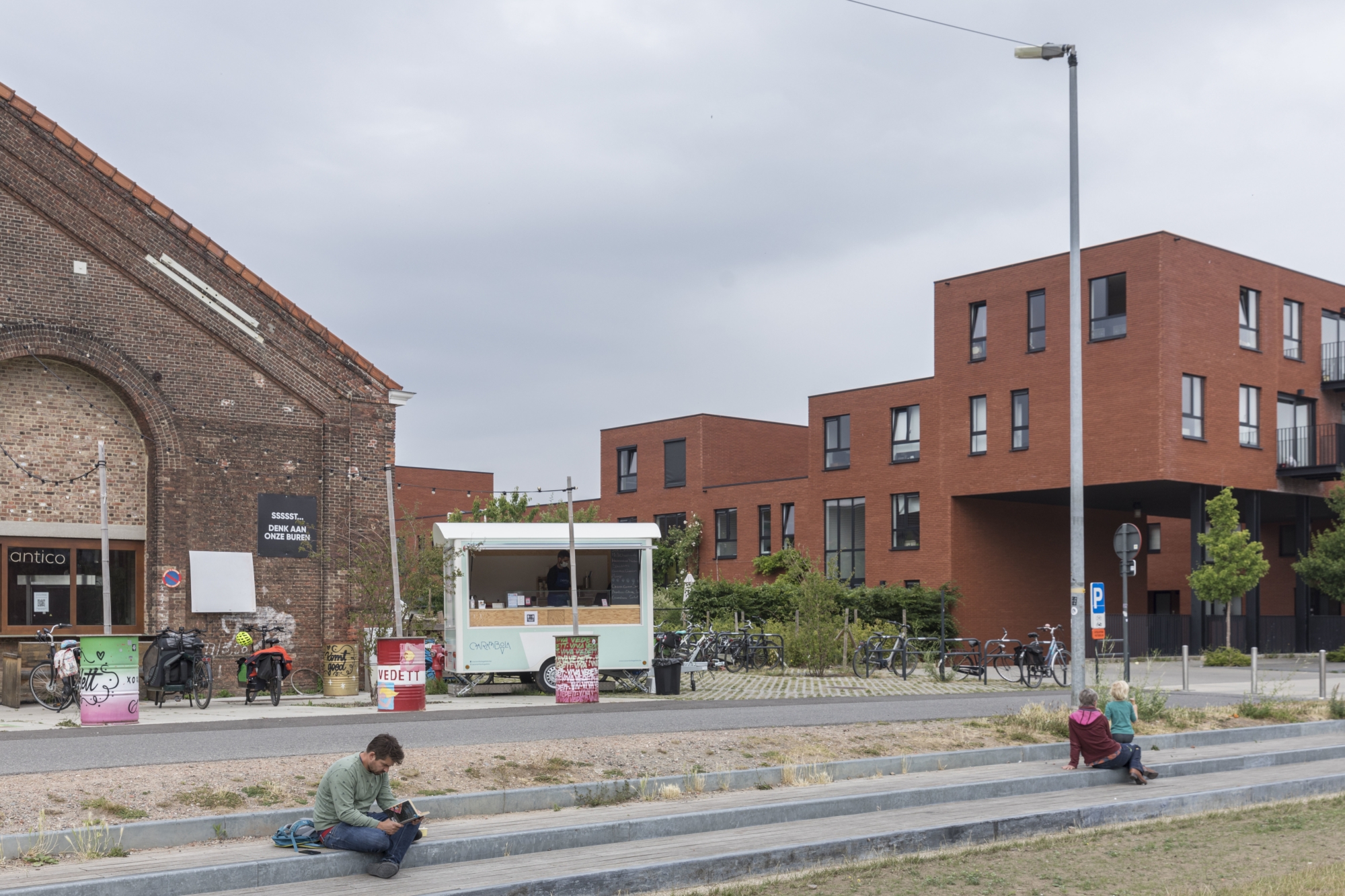 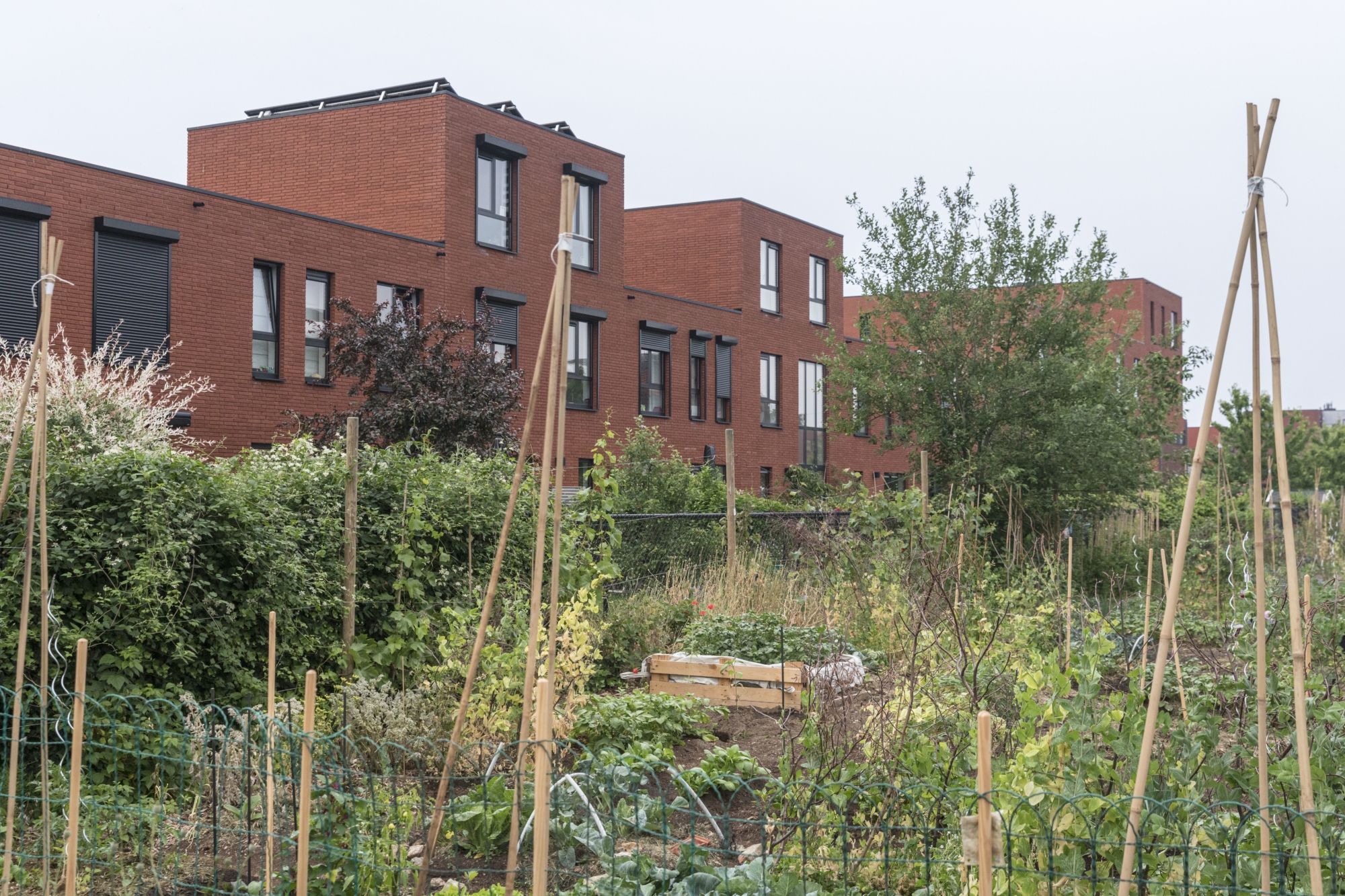 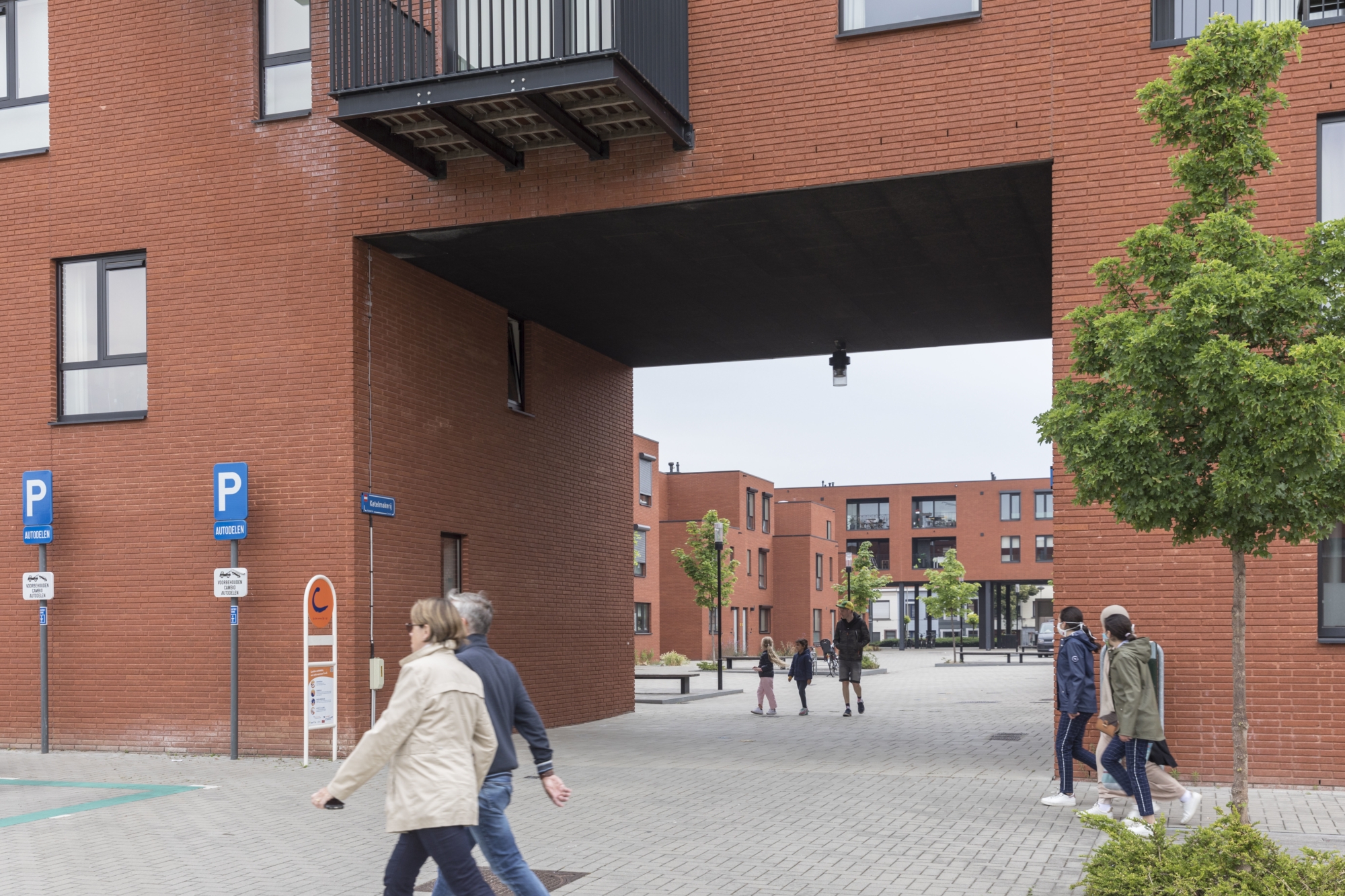 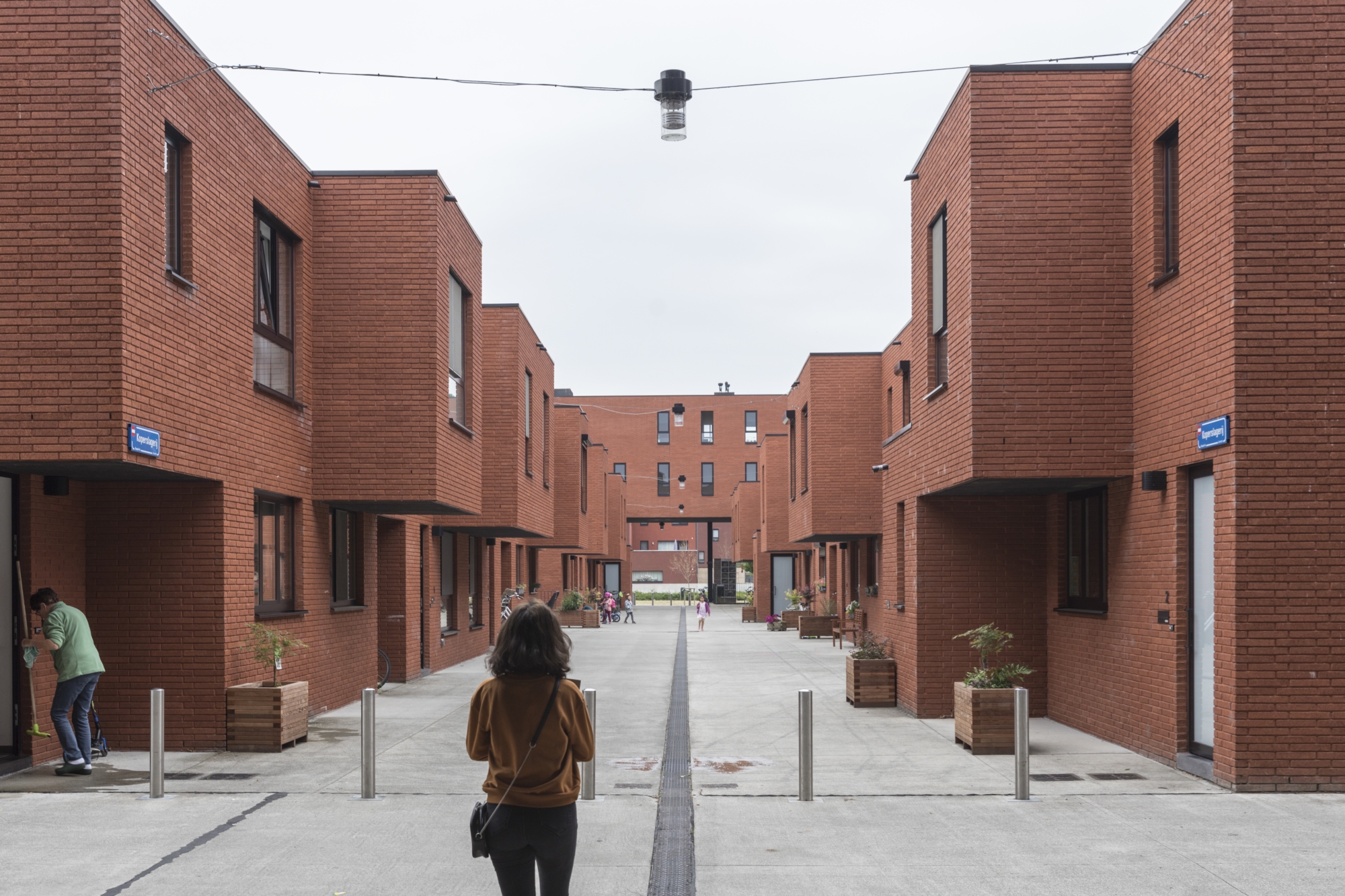 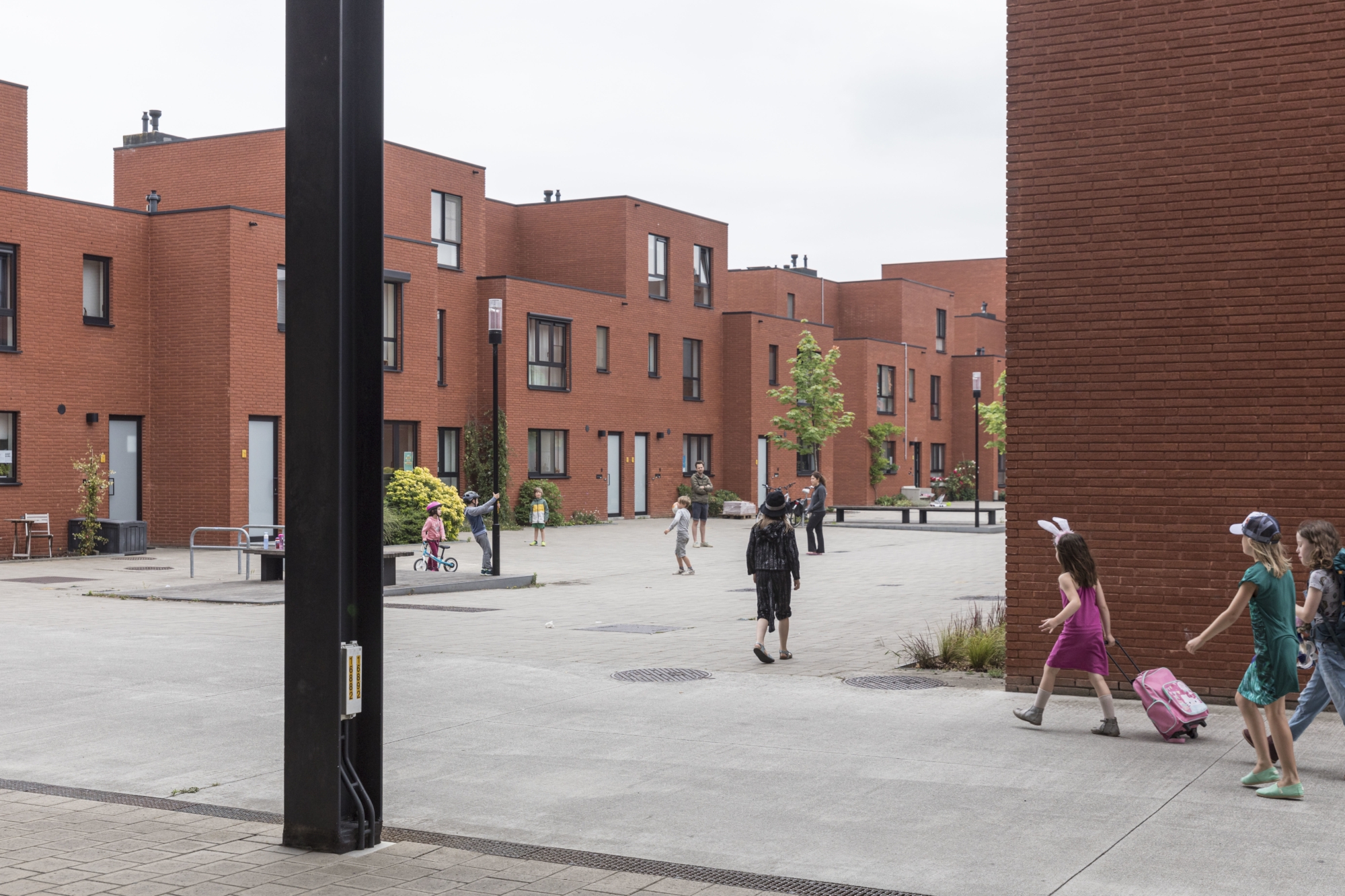 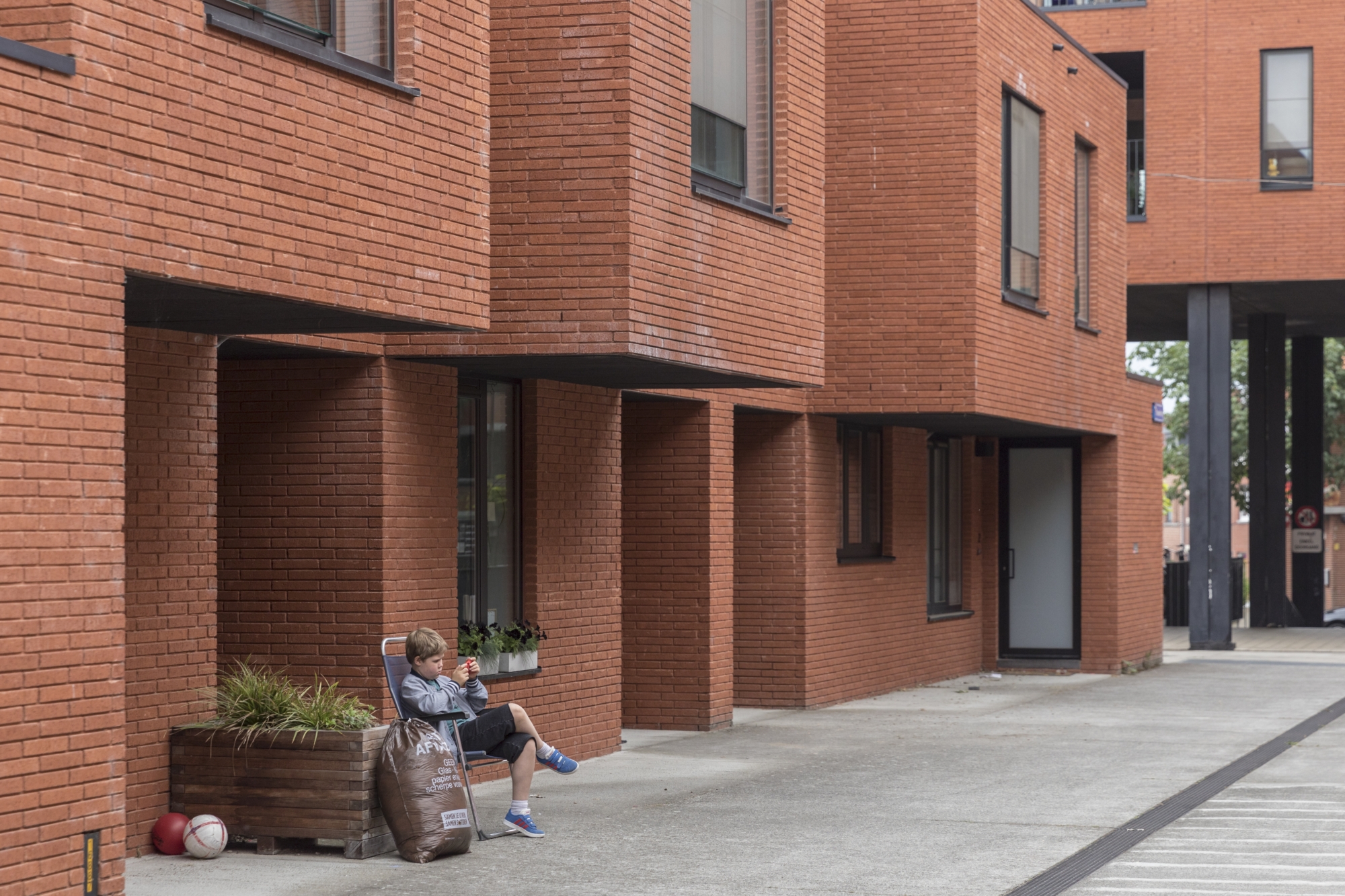 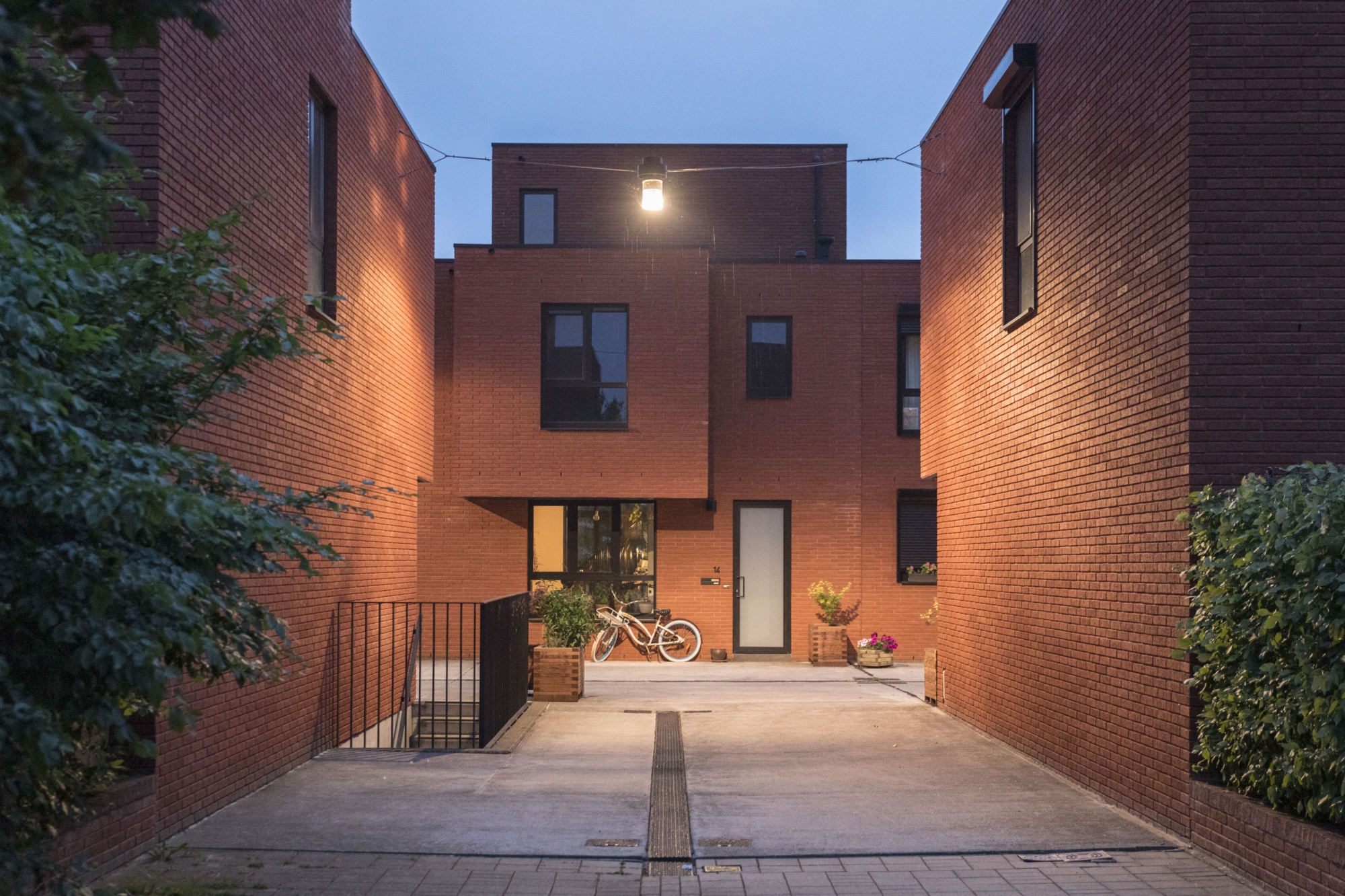 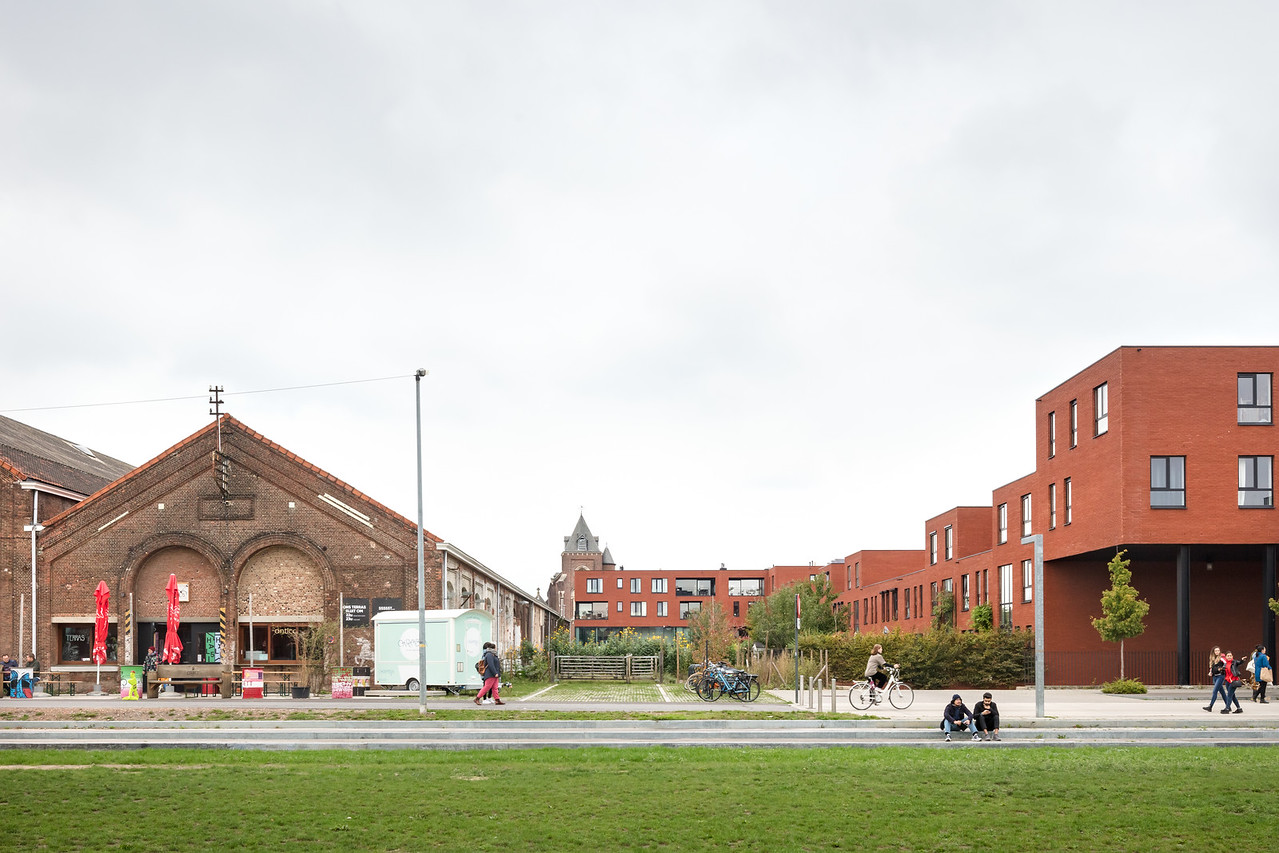 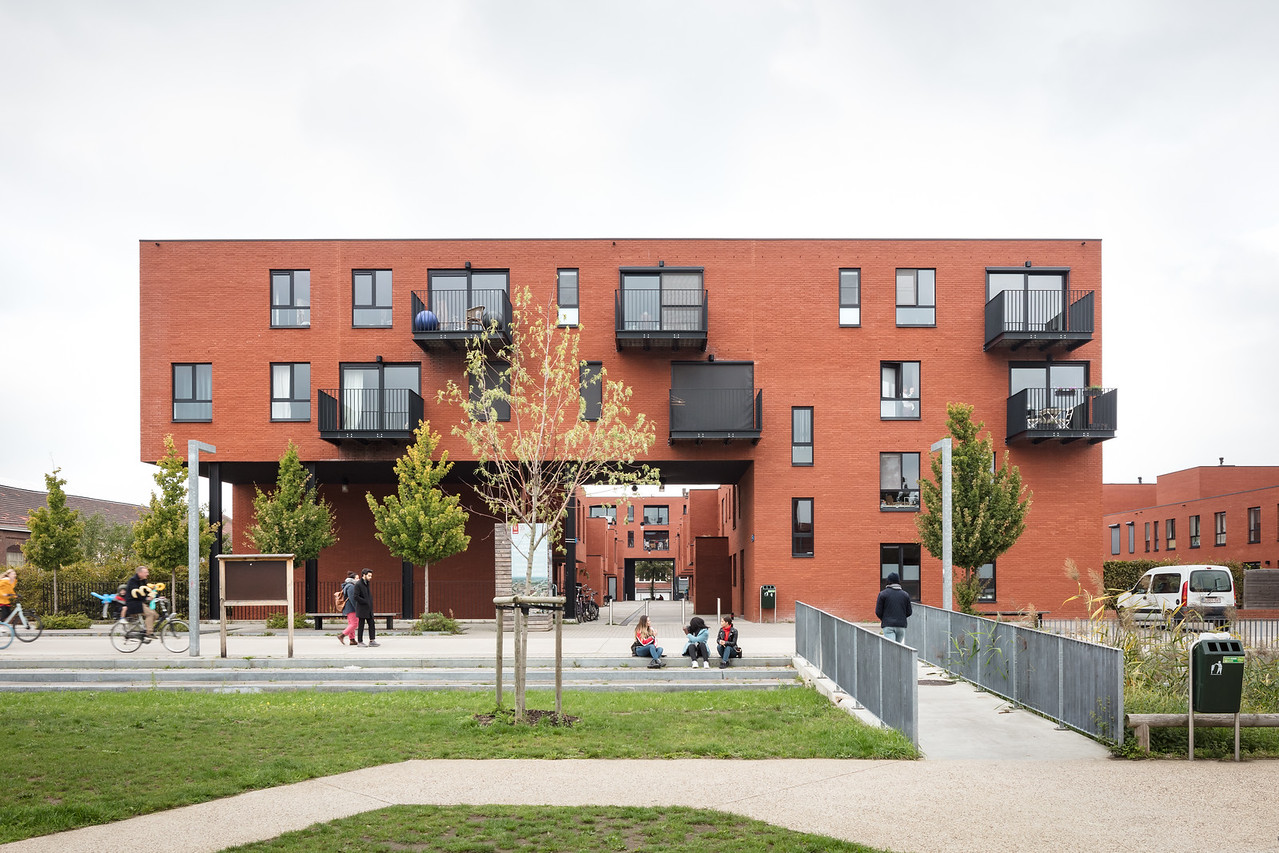 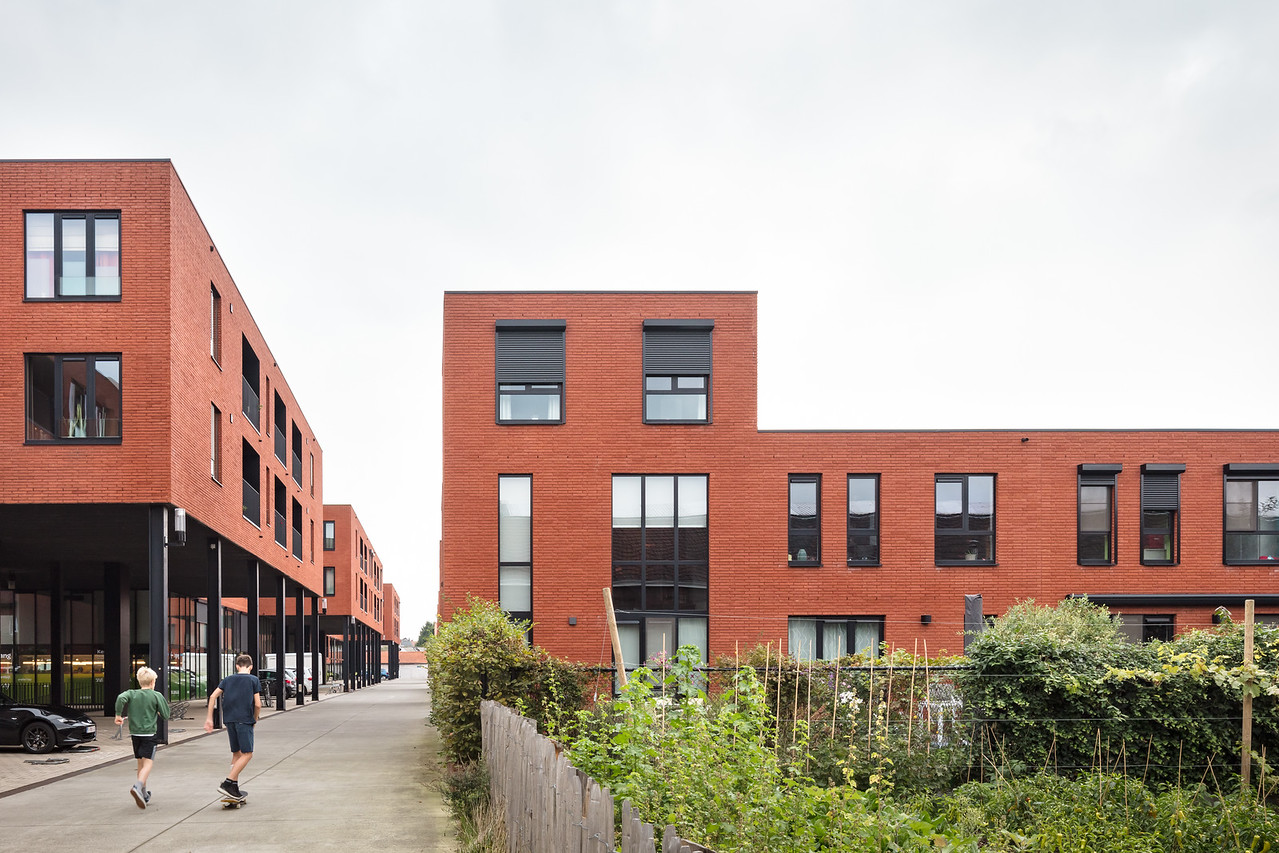 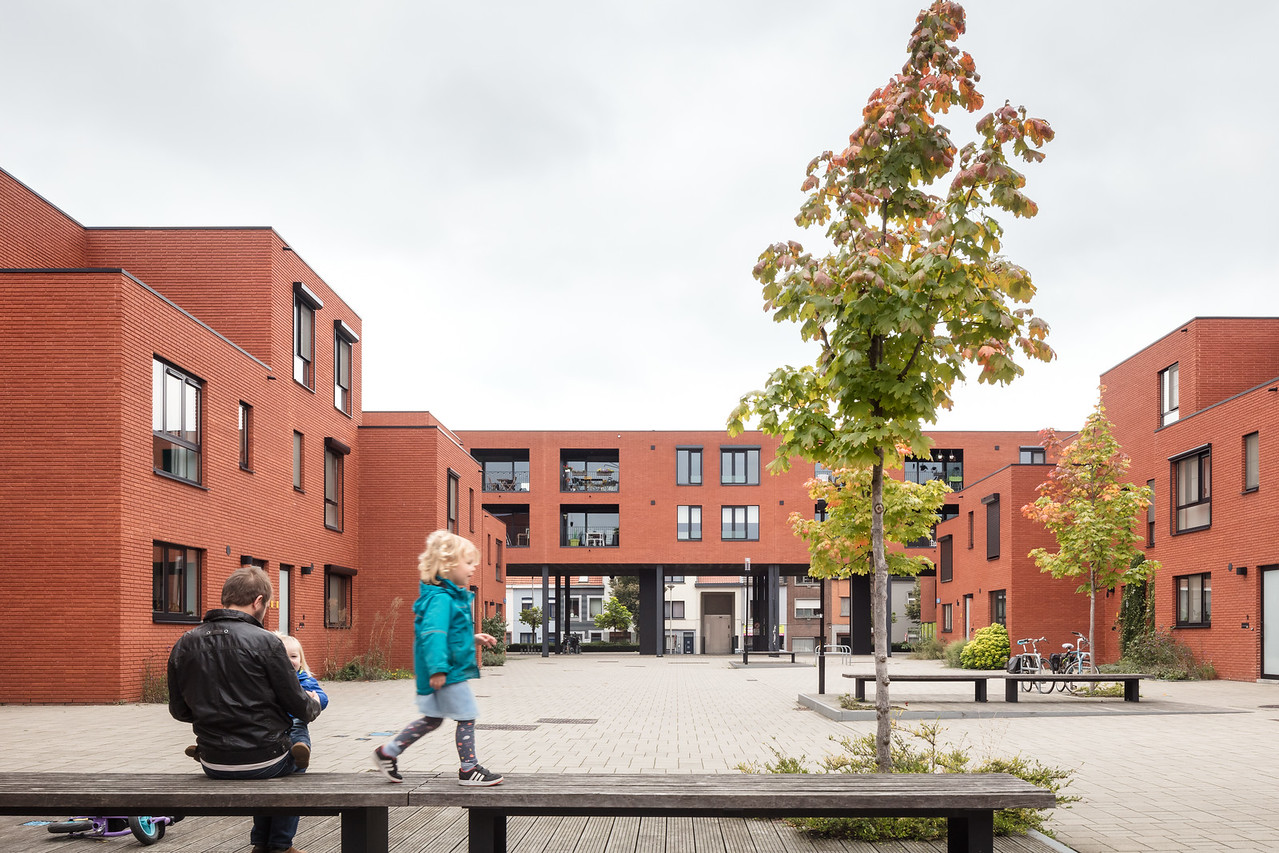 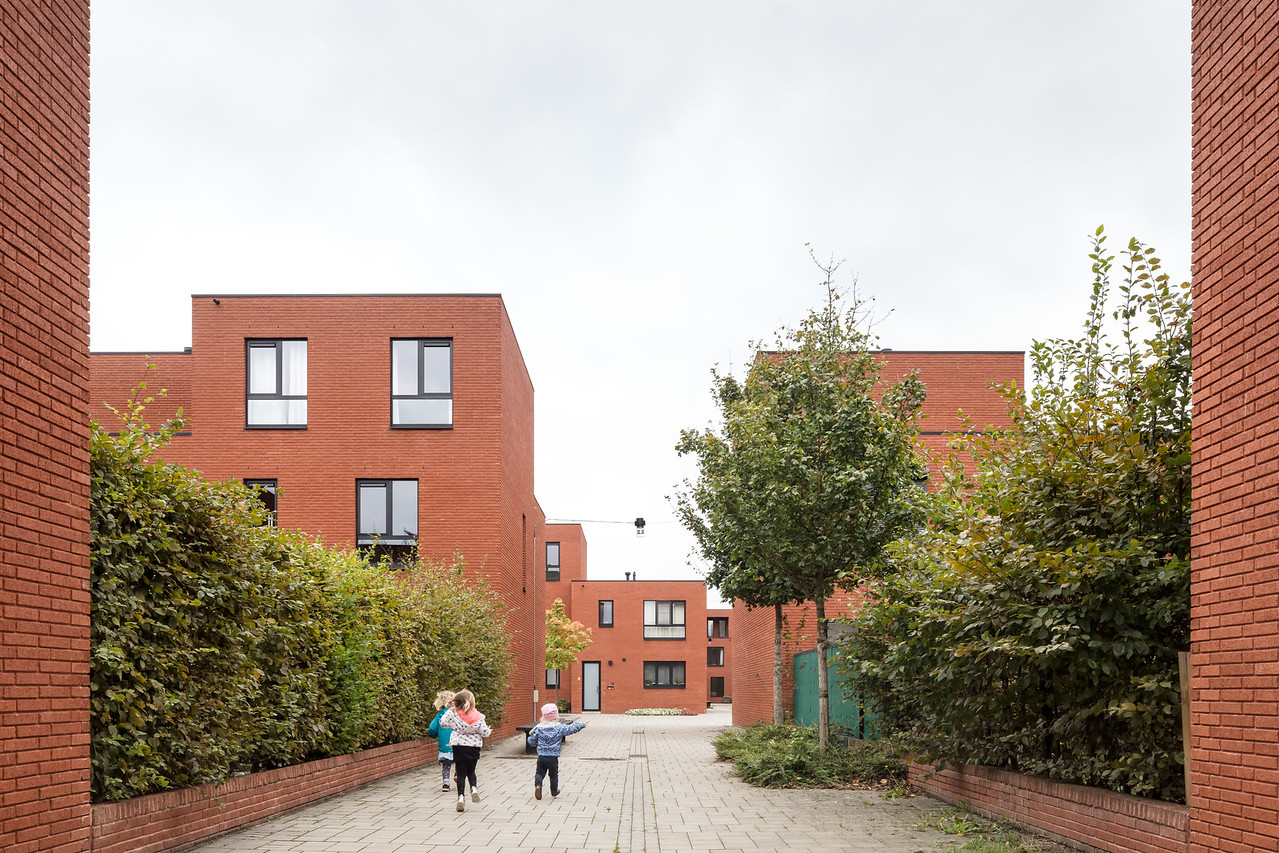 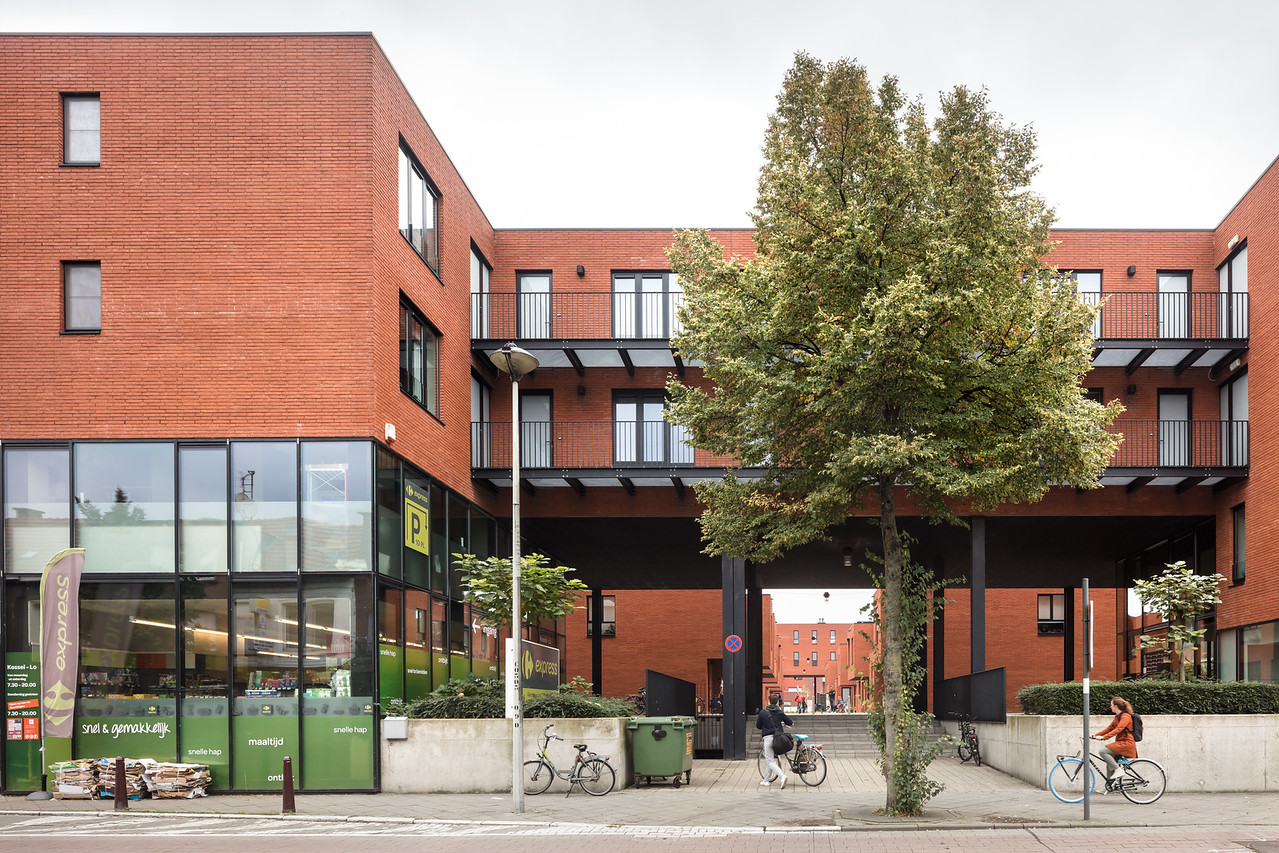 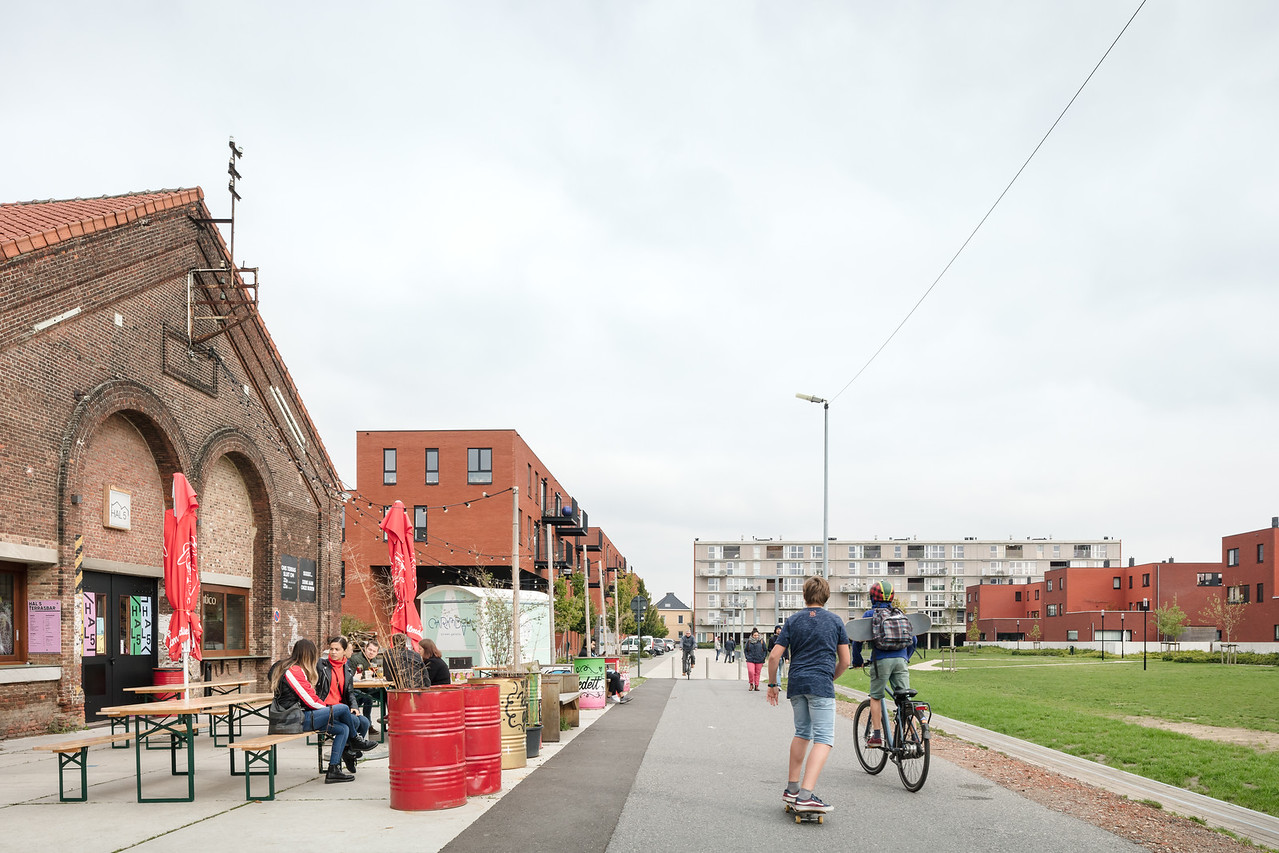 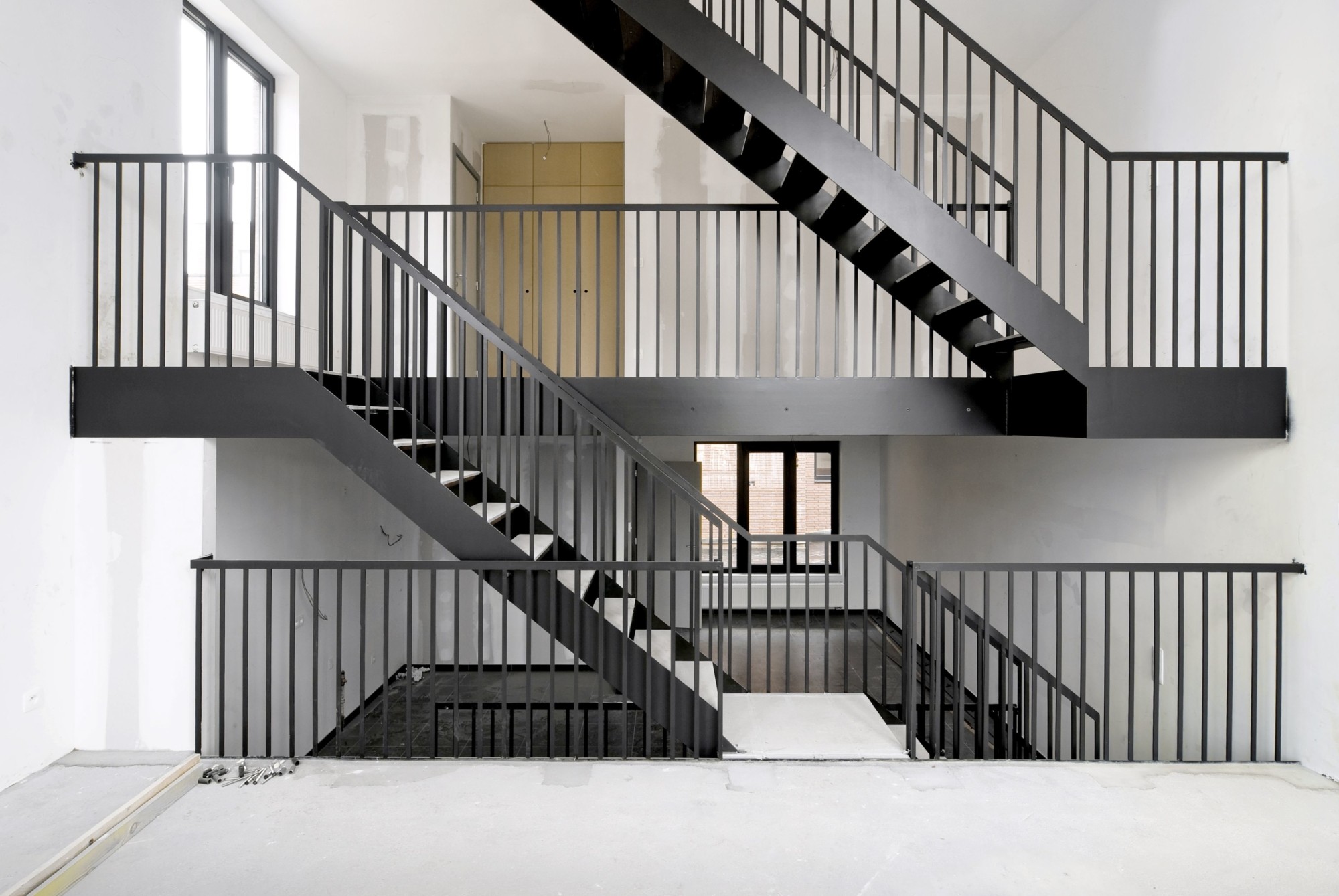 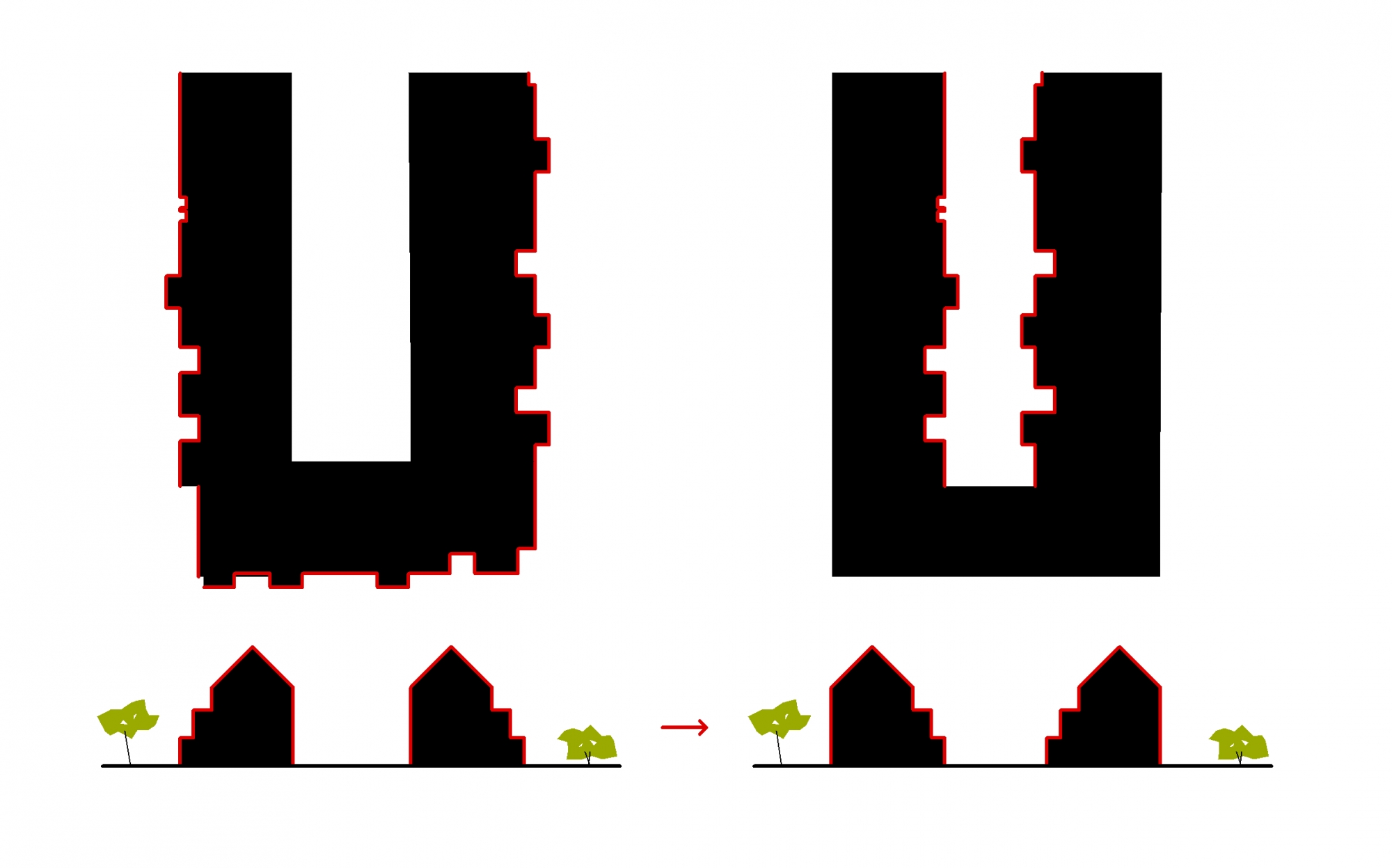 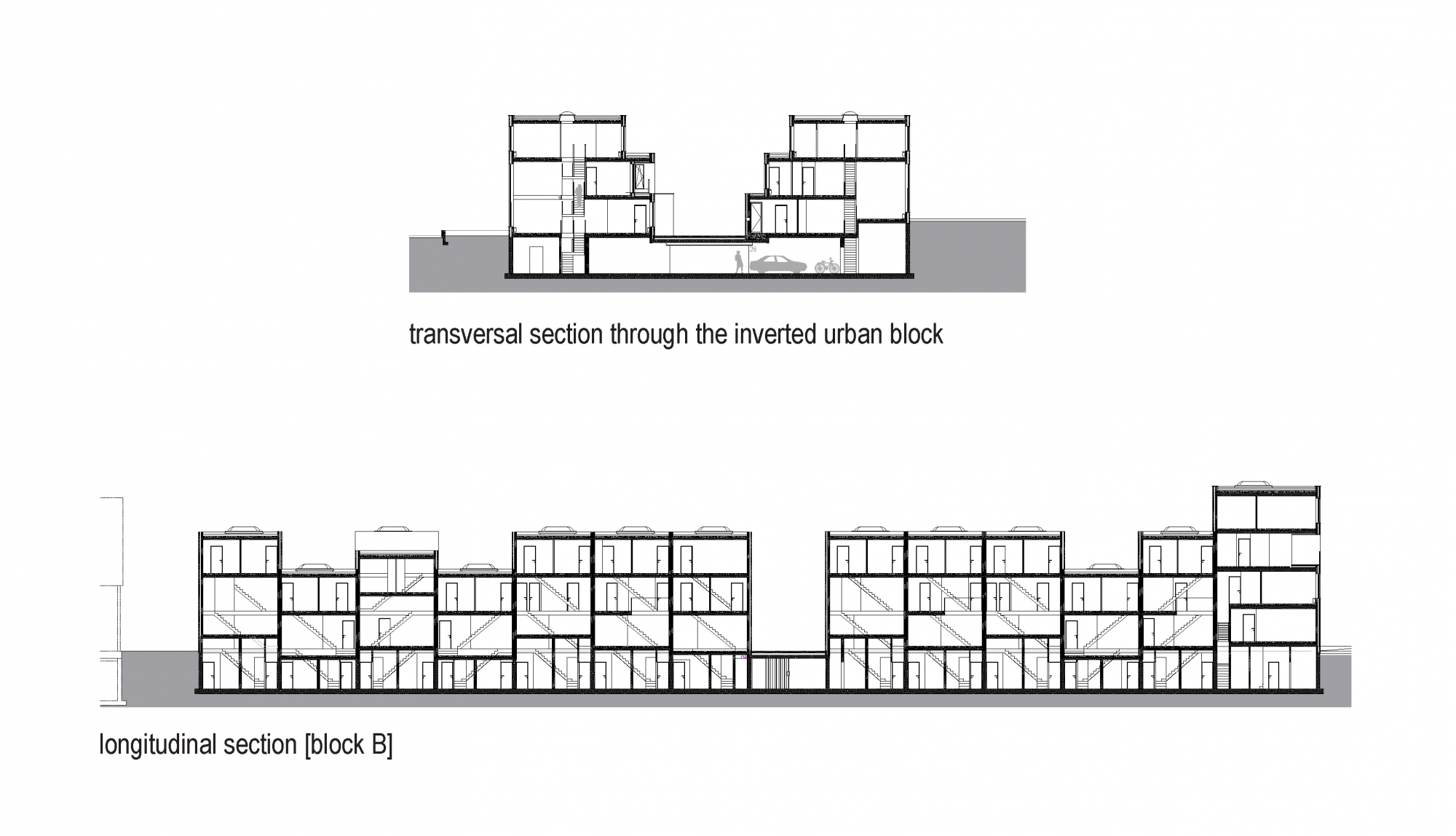 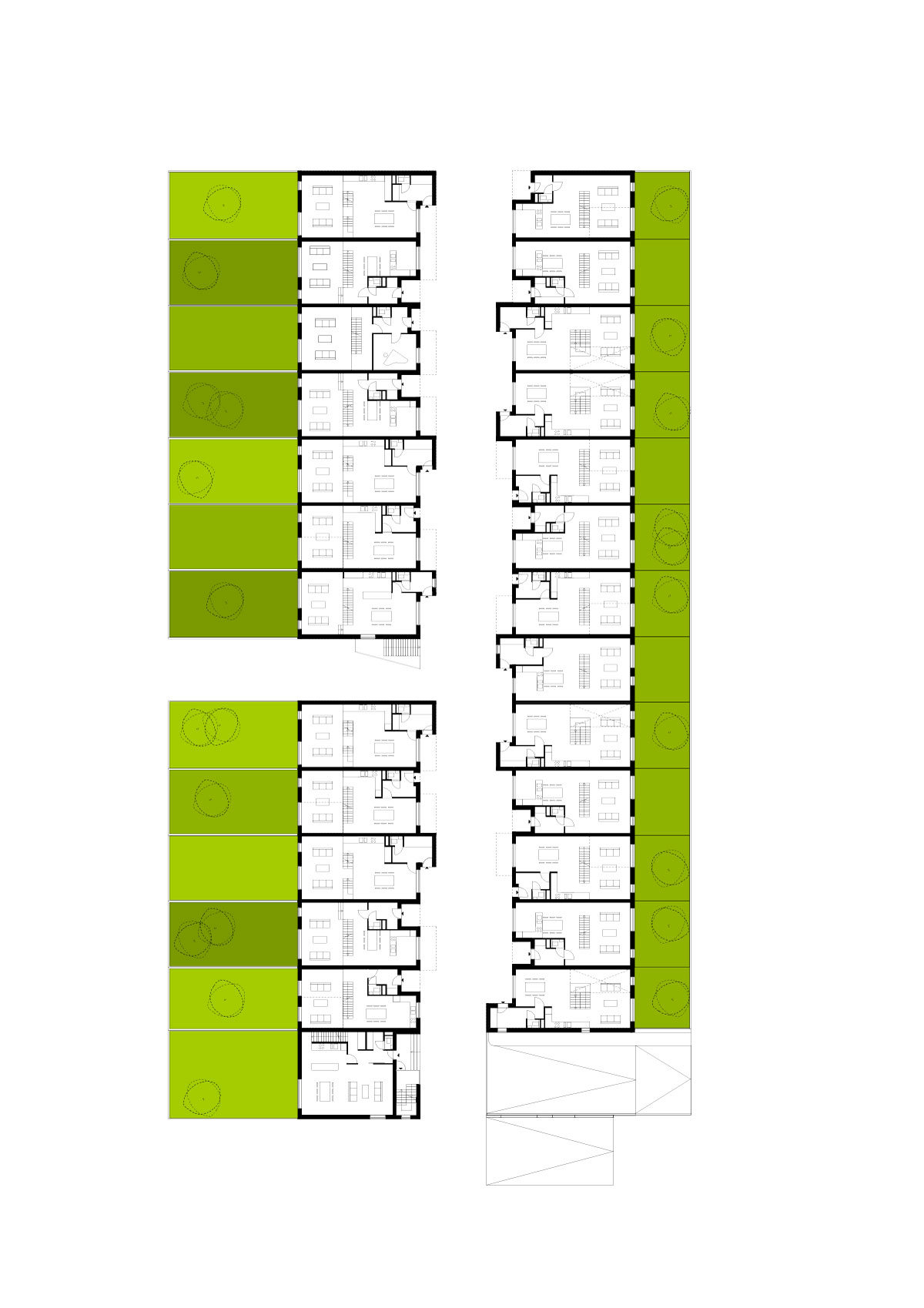 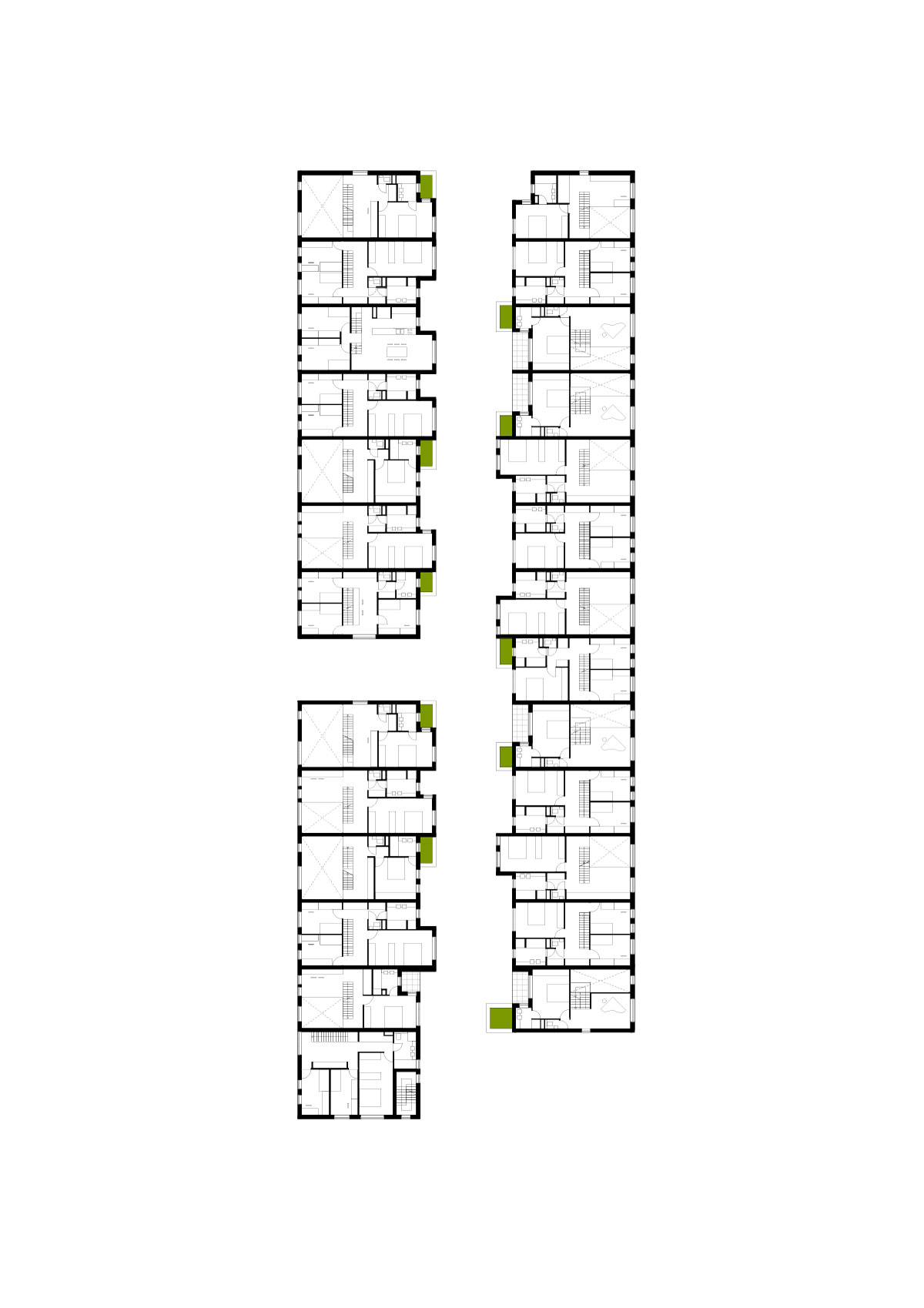 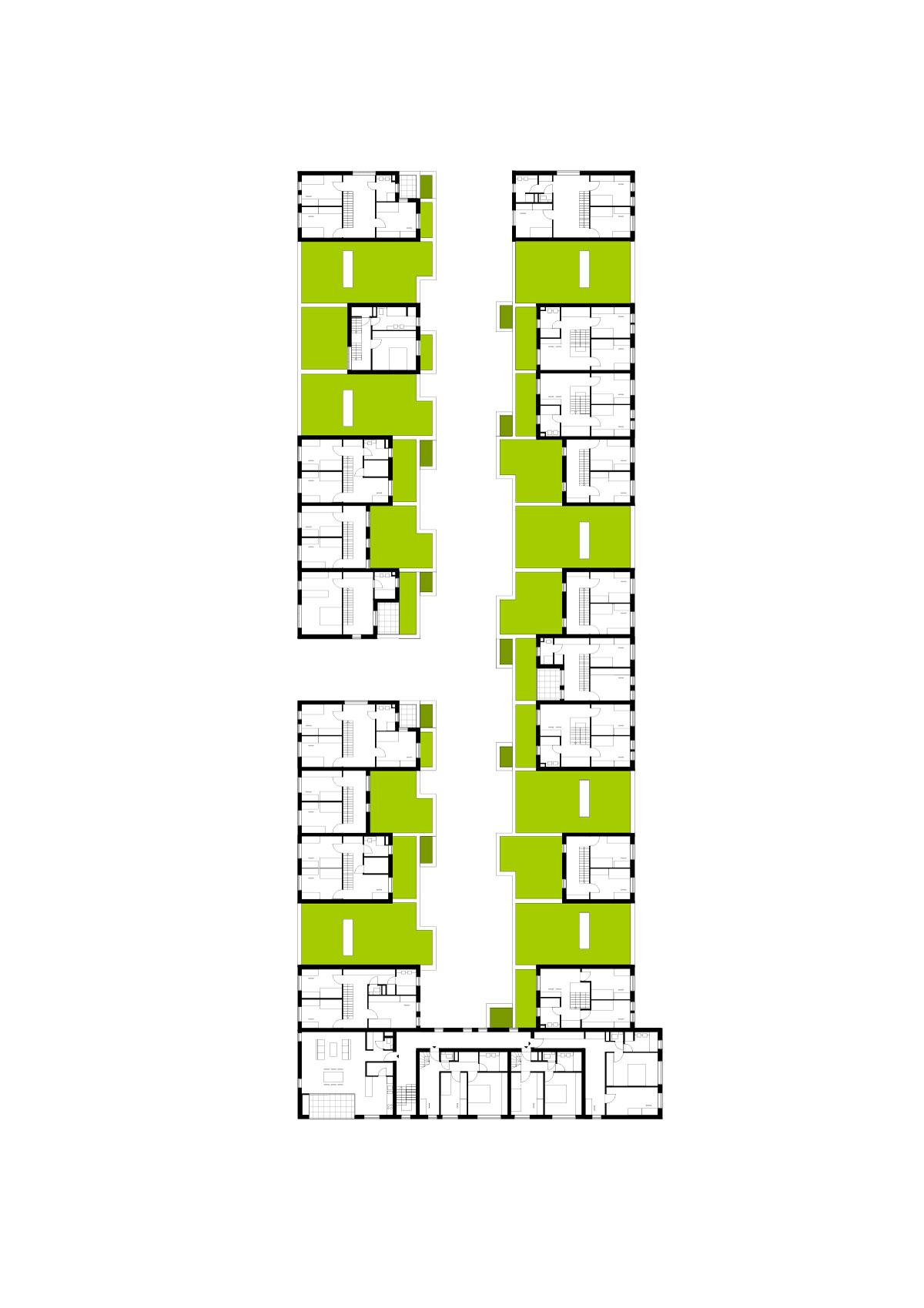 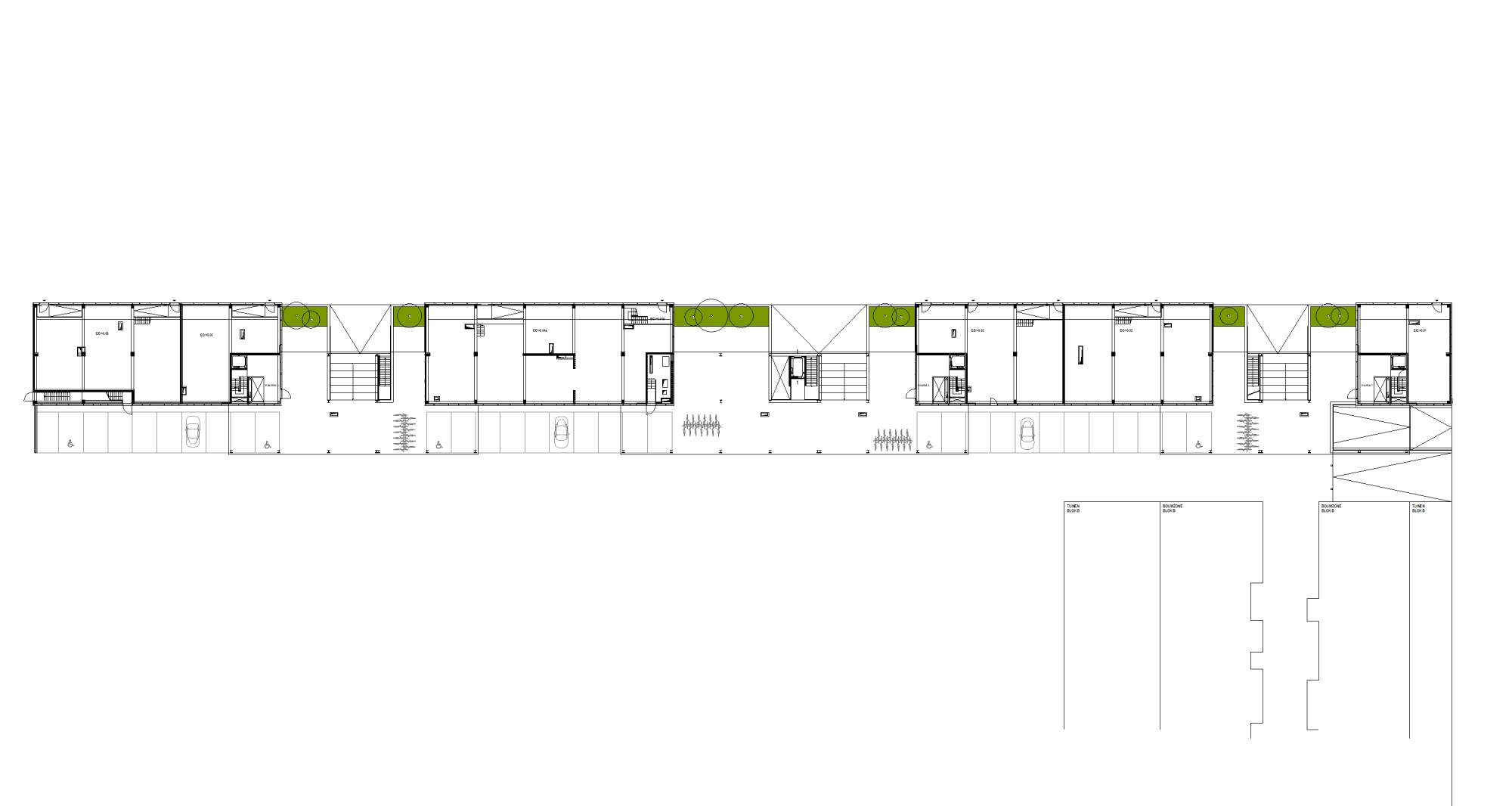 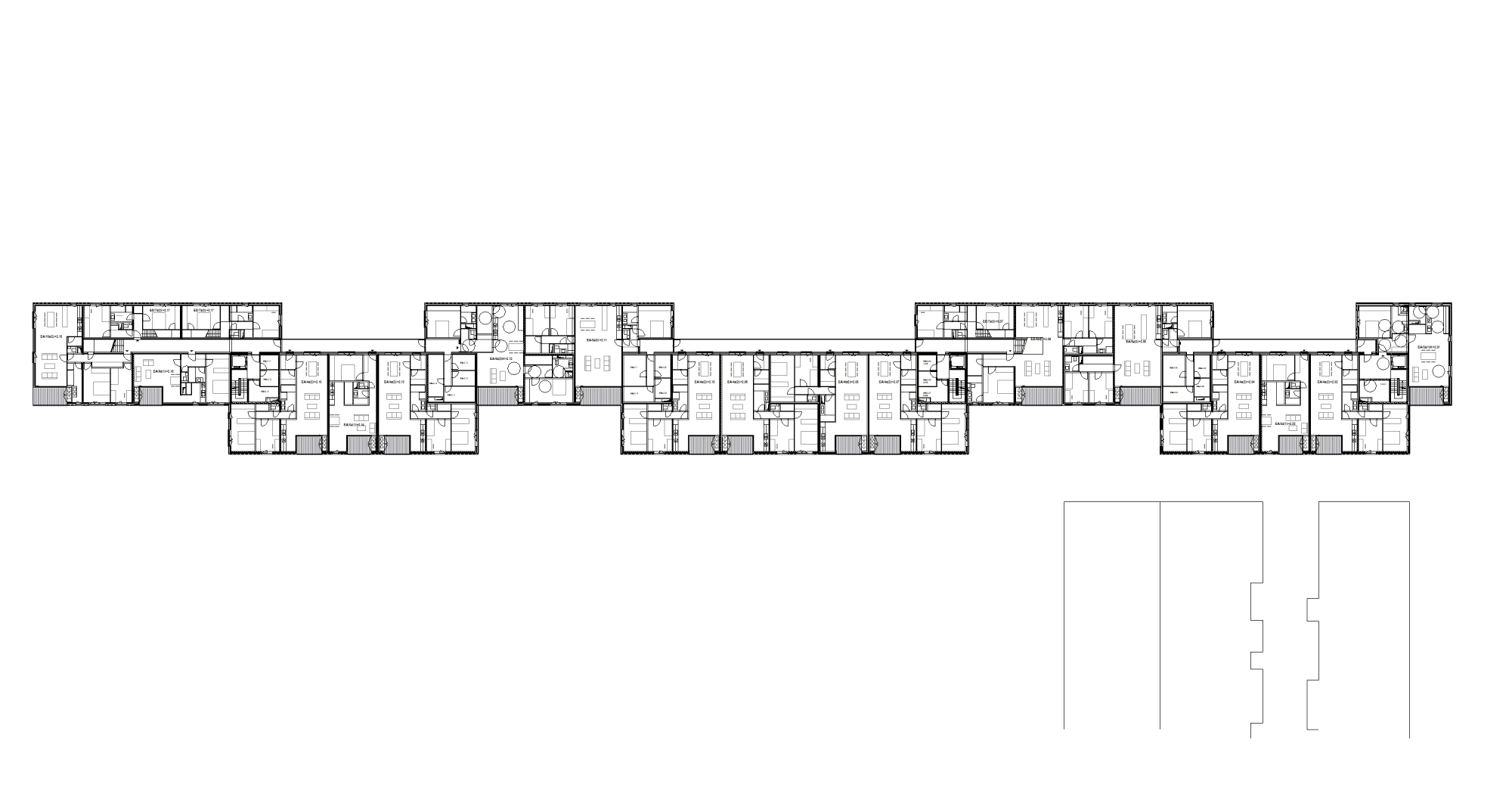 AWARDS Participation in the Day of Architecture 2013

Since the disappearance of the activity on the Central Railway Workshops, this part of Kessel-Lo was a walled, blind spot, an abandoned rest-area. The redevelopment of this site has the ambition to create a new centre for Kessel-Lo, but this should not mean the tabula rasa of the history of this place. Therefore we have deliberately chosen to start from the morphological features of the site and the historic workshops when conceiving the masterplan.

The former industrial site of the Central Workshops is, unlike the sloped surroundings, an artificial horizontal plateau rotated around a central east-west axis. The socle that had been generated on the side of Diestsesteenweg and Smidsestraat has been redefined and used as an element that structures the public space. By insisting on the definition of internal and external edges, and by introducing a controlled permeability to the surroundings, residential areas are created with their own scale and identity. Very different parameters have been taken into account: environmental factors, the future presence of public functions, the demand for commercial space, underground car park and an increased density of housing on the site (60 dwellings per hectare). By using all these constraints as a generator for the various housing types, a whole has been created, typologically very different from the surrounding tissue, and radiating simultaneously a major organisational and spatial evidence. In other words, the space can be read in a logical way, but it is not obvious: organised complexity and individuality made the emergence of a new neighbourhood possible.

By conceiving the new volumes as a reinterpretation of the historic industrial buildings, we have obtained a morphology with similar qualities. On the three residential streets, the typology of the classic urban block has been turned inside out: the gardens – which are normally situated in the inner area – have been placed outside the block, while the street has been situated in the inner area of the urban block. As a consequence, the houses are oriented with their unique individual and fragmented facades (typical for the back side of a traditional Belgian house) towards the street, while the facades oriented towards the gardens are tightly aligned in one plane. Along the street, the high diversity of housing types is visible and the occupants can easily identify their own home. Along the main road, the 180 meter long northern block has been fragmented by recoiling parts which are an echo of the residential streets behind it.