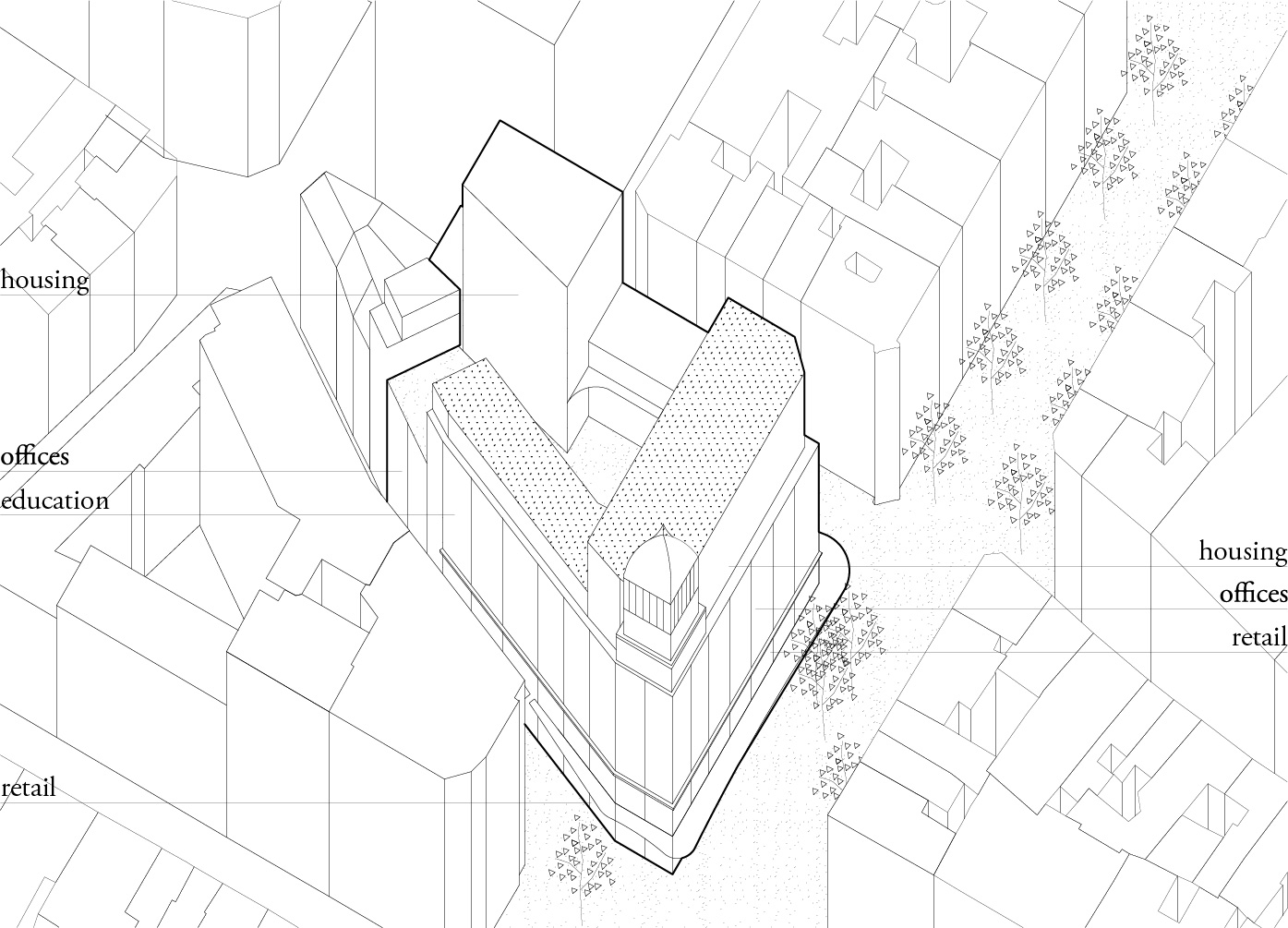 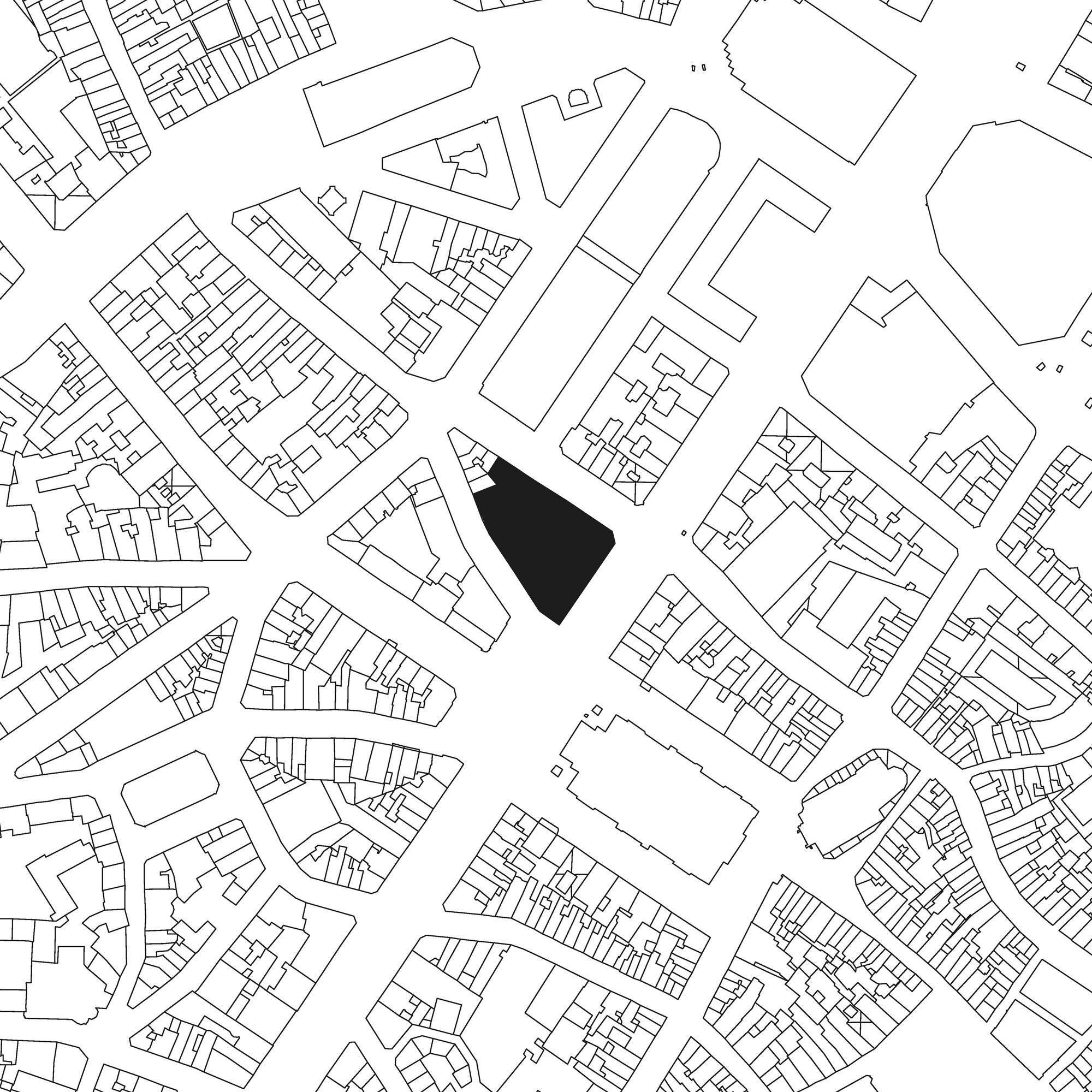 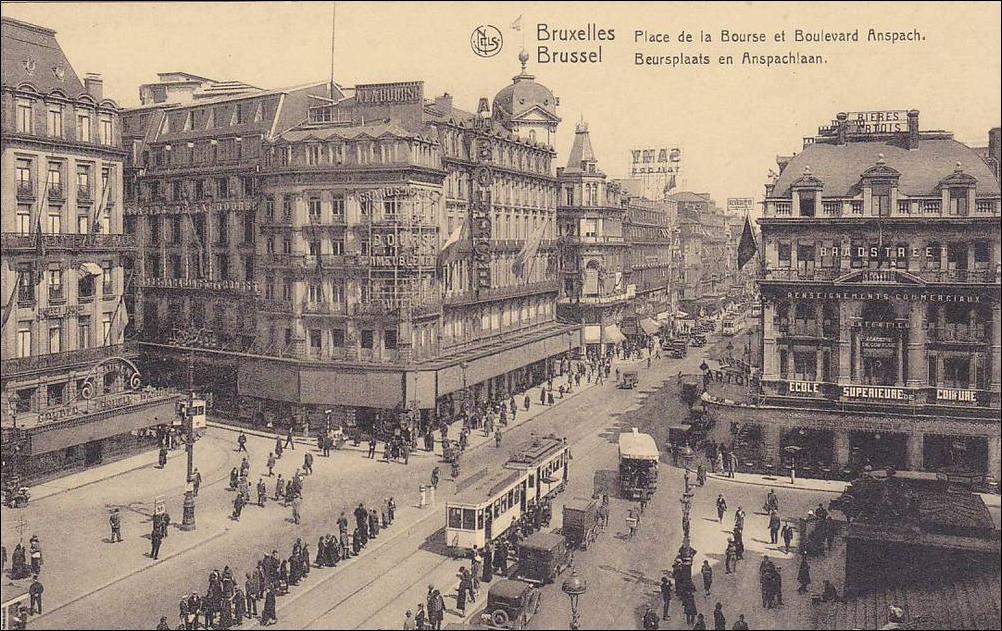 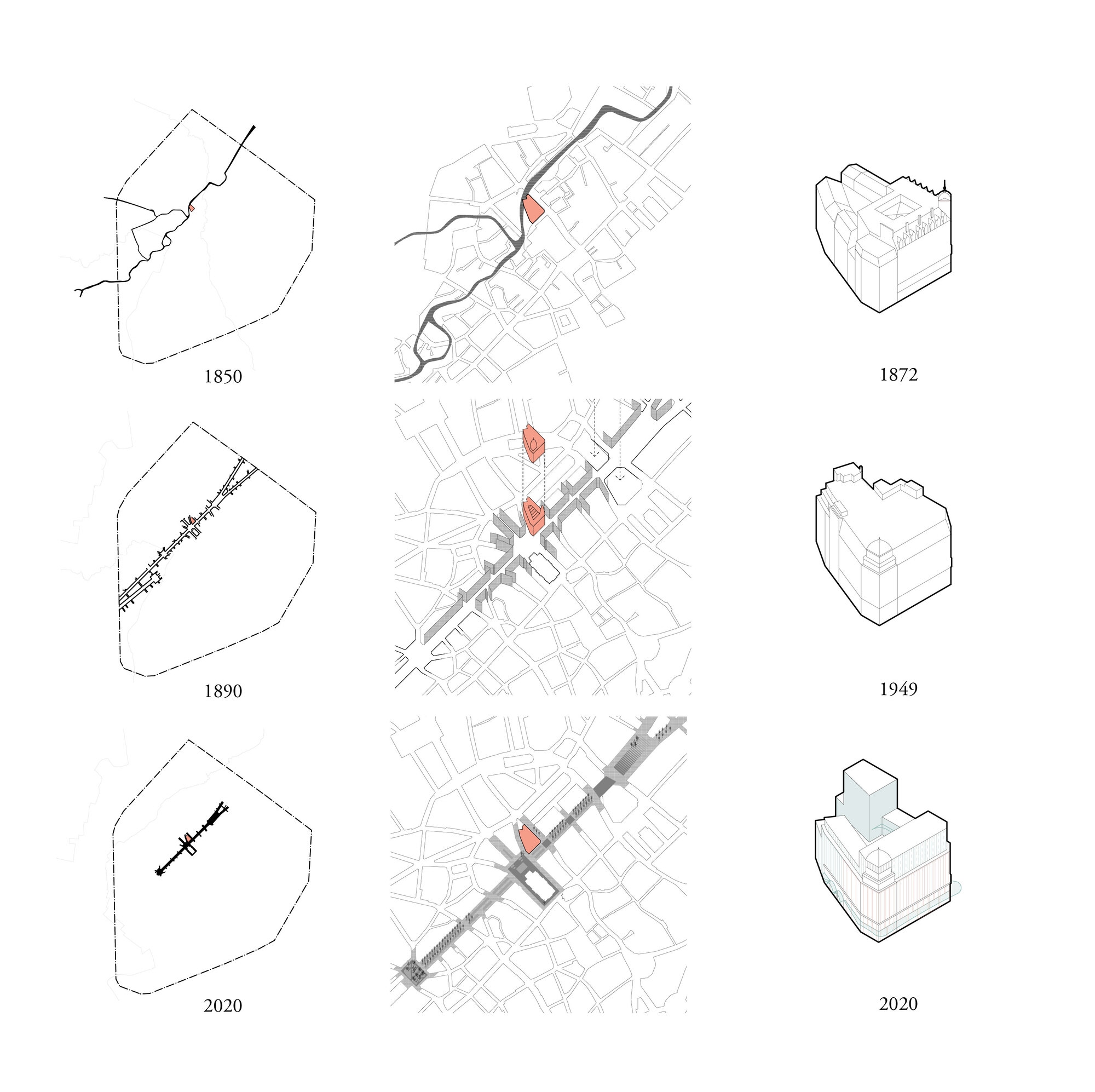 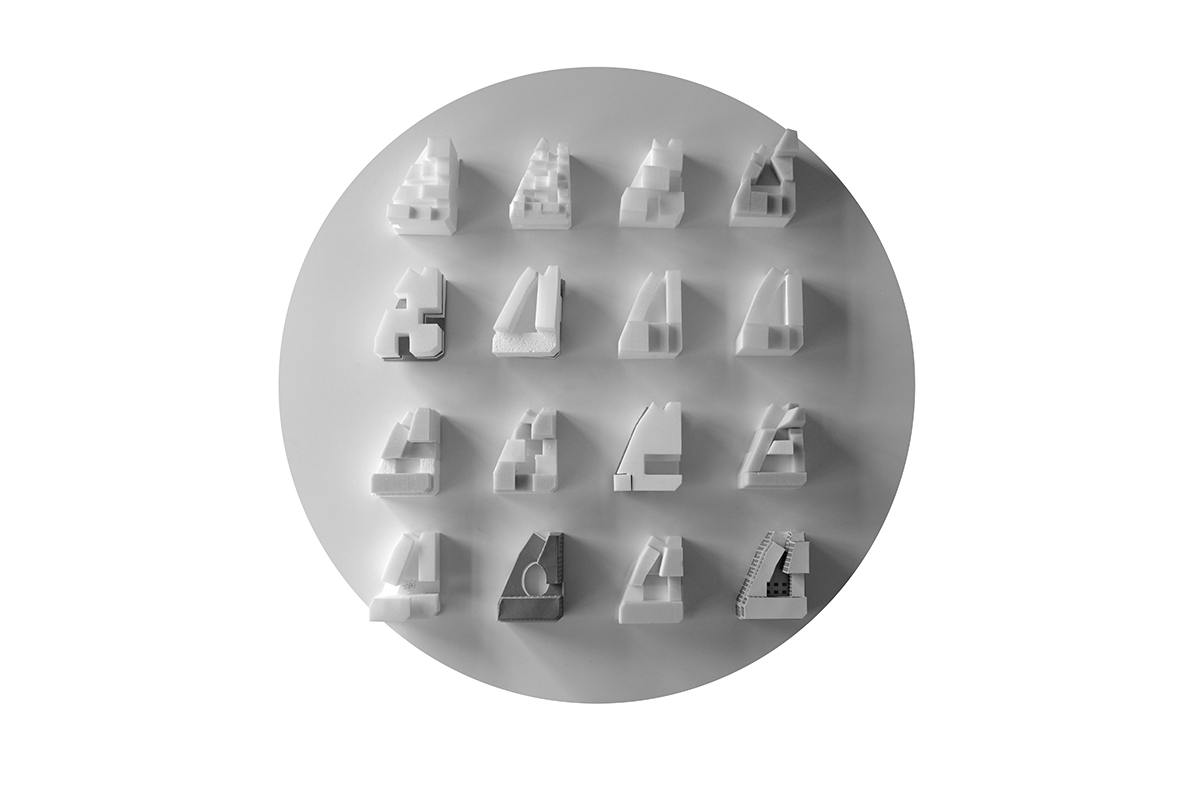 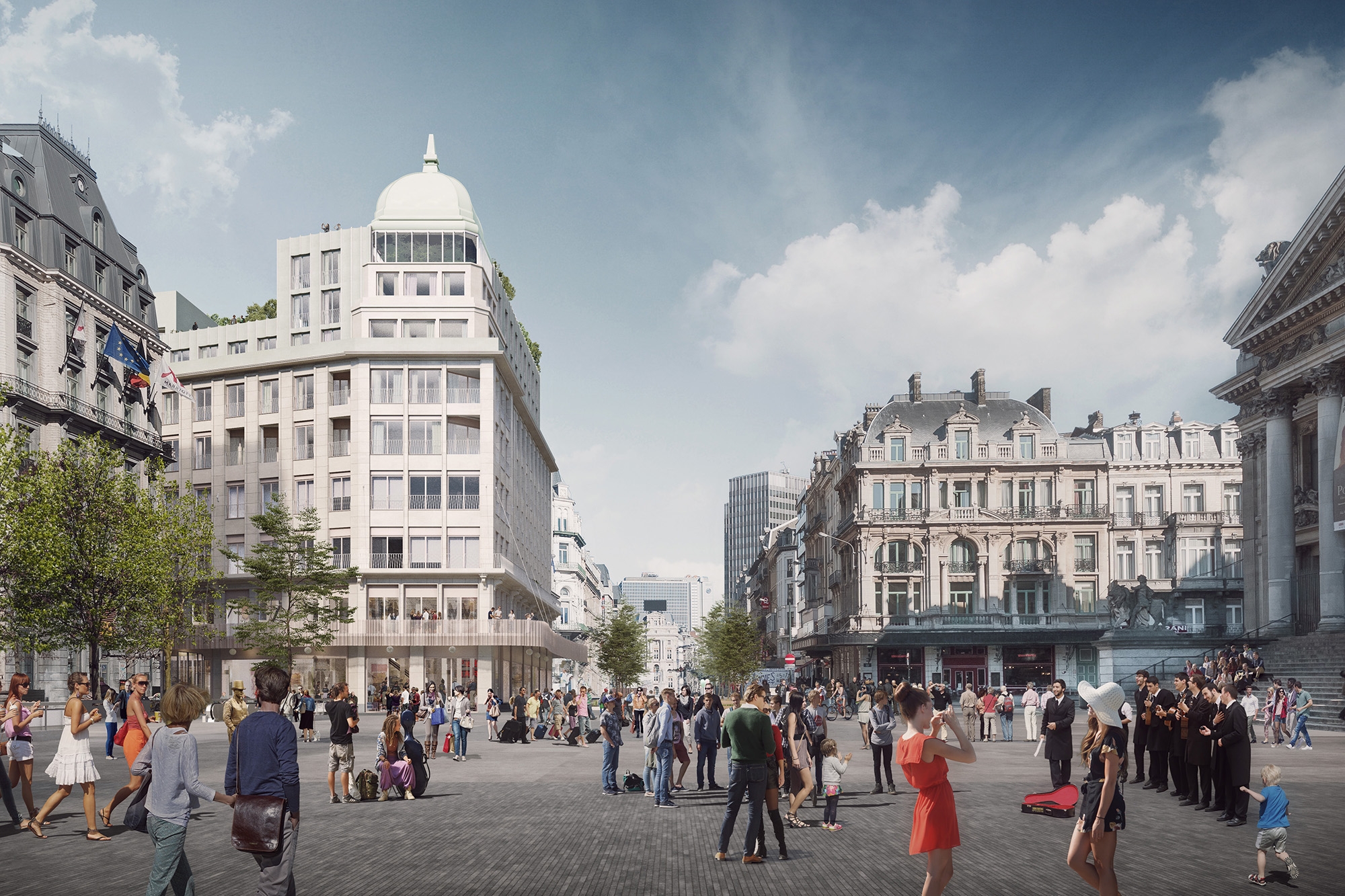 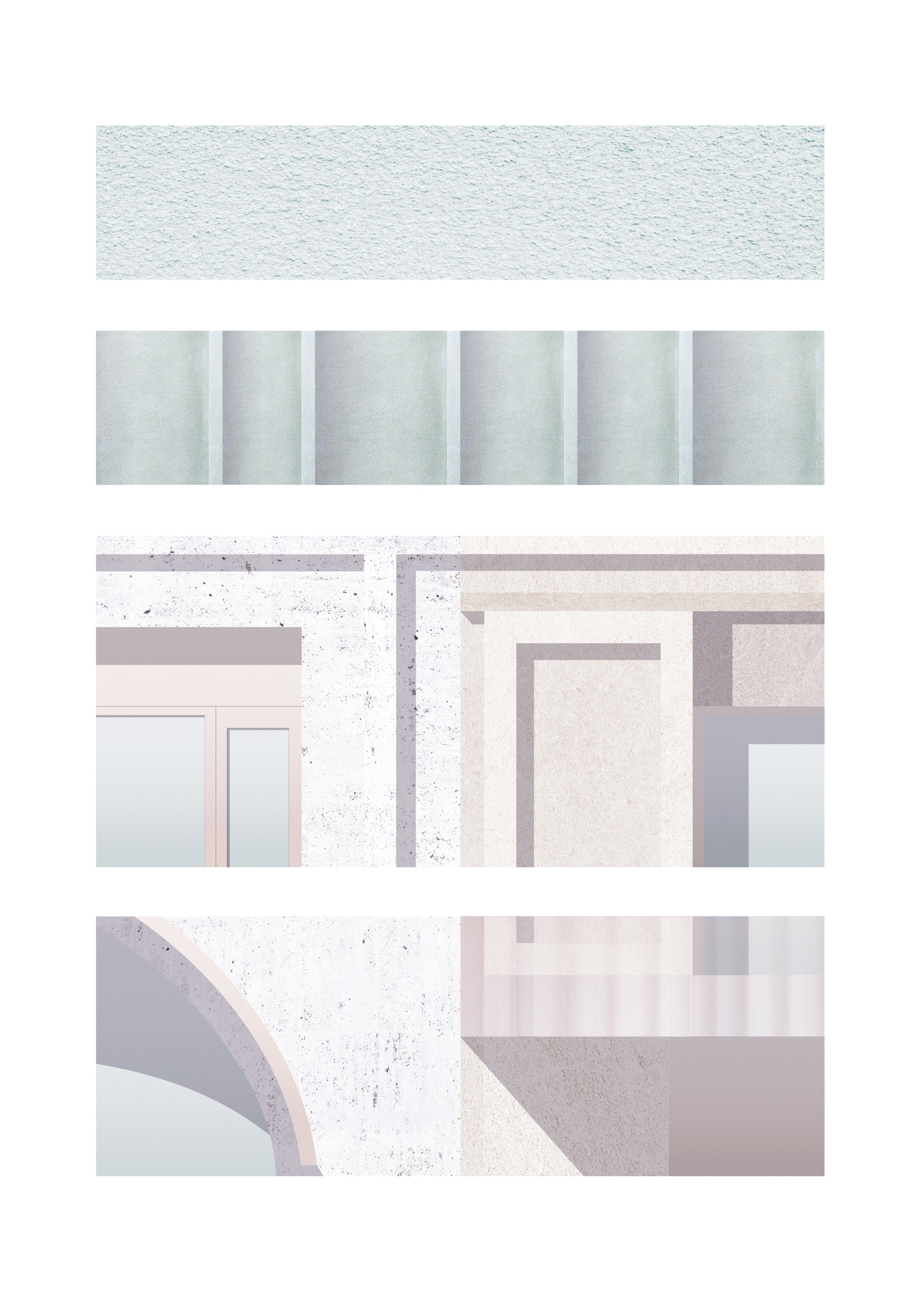 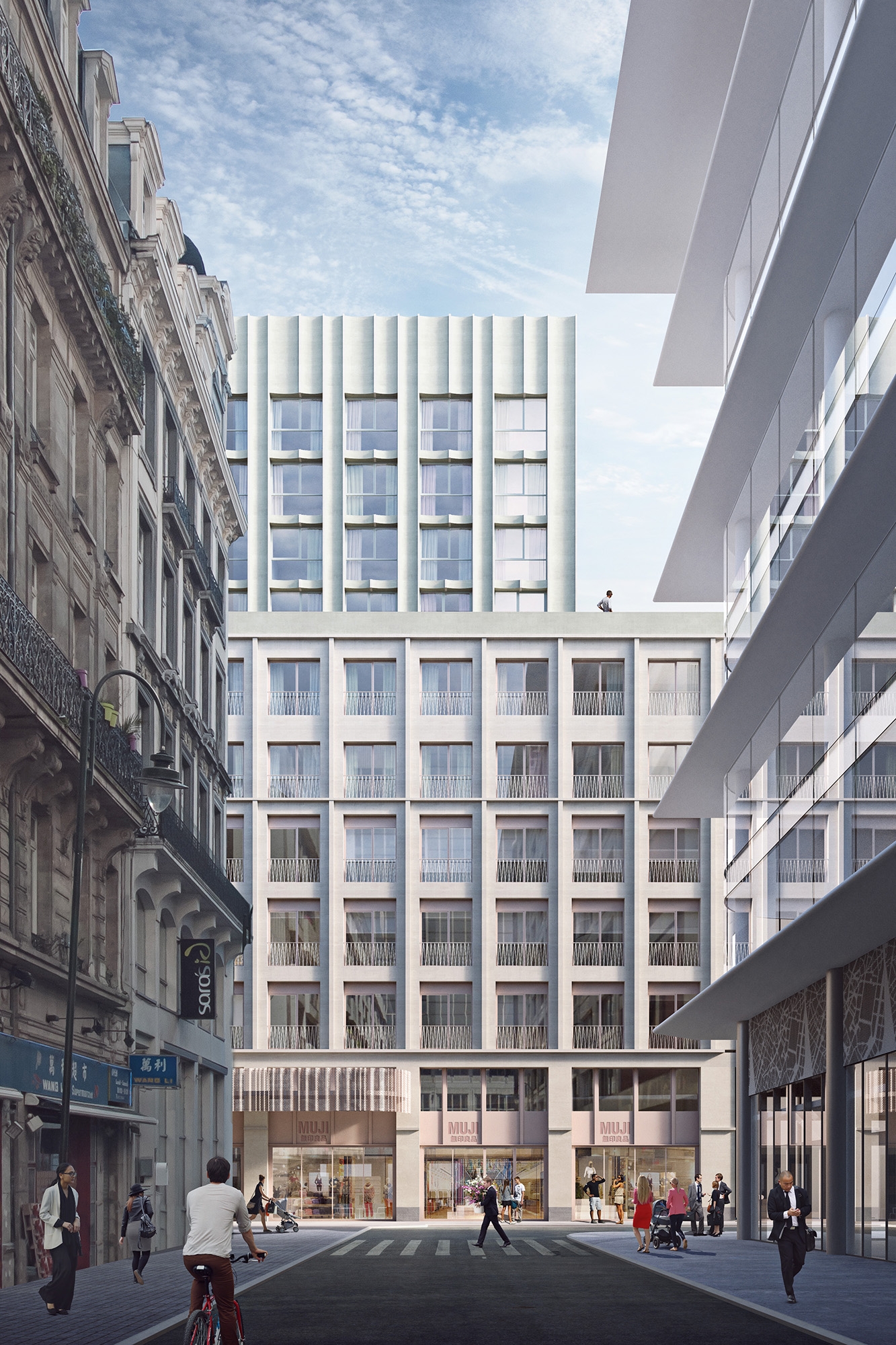 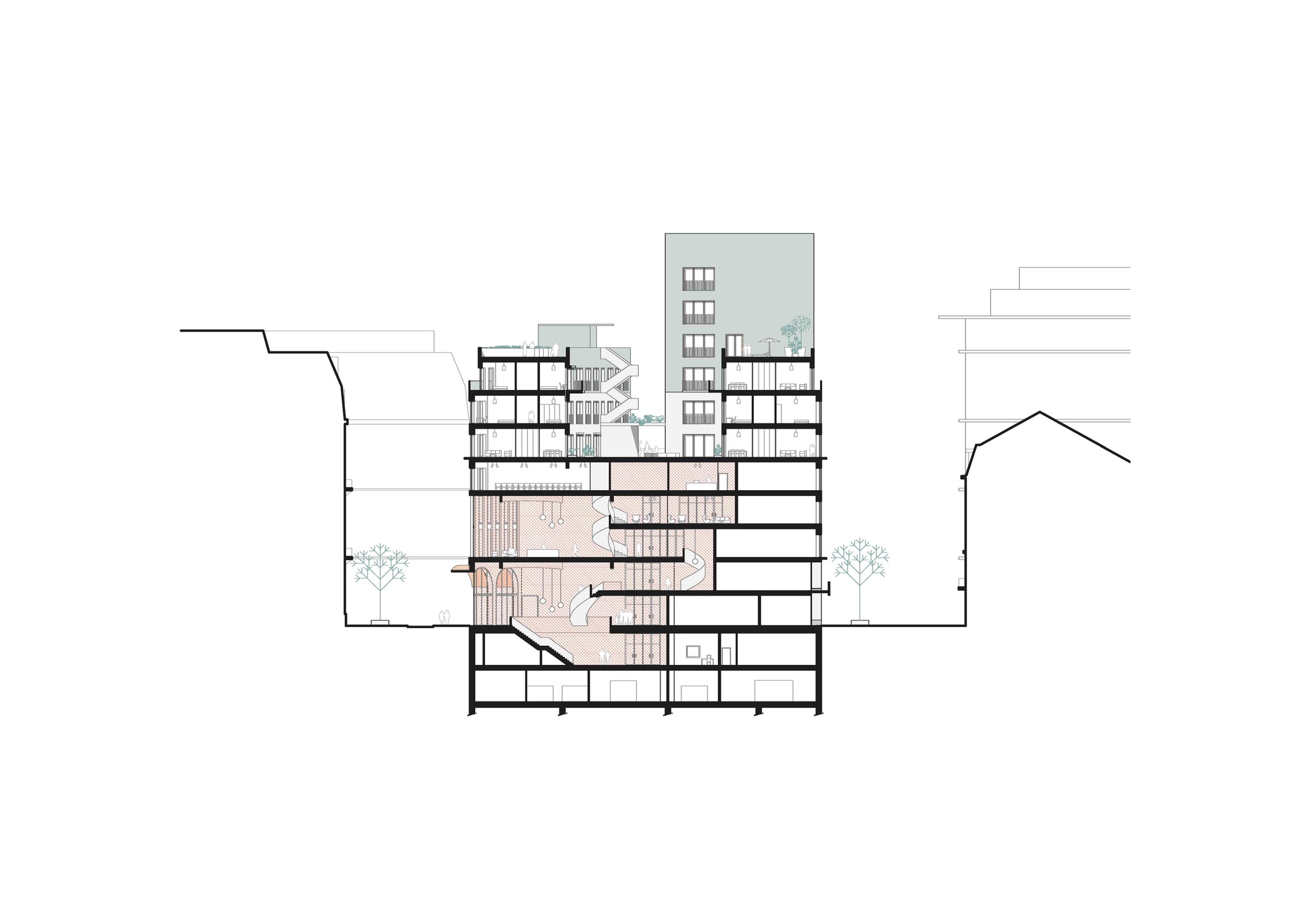 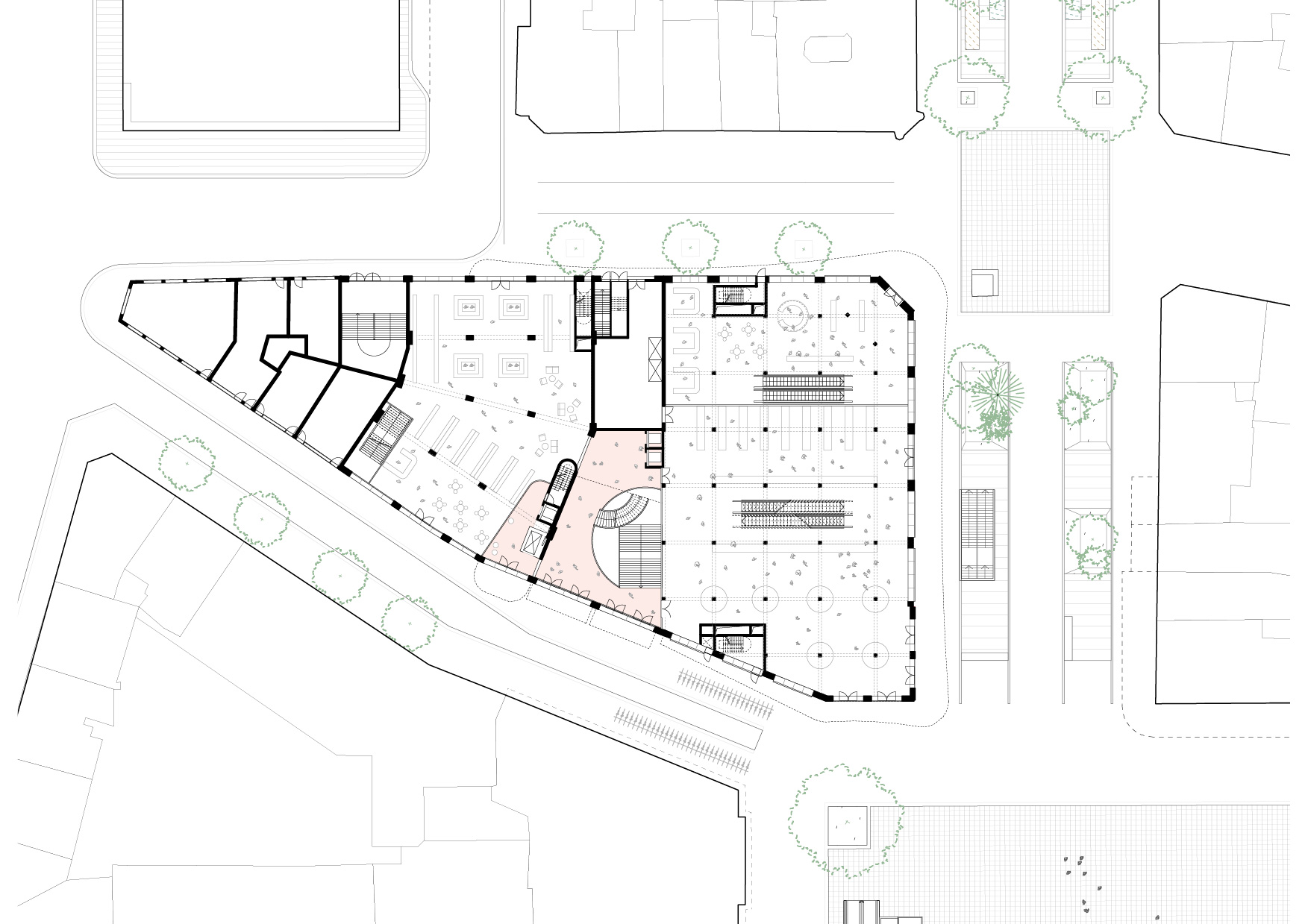 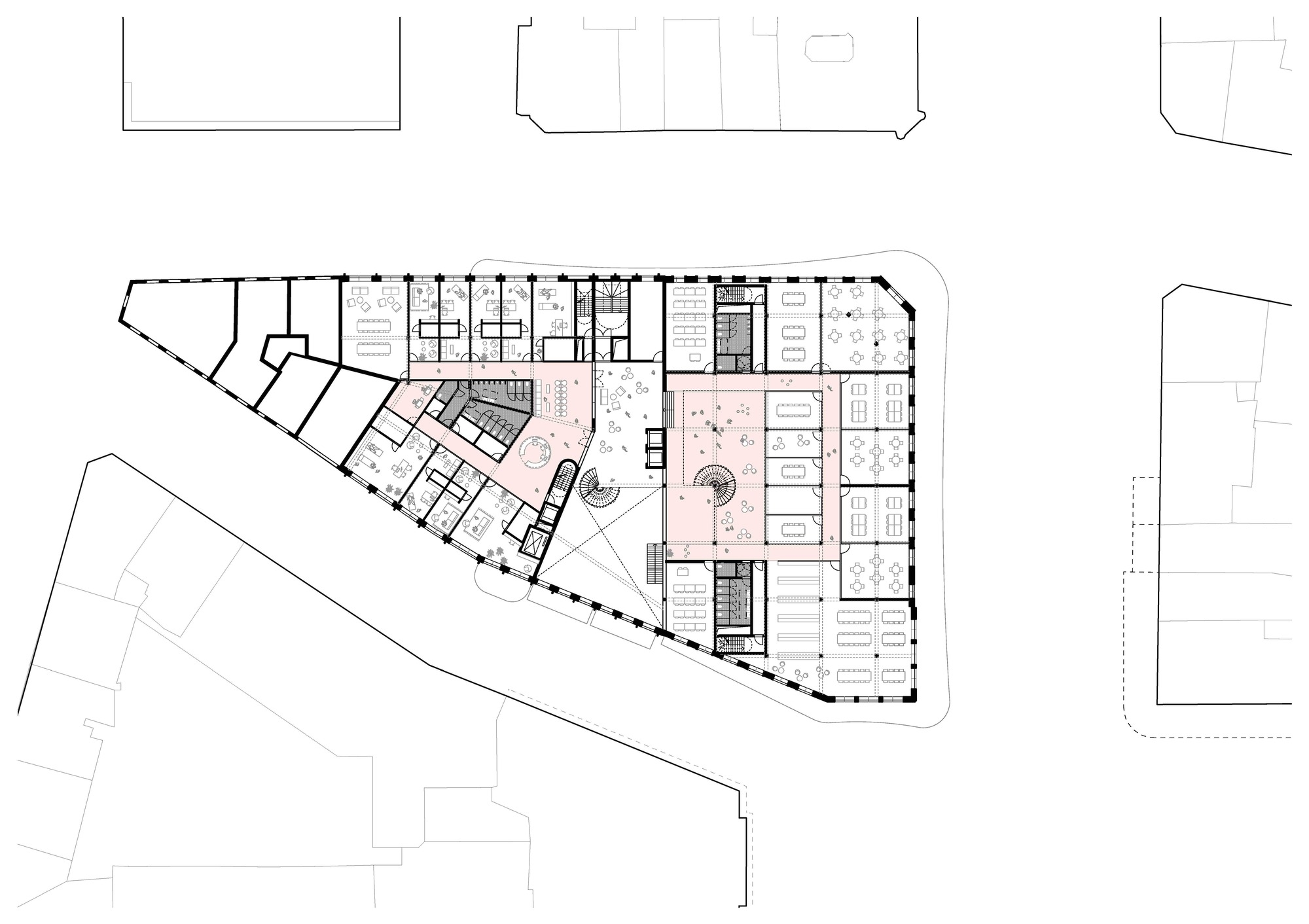 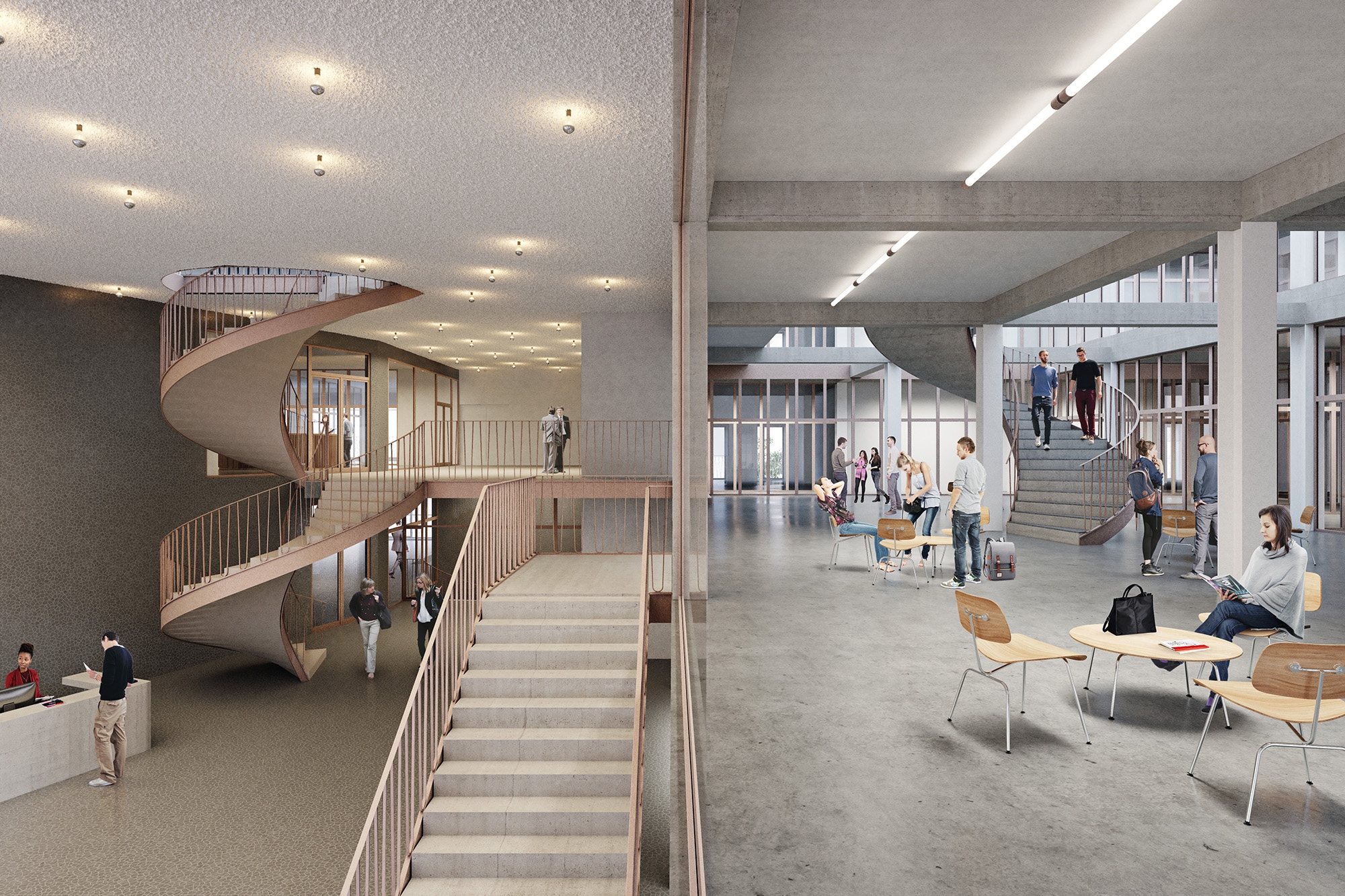 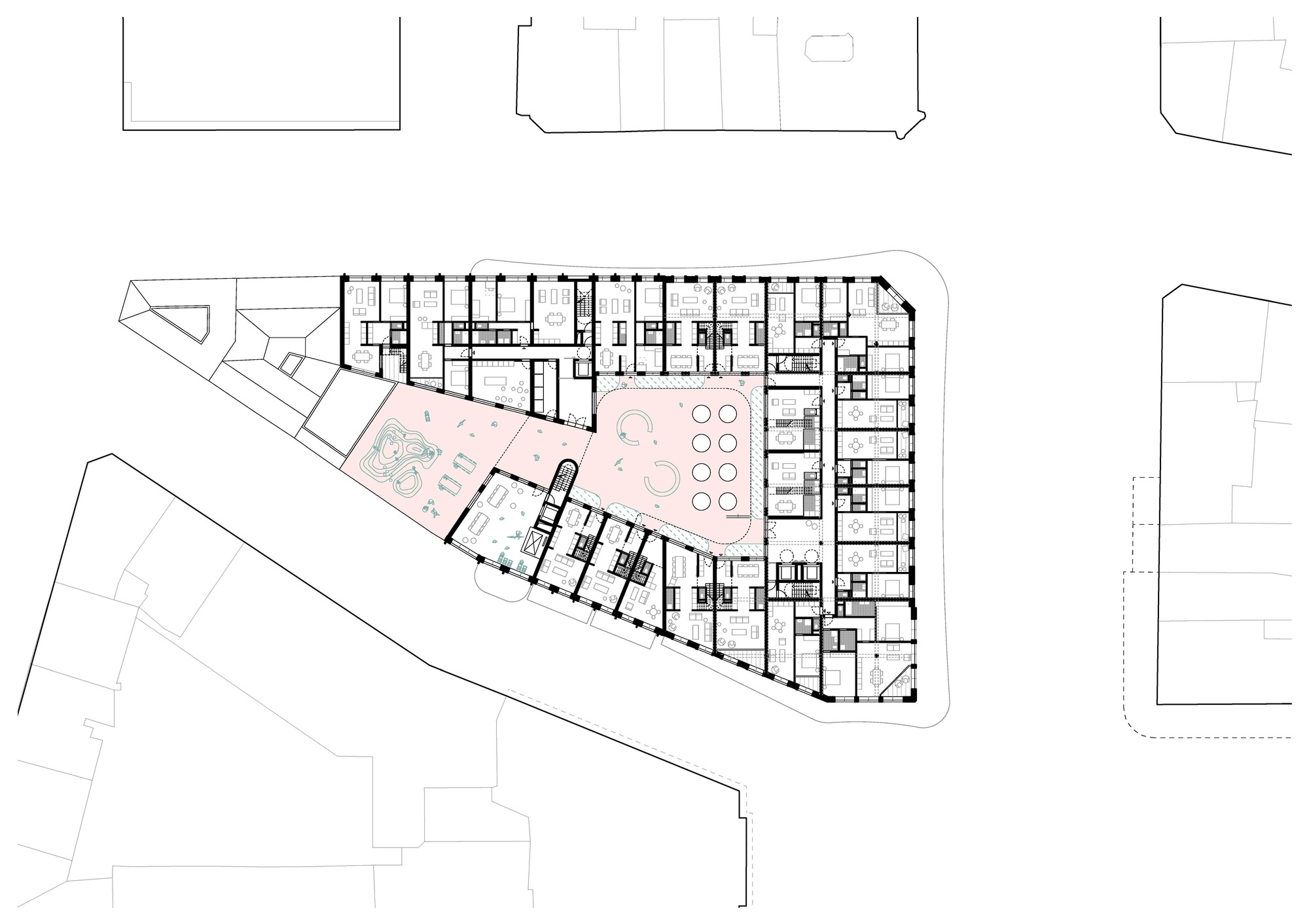 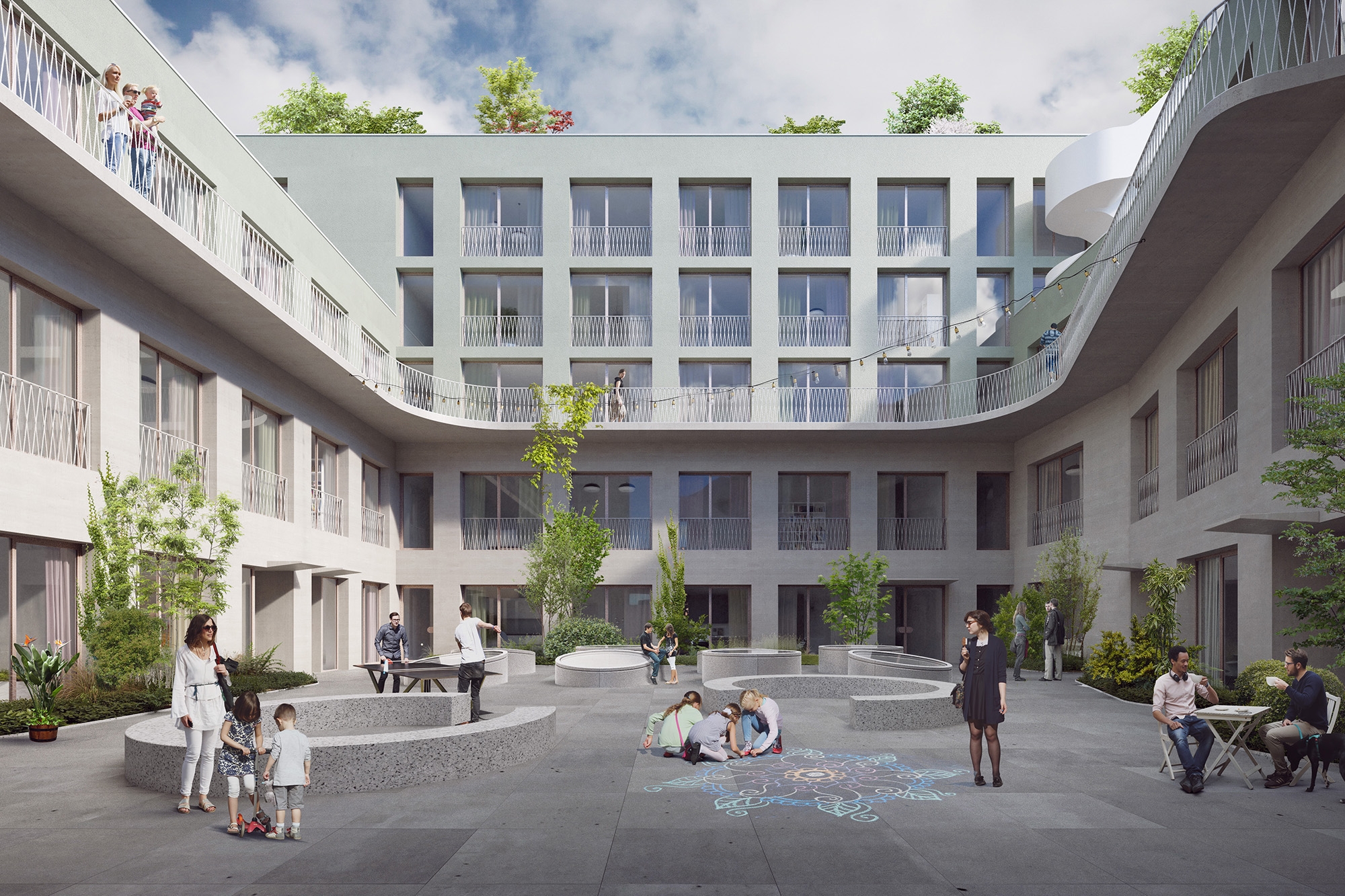 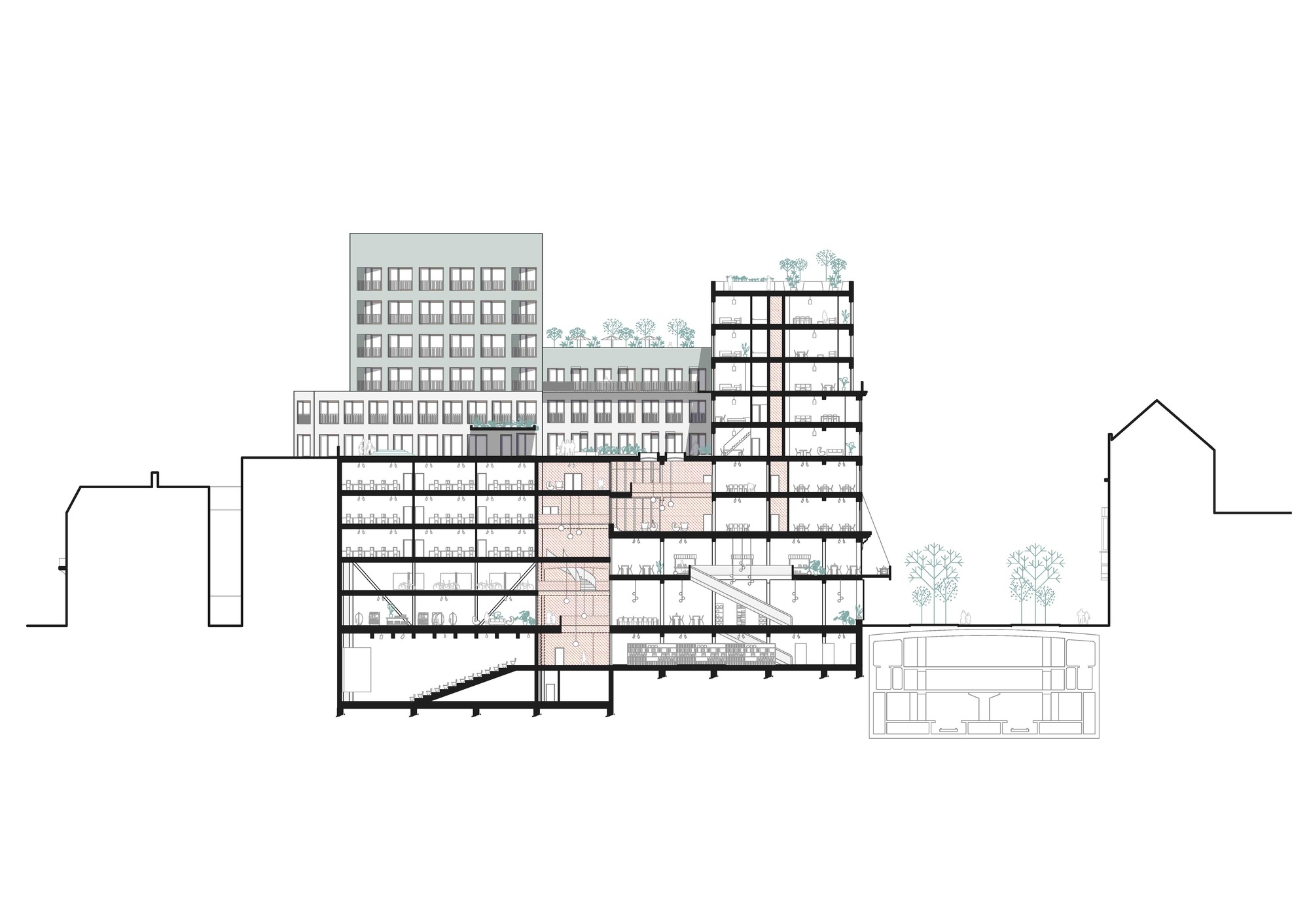 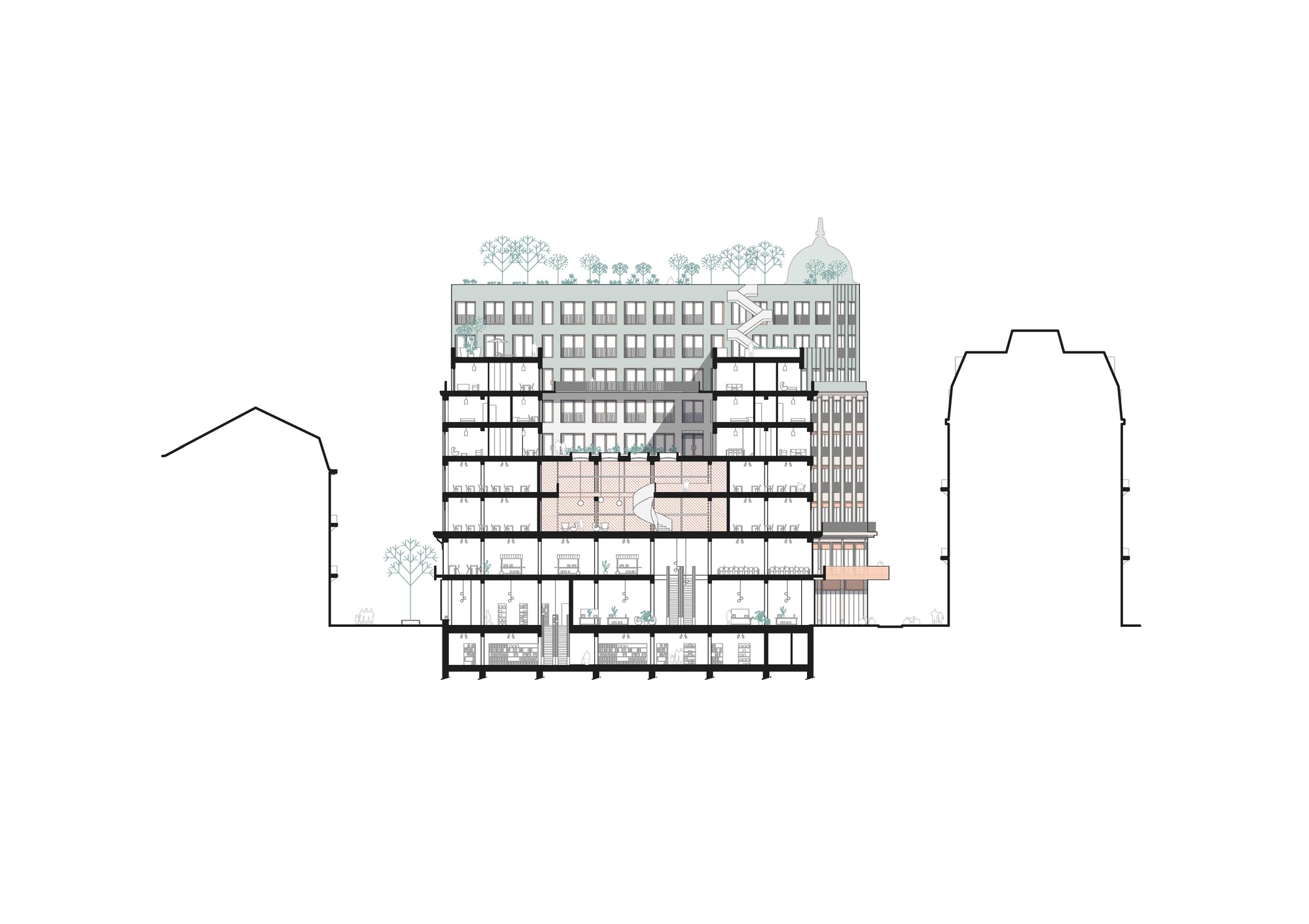 The former Grands Magasins de la Bourse of Brussels, on Anspach Boulevard, are a witness of the history of the city centre. They constitute an architectural palimpsest which embodies the many changes that occurred in the city overtime, from the canalization of the Senne and the Haussmannian perspective to the more recent pedestrianization of the neighbourhood. The result is a complex collage, only waiting to be revealed. Hence our renovation proposal aims to tell the story, and to add another layer to the history of the building.

This attitude is both reflected in the programmatic infill of the project and the resolution of its materiality. Within the large volume of the the former department store, the new program is organised in 3 main areas. Cultural and commercial activities take place at underground, ground and first levels. They constitute an extension of the public realm and offer visual and physical porosity through the block.
The middle levels host educational functions, such as the Erasmus Hogeschool. They are organised around a large atrium which brings natural light in the depth of the plot.
The project is also home to 78 housing units. They take place around a central patio. The latter constitutes a quiet oasis in the middle of this dynamic urban context.

The envelope of the building consists in the juxtaposition of existing and new features. They compose a subtle collage which, by addition and subtraction, reveals the many chapters of the history of the building.