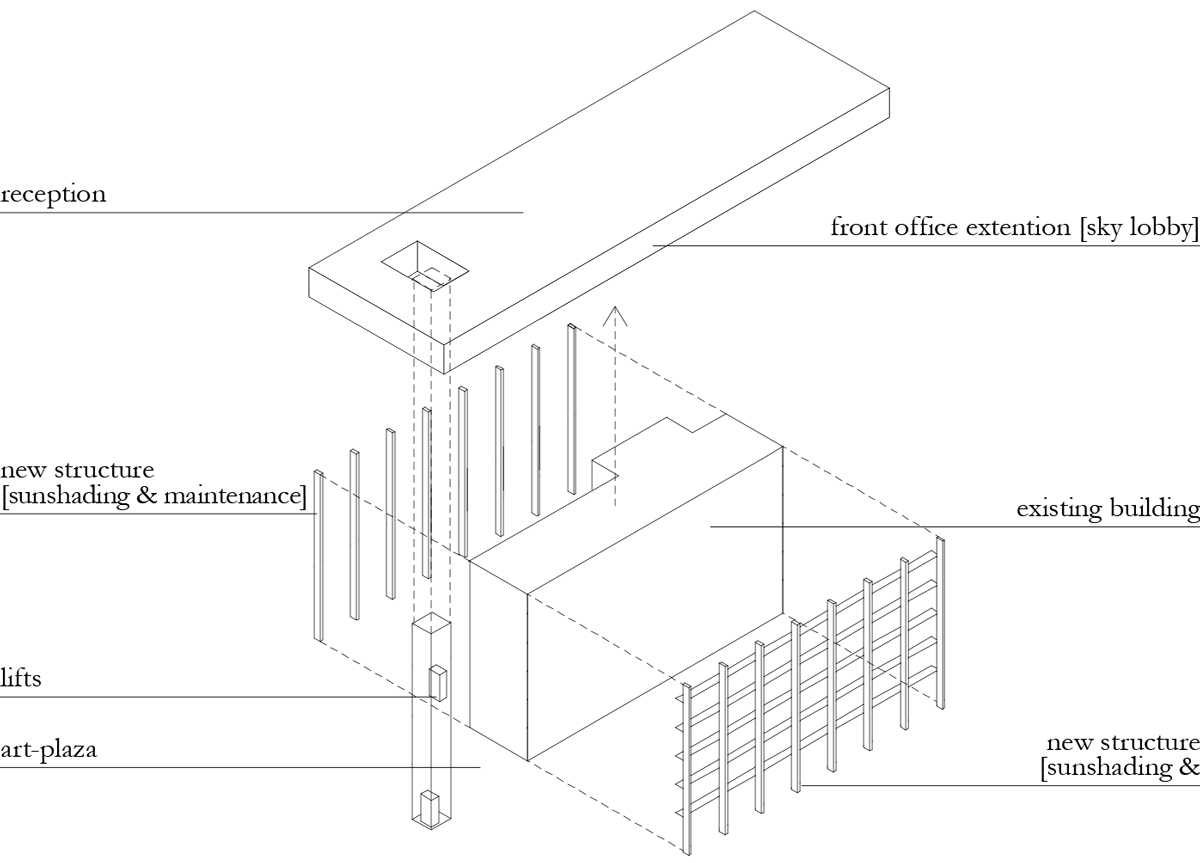 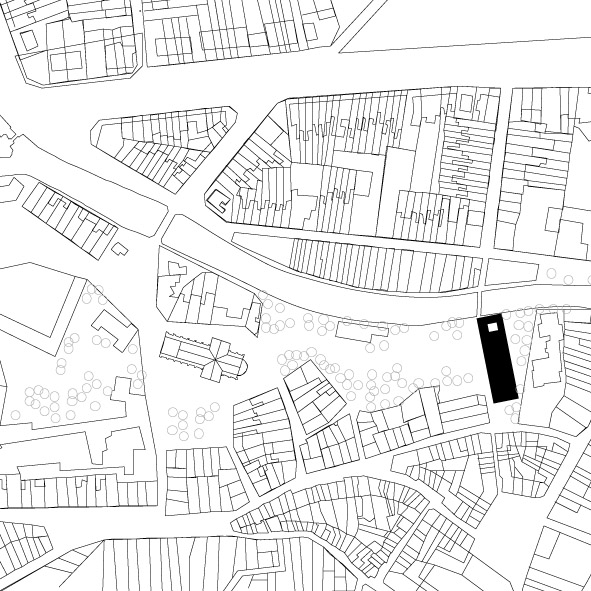 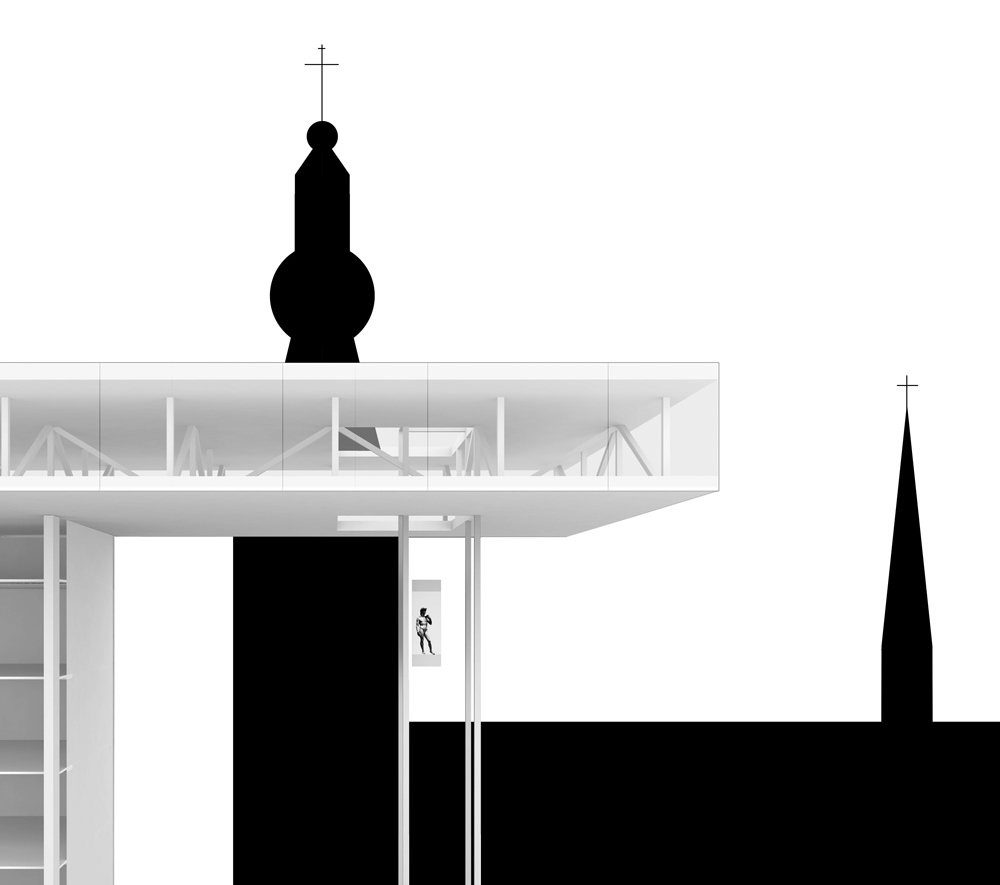 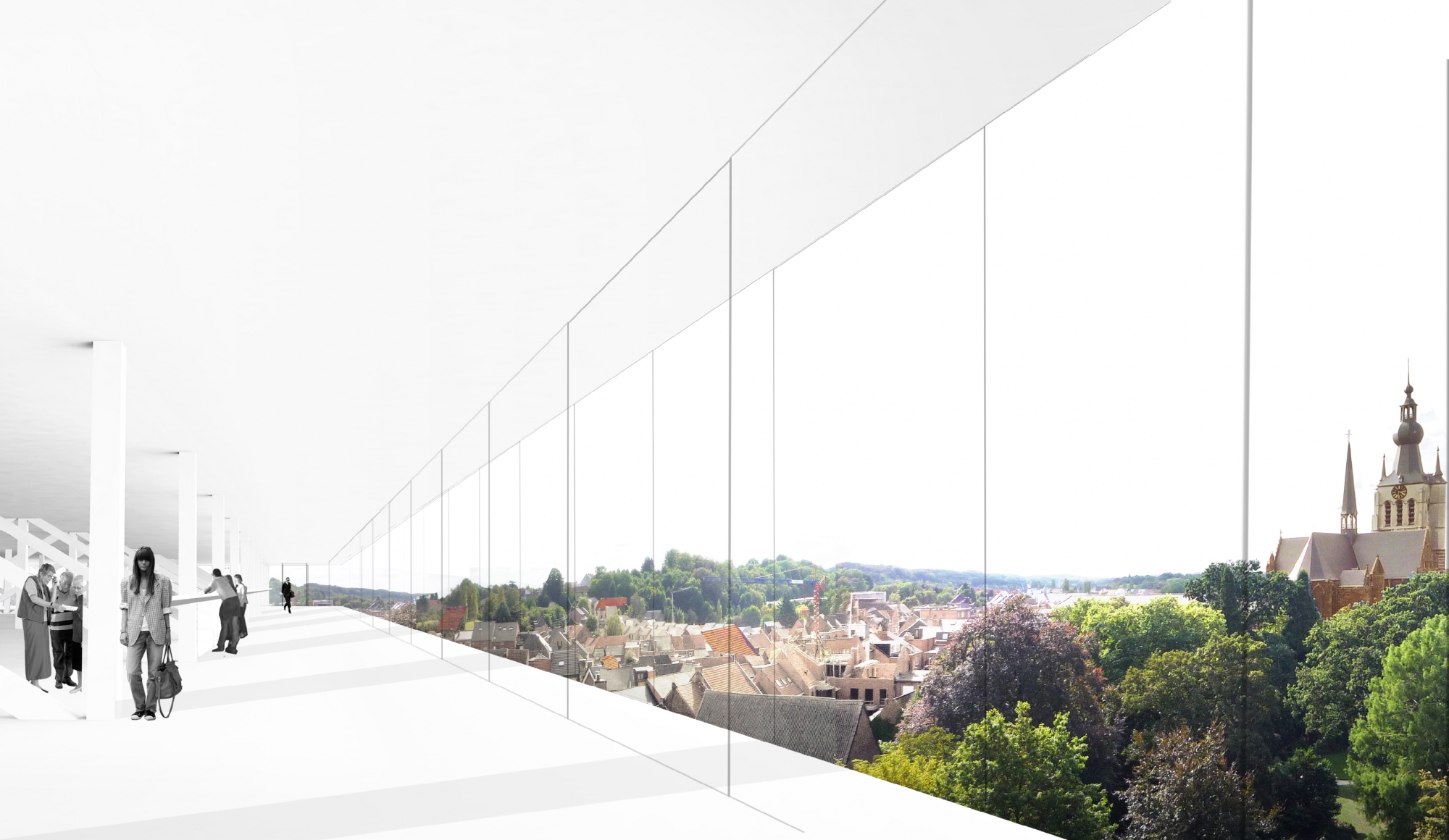 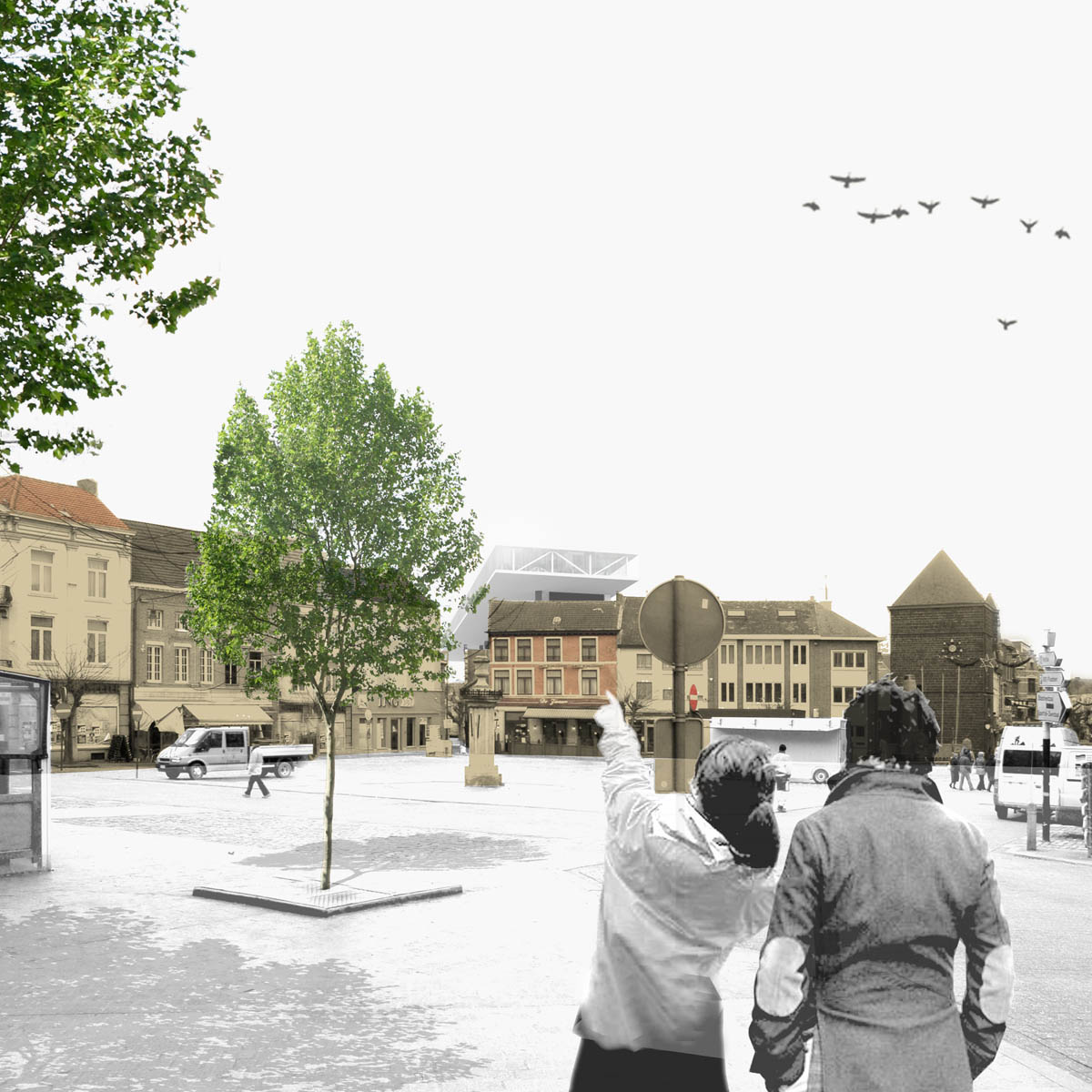 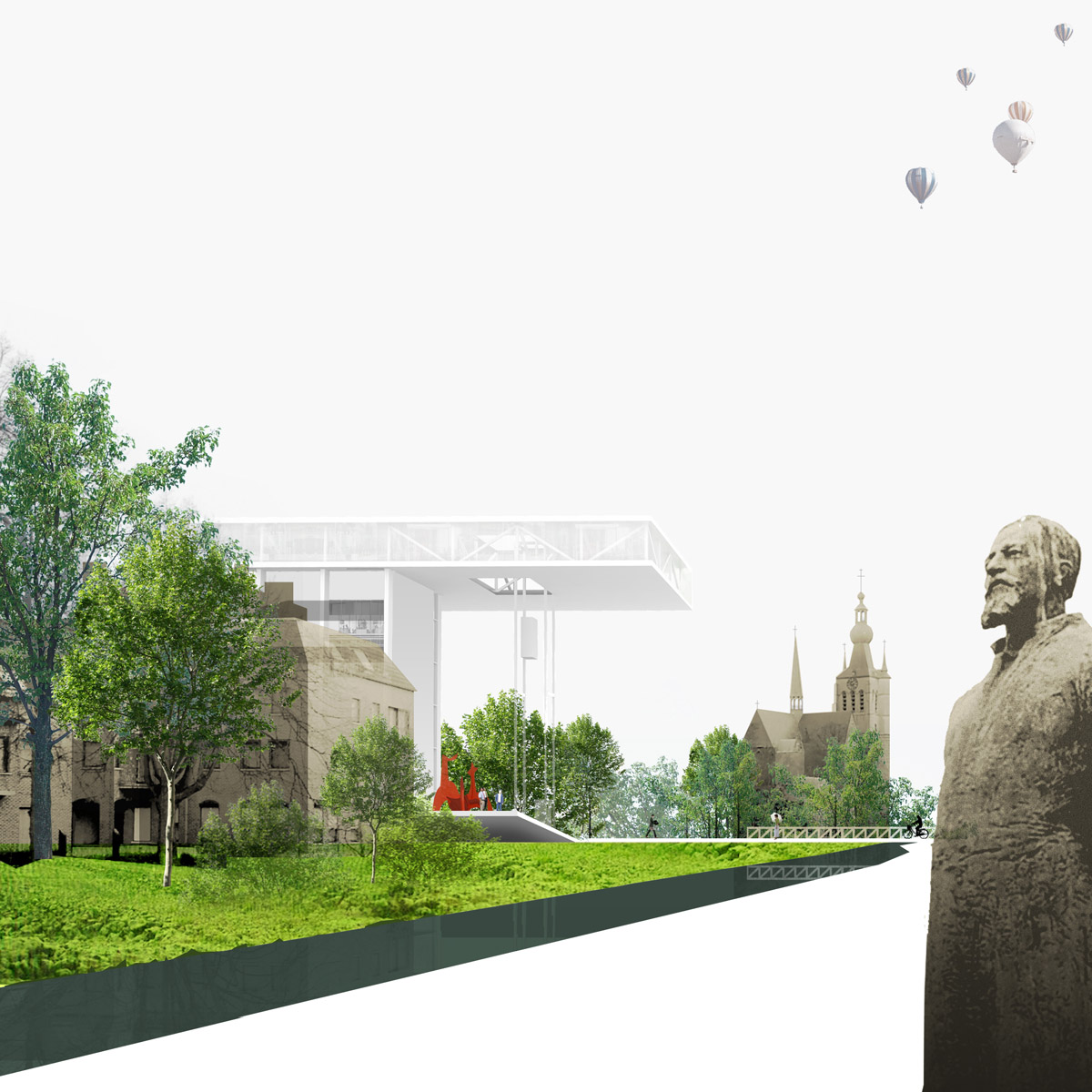 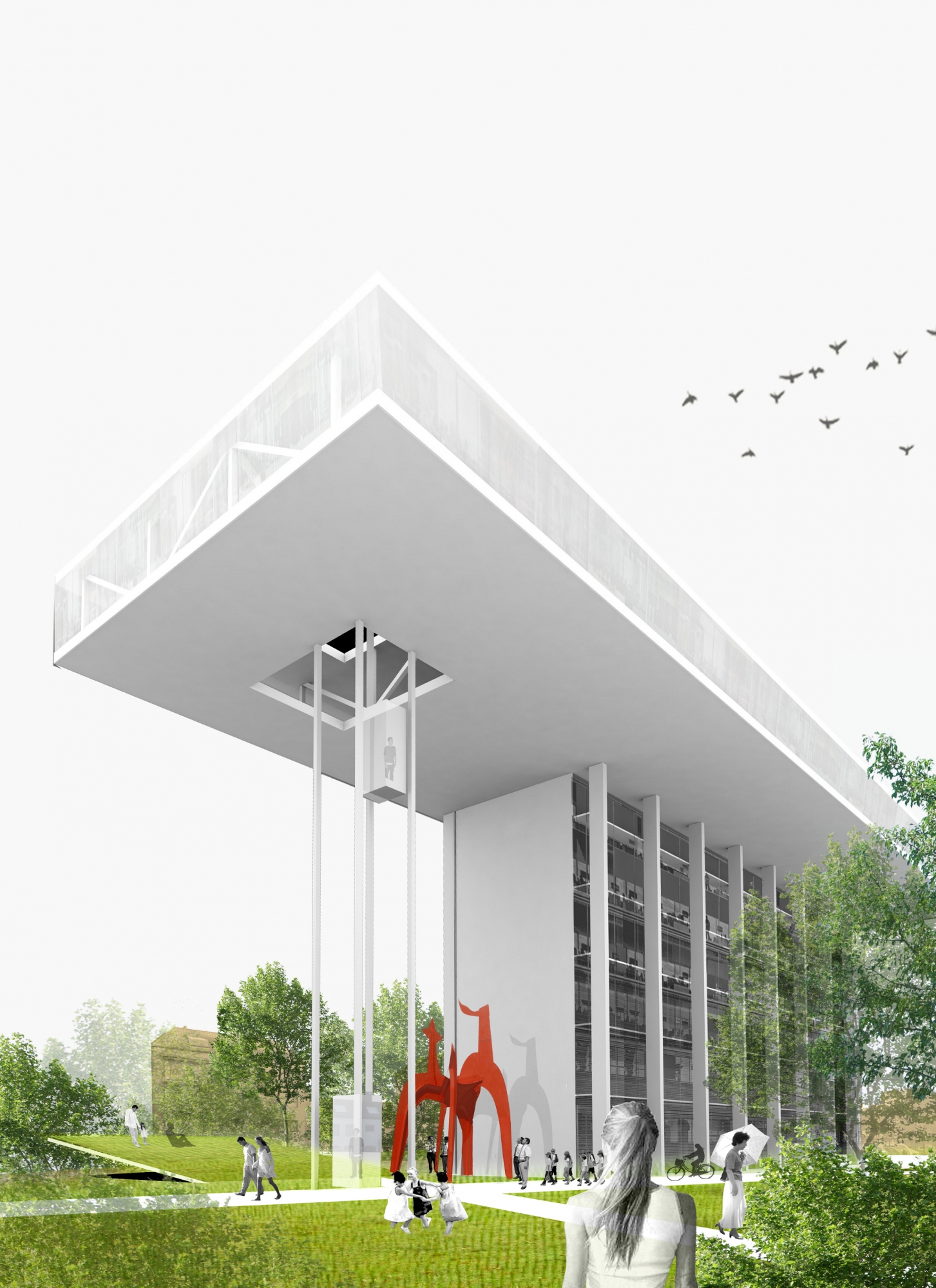 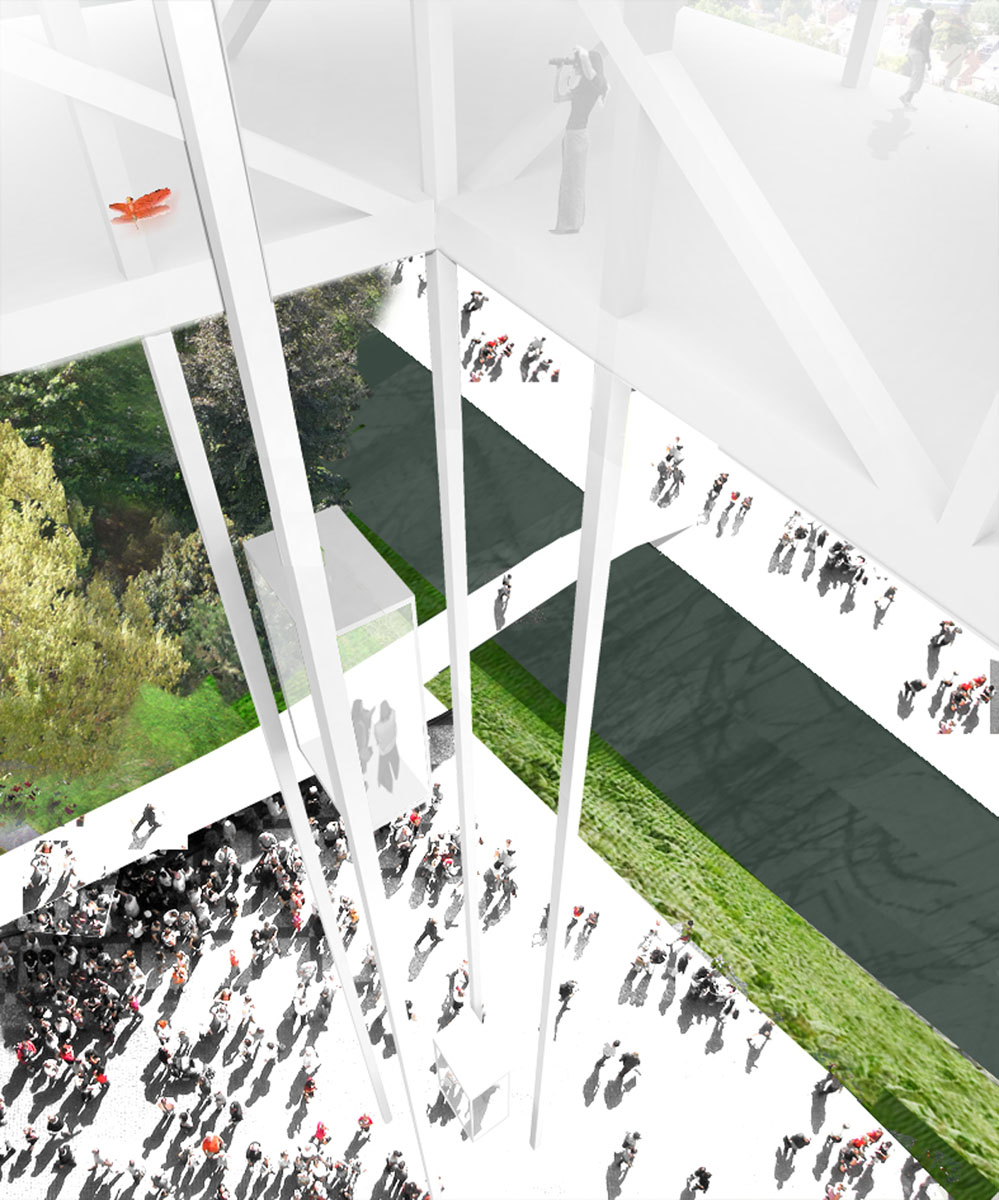 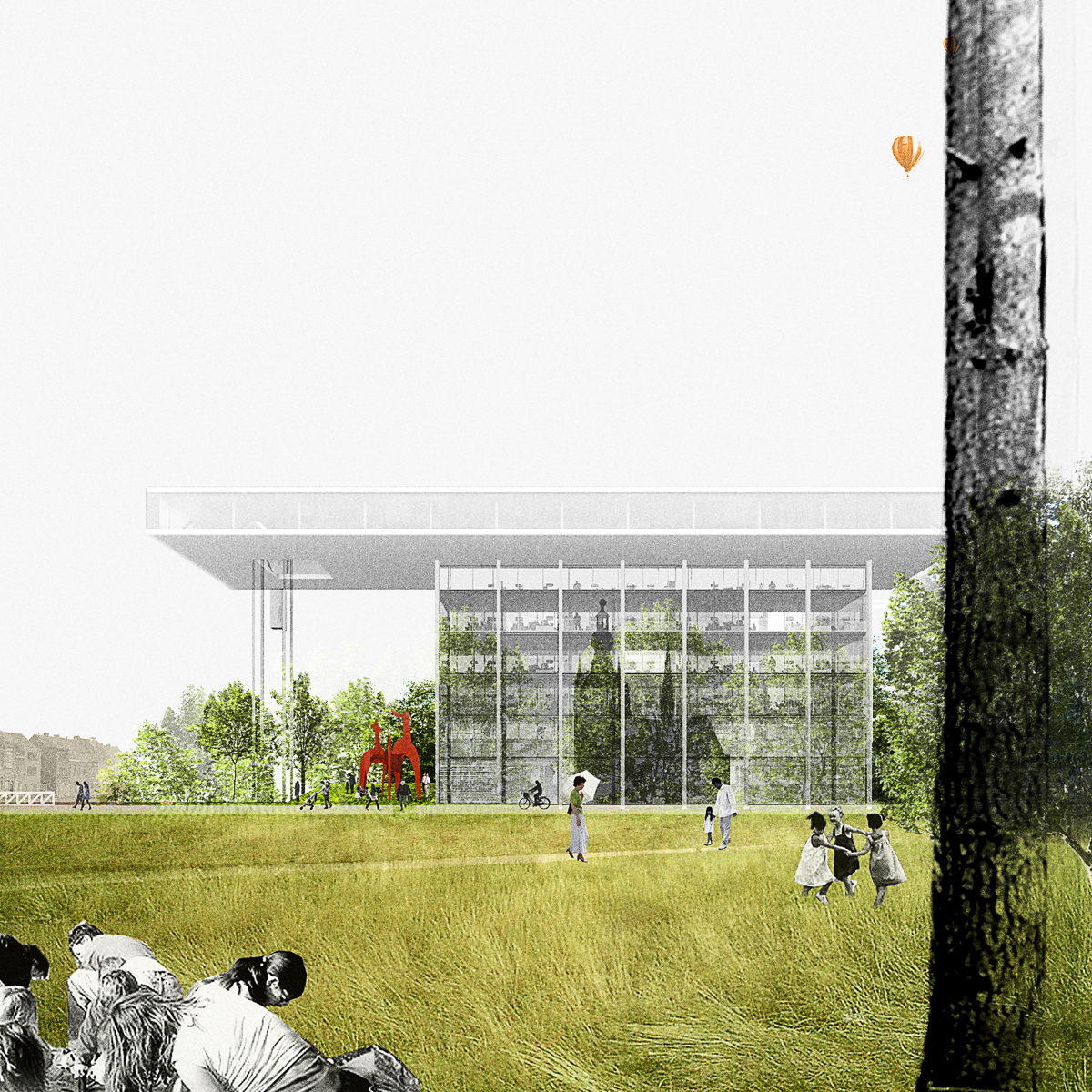 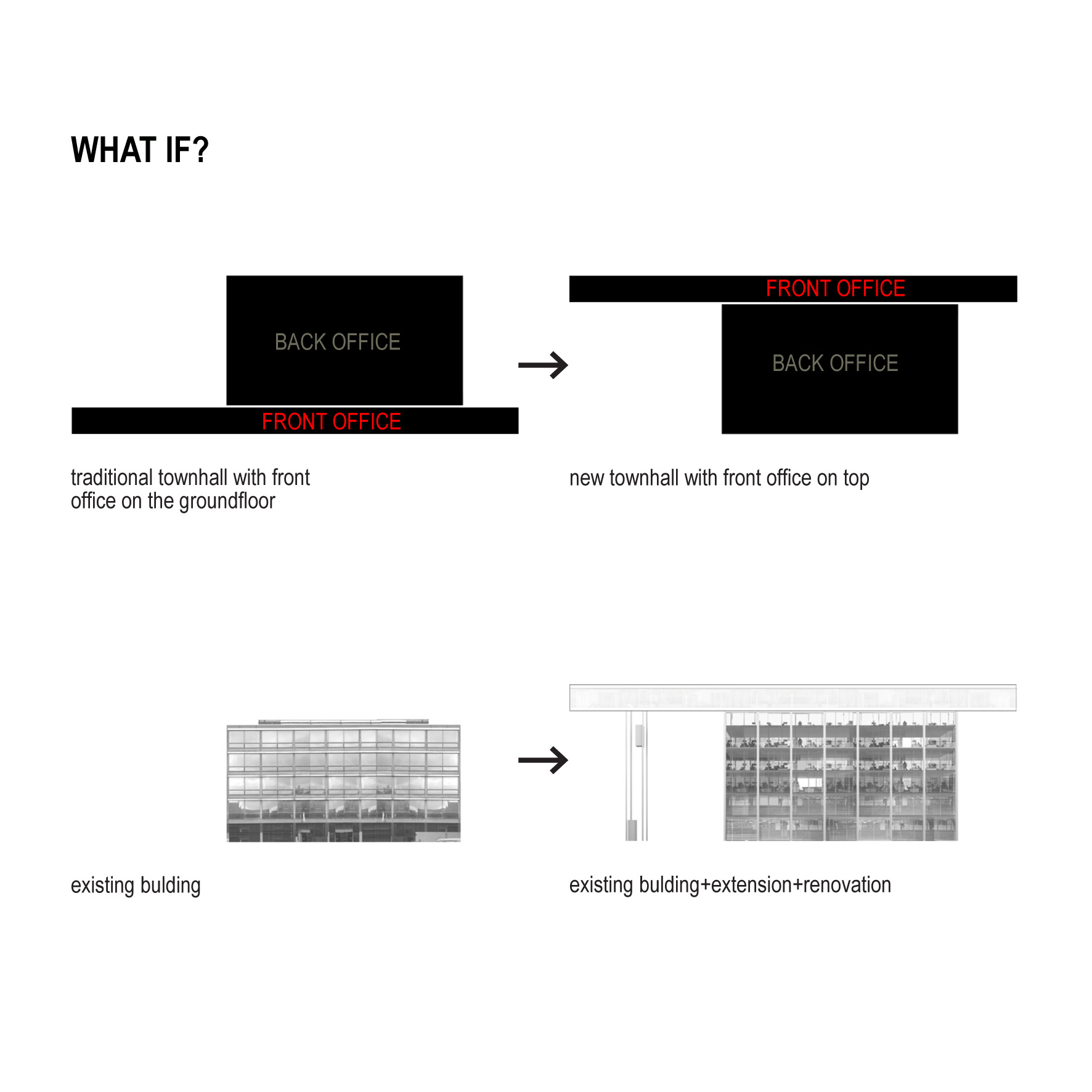 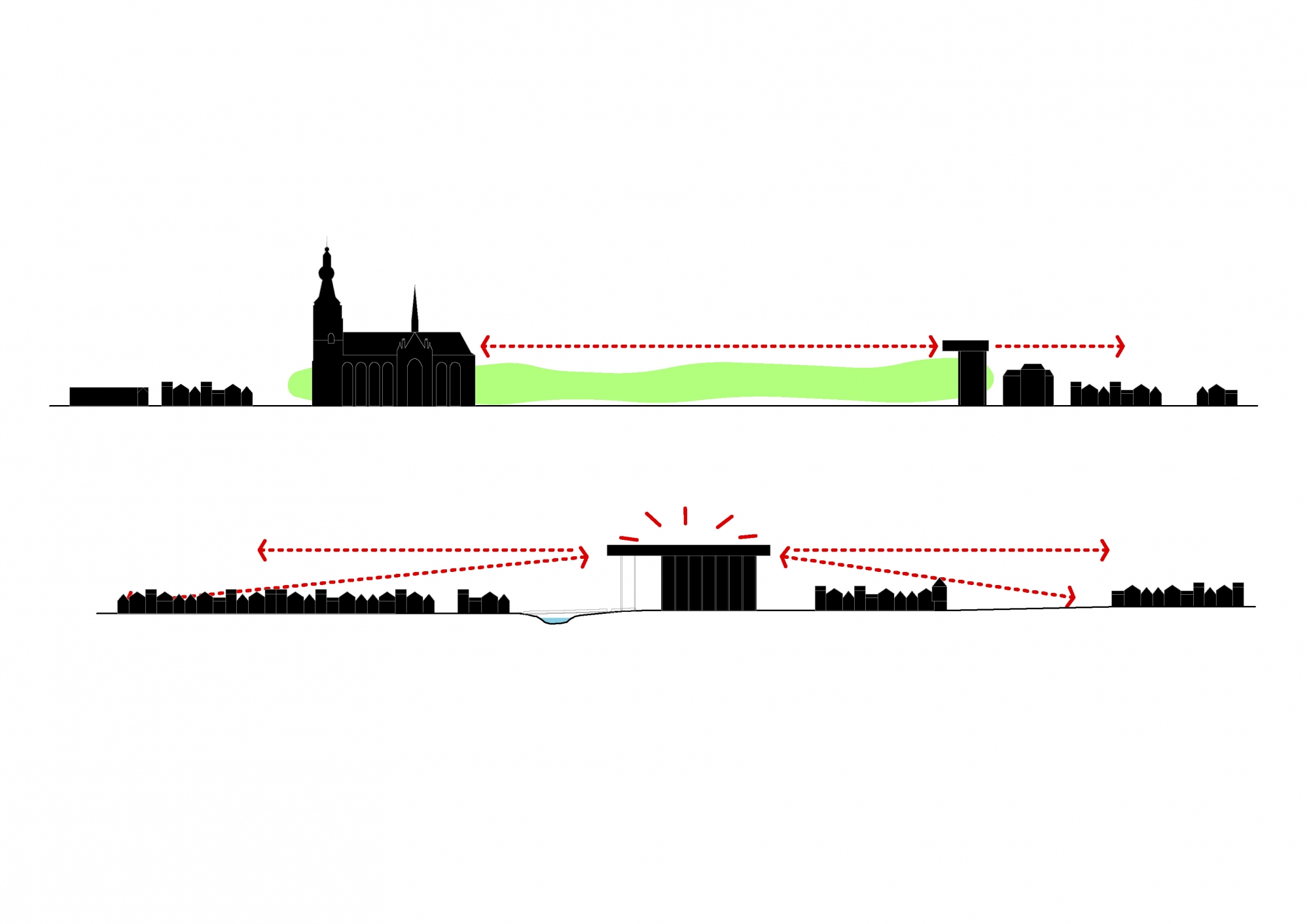 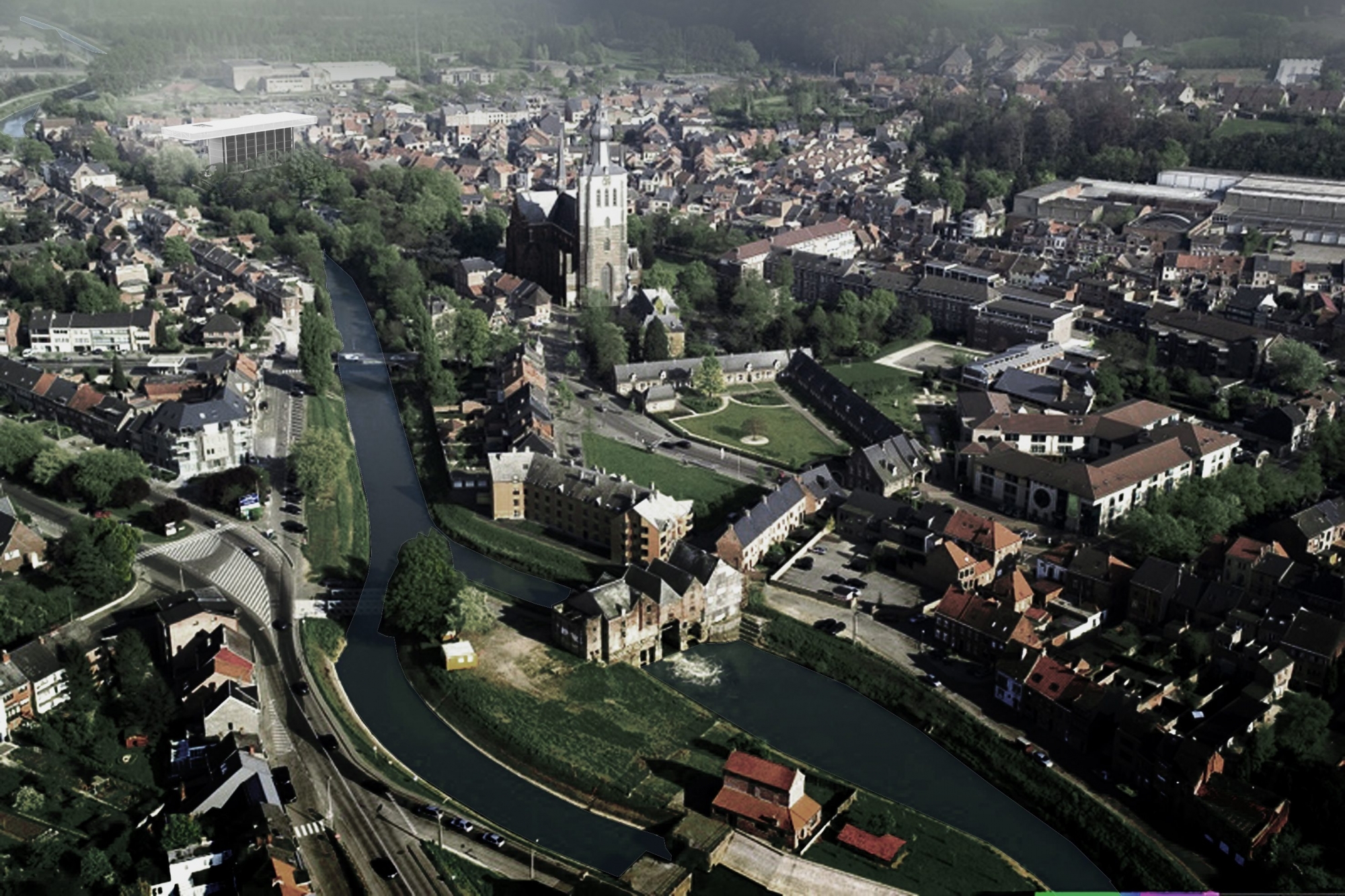 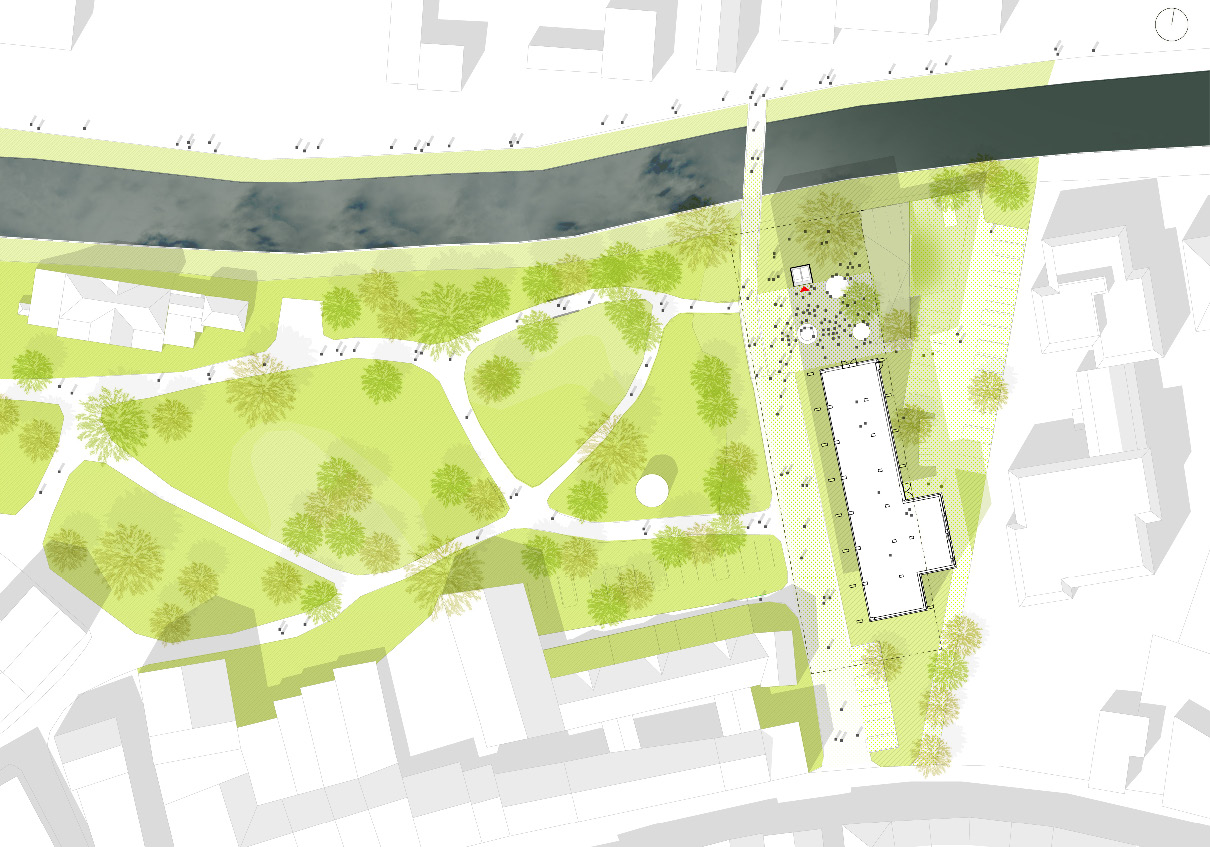 EXTENSION AND TRANSFORMATION OF THE ADMINISTRATIVE CENTRE OF AARSCHOT | OPEN CALL OF THE FLEMISH GOVERNMENT ARCHITECT, 1ST LAUREATE

In each edition of the magazine published by the city of Aarschot, the second page is always filled with a seasonal photograph of the city skyline. This gives a hint about the ambition level and scale on which the city council aims to communicate: the citizens are given a broad view on the current state of their city.
Our approach translates this philosophy into a physical and permanent experience: from the new “service centre”, each citizen can admire his city from above. The existing city centre and its connection to the periphery are strengthened. The city council’s cornerstones are presence, transparency and visibility to all citizens. The project can be spotted from the Grand Place and engages a dialogue with the Church. The park facing the project, gets a new and powerful status in the urban landscape and symbolises quality service to the citizens.

The integration of various public functions within a single “service centre” and the concentration of administrative services in this central location of Aarschot, create a new heart for the network of public functions spread out over the city. This network is not only visible on a map, but can now be experienced at all time thanks to the visual connection between the service centre and the rest of the city.

The tension resulting from the volume of the program and the relatively limited space available on the ground level of the existing city hall, led to numerous studies on the appropriate location and densification of the functions. The location of the entire front office as a new layer above the existing building came out as the key to the problem. A “sky lobby” is created, providing a large and flexible open-plan office space.

“The instinct to climb up to some high place, from which you can look down and survey your world, seems to be a fundamental human instinct. The tiniest hamlets have a dominating landmark – usually the church tower. Great cities have hundreds of them.” [Alexander, Christopher, ‘A Pattern Language: Towns, Buildings, Constructions.’]