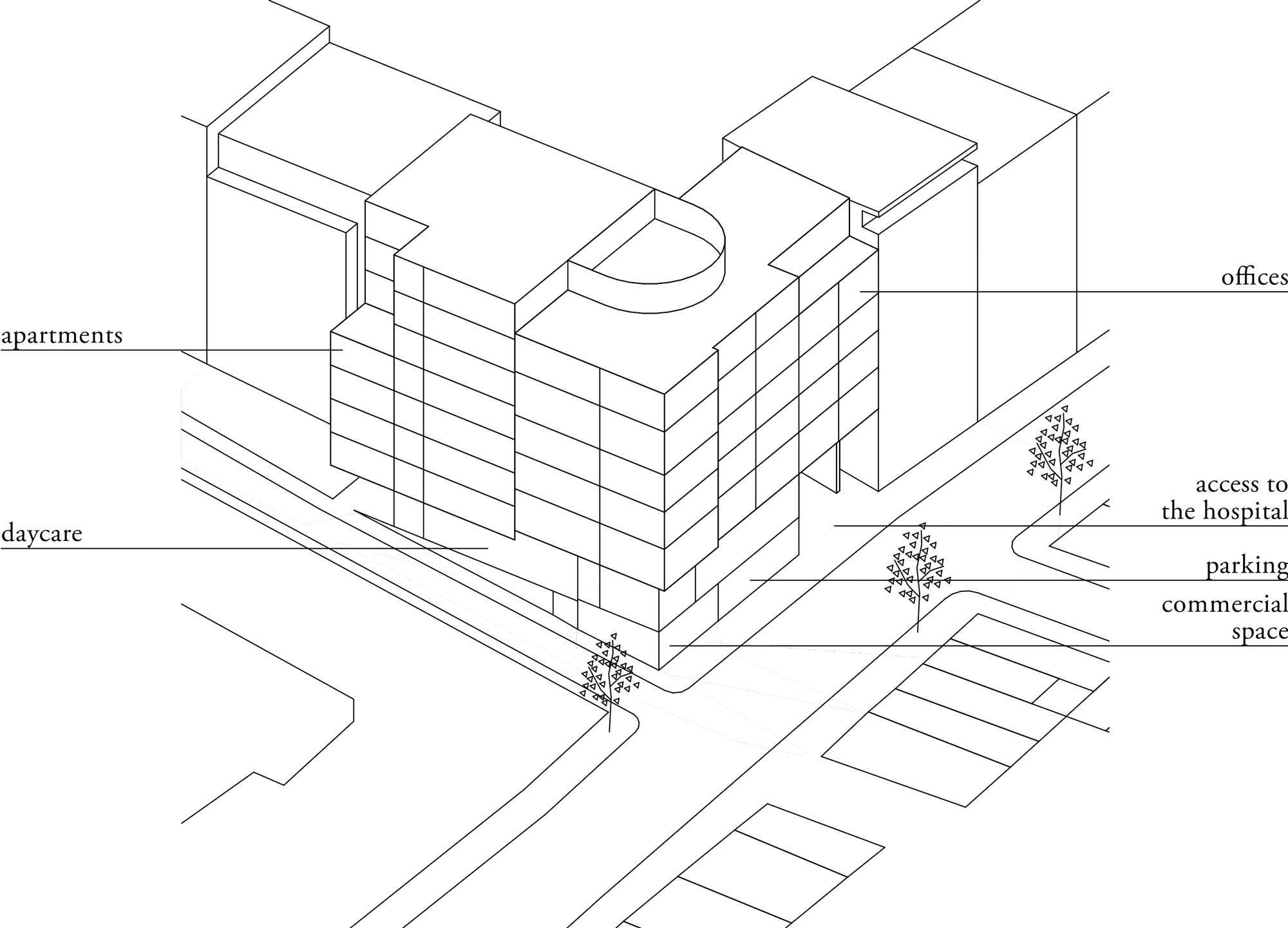 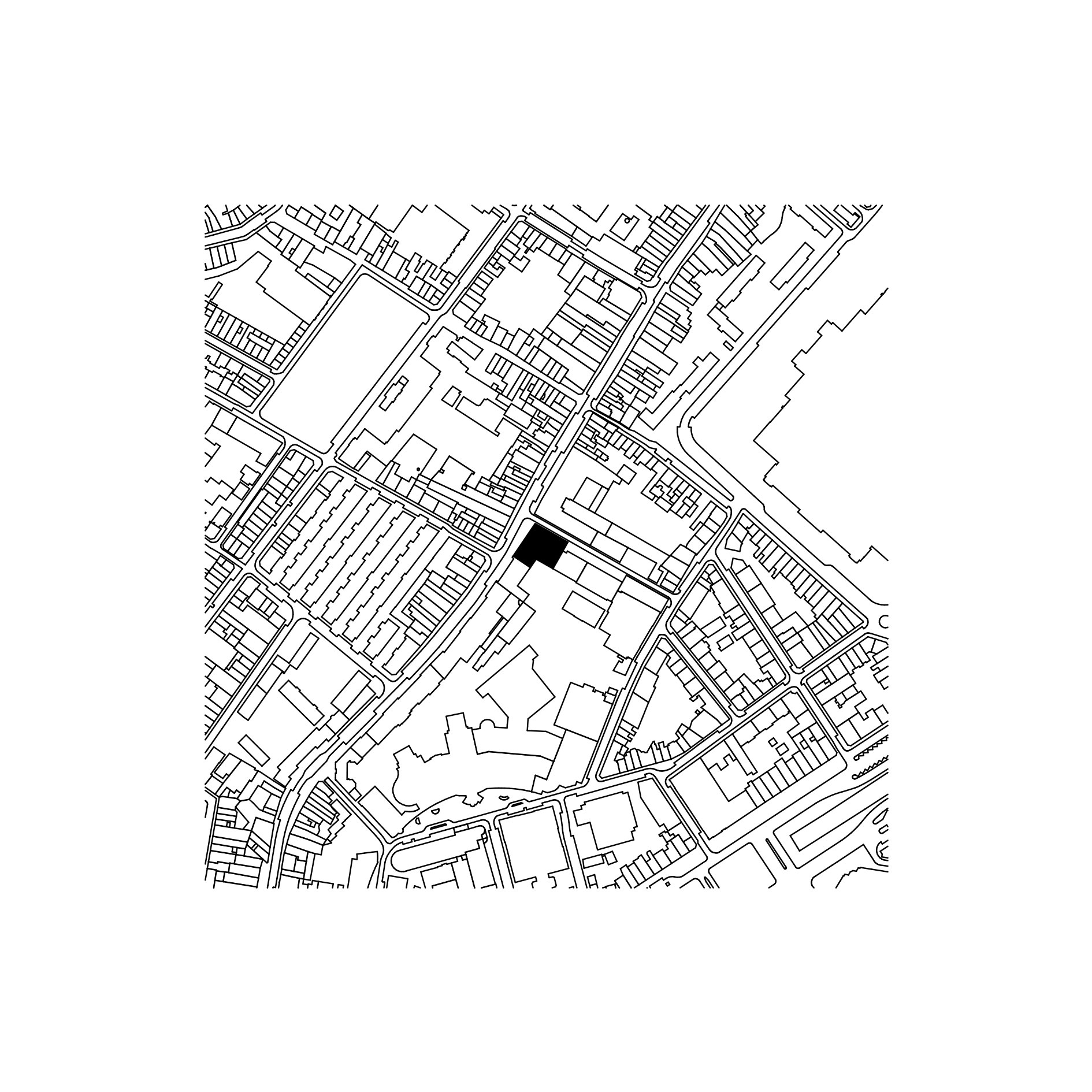 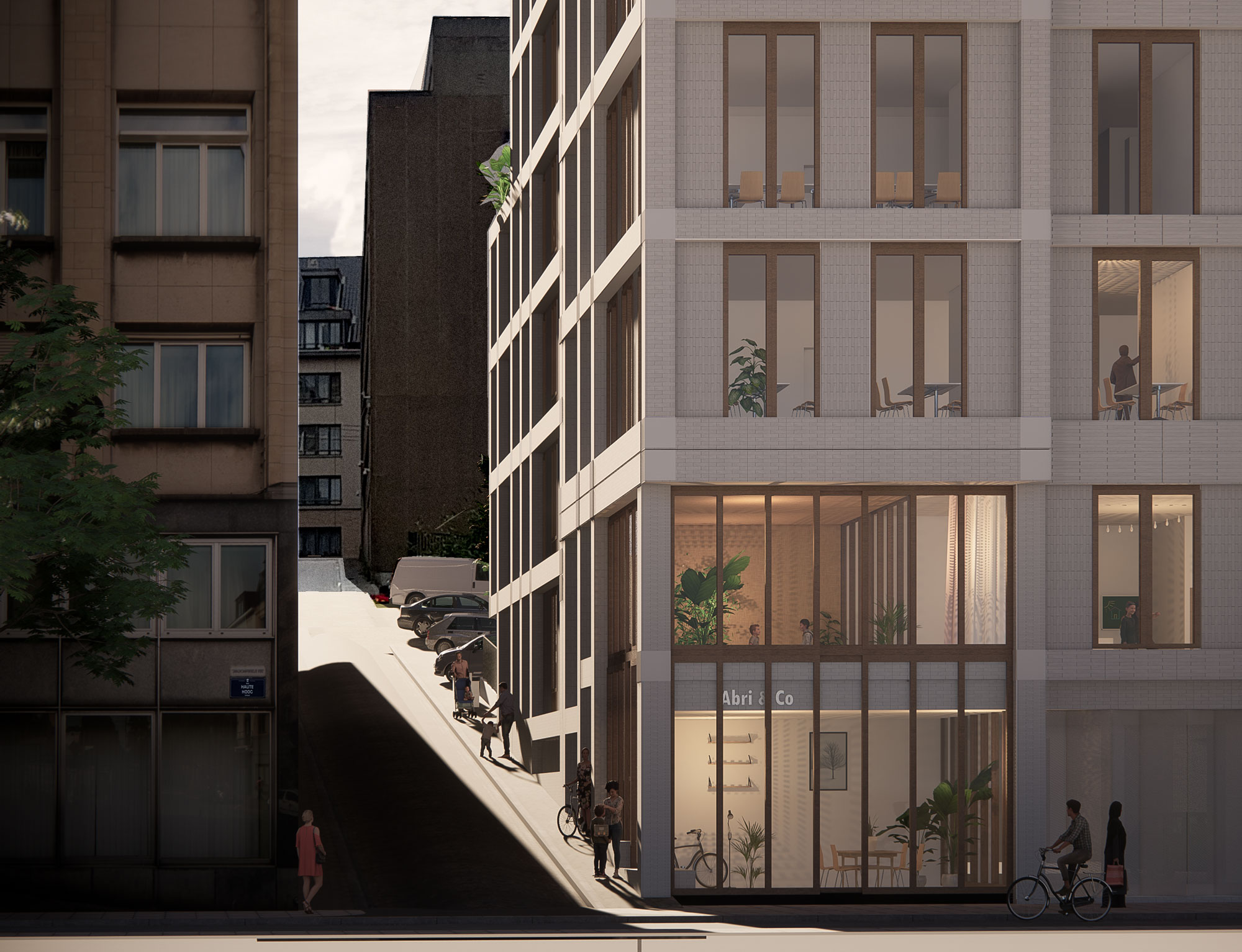 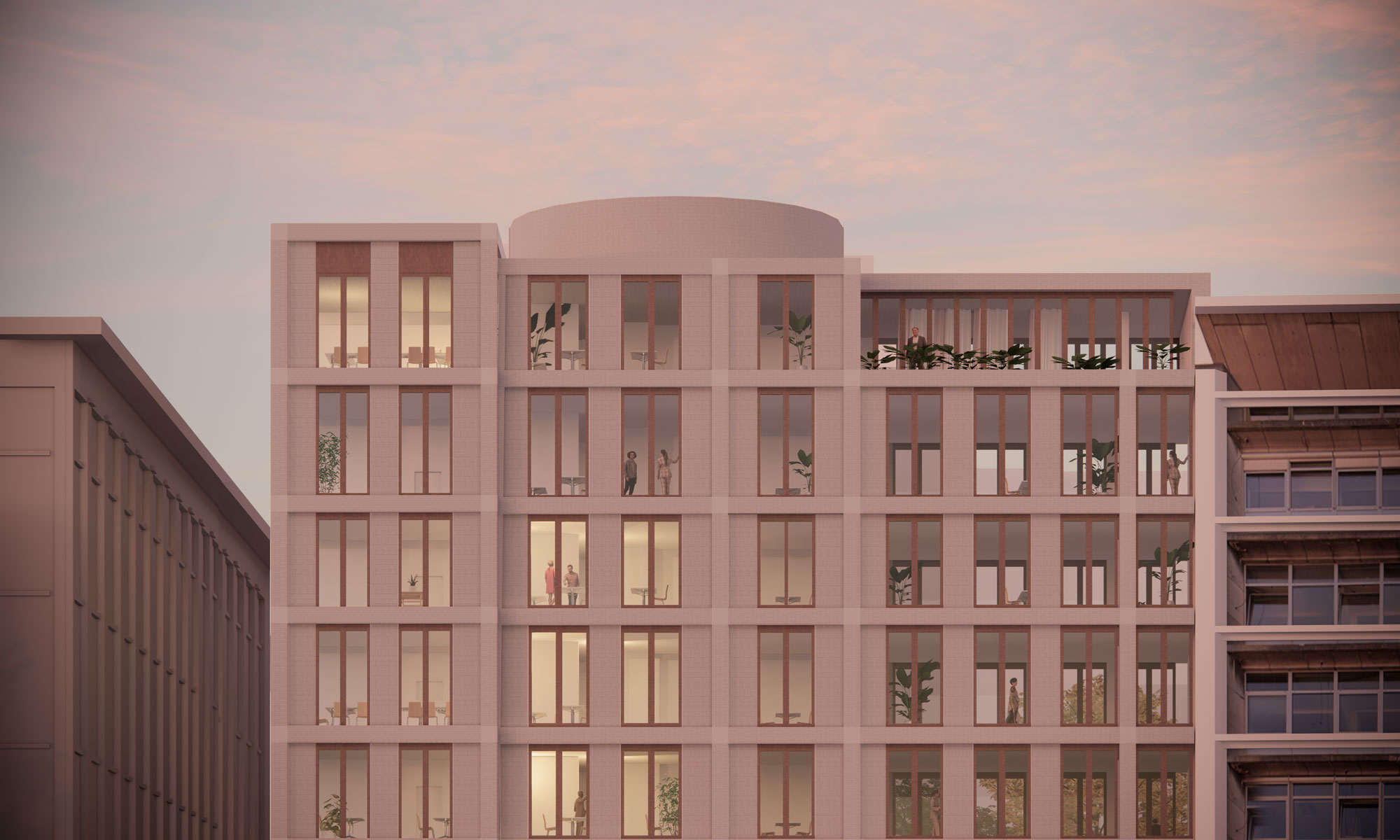 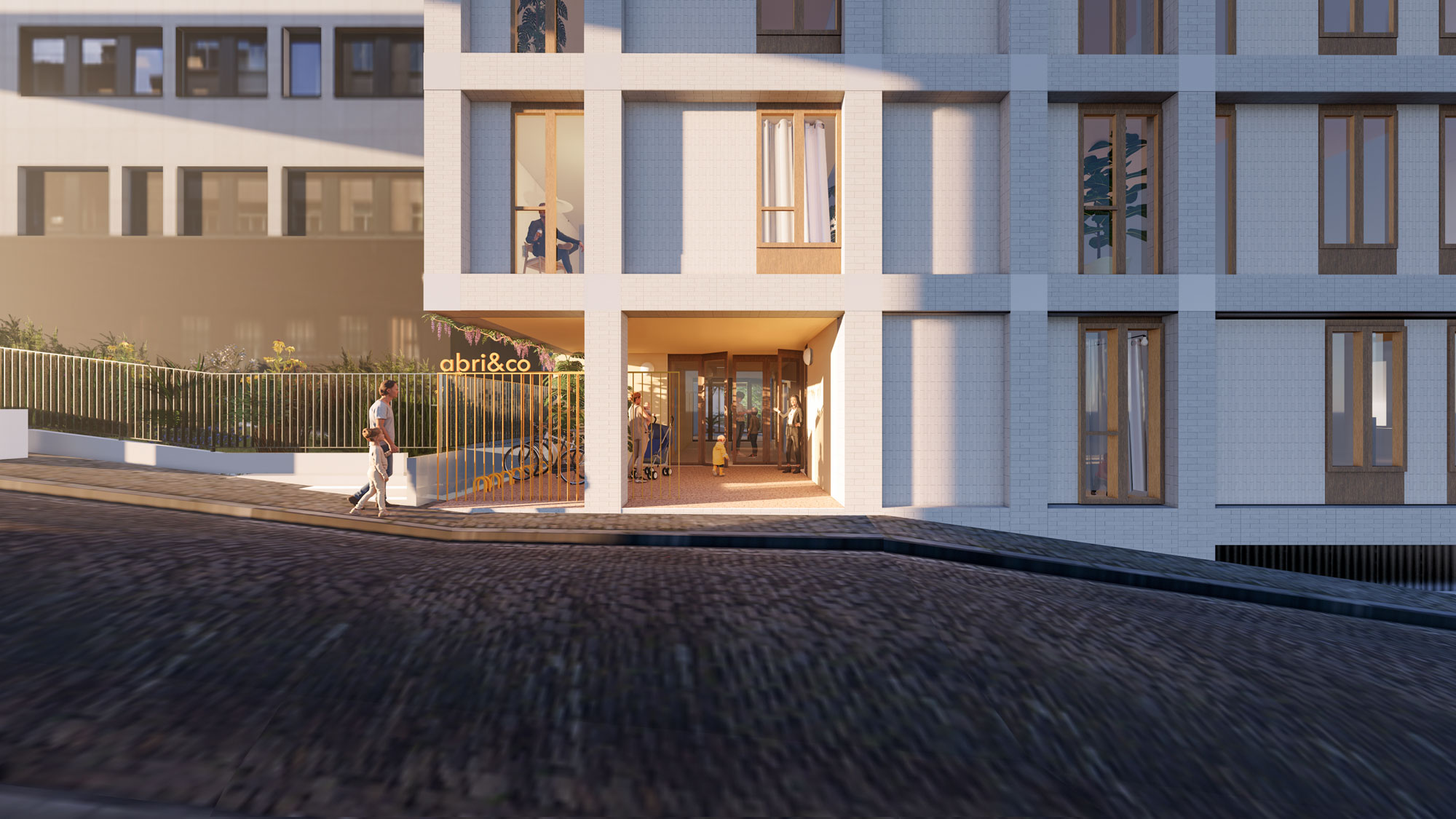 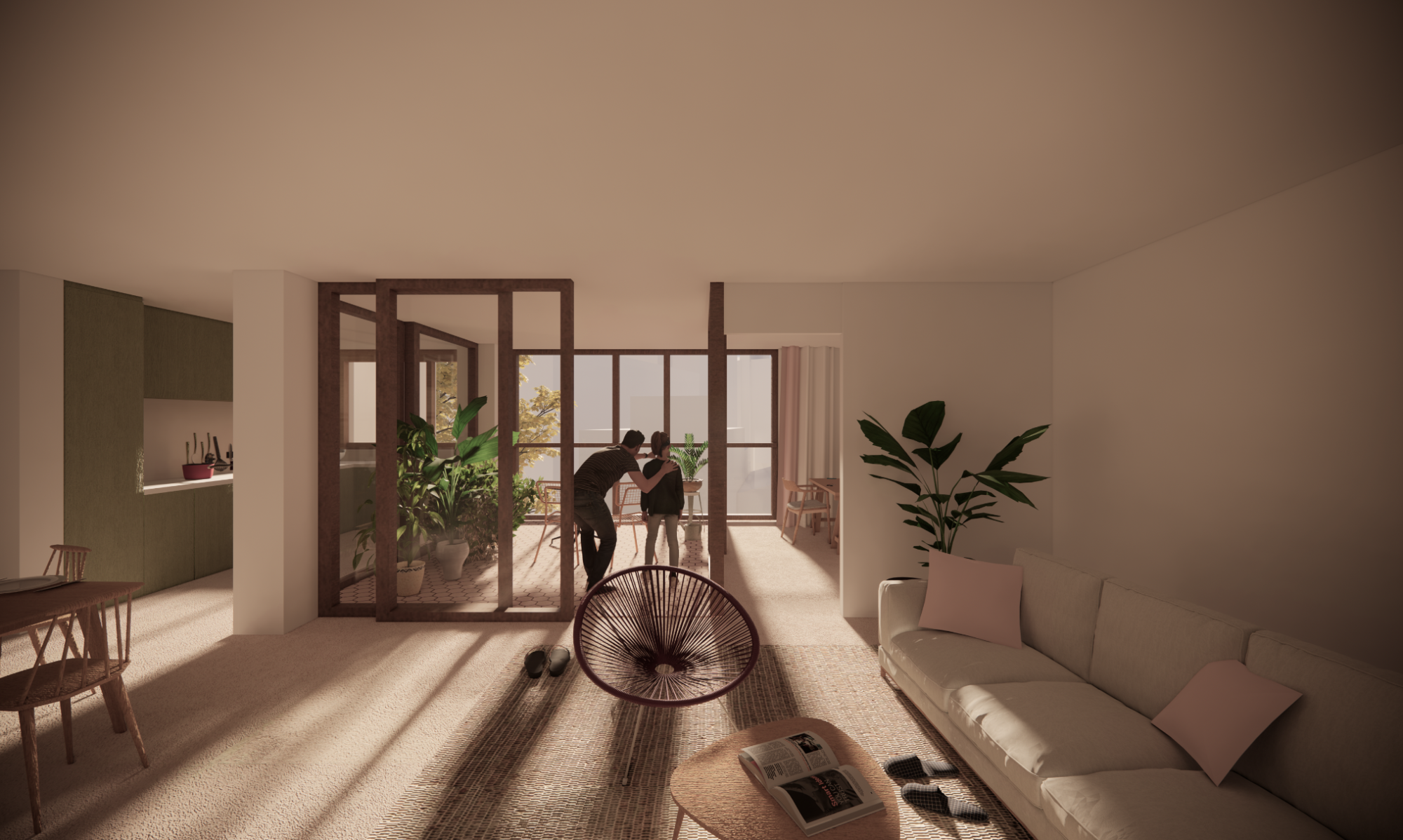 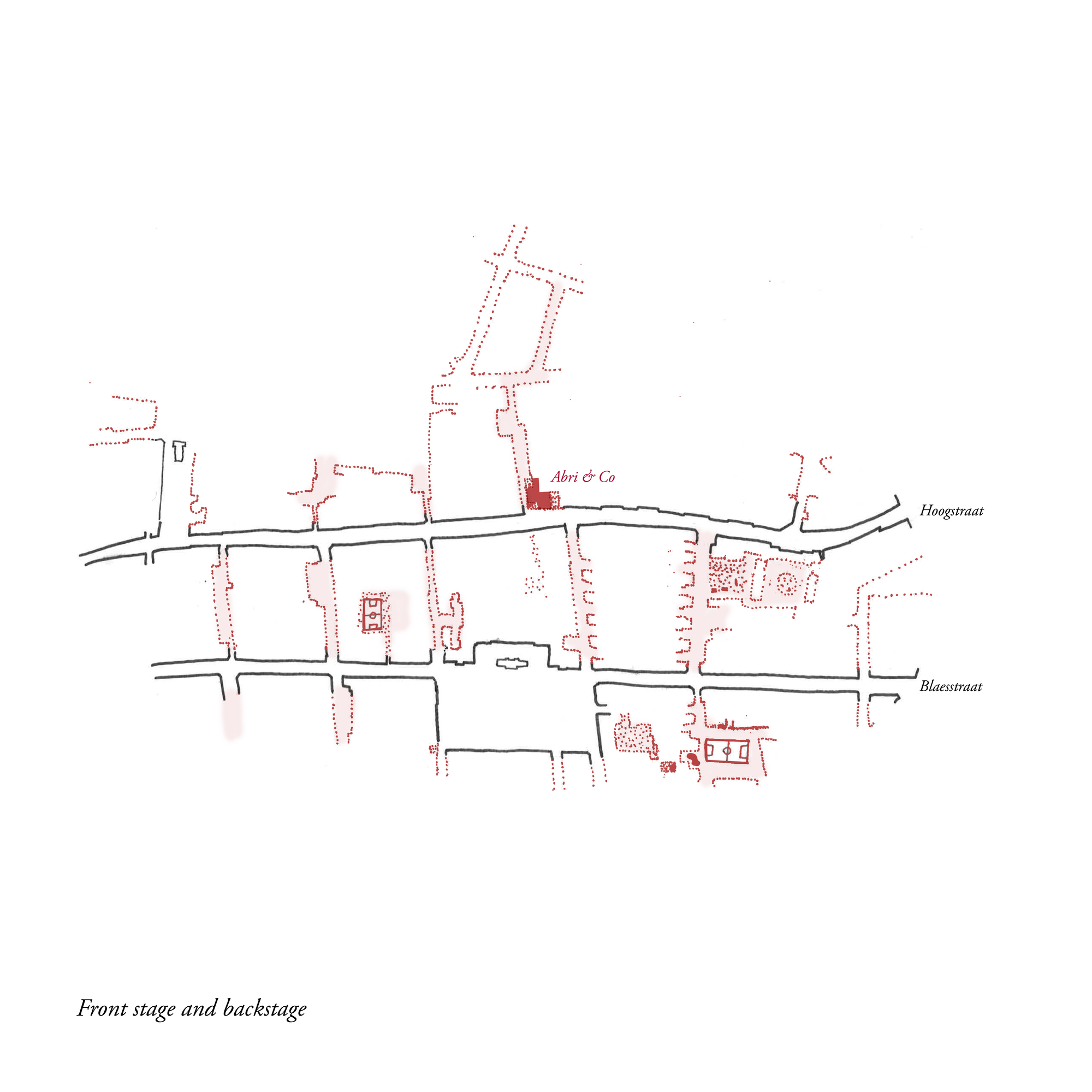 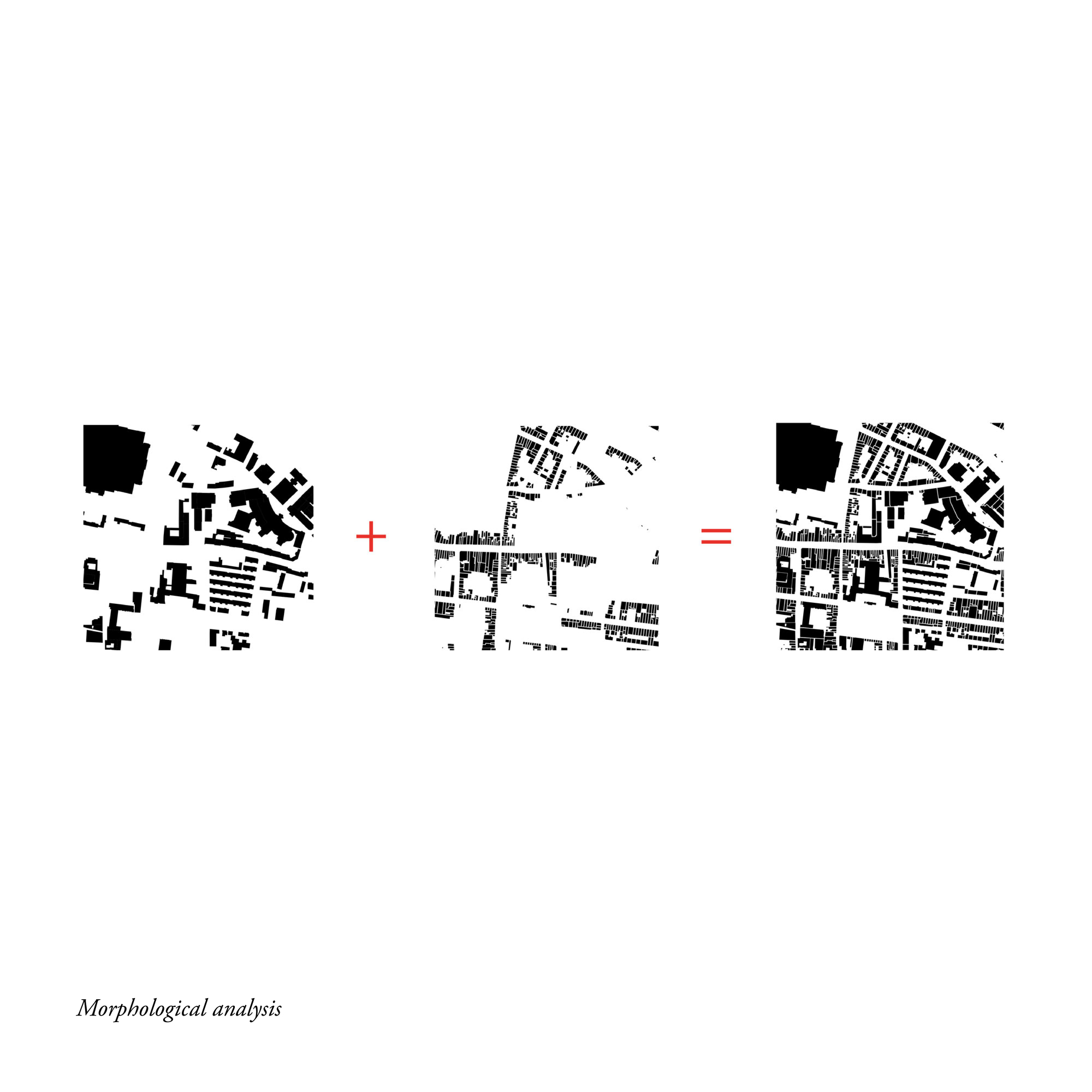 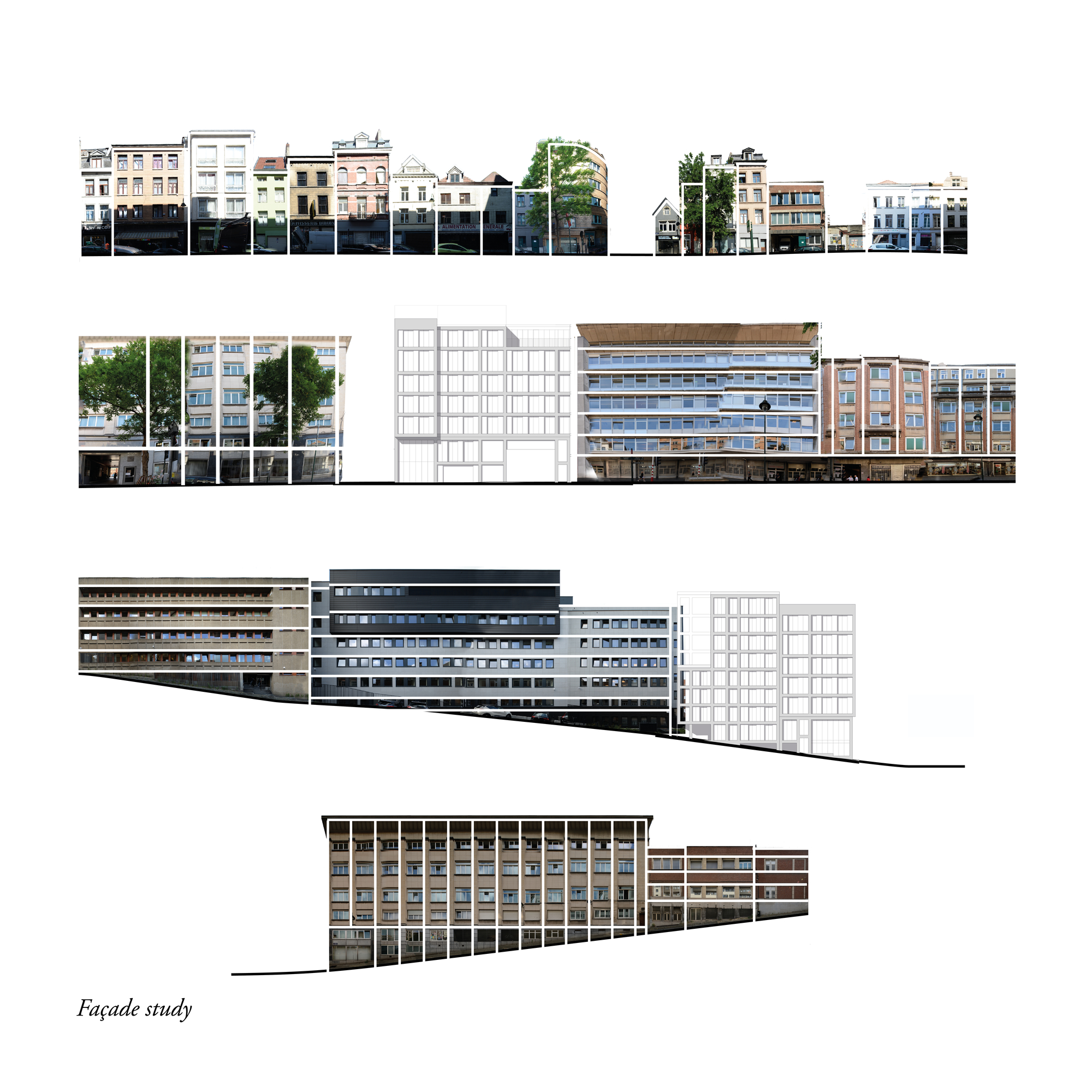 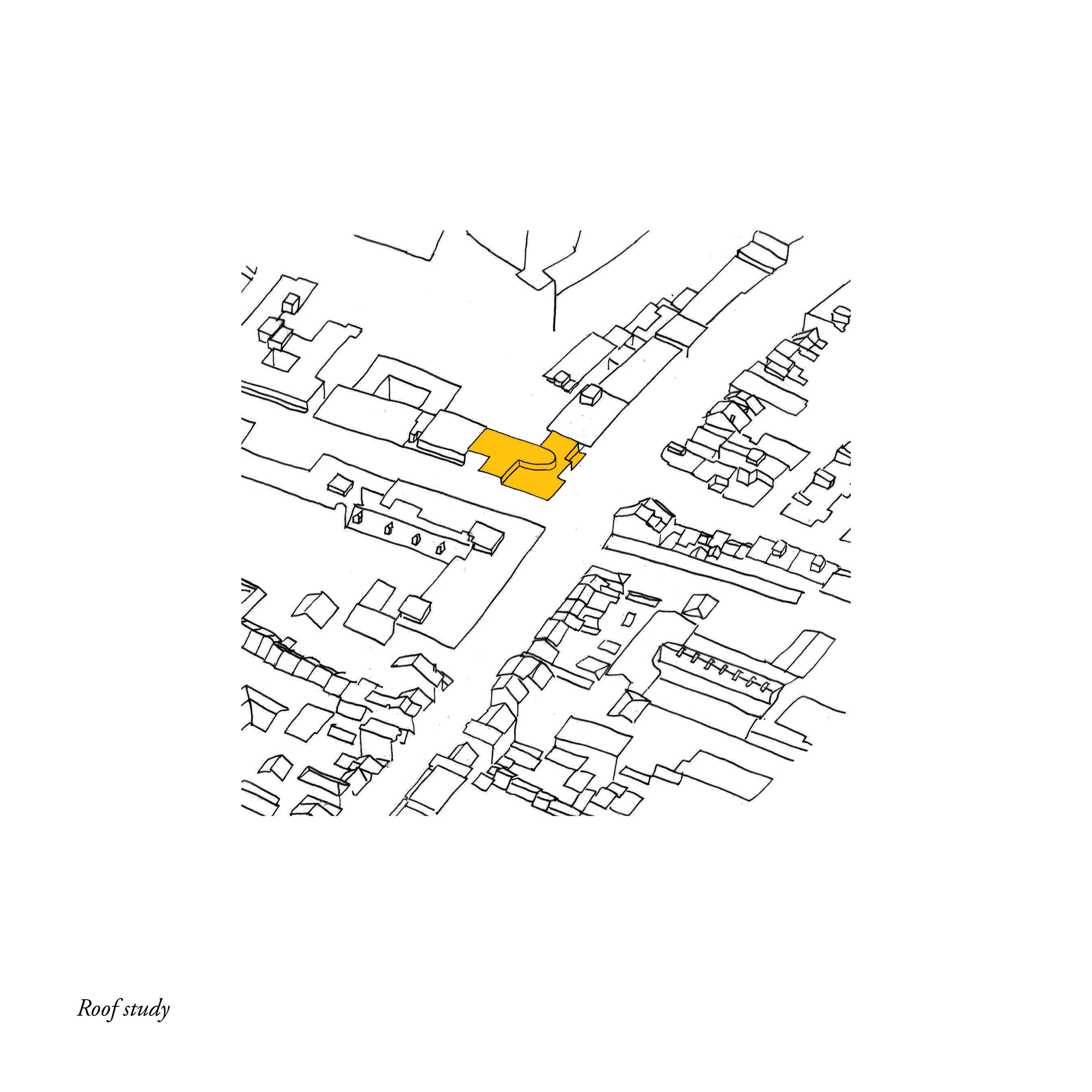 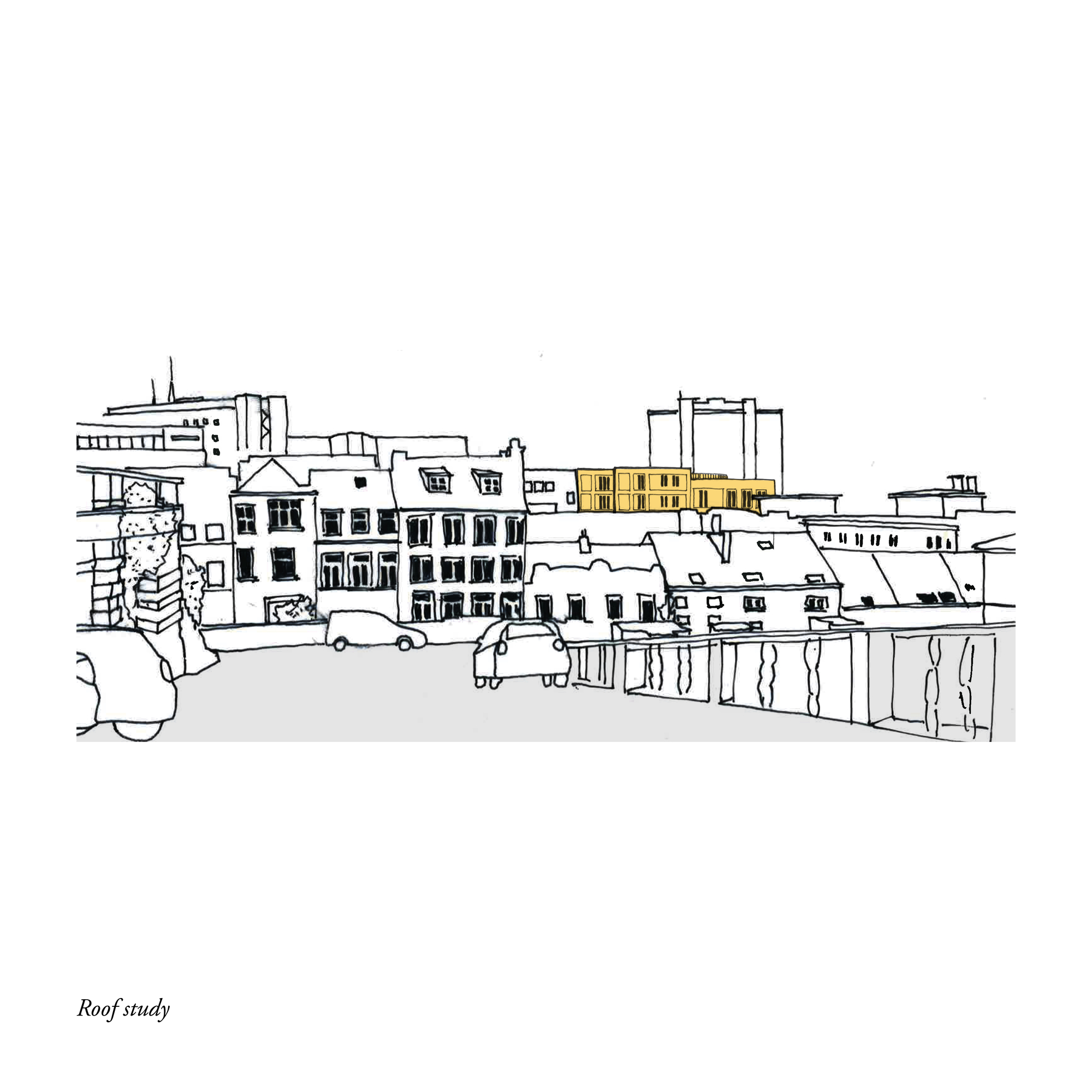 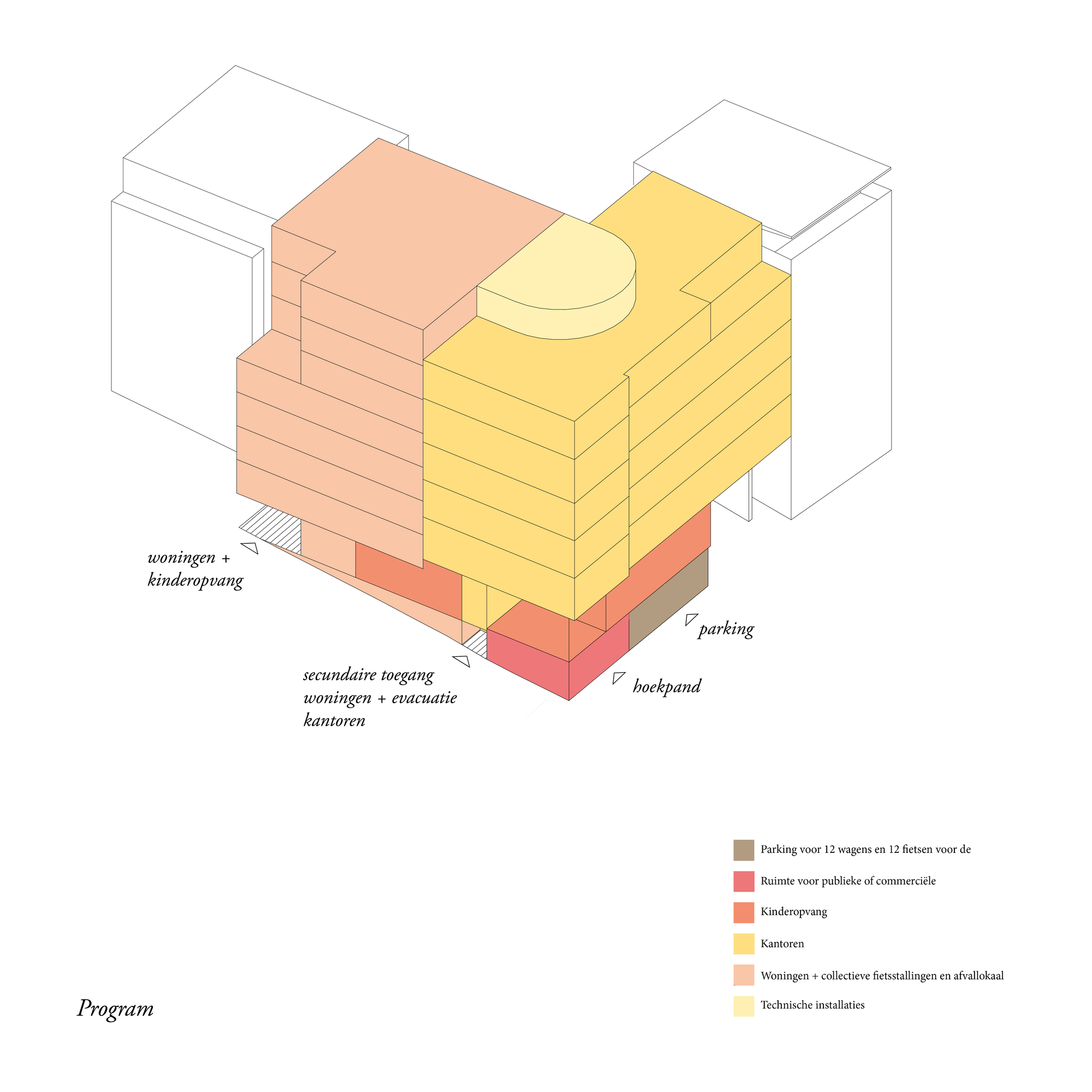 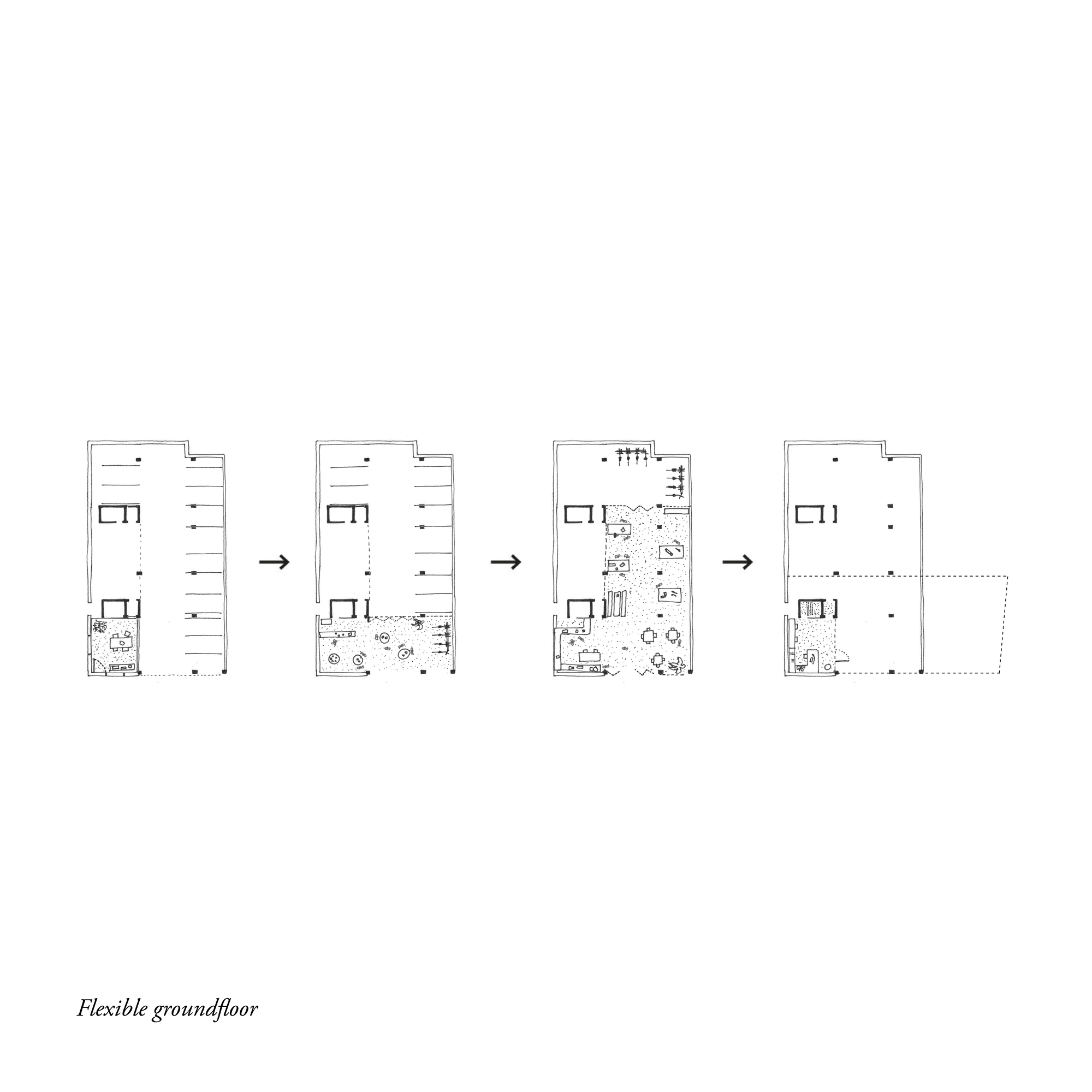 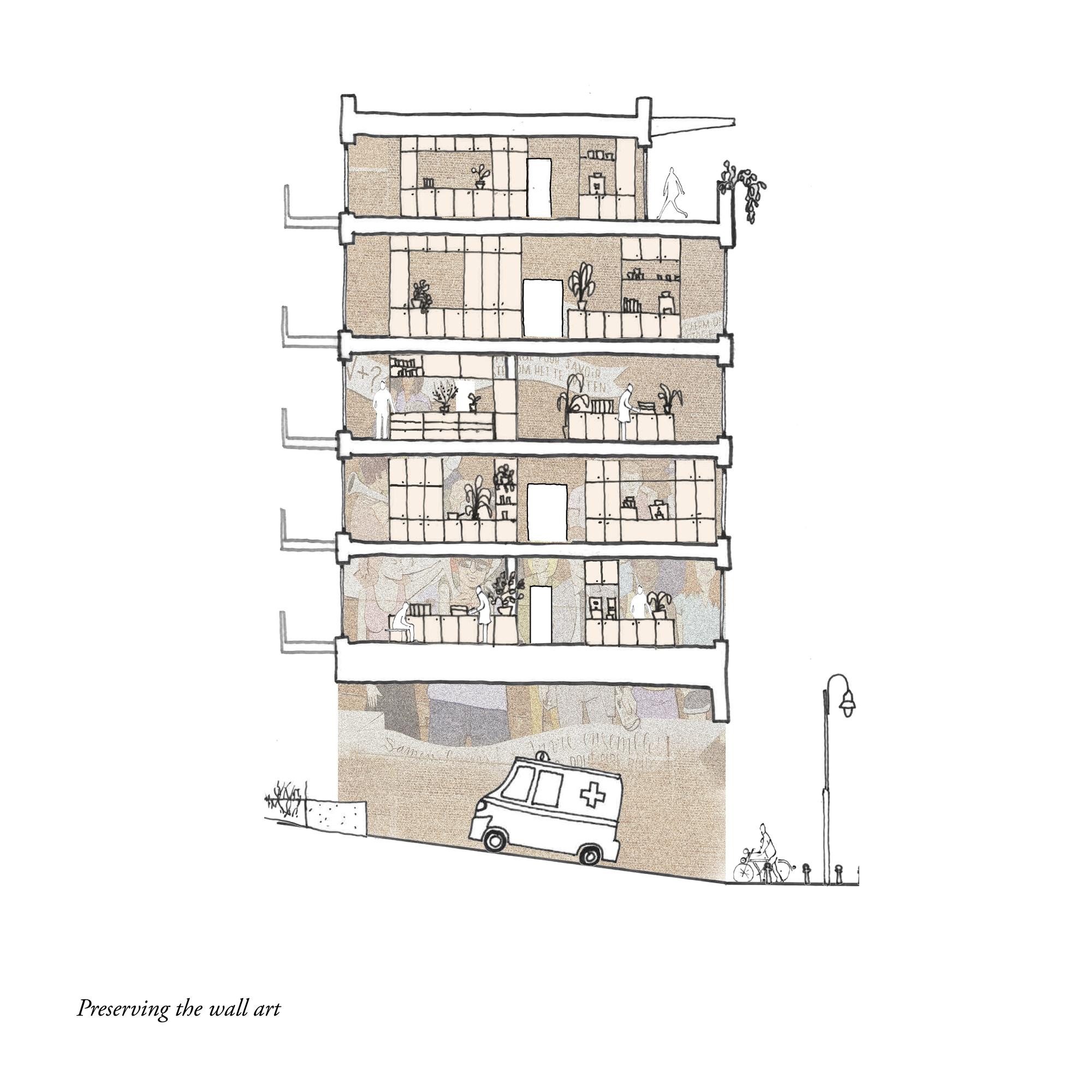 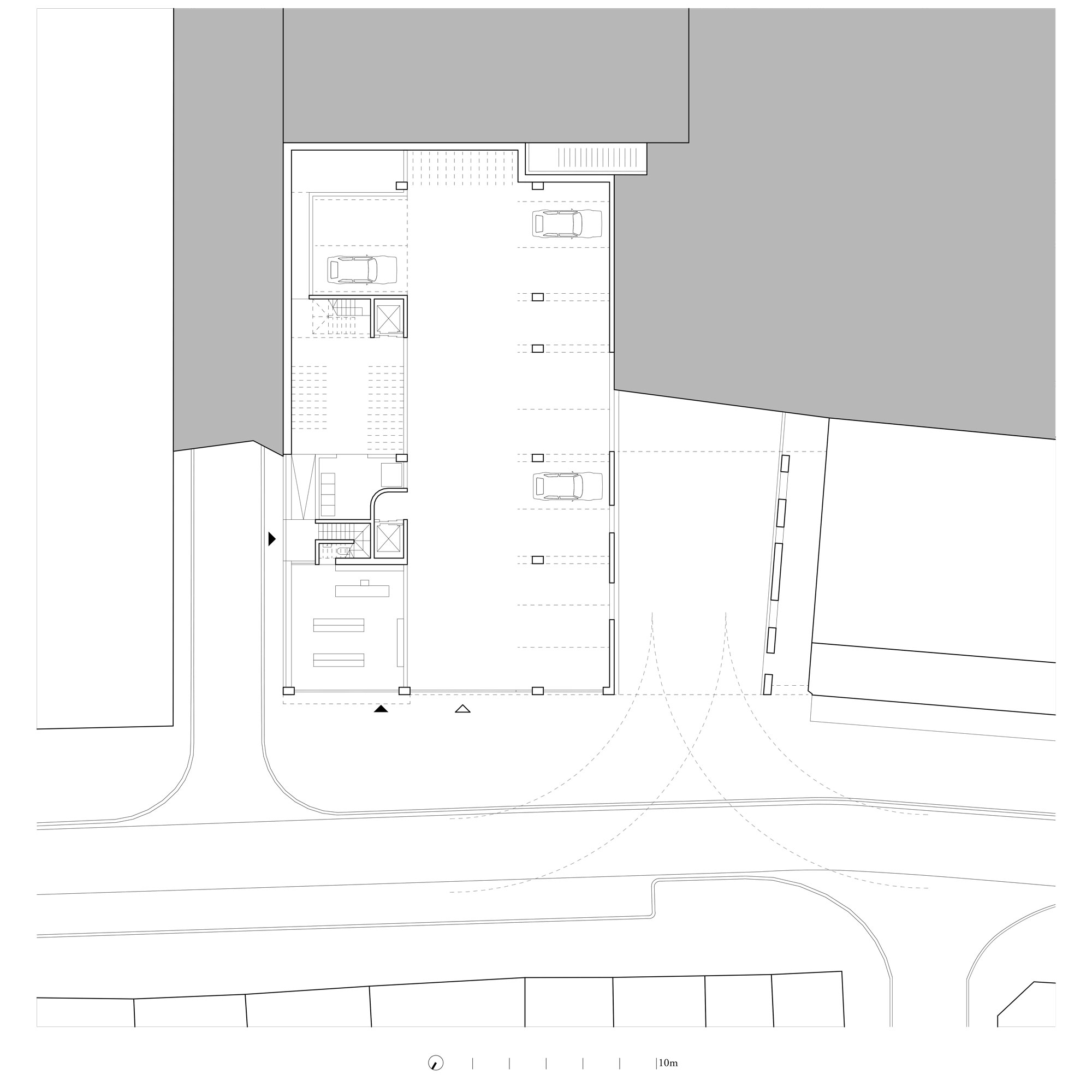 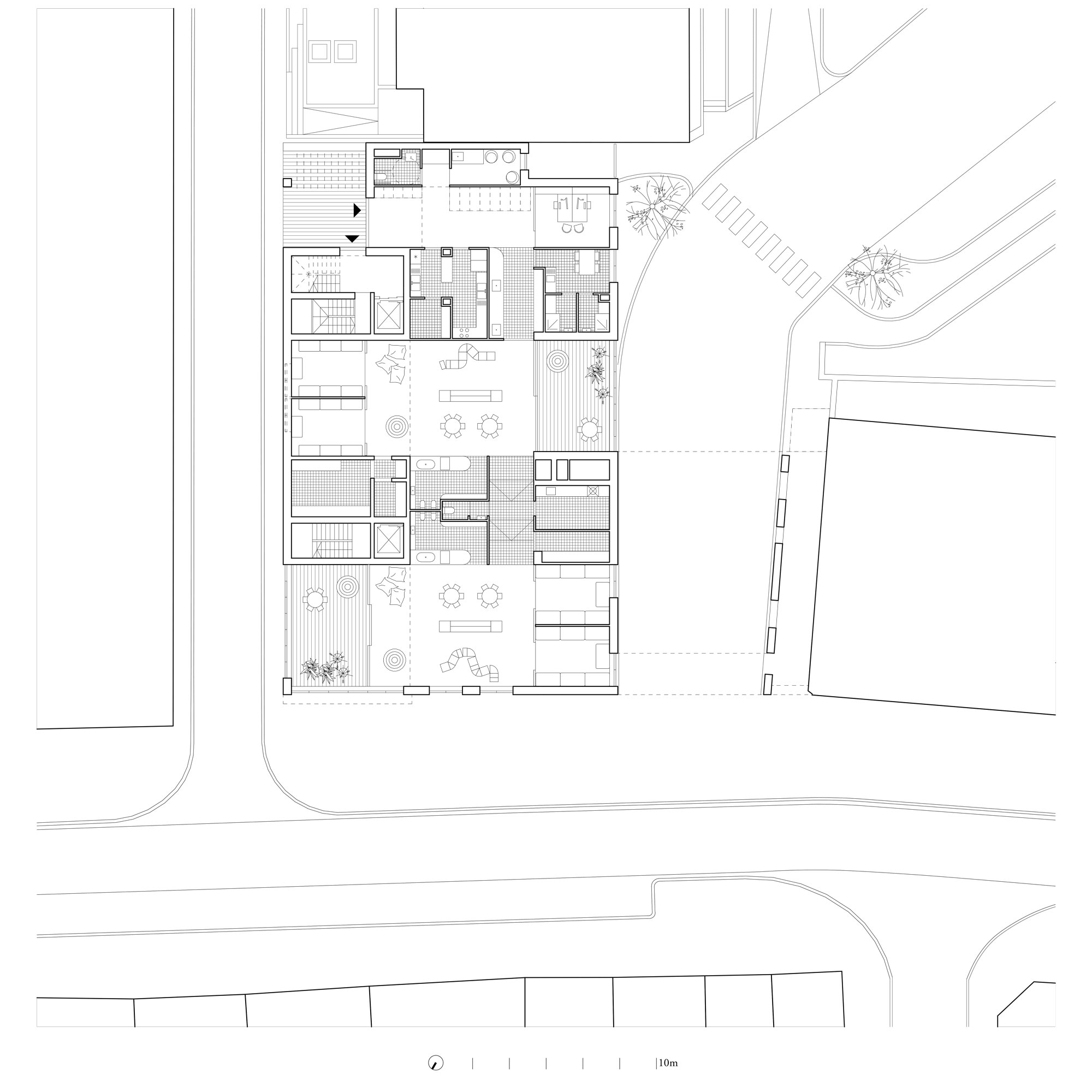 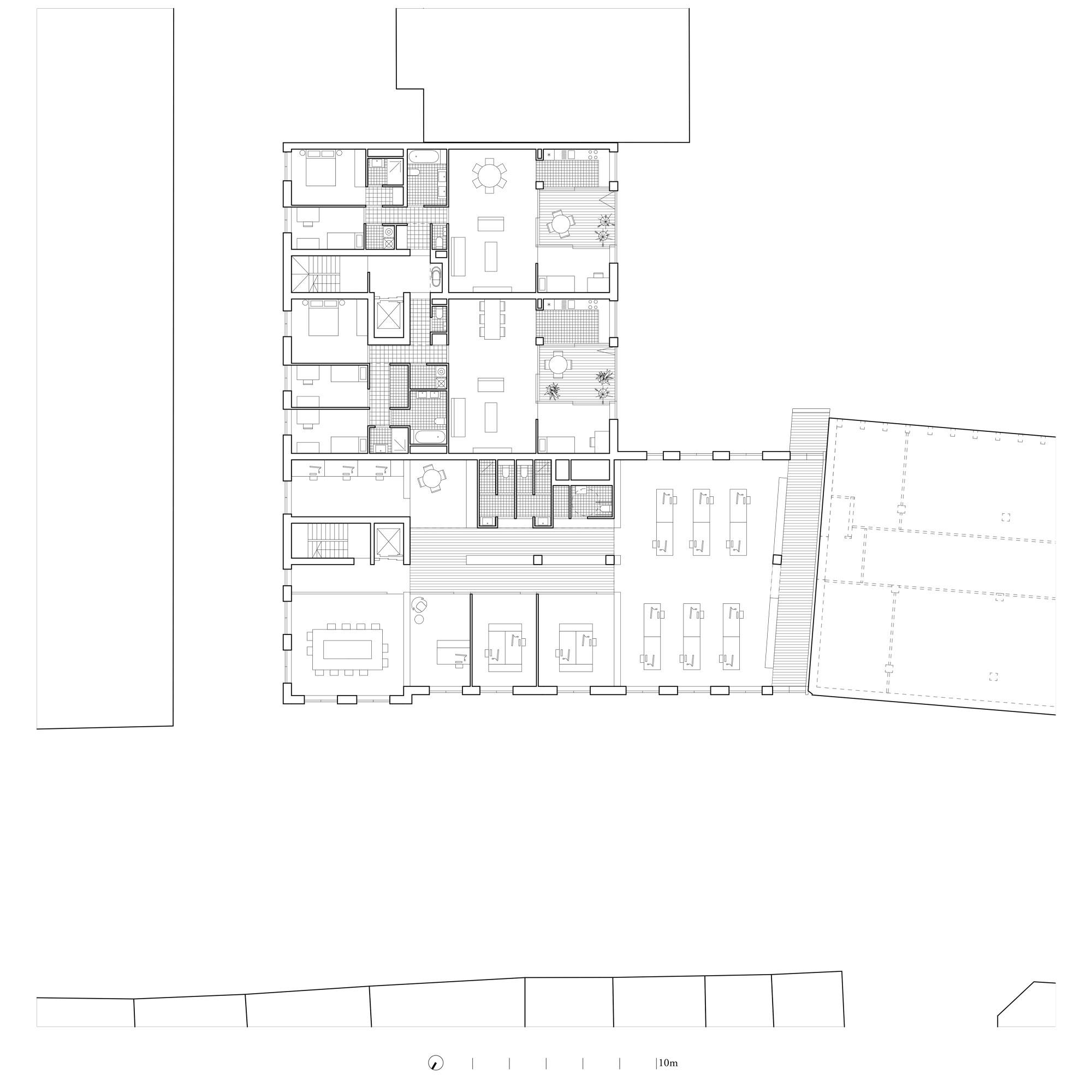 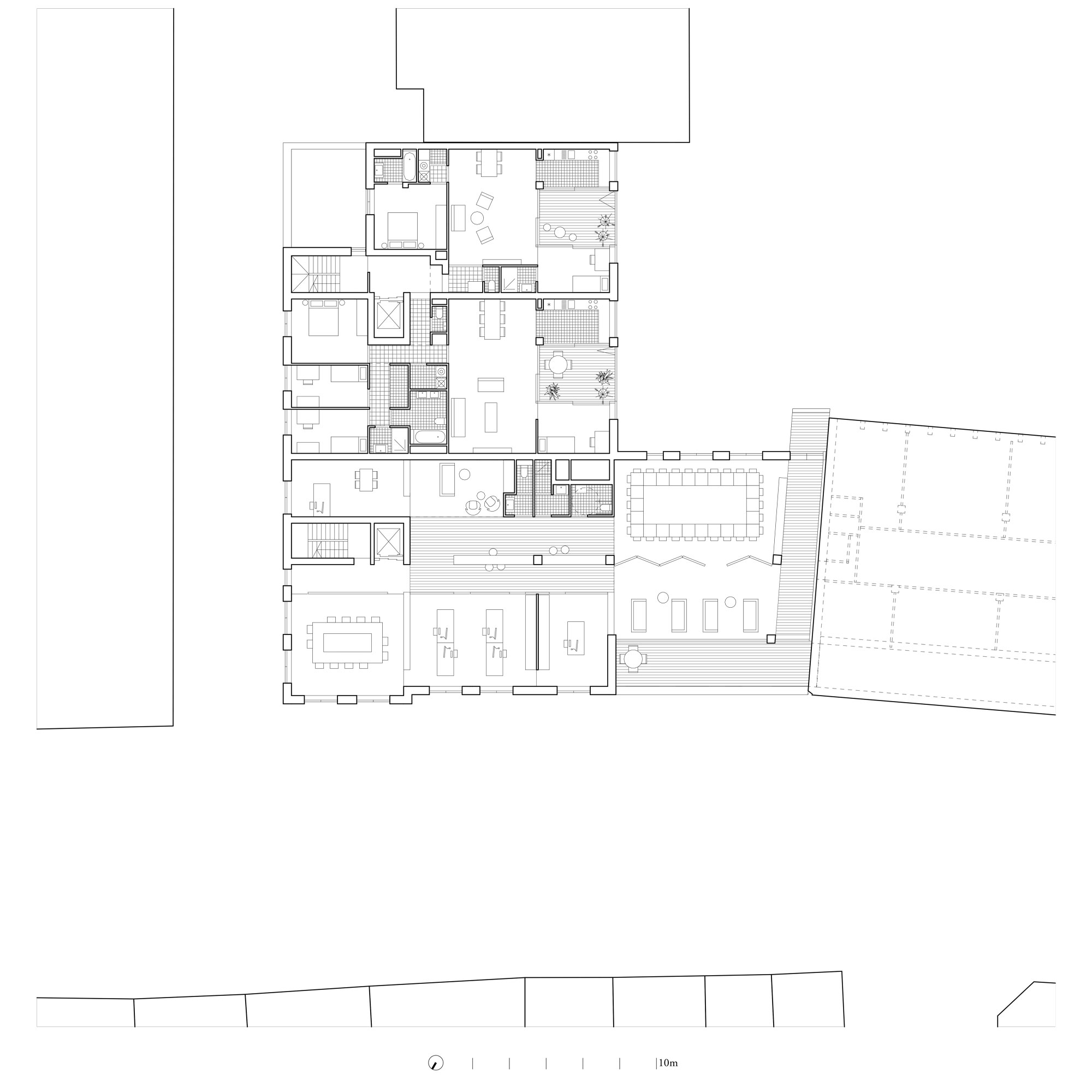 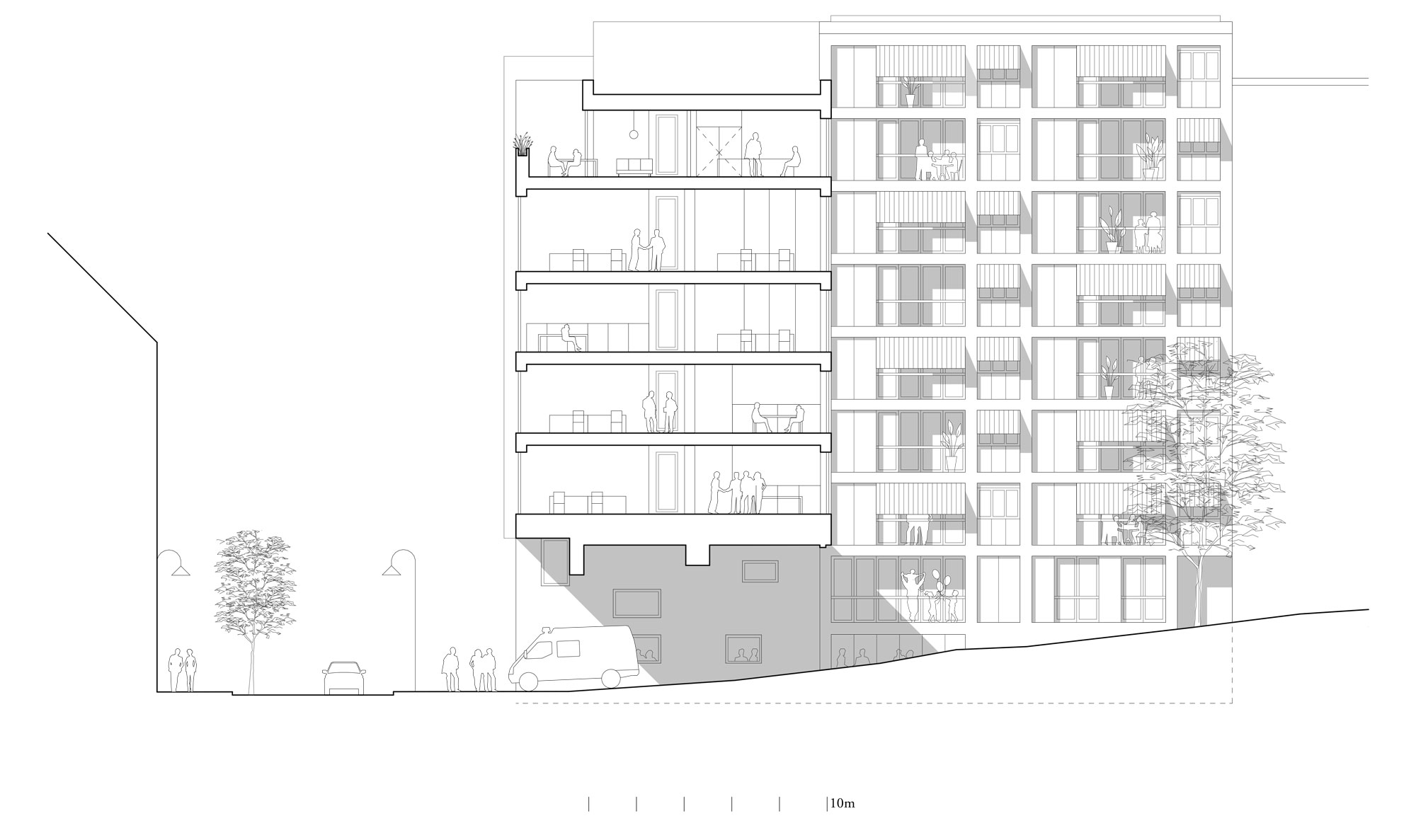 ‘Abri & co’ is a multifunctional corner building, which is a part of the general revitalisation programme for the popular neighbourhood Marolles. The Marolles is characterized by two parallel yet intertwined worlds: ‘front-’ and ‘backstage’. Abri & Co responds to the realities, expectations and needs of both of them. Offices, a shop and an entrance to the hospital serve the supralocal users of the ‘frontstage’ and are oriented to the Hoogstraat. Dwellings and a daycare orient themselves to the local residents of the ‘backstage’ and are in close connection with the smaller side street, Abrikozenboomstraat.

The spatial layout is almost naturally derived from a careful reading of the boundary conditions: the site’s strong topography, required connection to the floors of the adjacent office building and the solar orientation. Offices, daycare and dwellings orient themselves both to the lively street side and to the sunny interior of the block, to the ‘frontstage’ and the ‘backstage’. Due to the steep topography, a ‘double’ ground floor is created. Both levels activate public space with a public/commercial facility on the lower corner and the daycare on the upper one.

The architectural expression of Abri & Co derives from the Marolles’ urban fabric, which is composed of two scales, two distinct grains. The main volume of Abri & Co refers to the bigger bodies of the adjacent office buildings. The facade combines the vertical rhythm of the row houses across and the horizontal articulation of these offices into a grid.  Volumetric fragmentation and different floor heights divide this grid and volume into fragments on the scale much closer to the myriad row houses which characterize the Hoogstraat.This way Abri & Co becomes a contemporary answer to the needs of a diverse neighbourhood staying truthful to its versatile identity and adding a new layer to its long history.