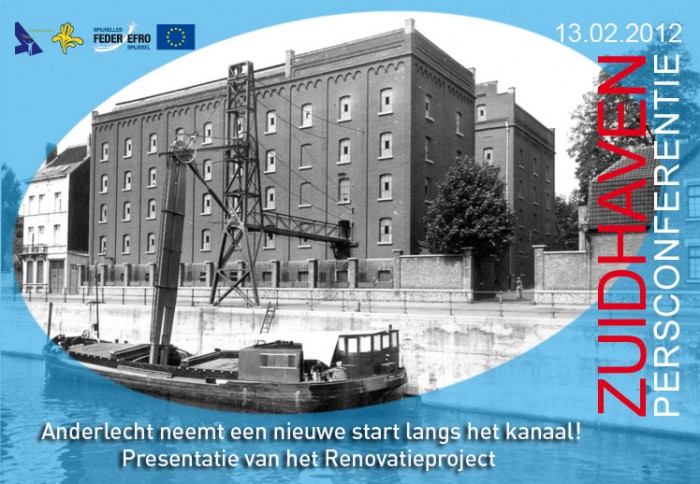 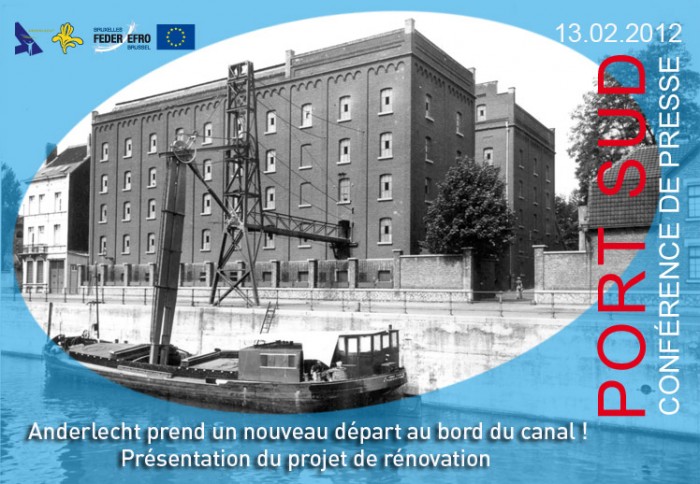 Fabrice Cumps, chairman of the organisation in charge of Port Sud, will hold a press conference on the winning proposal of BOGDAN & VAN BROECK ARCHITECTS for the reconversion and renovation of the industrial site of the former mill along the canal in Anderlecht (BE), Demetskaai 23. Together with the Board of Directors of Port Sud and the minister of Environment, Energy and Urban Renewal of the Brussels Capital Region, Evelyne Huytebroeck, he will present the project of around 4 000 m², with a strong focus on interaction, time and accessability. BOGDAN & VAN BROECK ARCHITECTS will give a lecture on the complete architectural concept and design of the ‘Moulart’-project.

This project is a crucial part of the ambitious Port Sud development and is an important milestone in the progress of the canal area of Anderlecht, with its mix of functions such as a space for Small and Medium Enterprises and an Interpretation Centre on the Neighbourhood around the canal.

Where: Euclides centre for enterprises and local development, Scheikundigestraat 34-36, 1070 Anderlecht (BE)