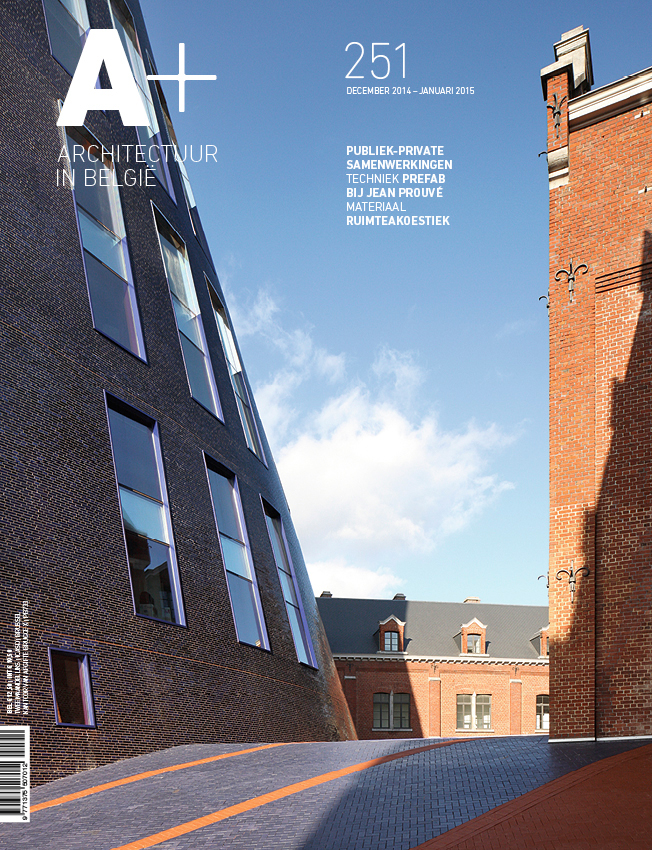 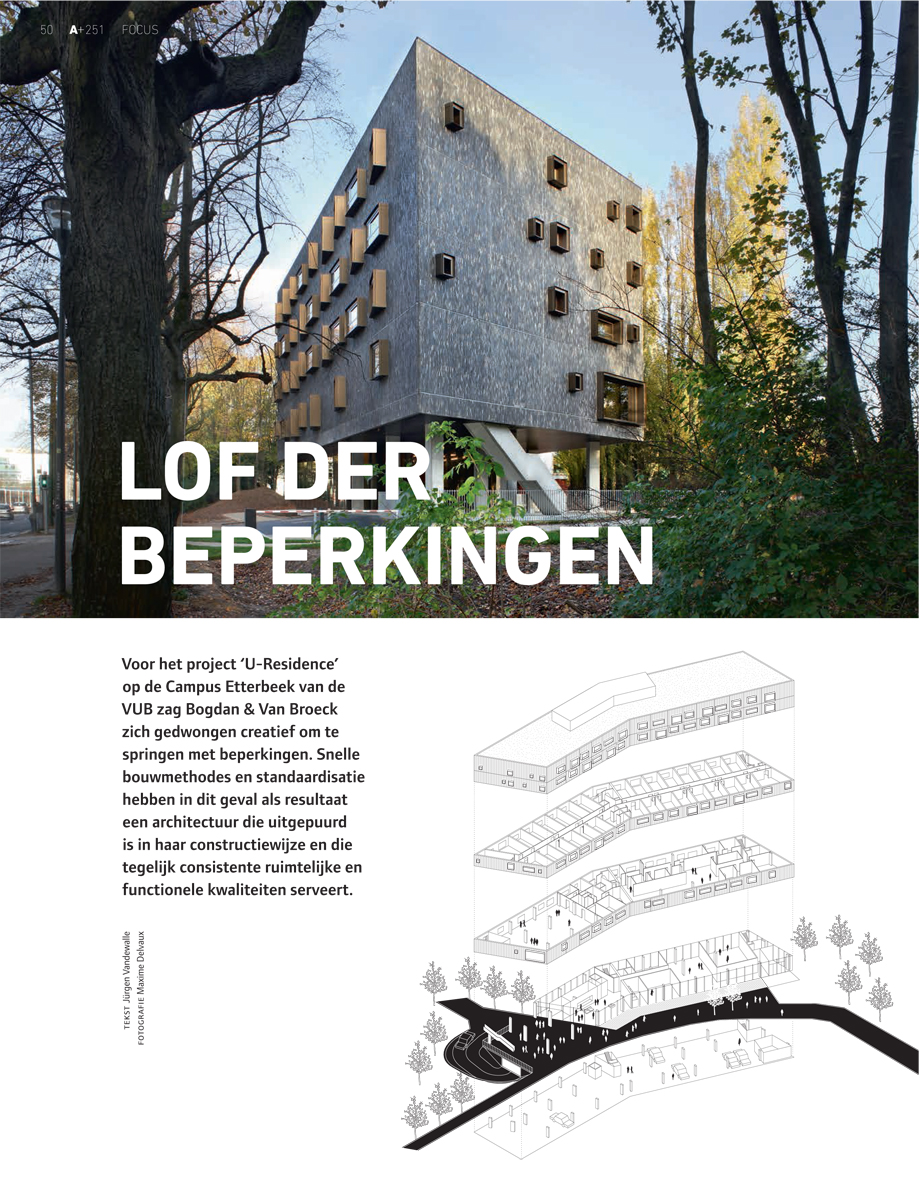 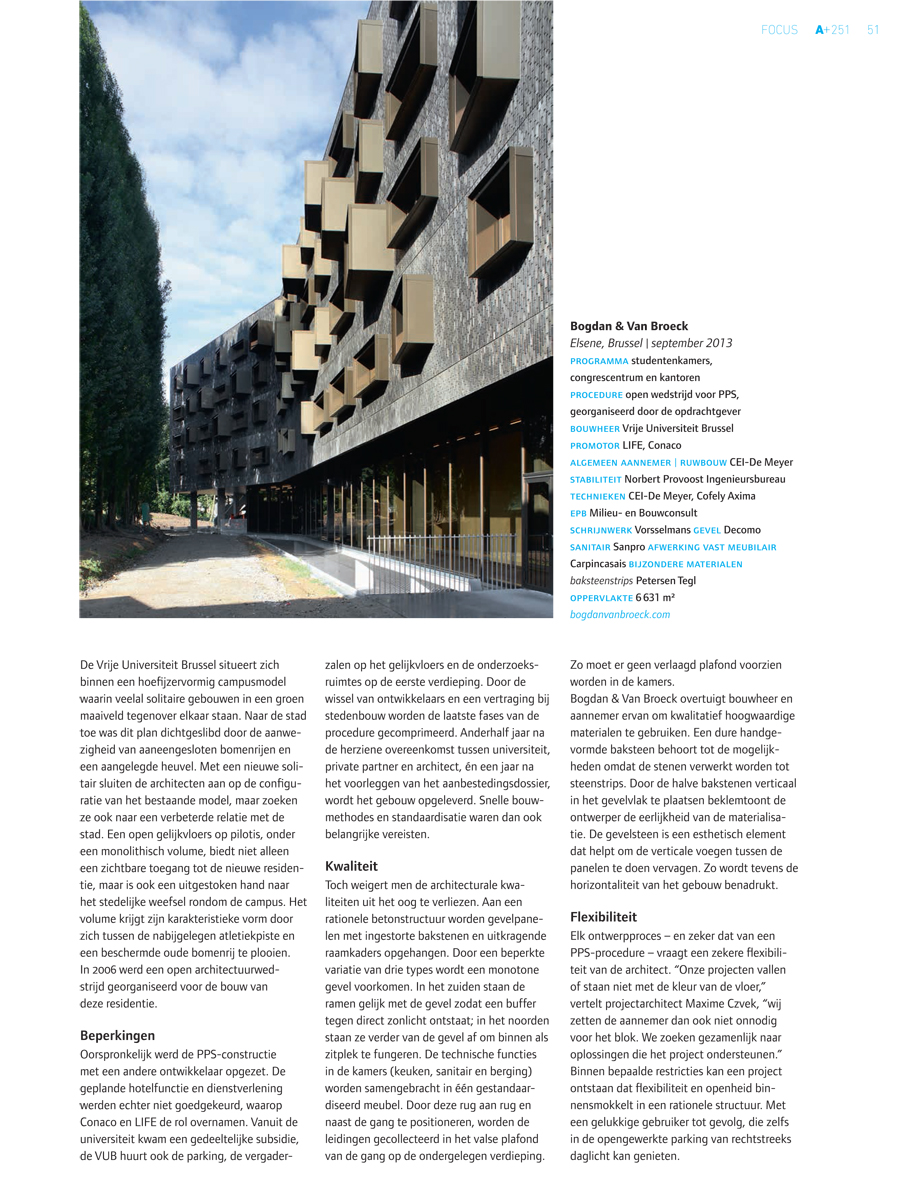 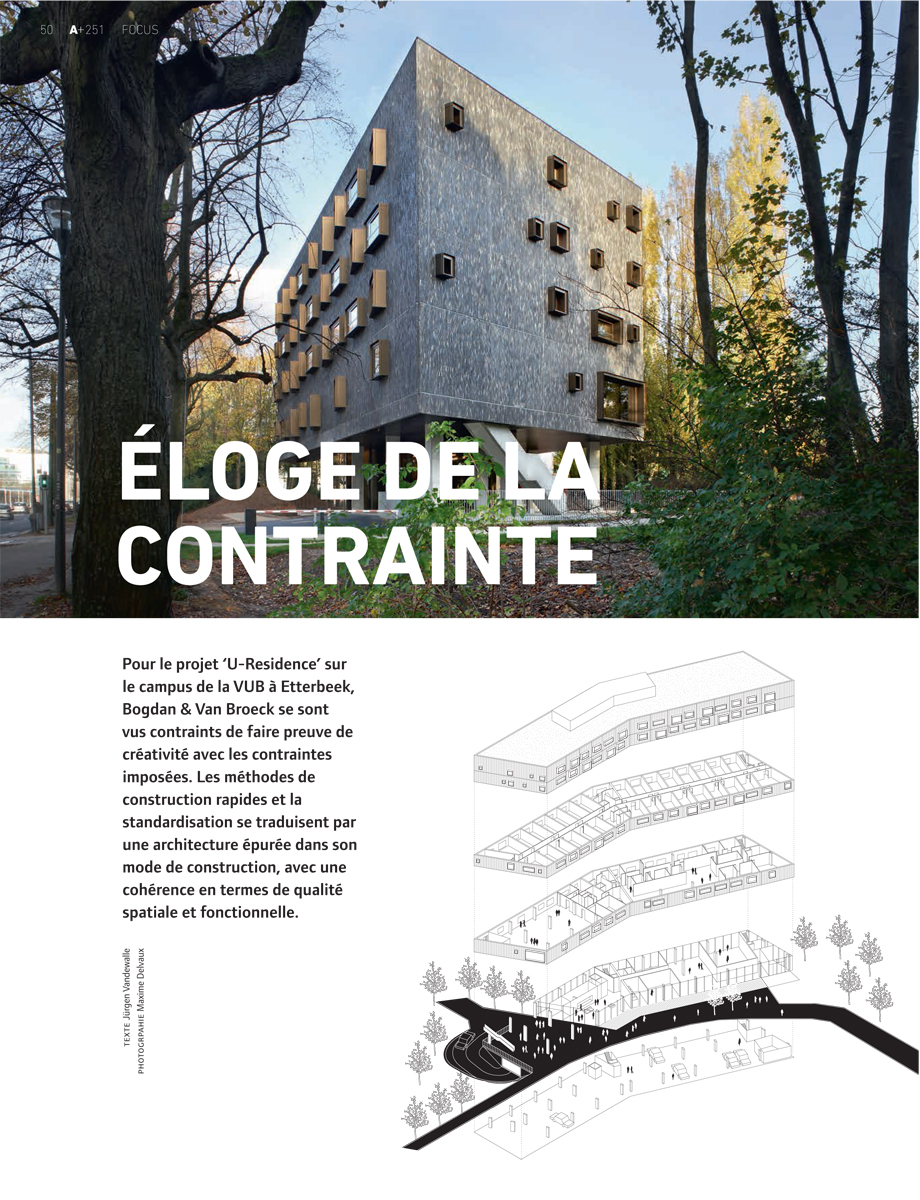 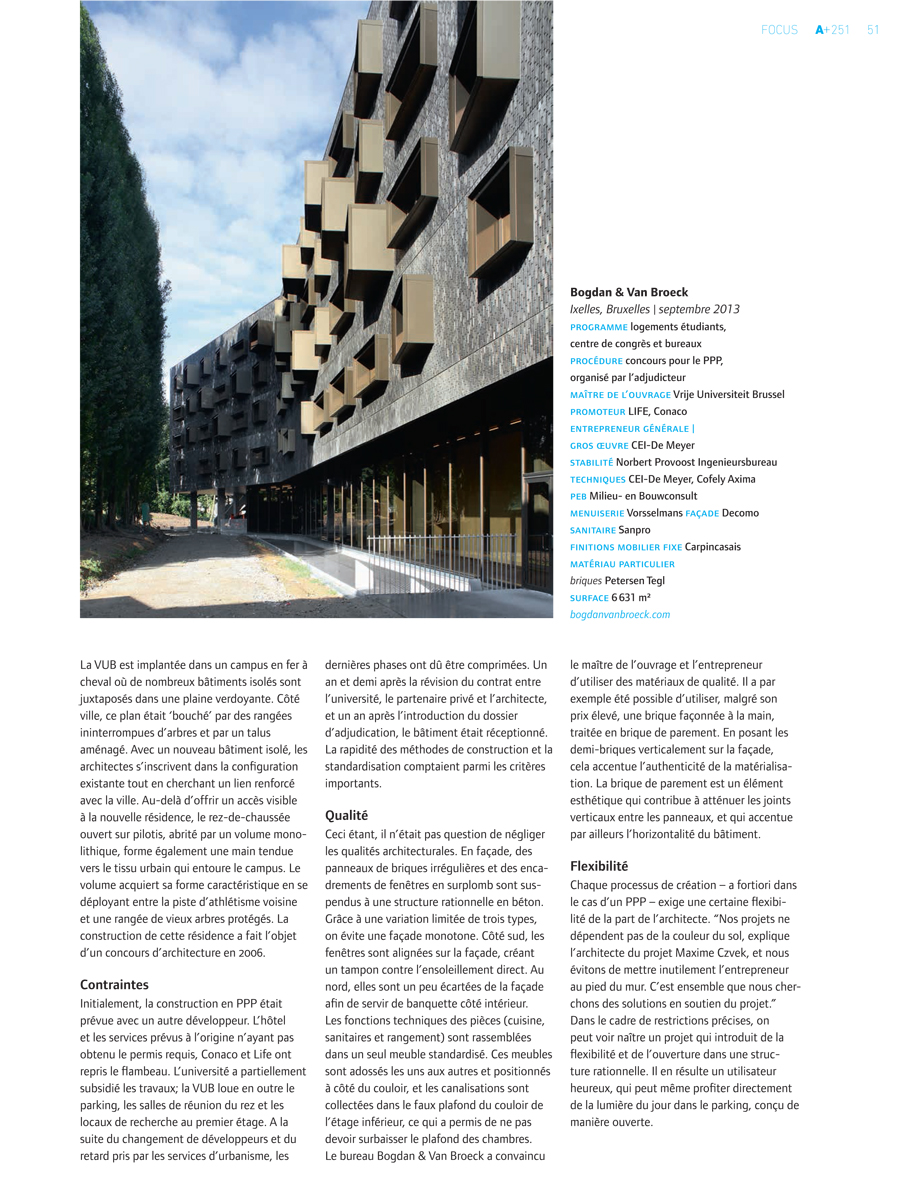 In A+251, the Belgian architecture magazine zooms in on PPP or public-private partnerships, as part of “Focus”, an integral part of A+ in which the magazine analyses a contemporary topic of architectural discourse.
PPP, DBF, DBFM, etc. are different ways of development to allow for a joint-venture of several partners, and are being questioned and tuned for future successes.

One of our projects, VUB U-residence, is featured as an example of “good practice” of such a PPP-process, as the project managed to integrate and consolidate all the interests from different stakeholders (local authorities, promotors, developers, contractors and end-users) into the design and build process.