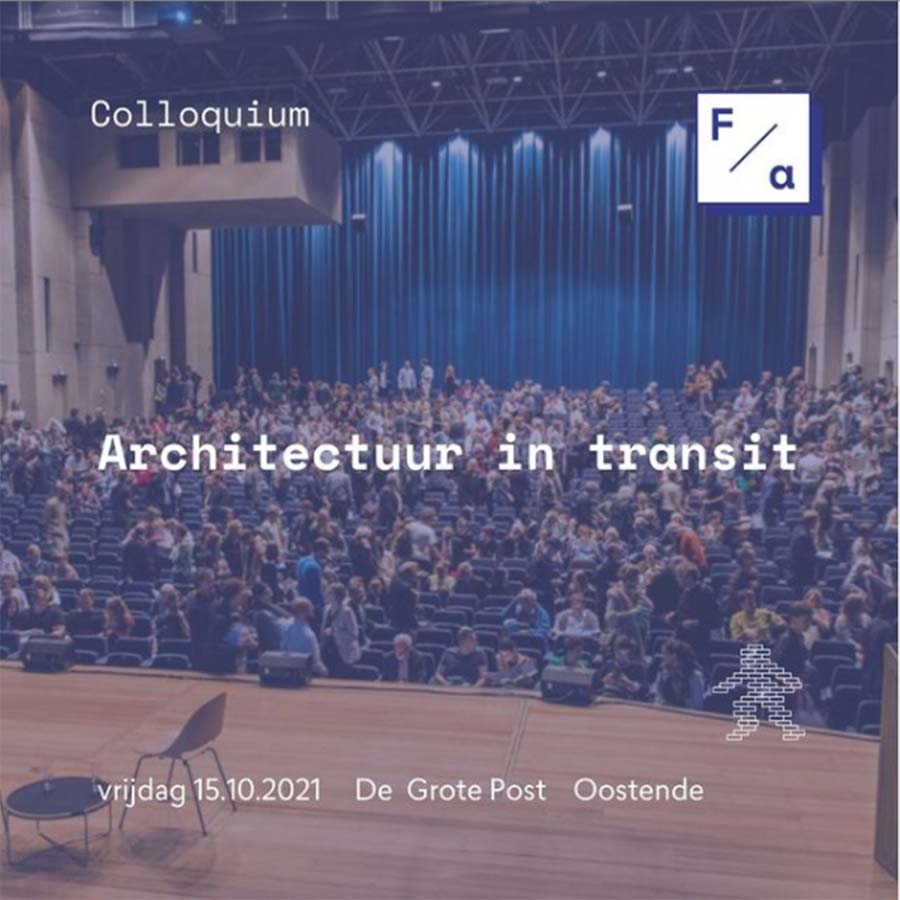 On Friday the 15th of October, Oana Bogdan will join the panel  ‘Living together in transit: the architectures of transition’ at the International conference ‘Architecture in transit’.

From the fluid city to (internal) migration, the changing climate and the legacy of Ostend’s colonial past: this international conference takes a closer look at architecture in transit.

As global flows of people increase, migration in all its forms plays an increasingly important role in architecture. This session addresses the issue of migration as part of the broader question of what it means to live ‘together’ in the 21st century. Expats, students and workers are just a few examples of migration. How do they shape the city where they (temporarily) settle? The social fabric of a city is partly formed by the interaction between its constantly changing population groups. What is needed for people to live together in an open city? In the first part, Lara Schrijver talks to Teddy Cruz and Fonna Forman about this subject in an international context. The second half returns to Belgium in a conversation between Stefan Tanghe and Oana Bogdan, again moderated by Lara Schrijver.

‘Architecture in transit’ is organised by the Vlaams Architectuurinstituut in collaboration with WinVorm en de Dienst Erfgoed from the Province of West Flanders.

Places are limited so make sure to reserve your spot over here!