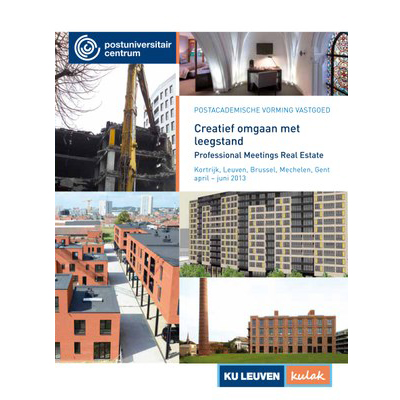 Leo Van Broeck has been invited by the Catholic University of Leuven to give a lecture at the masterclass “Creatief omgaan met leegstand” and to participate in the debate afterwards.

Together with the city of Leuven, Leo will explain how former industrial sites, such as De Mouterij and Centrale Werkplaatsen, can be transformed by means of new urban developments, and he will share the opportunities and pitfalls of such brownfield reconversions.

Afterwards, there will be a site visit of Centrale Werkplaatsen. The masterclasses are held between the 30th of April and the 4th of June, on different locations.

The entire program and further information can be consulted on the website of KU Leuven.