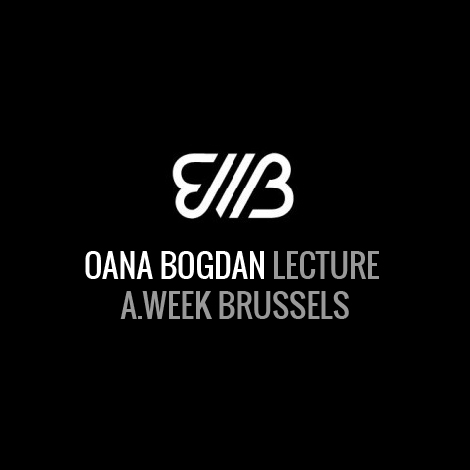 BOGDAN & VAN BROECK is participating in the first edition of A.WEEK, an initiative of the state secretary of urbanism, Rachid Madrane. From 13th until 20th of October (in between the Dag van de Architectuur and the Journée de l’Architecture), Brussels will focus on architecture in a number of ways: visits to construction sites and completed projects, expositions of the not-winning entries for architectural competitions (Lost & Found), lectures by several architectural offices and open-doors at the Brussels Chief Architect Olivier Bastin and a dozen of architecture offices.

On the list of our office’s contribution to A.WEEK:
– the exhibition of 3 not-winning entries for architecture competitions: a housing project in Vorst, the Brussels courthouse contest and the project Porte de Tervueren. Sunday 13th of October, 13h-22h, at the pavillion of A.Week, rue Ravensteinstraat 15, 1000 Brussels
– lecture of Oana Bogdan, founding partner of BOGDAN & VAN BROECK, on Wednesday’s lecture marathon, together with 51N4E, ARTER and MDW. Lectures from 19h-21h, at the pavillion of A.Week, rue Ravensteinstraat 15, 1000 Brussels.
– open-doors at our office, on Friday 18th of October.
– open-doors at VUB U-Residence, on Saturday 19th of October.

During the A.WEEK in Brussels, Oana Bogdan was invited to give a lecture at Bozar. The presentation consisted of a tour of some of the projects from the office that are directly situated in Brussels – watch Oana’s guided tour above, or directly on Vimeo.